Man’s best friend has been a muse for artists since ancient times. There’s no doubt...

An interpretation of A Grey Hunter with a Groom and a Greyhound at Creswell Crags by George Stubbs, the original circa 1762-4.

An interpretation of A Grey Hunter with a Groom and a Greyhound at Creswell Crags by George Stubbs, the original circa 1762-4.

The grey horse presumably belongs to a nobleman or gentleman, its stocky build and short legs make it ideally suited to follow the greyhound in pursuit of the hare over the rocky moorland terrain. The man's costume of dark blue coat with red collar and red buttonholes suggests that he is a groom on duty, wearing the livery of a servant of some now unidentified owner. The animals are depicted in typically lively manner, the greyhound's natural curiosity engaging the horse's attention in a sort of animal 'conversation piece'.
The setting is Creswell Crags, Nottinghamshire-Derbyshire border where, it has been suggested, Stubbs witnessed the scene depicted. Stubbs also used Creswell Crags for the background in numerous other paintings of the 1760s. 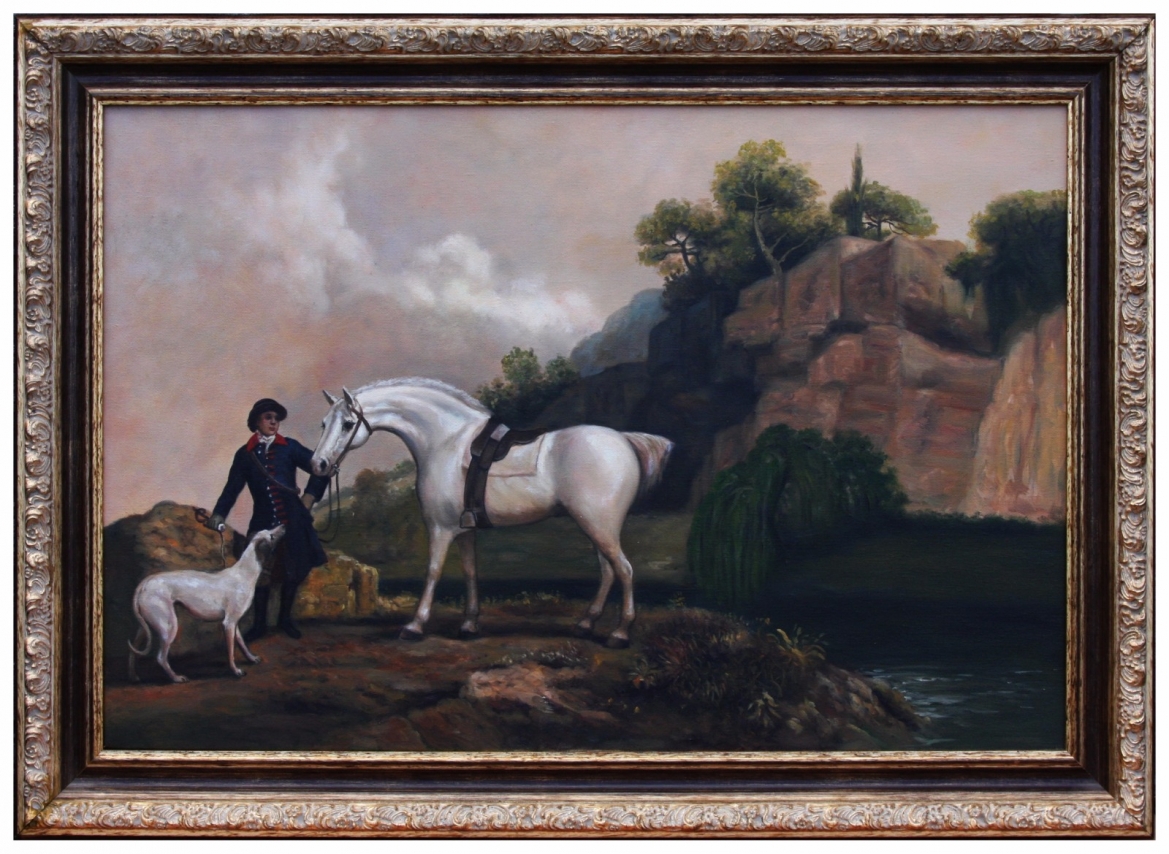 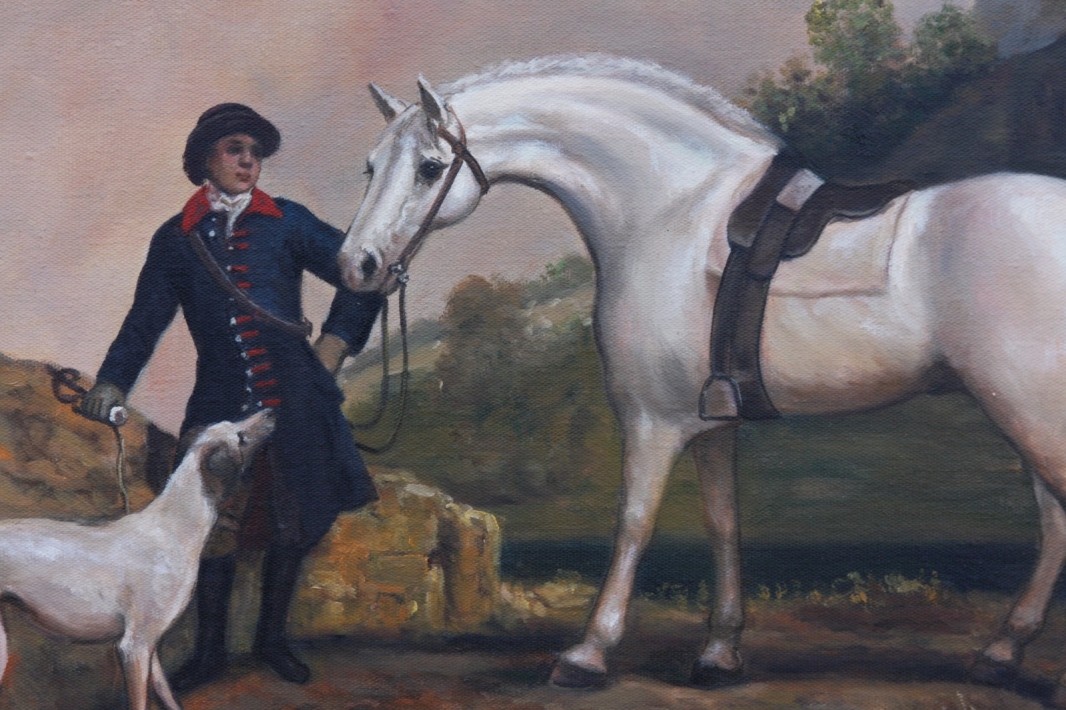 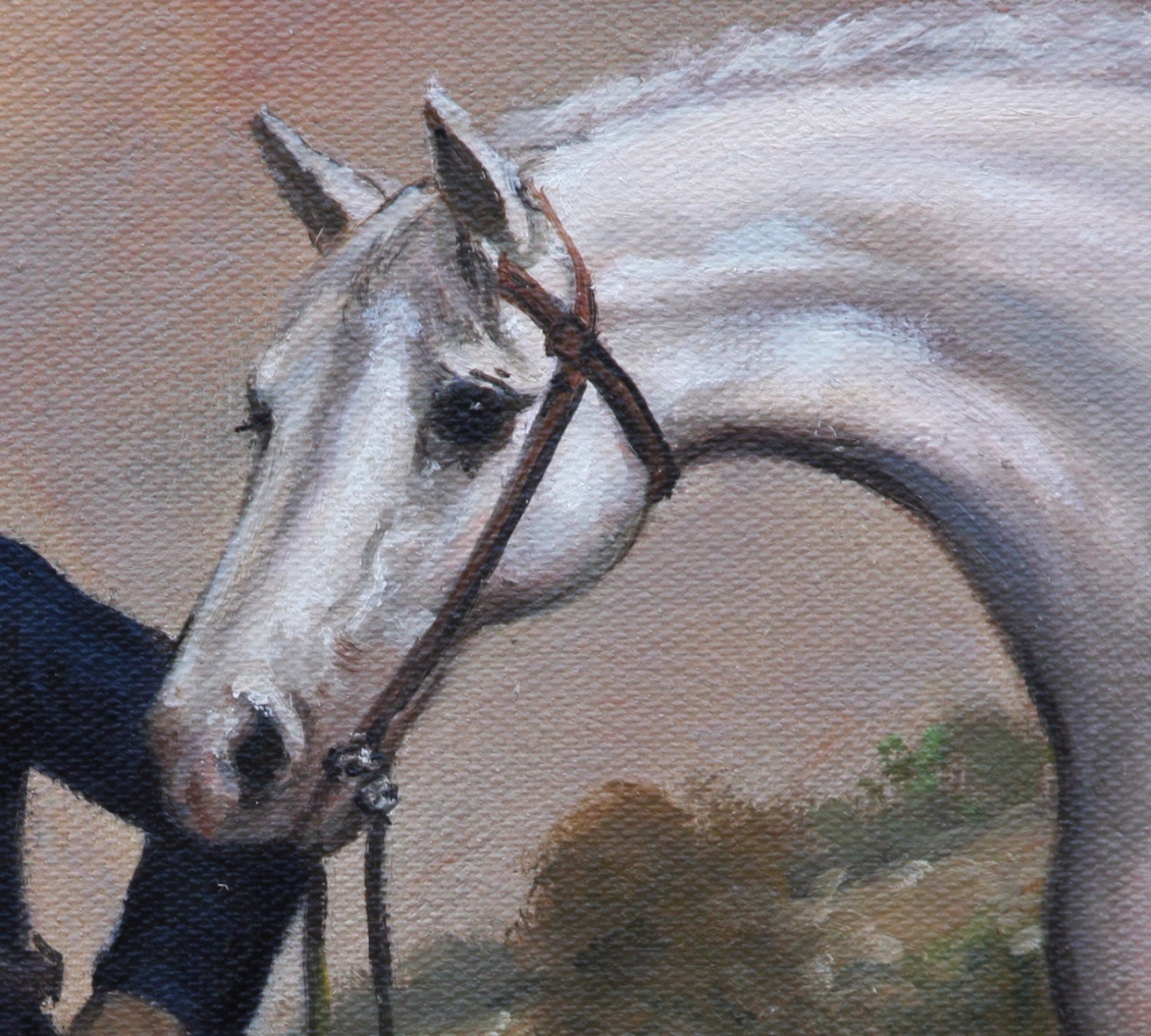