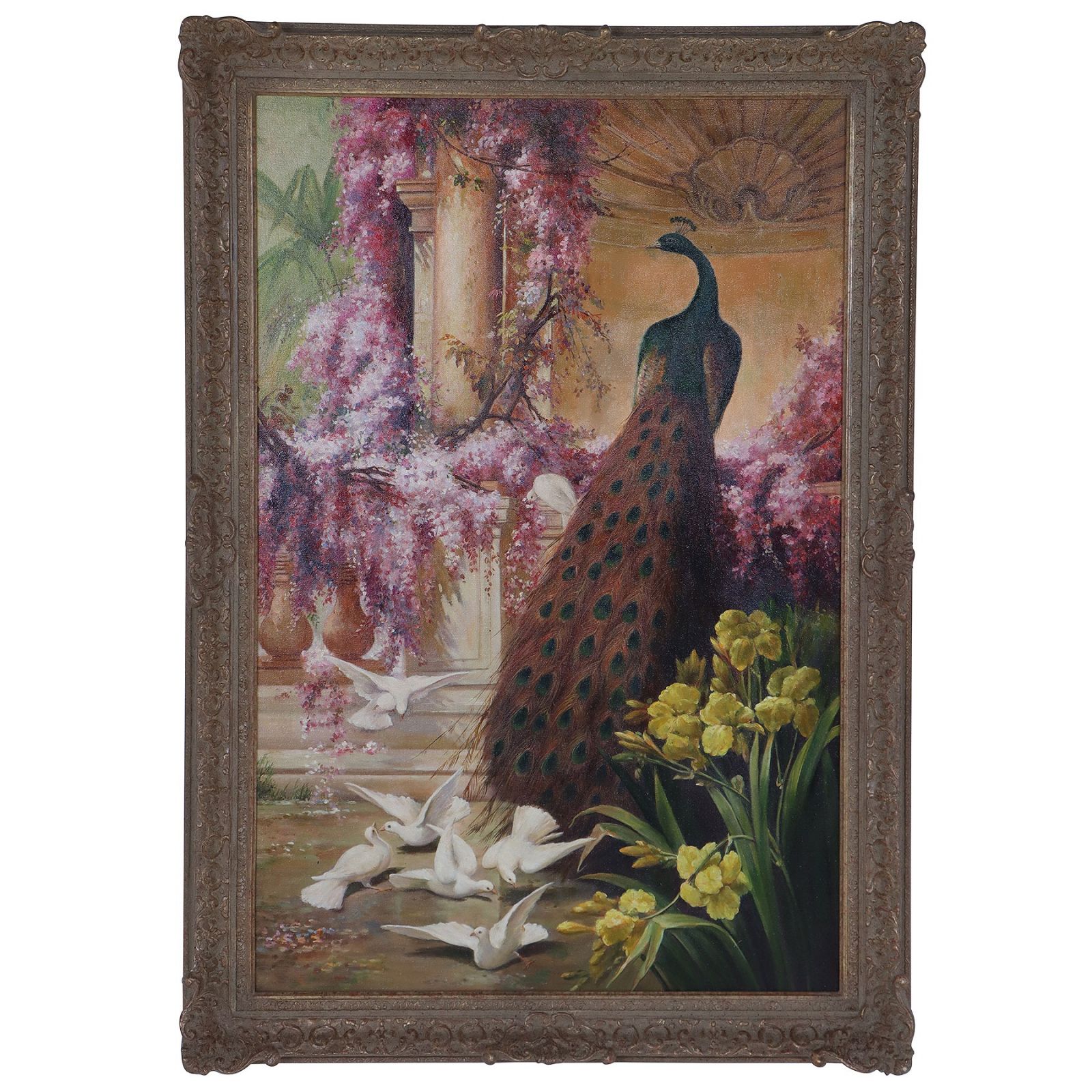 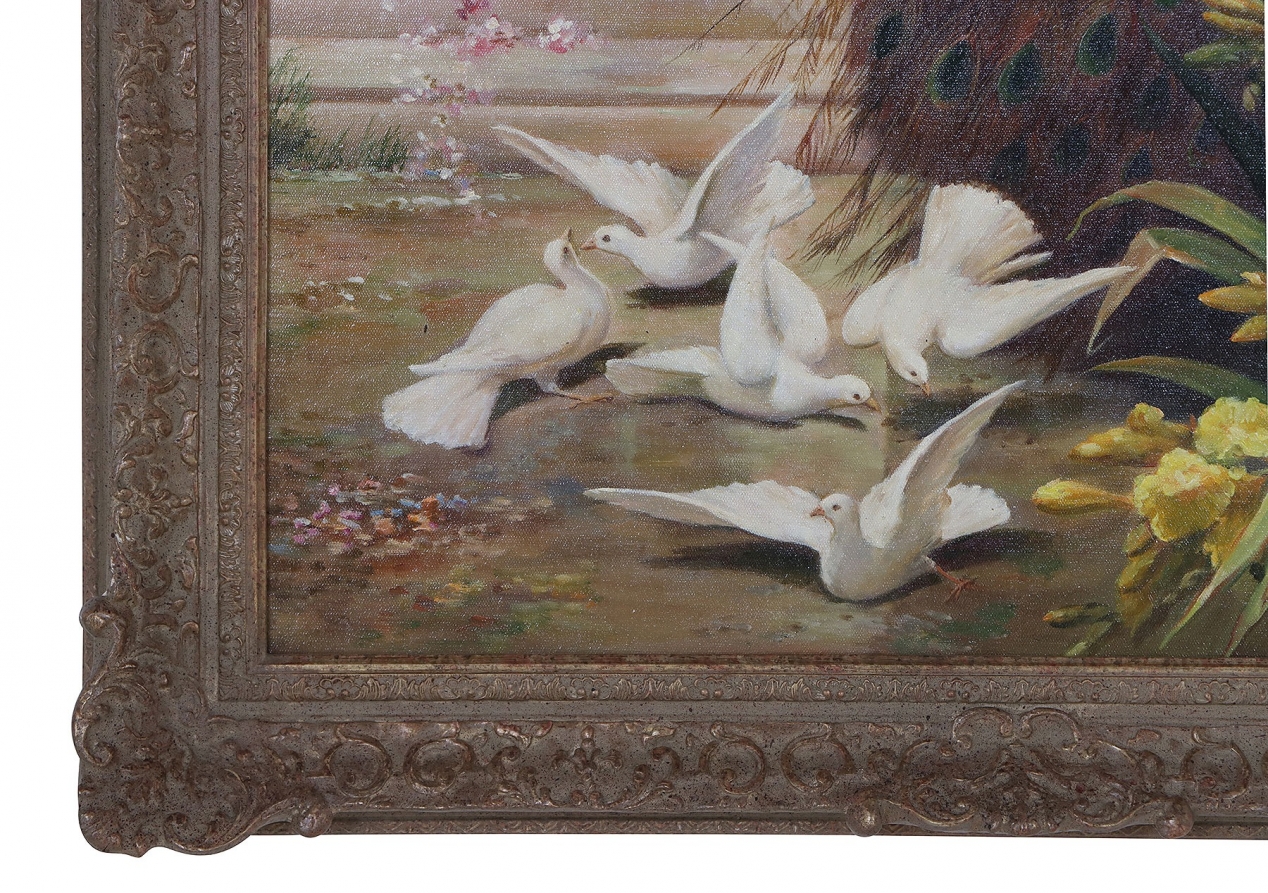 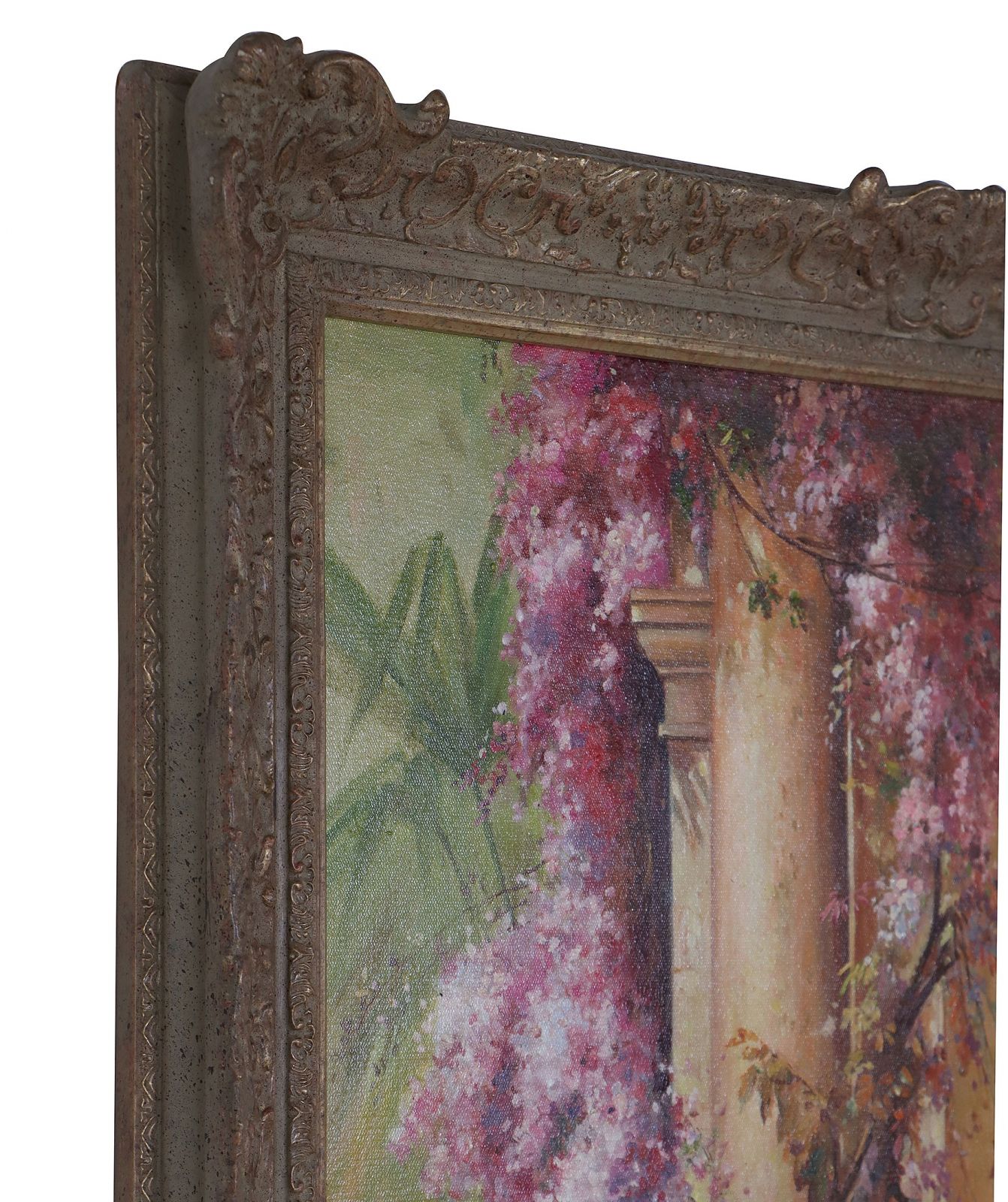 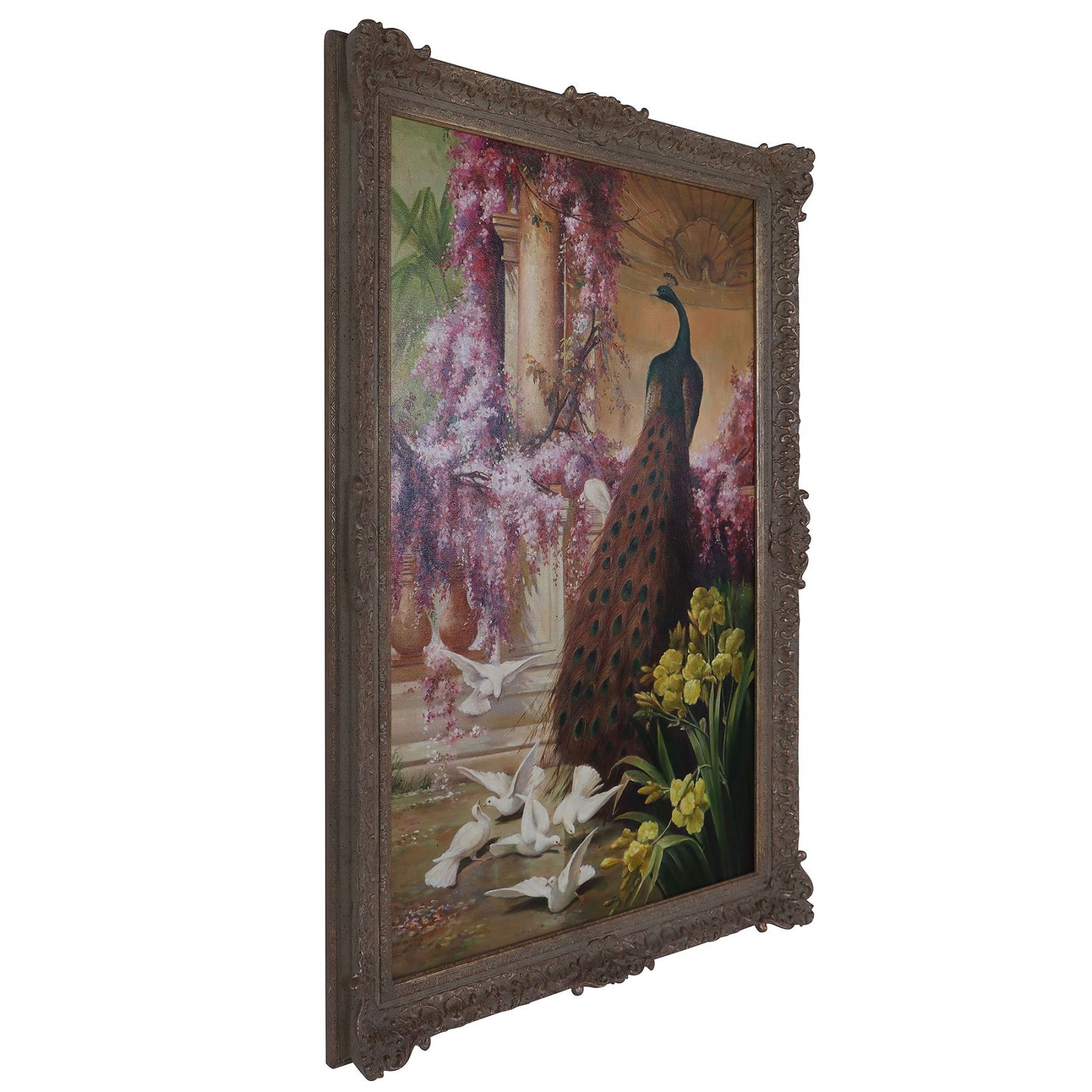 Bidau was a French painter, most notable for his still lifes studied under Baptiste-Joseph Lechat and the portrait and genre artist Léon-Désiré Alexandre, both of whom exhibited at the Salon des Artistes Français in Paris. Bidau made his own debut at the Salon in 1863 and continued to exhibit there for many years whilst also going on to win numerous awards by entering his paintings in exhibitions around different regions of France. Eugène Bidau was also a tlatented decorator and was involved with the decoration of the Hôtel de Ville, Paris. The original 'A Peacock and Doves in a Garden' was painted around 1888.

Our specially commissioned oil painting on canvas has been treated with ageing varnish to mellow the paints, then stretched and mounted in a hand made 3.5" frame in special finish.