Interpretation of A Scene on the Ice near a Town by Hendrick Avercamp. The original was painted by Avercamp about 1615 and is held at the National Gallery, London. Under the pale winter sky a frozen waterway receding into the far distance provides the stage for lively diversions upon the ice, such as kolf (an early form of golf). It has been suggested that the town is Kampen, where Avercamp lived and worked, but it is more likely to be imaginary. Avercamp, known as 'de stom van Campen' (the mute of Kampen), became famous for his winter scenes. 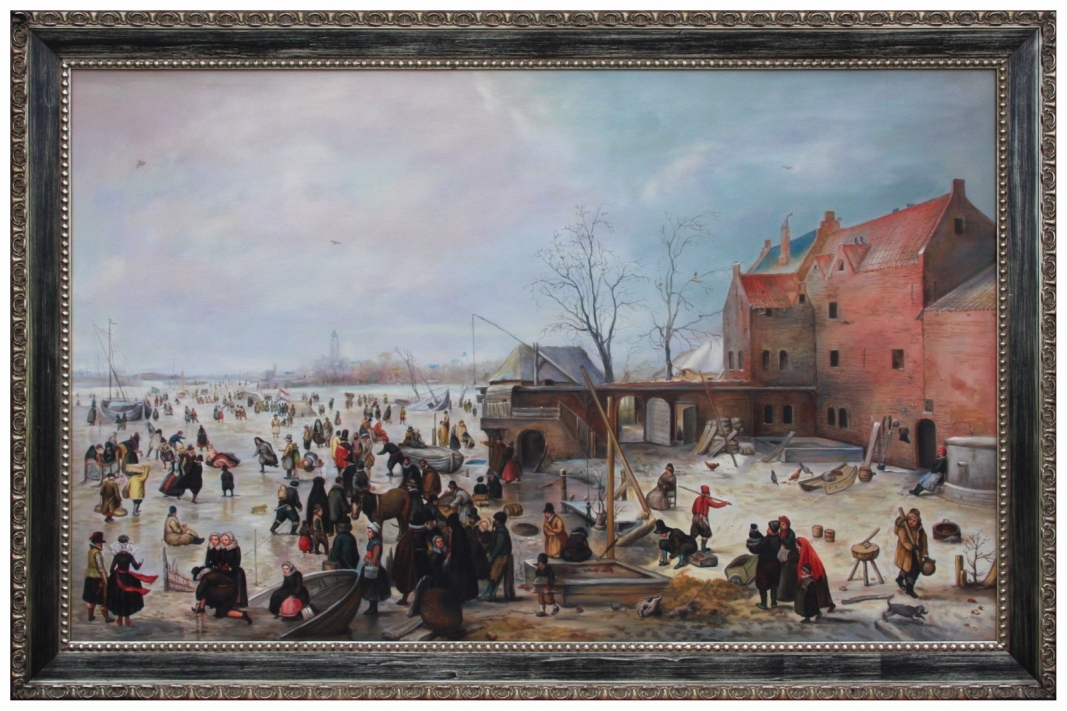 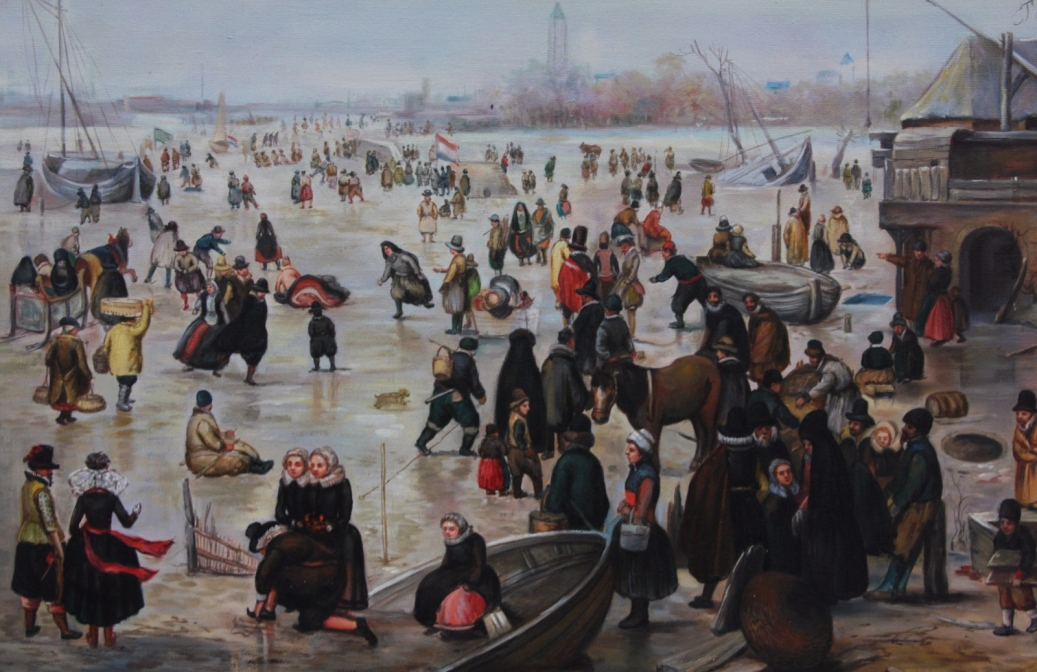 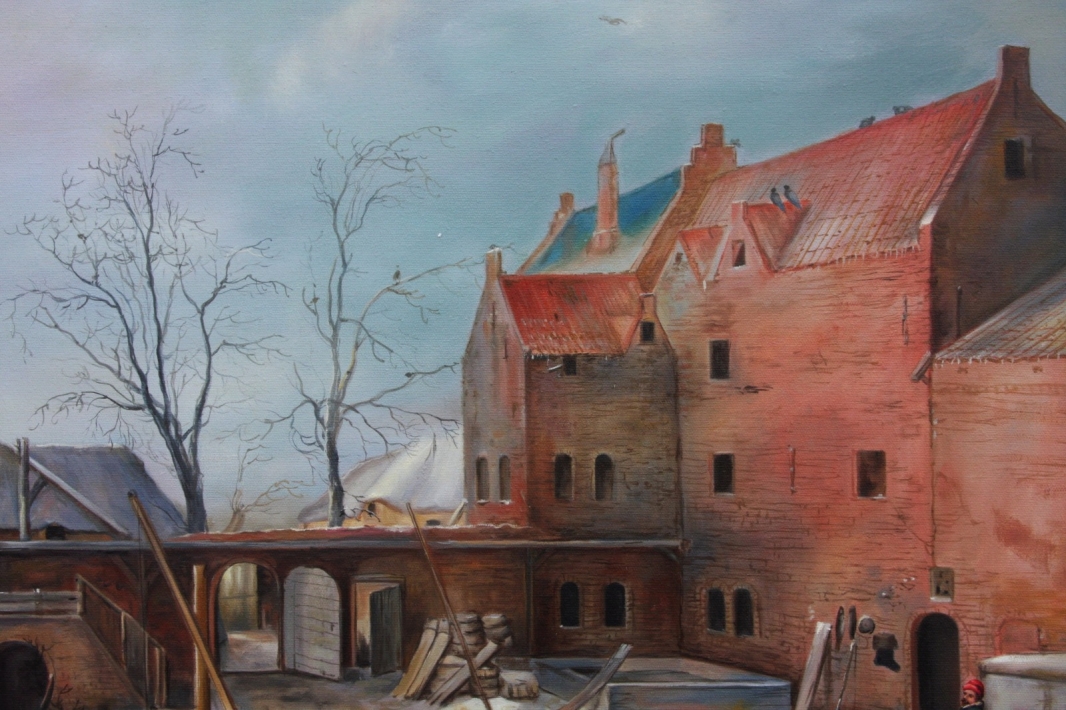