Oil Painting after "Apple Blossom: A Point to Point Race" by Wilf Plowman

Wilfred Plowman (1929 - 2015) was born in Leicester, Enland and studied at the Leicester College of Art, then London's Central School of Art under Paul Hogarth. Later, he attended the Academie des Beaux Arts in Paris, France where he also worked at the famous "Grand Chaumiere" attelier under Paul Goetz and Yves Brayer.

After working for many years as a graphic designer, illustrator and art director, Wilf Plowman moved to the south west coast of England concentrate on painting whilst gicing lectures on the subject.  He became internationally famous for his paintings of polo, hunting, carriage driving and other equestrian themes, many of which featured members of the British Royal Family. Wilf was honoured to have had paintings purchased by H.R.H Prince Philip, the Duke of Edinburgh and H.R.H. Princess Anne, the Princess Royal. - £80,000 was raised for charities from selling limited edition prints of H.R.H. Princess Anne's painting.

Brights of Nettlebed worked with Wilf Plowman for a significant period, commissioning several artworks for our private collection.

The painting is signed in the bottom right and dated 1990 and the original stretched canvas has been mounted in a hand made fluted 3.5" frame with light antique patina. 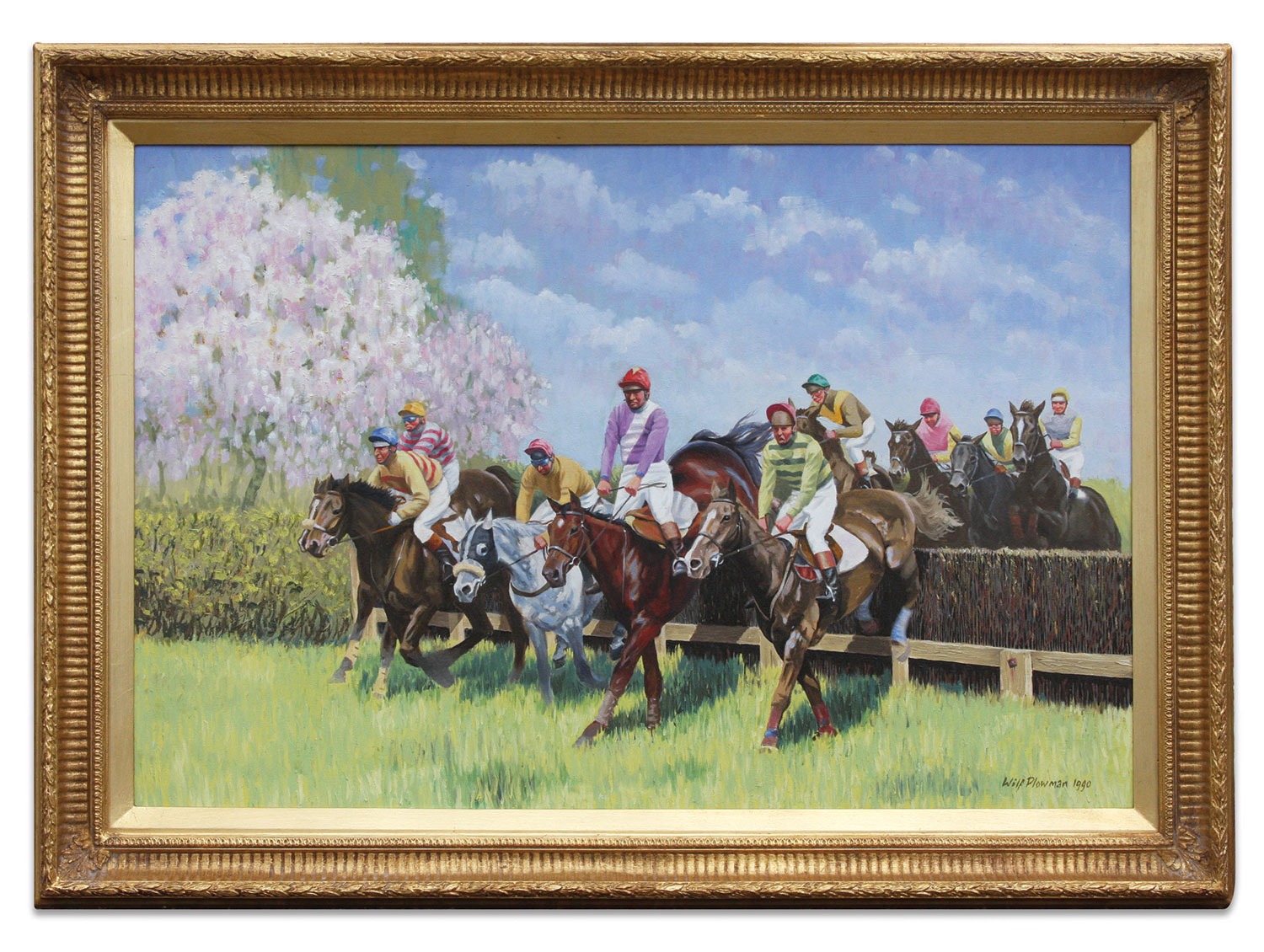 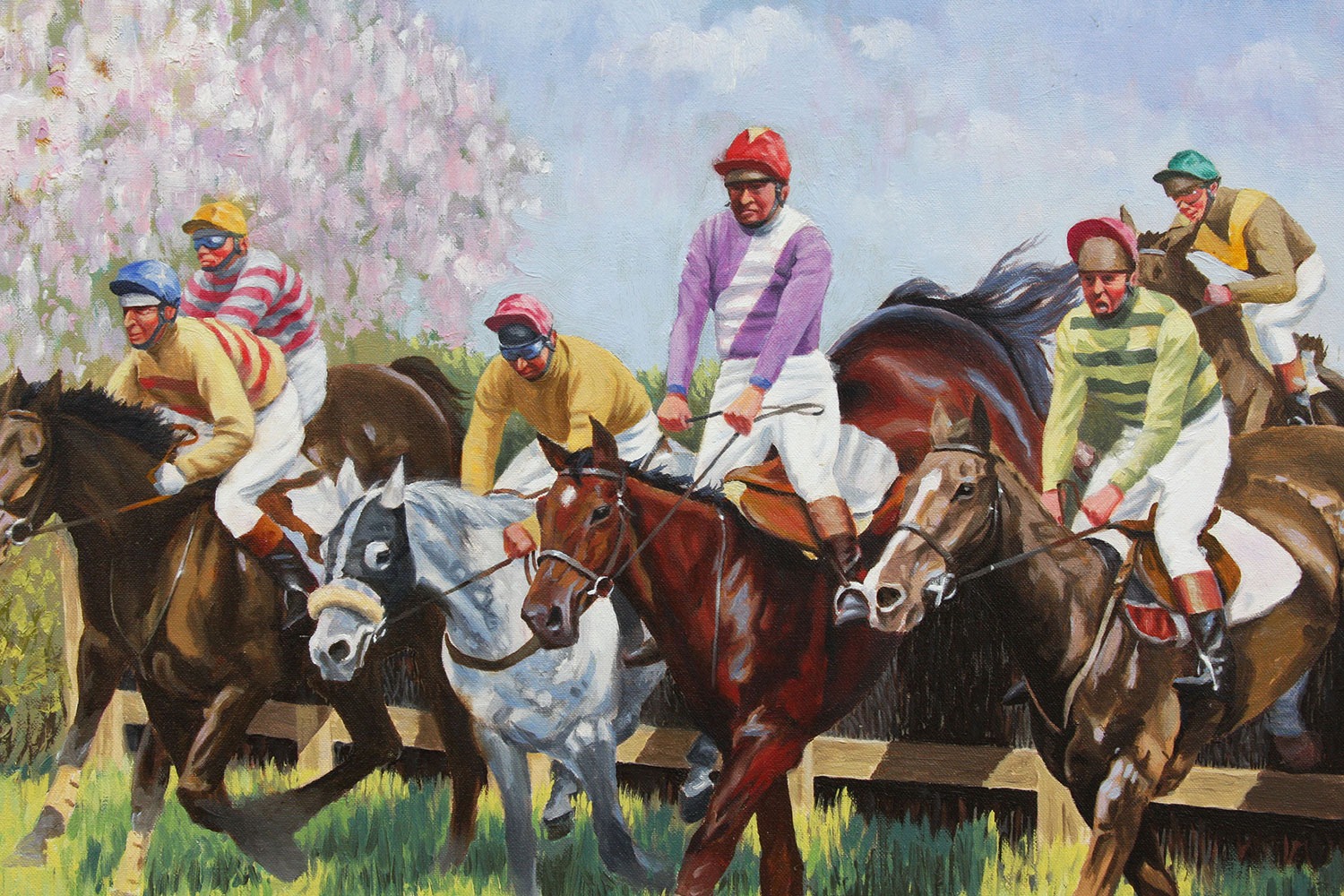 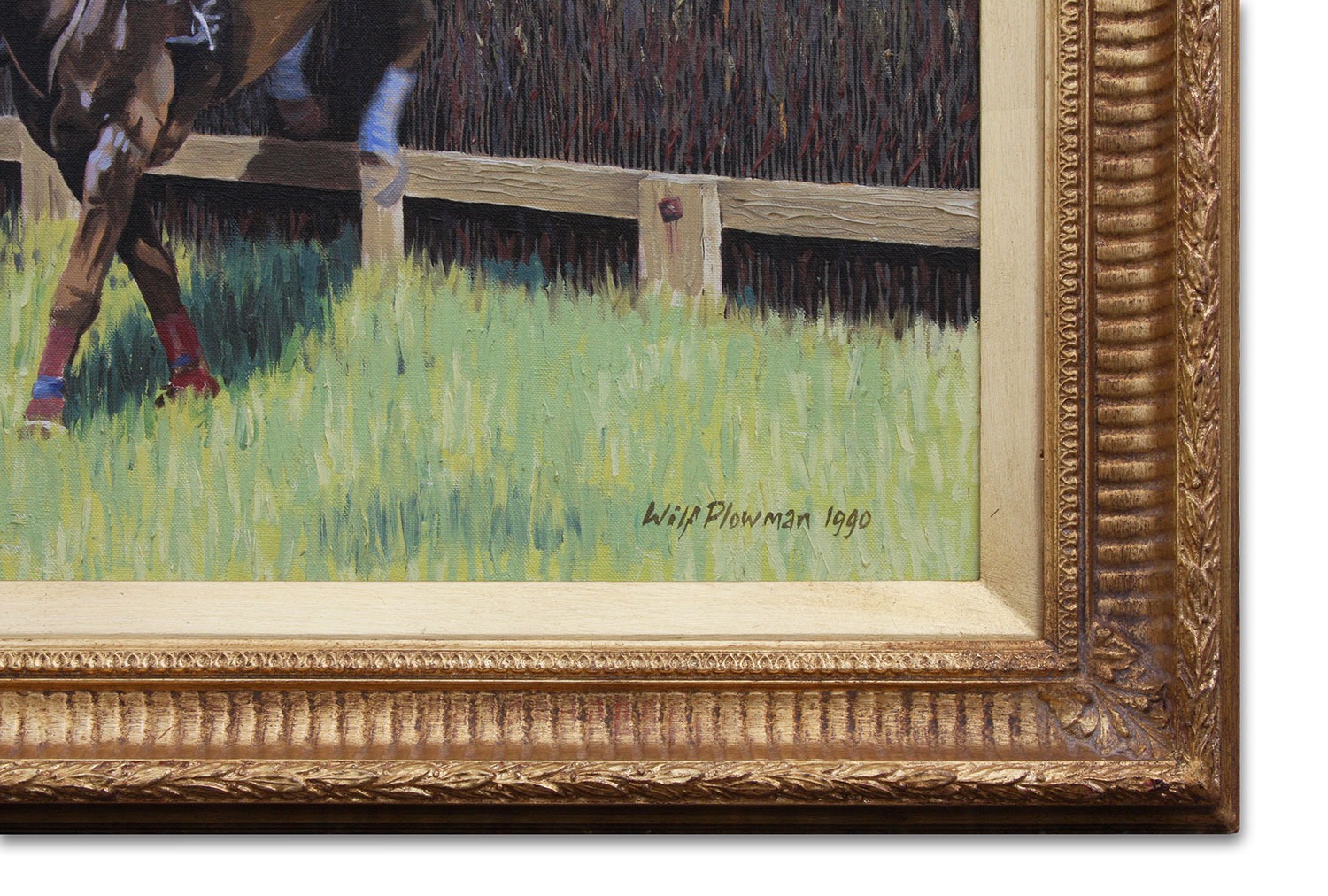 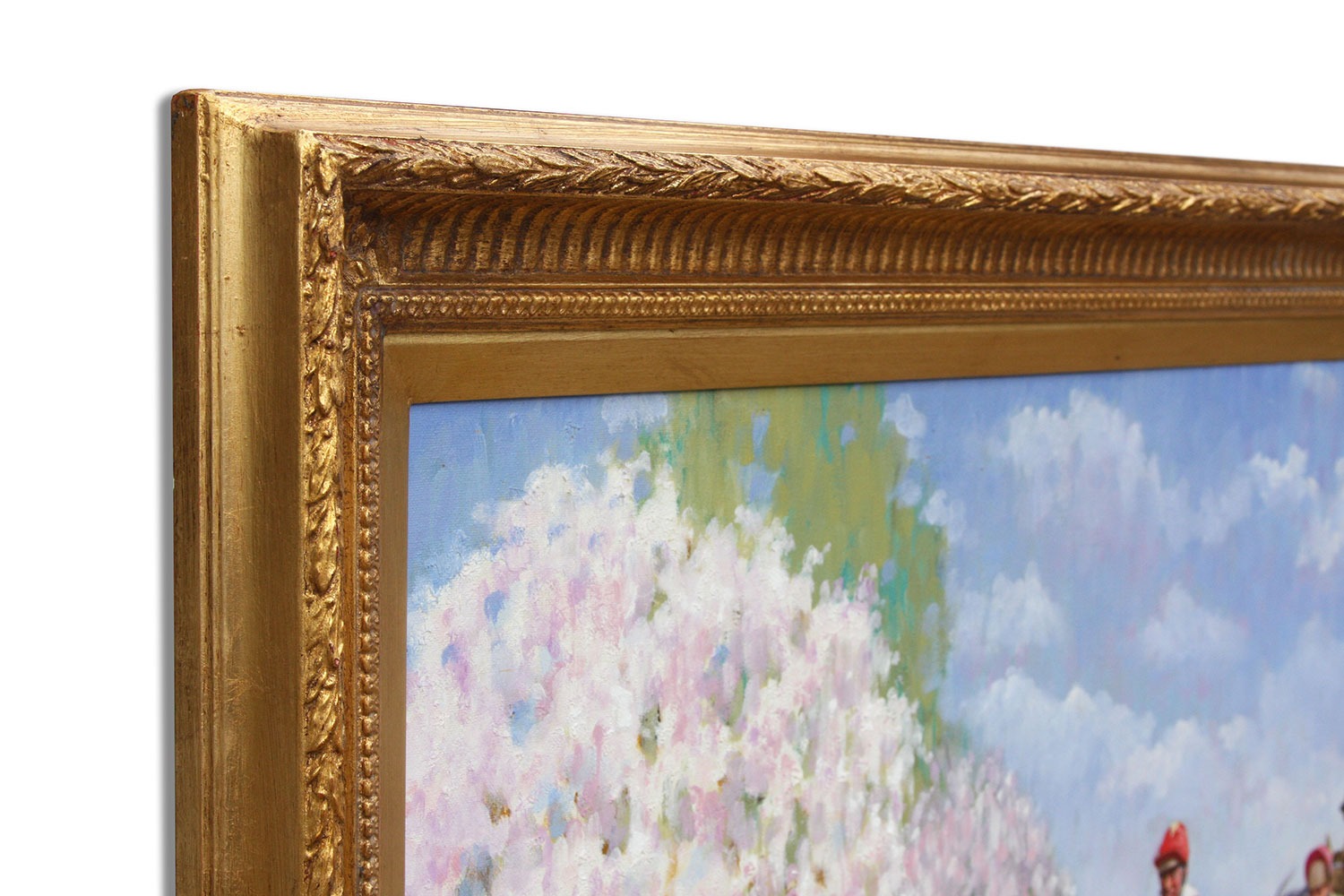