COVID-19 – Whilst our retail showrooms are closed to follow Government guidelines, we will continue to provide a high quality personal service to all our clients. You will be able to reach us on 01491 641115 to discuss any ongoing orders or new orders and the bespoke furniture and room design team will continue to work as normal. Deliveries can continue to take place following the social distancing policy and health and safety recommendations. The well being of our staff and clients is important and we have introduced strict hygiene procedures into our already meticulous cleaning regime. Warehouses and company vehicles are disinfected daily, anti-bacterial gel and face masks readily available.

Tucked way in the scenic gardens of our Nettlebed showroom are two examples of iconic British d...

in stock
Part of Accents and Accessories
Read more

Boats at Chingkiang, original framed oil on canvas by artist Liu Shaohua. This original artwork was selected by us directly from the artist.

Liu Shaohua was born in 1951 in Beihai City in the Chinese Province of Guangxi.

After his own art studies, he himself became a tutor in the Art Scademy of Guangxi Province, later progressing from Dean to Visiting Professor.

He is particularly influenced by water and traditional sailing and fishing vessels, in Chinese rivers.

As well as provincial exhibitions, Shaohua has won prizes at national level. His Pheonix Gulf II and Fishing Vacation received national awards and were purchased by the China Arts Of Painting Bureau, for the nation. 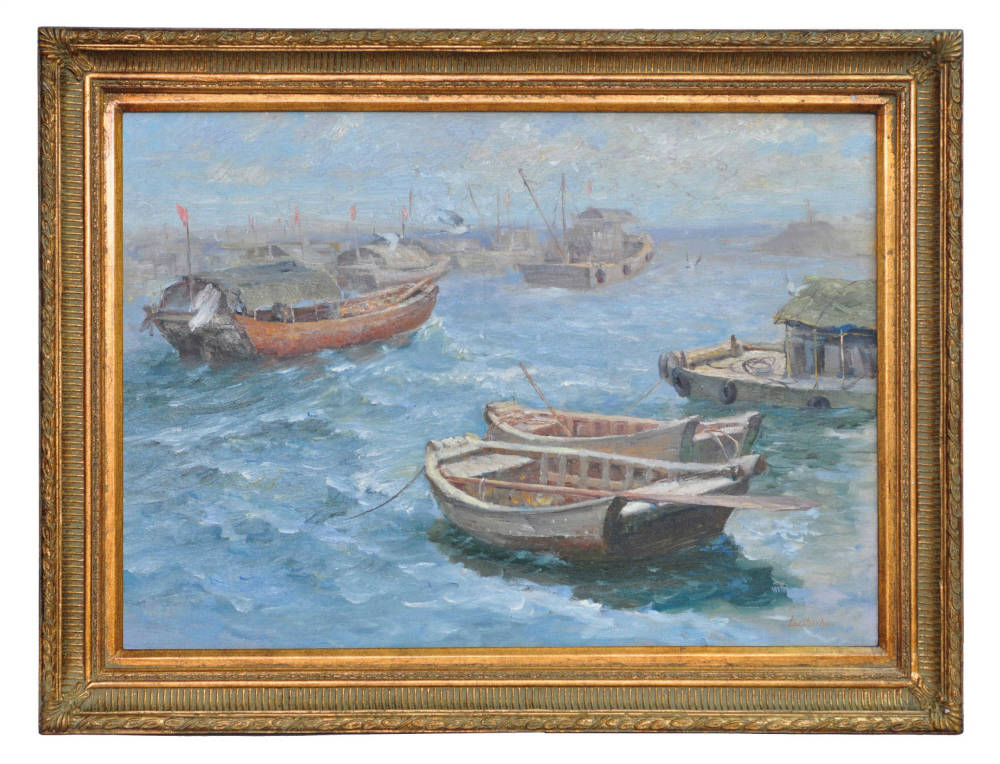