Bust of a Roman maiden on raised pedestal

A stone bust pf a Roman maiden after an original by the renowned 19th century sculptor Charles Francis Fuller (1830-1875).

A stone bust pf a Roman maiden after an original by the renowned 19th century sculptor Charles Francis Fuller (1830-1875). The bust sits on a fluted pedestal in the manner of the renowned 18th century architect Robert Adam. The elegant swagged design is in the Adam style developed from his theory of "movement" in architecture, based on his studies of antiquity. Robert Adam became one of the most successful and fashionable architects in the country.

Made in England by skilled craftsmen using a unique form of cast limestone with a surface texture similar to Portland stone. This stone sundial will mature like natural stone whilst exceeding strength requirements set by the United Kingdom Cast Stone Association. 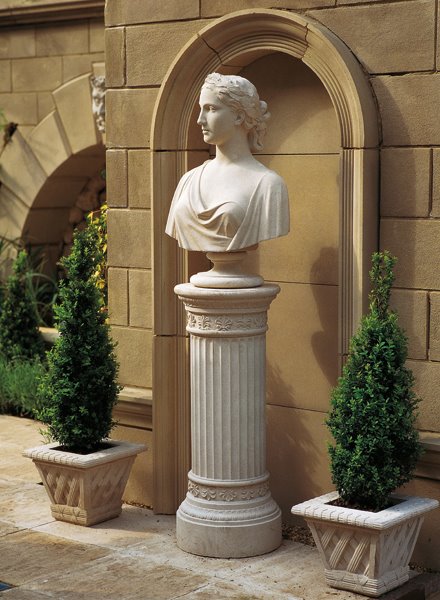