This intricately detailed model of RMS Titanic is fully fitted with wood decking, hulls and rigging.

This intricately detailed model of RMS Titanic is fully fitted with wood decking, hulls and rigging. Our handmade replica come complete with fine details such as railings, windows and flags, accurate to those found on the tragic vessel itself. RMS Titanic, which was once the largest moving man-made object on earth, was considered ‘unsinkable’ and set sail in 1912 before hitting an iceberg and sinking on the evening of April 14th, resulting in the loss of more than 1,200 lives. To this day, the Titanic remains the most infamous nautical disaster in history and a fascinating topic for fans of history and shipping. Items relating to the RMS Titanic, such as this attentively crafted model, are considered highly collectable. 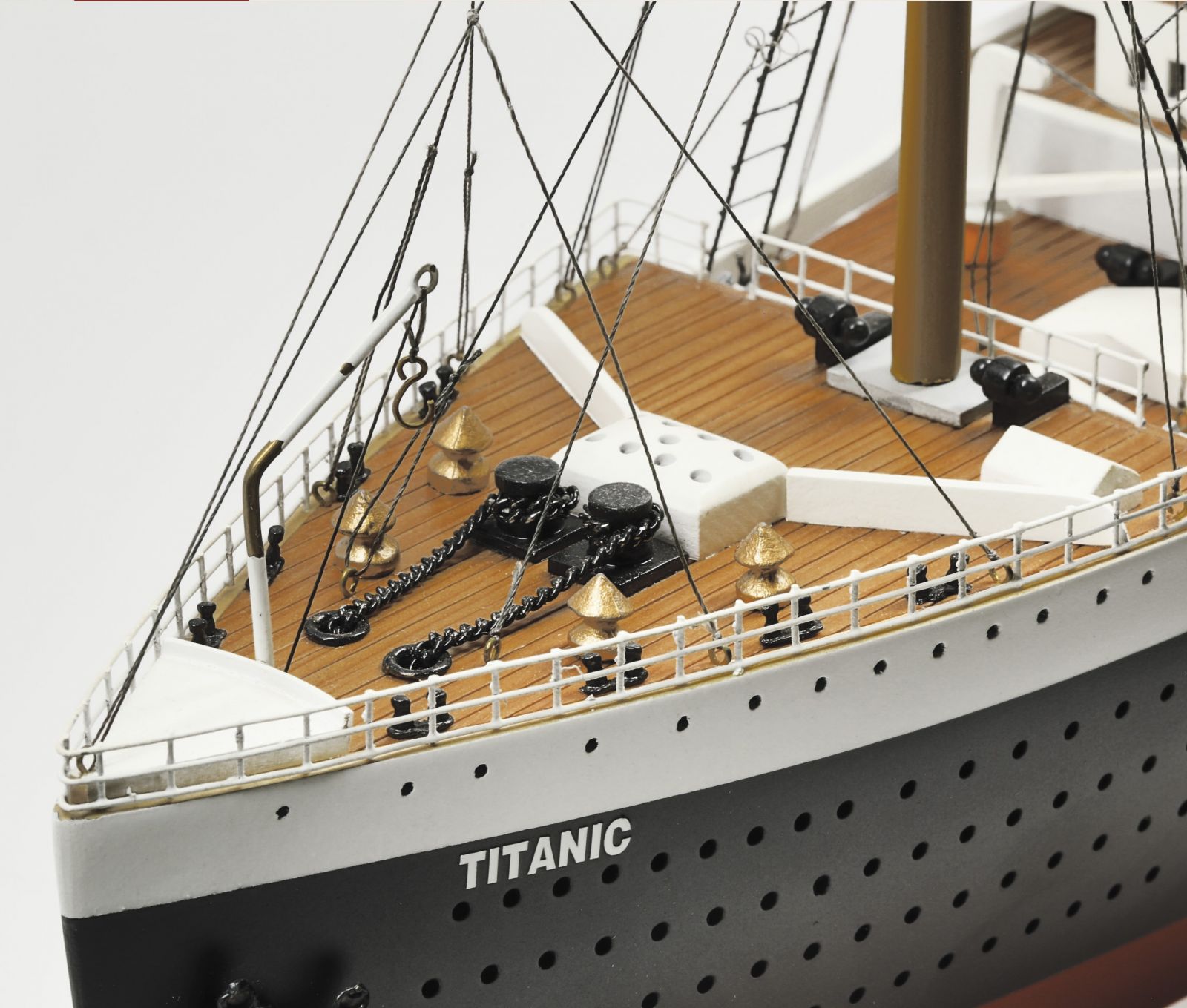 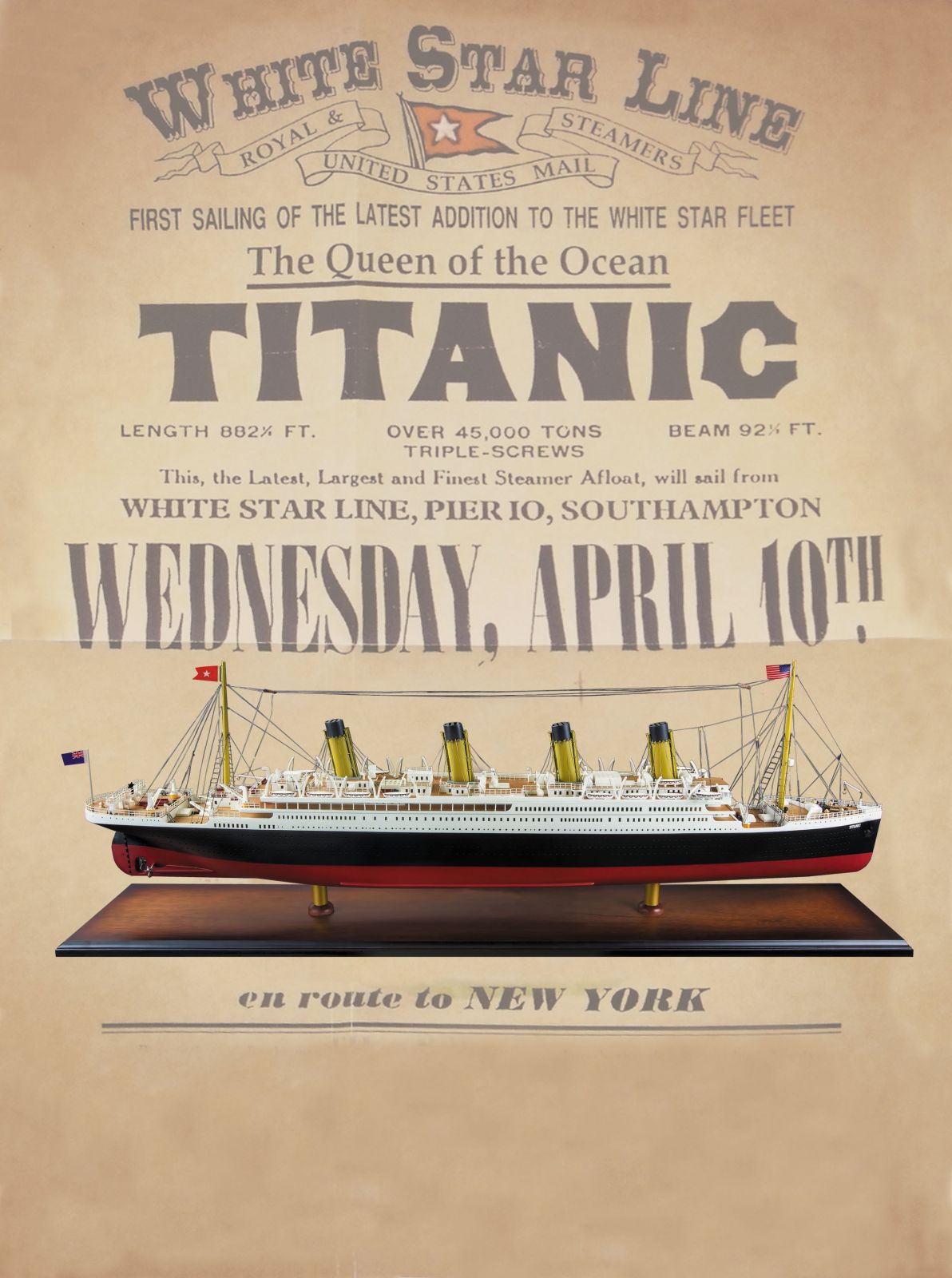