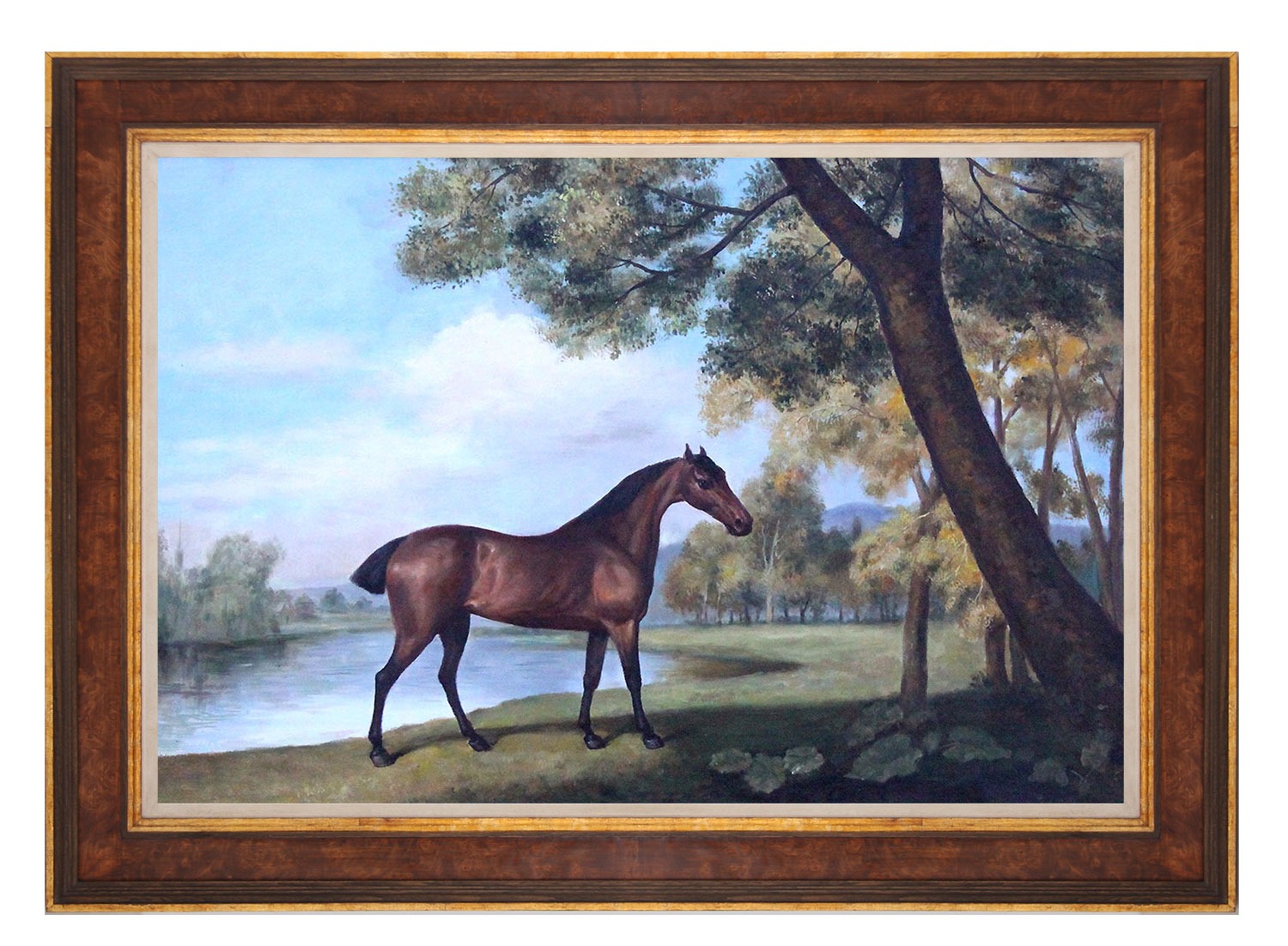 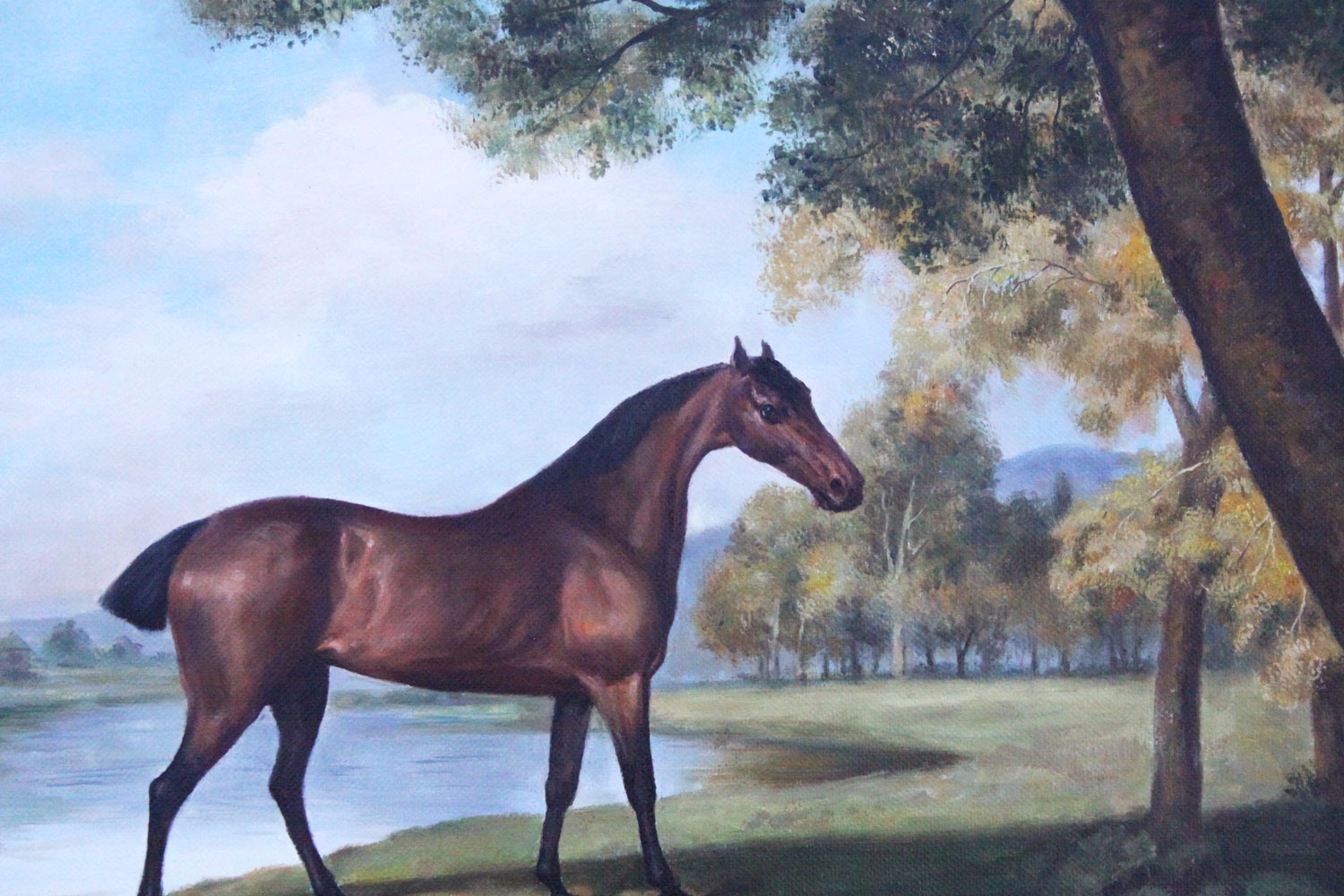 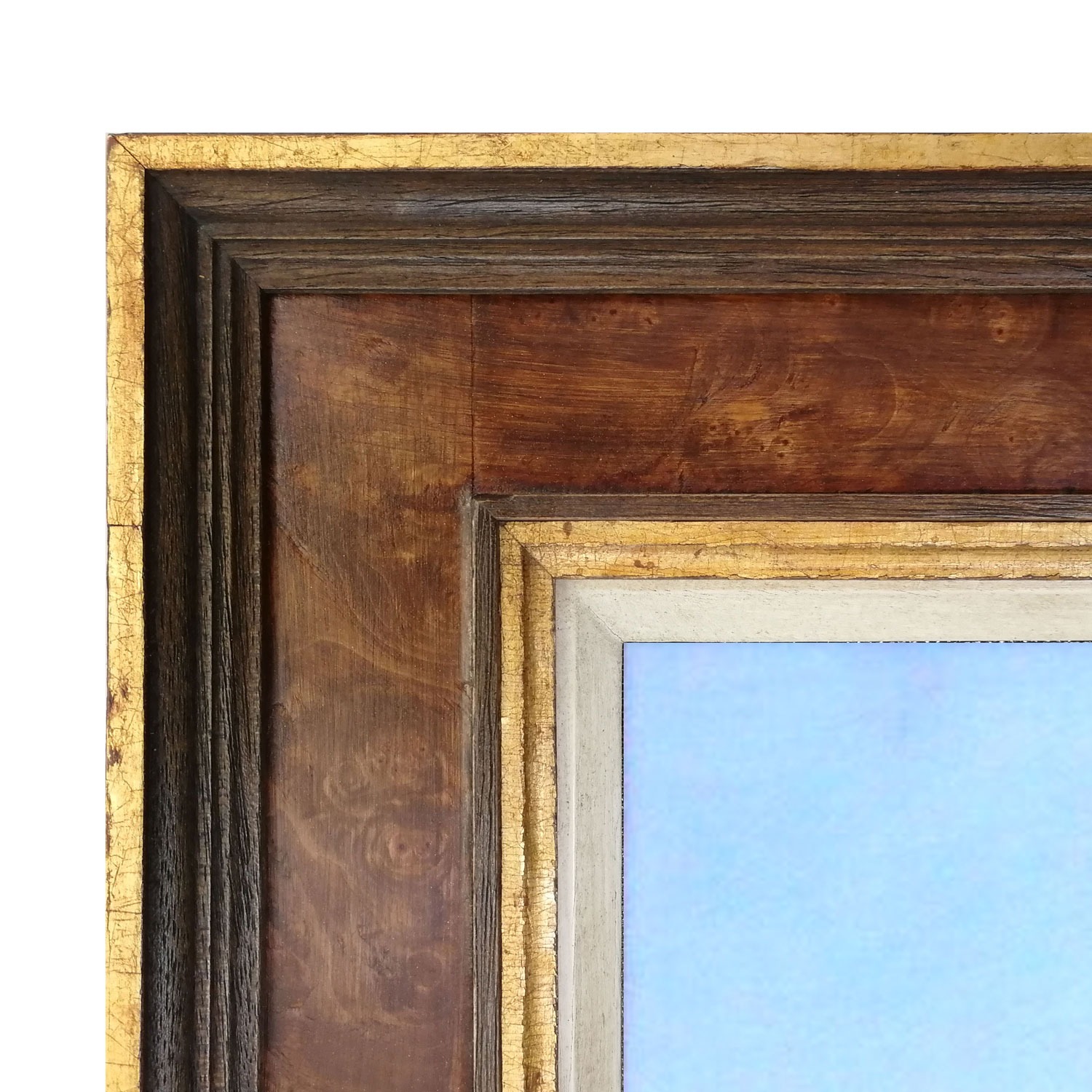 An interpretation of Bay Hunter by a Lake by George Stubbs, the original circa 1787.

The bay horse has not been identified, although the picture is believed to have been painted for Arthur Annesley, 9th Viscount Valentia (died 1816). The horse's ears are cropped in accordance with contemporary fashion. The animal is placed in a landscape of mallow and dock, which grow in the shade of a clump of trees in the foreground on the right.  The background is characteristic of Stubbs's landscape during the following decade and shows a lake on the left, and a church and village on the far shore.

Stubbs's earlier works usually depicted horses with a groom, jockey or owner, whereas in his later pictures, such as this one, the animals were more often shown in solitude.

Treated with ageing varnish, the canvas has been stretched and mounted in a hand made frame with burr walnut veneer and gilt highlights.