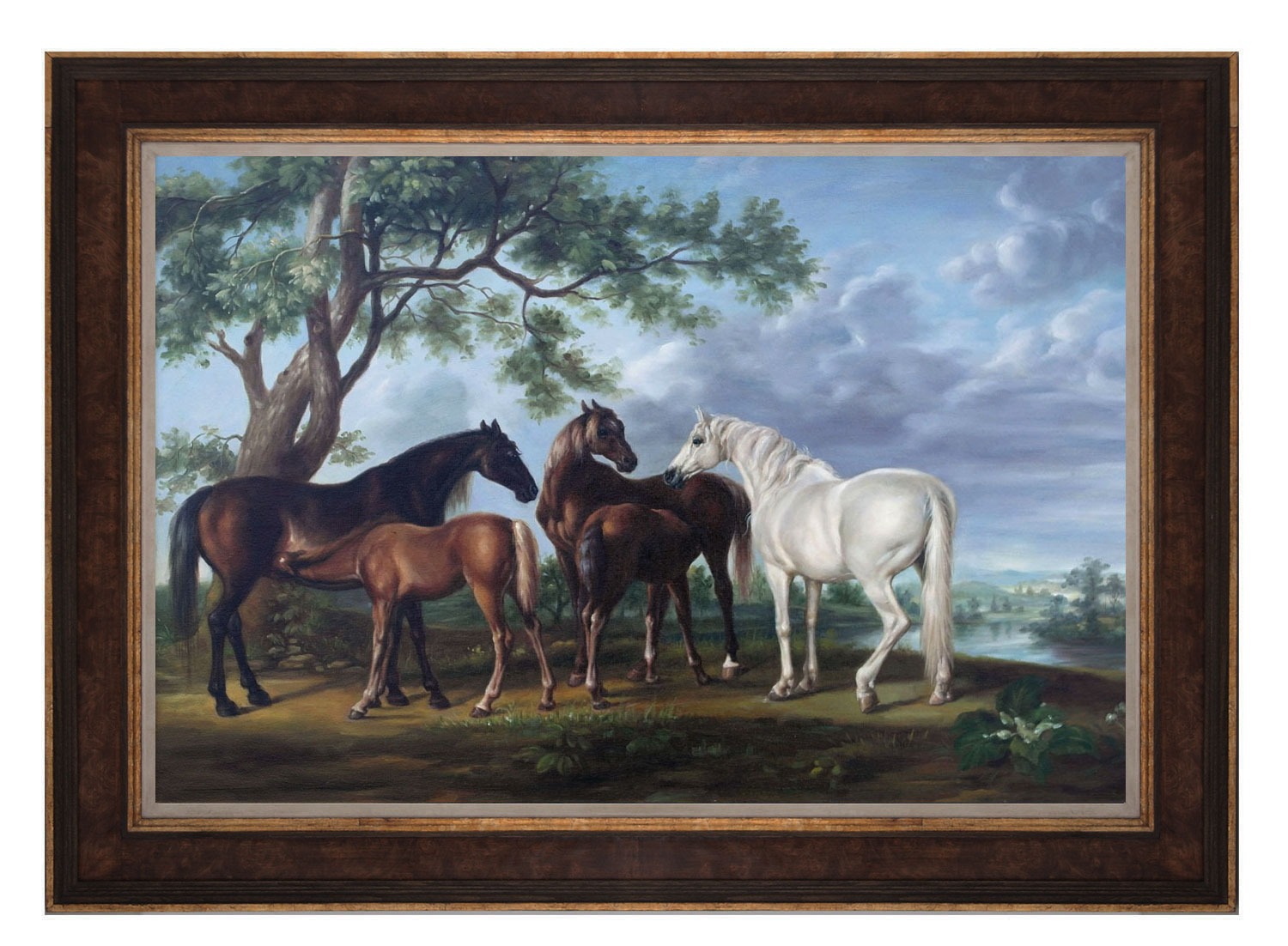 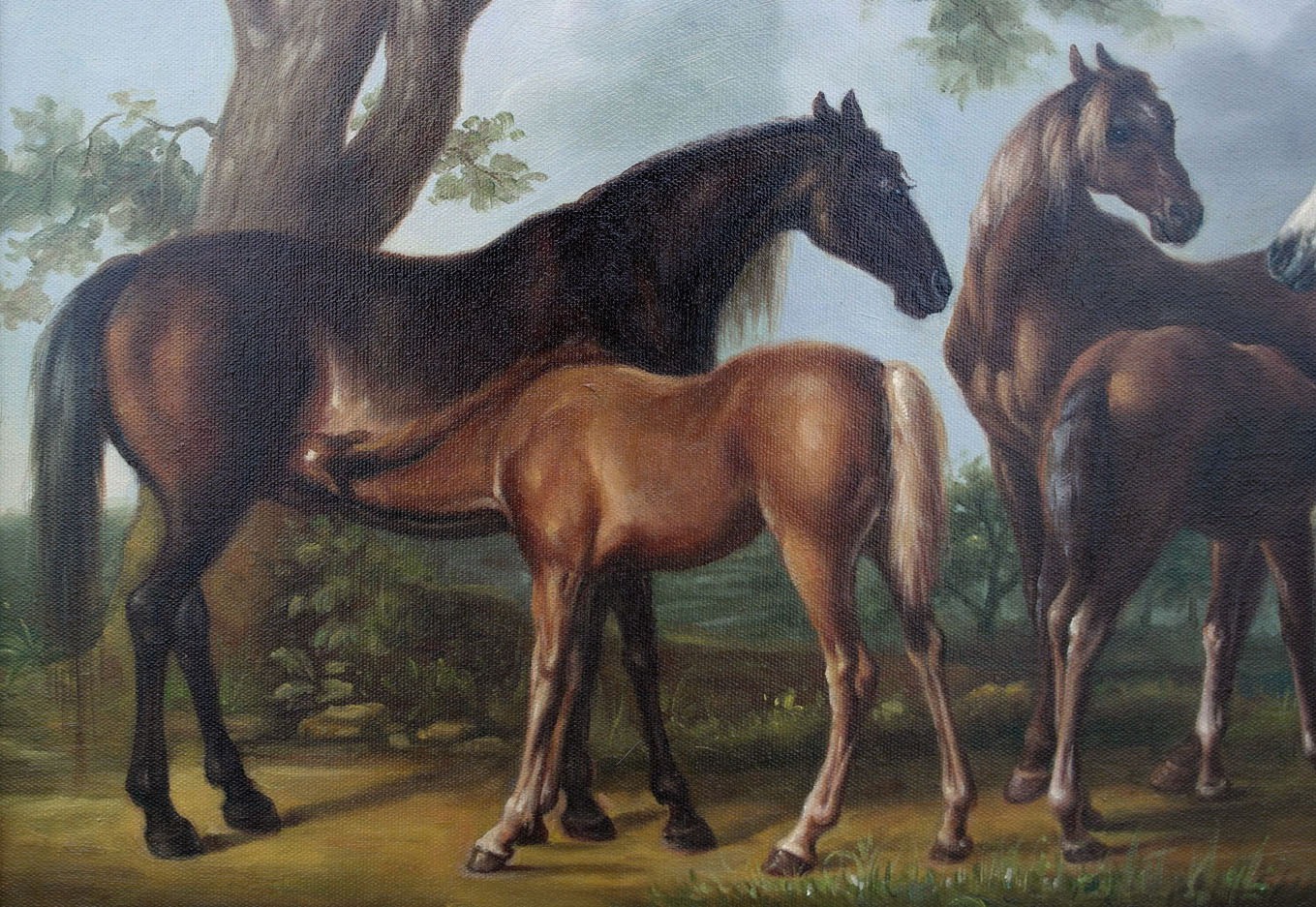 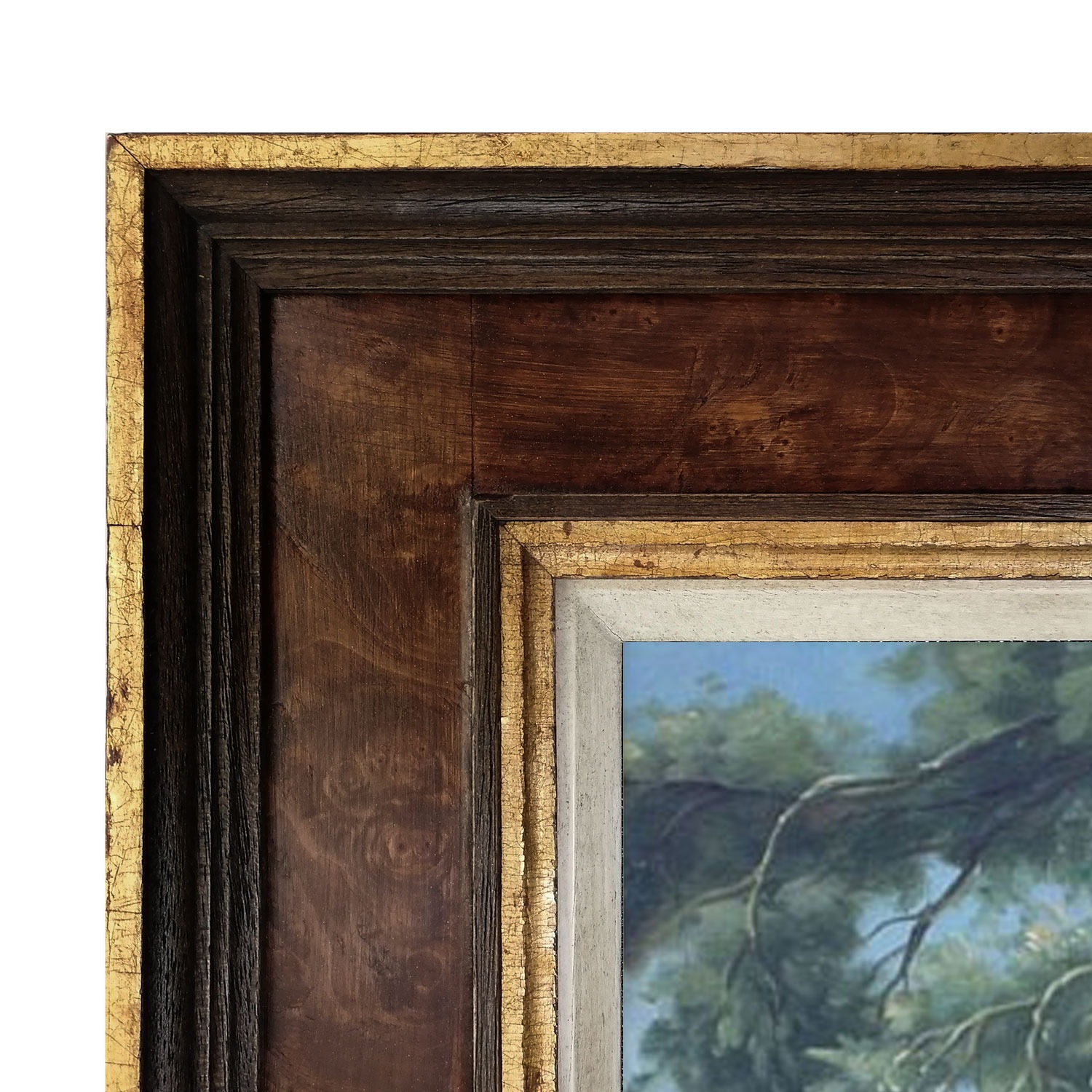 An specially commissioned oil painting interpreting Mares and Foals in a River Landscape by George Stubbs.

The original, circa 1763-8, is from a group of paintings of the subject, produced mainly between 1760 and 1769 for various aristocratic patrons. They are accurate portraits of specific mares famous either for their racing success or as the dams of successful racehorses. The naturalism of these works derives from Stubbs's careful observation of living animals and also from his anatomical studies of horses for The Anatomy of the Horse, published in 1766.

Stubbs exhibited a number of mares and foals pictures at the Society of Artists and the Royal Academy in the 1760s and 1770s providing an opportunity for patrons to commission such works to include their own animals. This composition was largely adapted from an earlier work without a background which wouldn't have been unusual, given Stubbs's large output in the 1760s, for him to borrow from an earlier composition, but it is remarkable that the patron who commissioned this picture (possibly Viscount Midleton) does not seem to have had any horses of his own portrayed. Possibly he liked the subject, but did not possess any brood mares.

Treated with ageing varnish, the canvas has been stretched and mounted in a hand made frame with burr walnut veneer and gilt highlights.