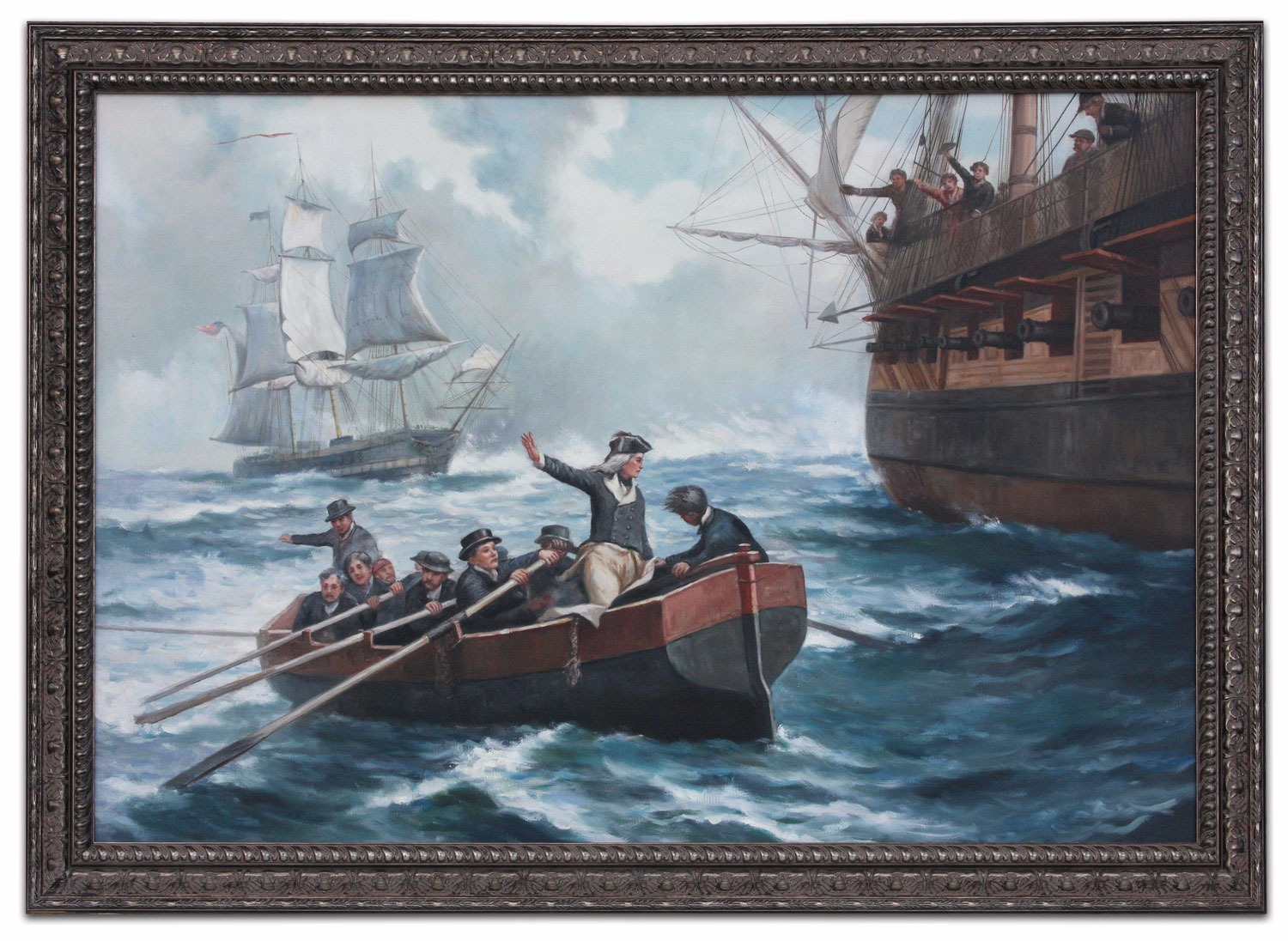 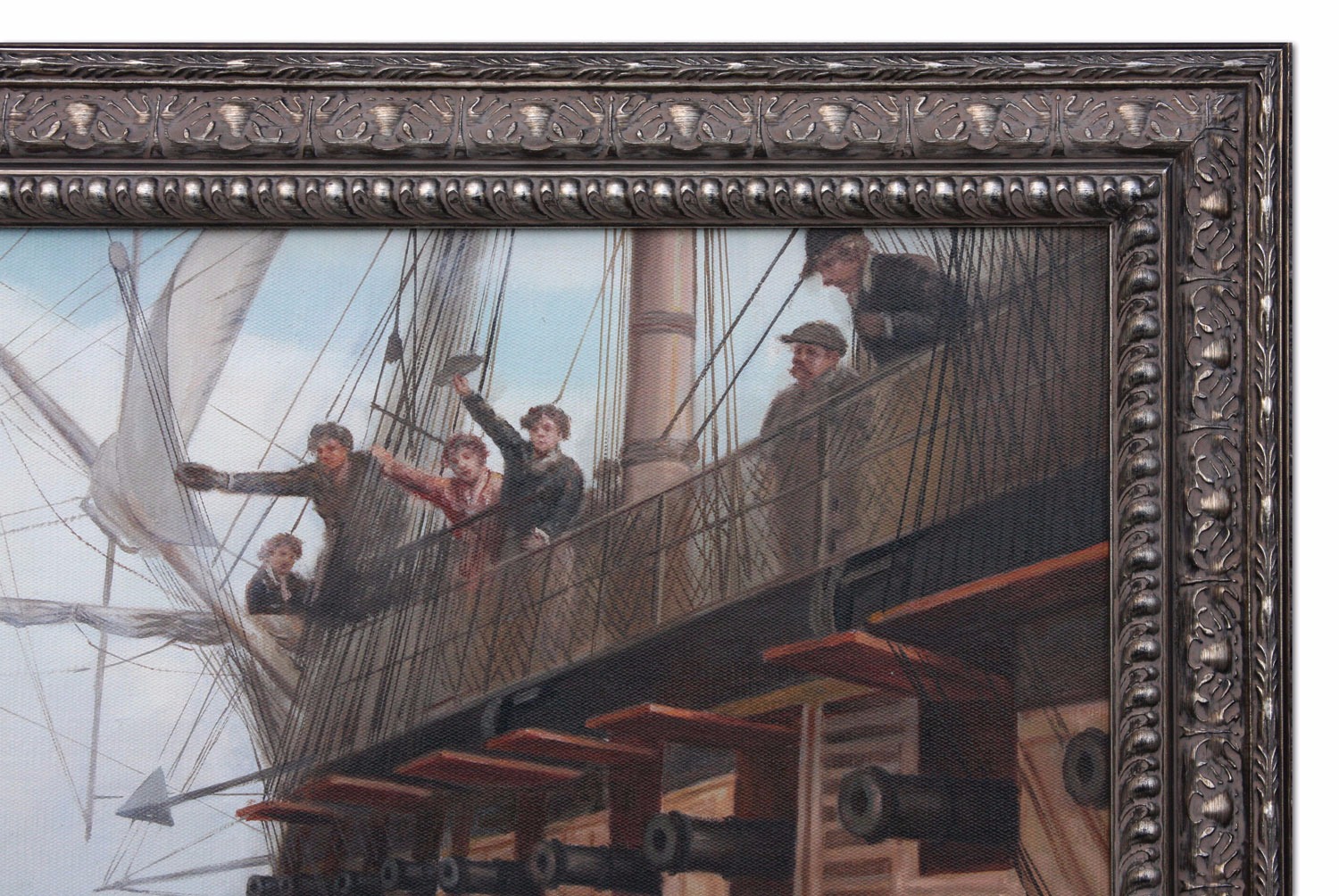 A specially commissioned oil painting on canvas by our principal artist Liu Yingjie, interpreting Nelson's First Prize by Bernard Finnigan Gribble. The painting depicts Nelson commanding the schooner, Little Lucy, about to take and board his first prize, an American brig, the Revolution, on 20th November 1777 in heavy seas that had prompted some officers aboard HMS Lowestoffe to refuse in taking part.  Nelson is quoted as recounting "This…incident has often occurred to my mind; and I know it is my disposition that difficulties and dangers do but increase my desire of attempting them."