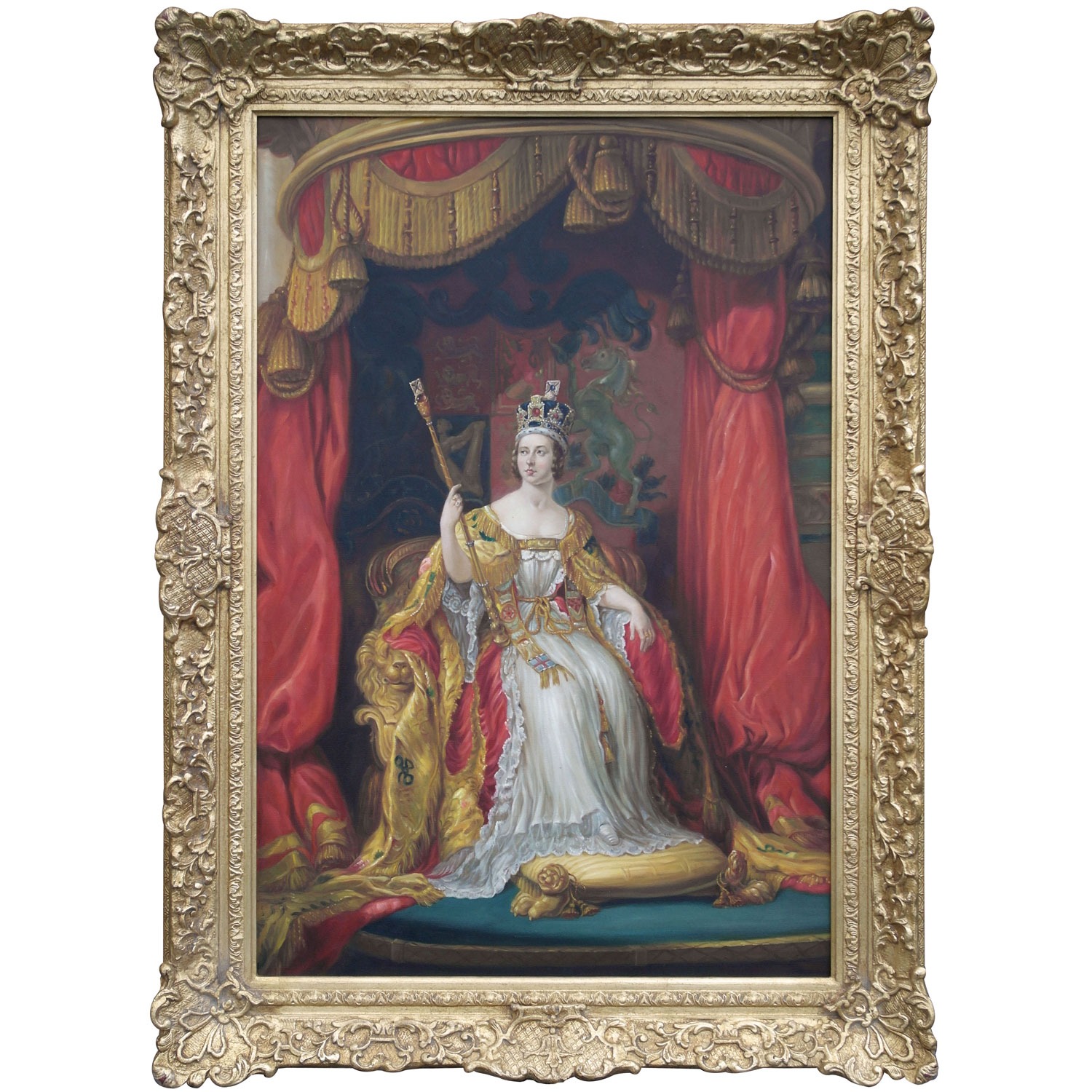 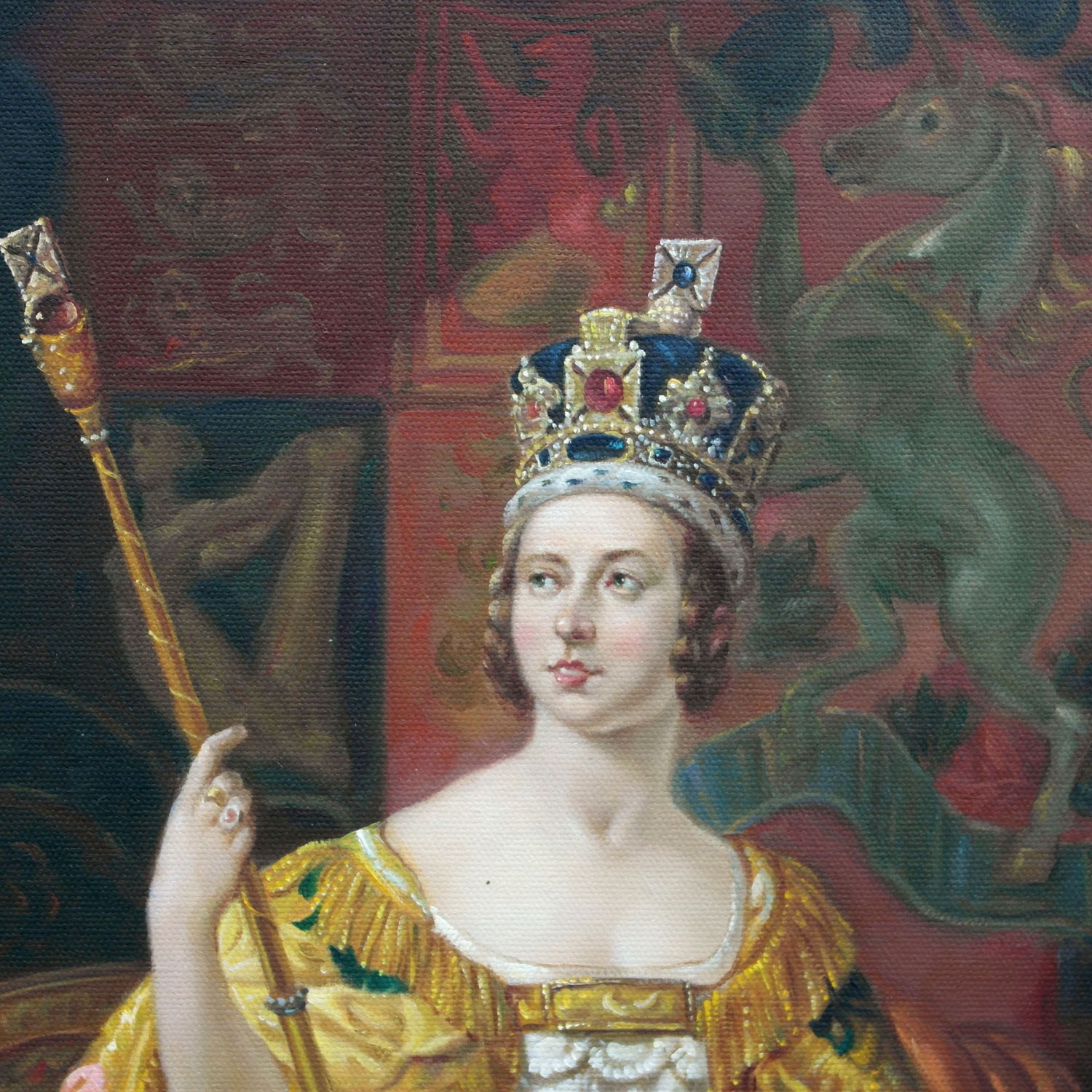 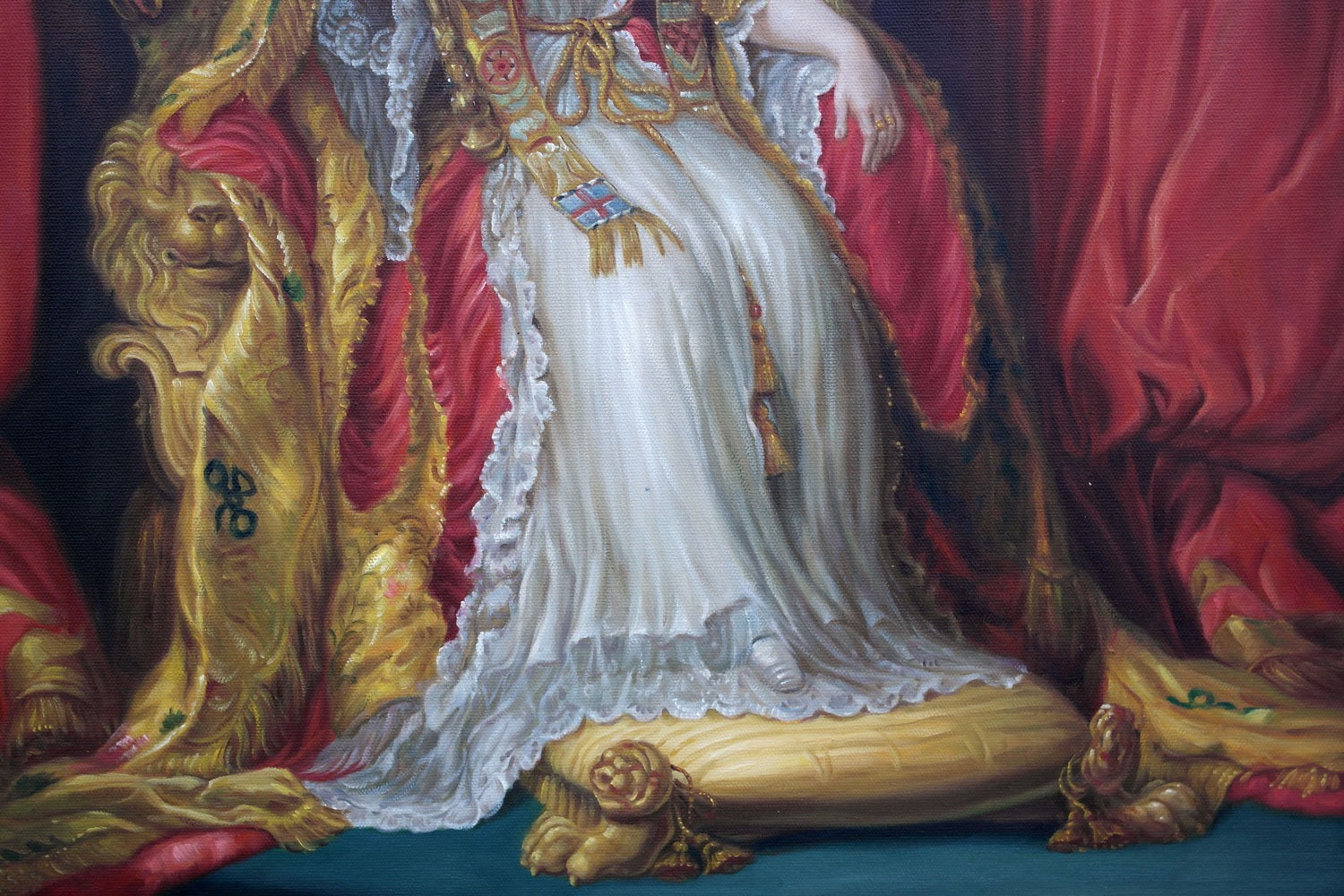 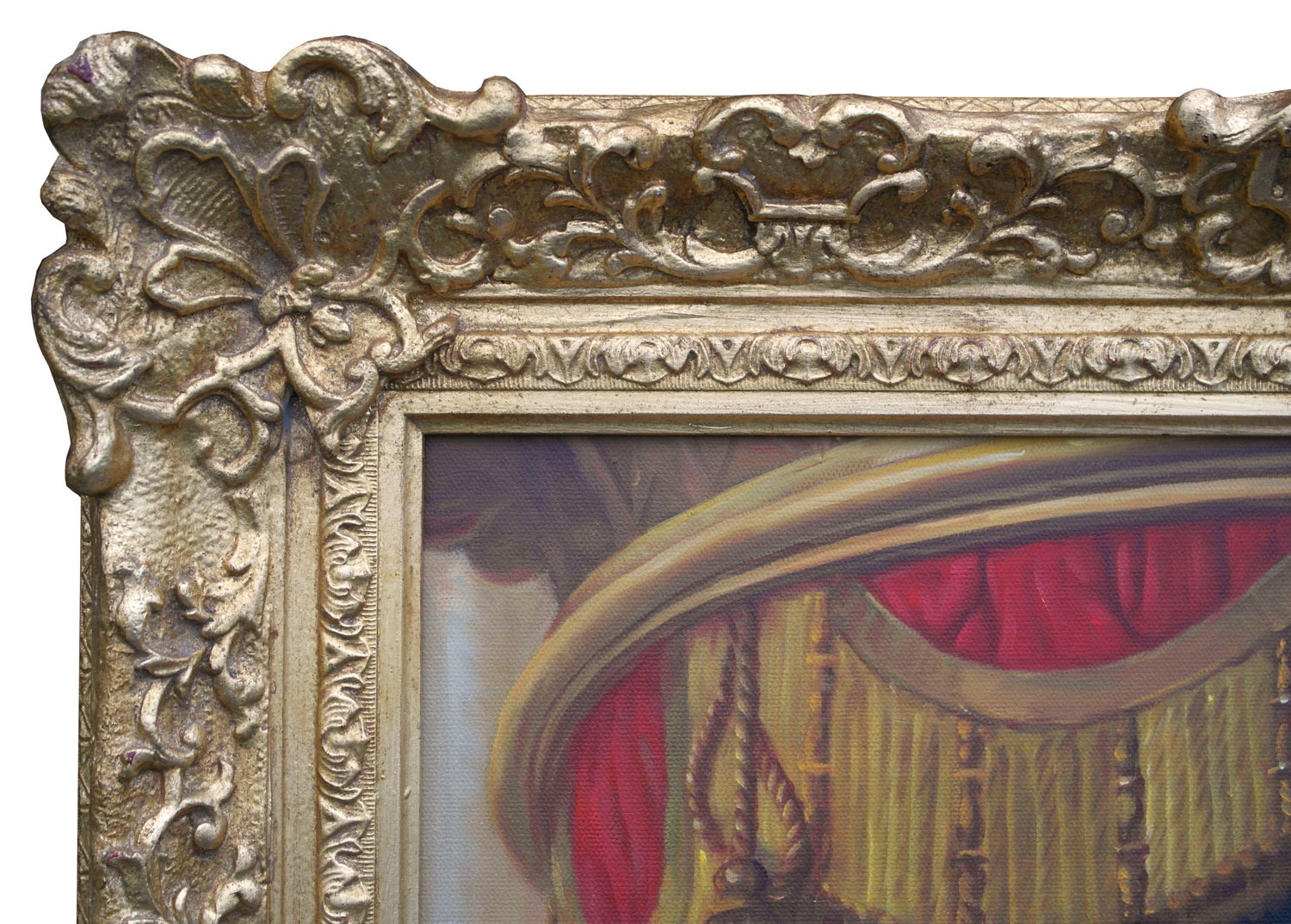 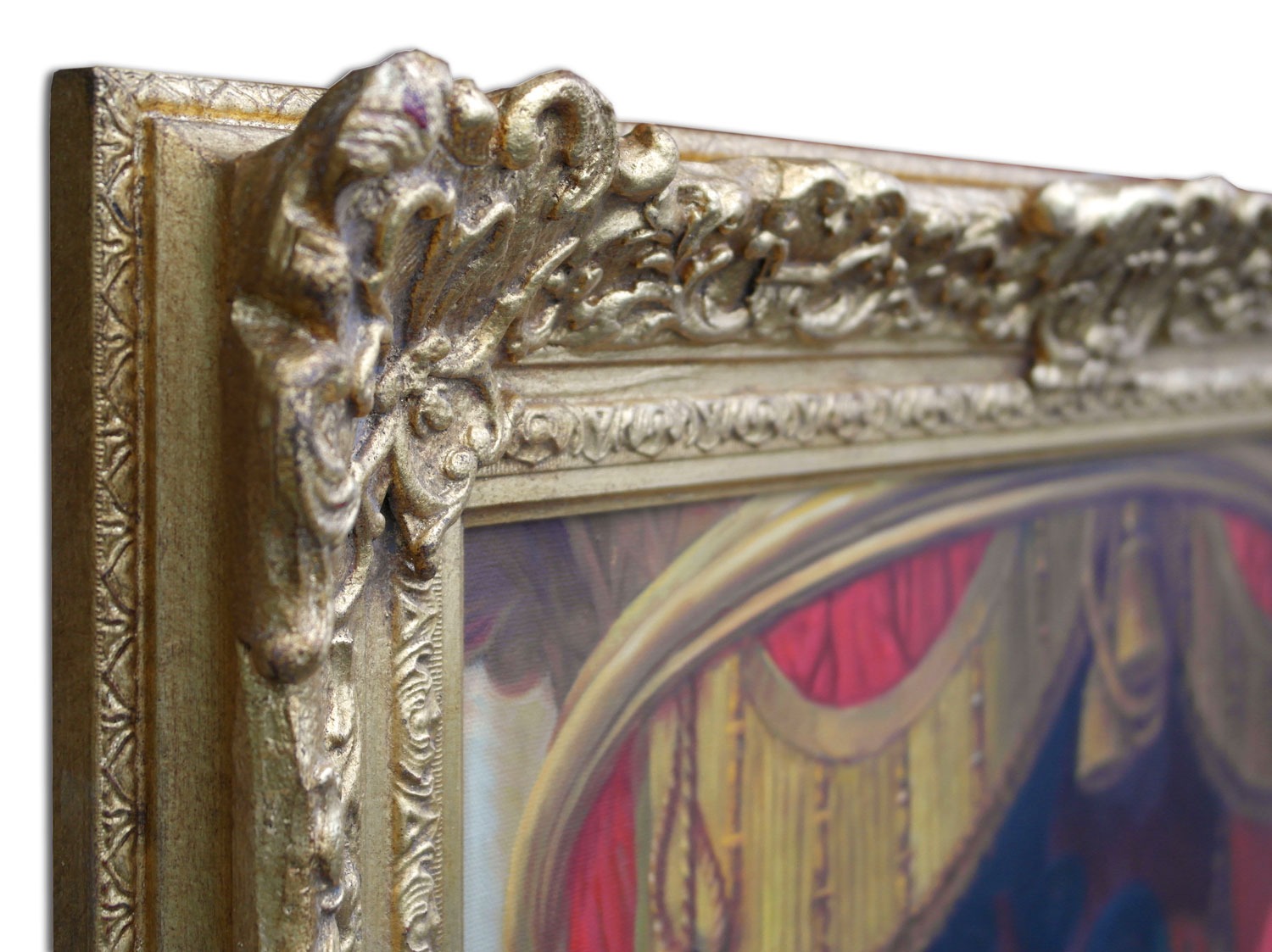 The painting depicts the 19 year-old Queen as she was at her Coronation in Westminster Abbey on 28th June 1838. Commissioned just one year after George Hayter was appointed as Queen Victoria’s ‘Painter of History and Portrait’ following  the impressment of the young Princess and assistance to her first attempts at oil painting. However, Hayter's appointment was relatively short lived as he received no royal commissions after 1842 due to the Queen prefering the work, and personality, of other artists.

The scene originally set the Queen in Westinste Abbey but was later changed to a more generic regal setting. The original is part of the Royal Collection and currently hangs in the Royal Dining Room at the Palace of Holyroodhouse.

The canvas has been stretched and mounted in a 4" hand made bespoke swept frame finished in metal leaf.