The painting recreates the meeting between Robert Clive and Mir Jafar. Robert Clive's victory at Plassey in 1757 was decisive in establishing British rule in Bengal and confirmed his own reputation as a great military leader. Mir Jafar, one of the defeated Nawab's generals, allied his troops to Clive and was appointed Nawab of Bengal in return for his support. Although one of the first artists to exploit Anglo-Indian subject matter, Hayman never visited the country and this may account for his awkward rendering of the elephant.

The canvas has been stretched and mounted in a frame with custom dark wash. 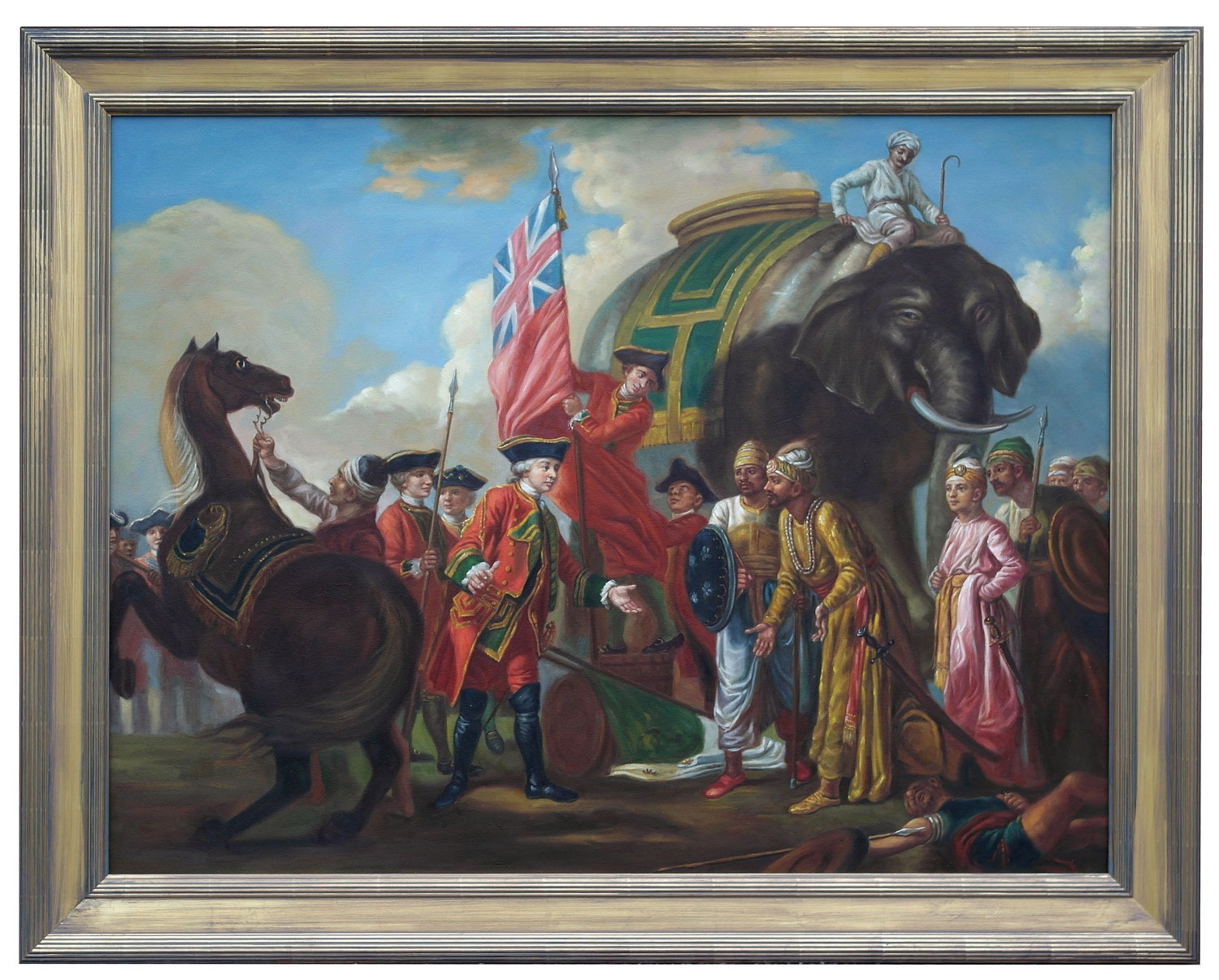 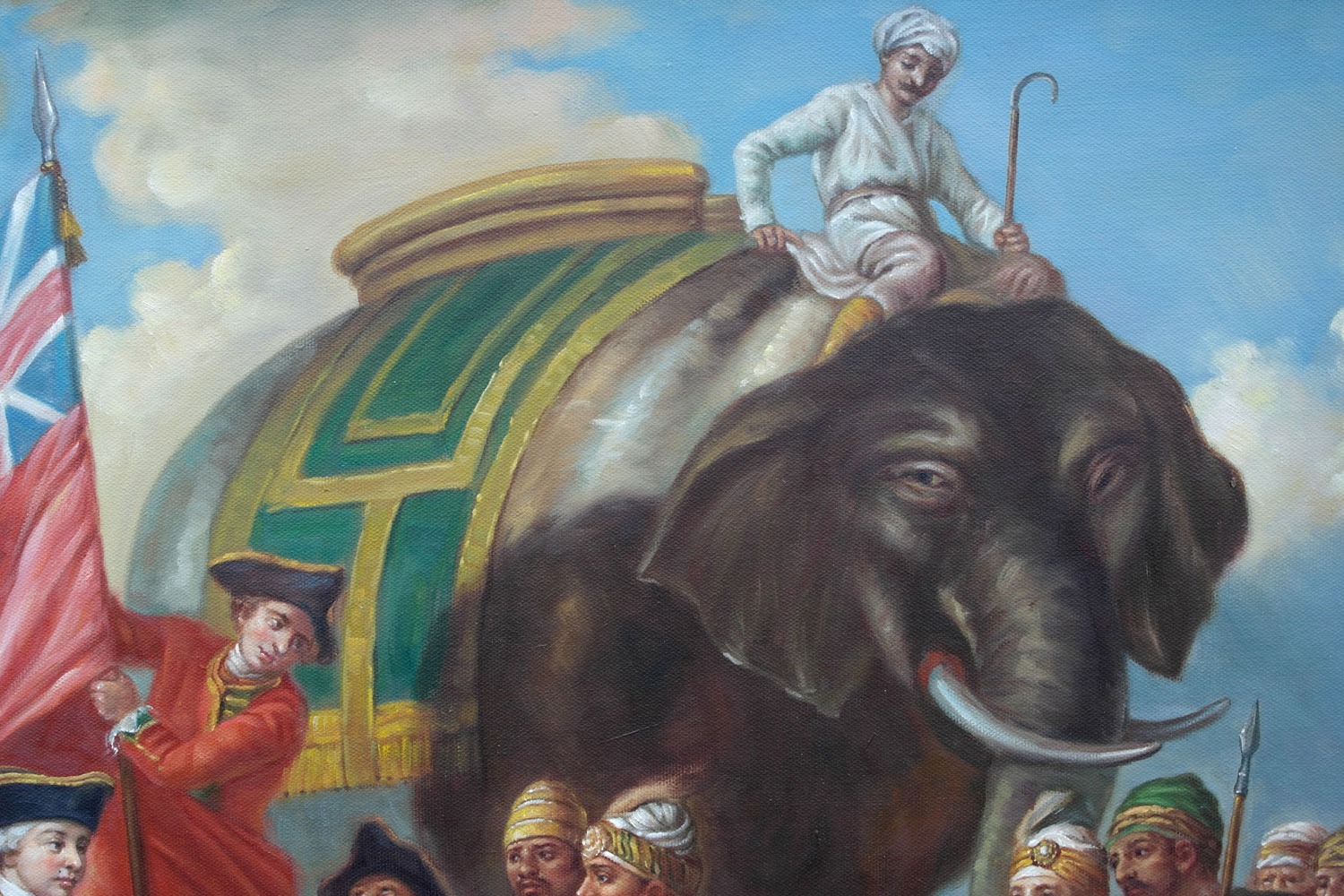 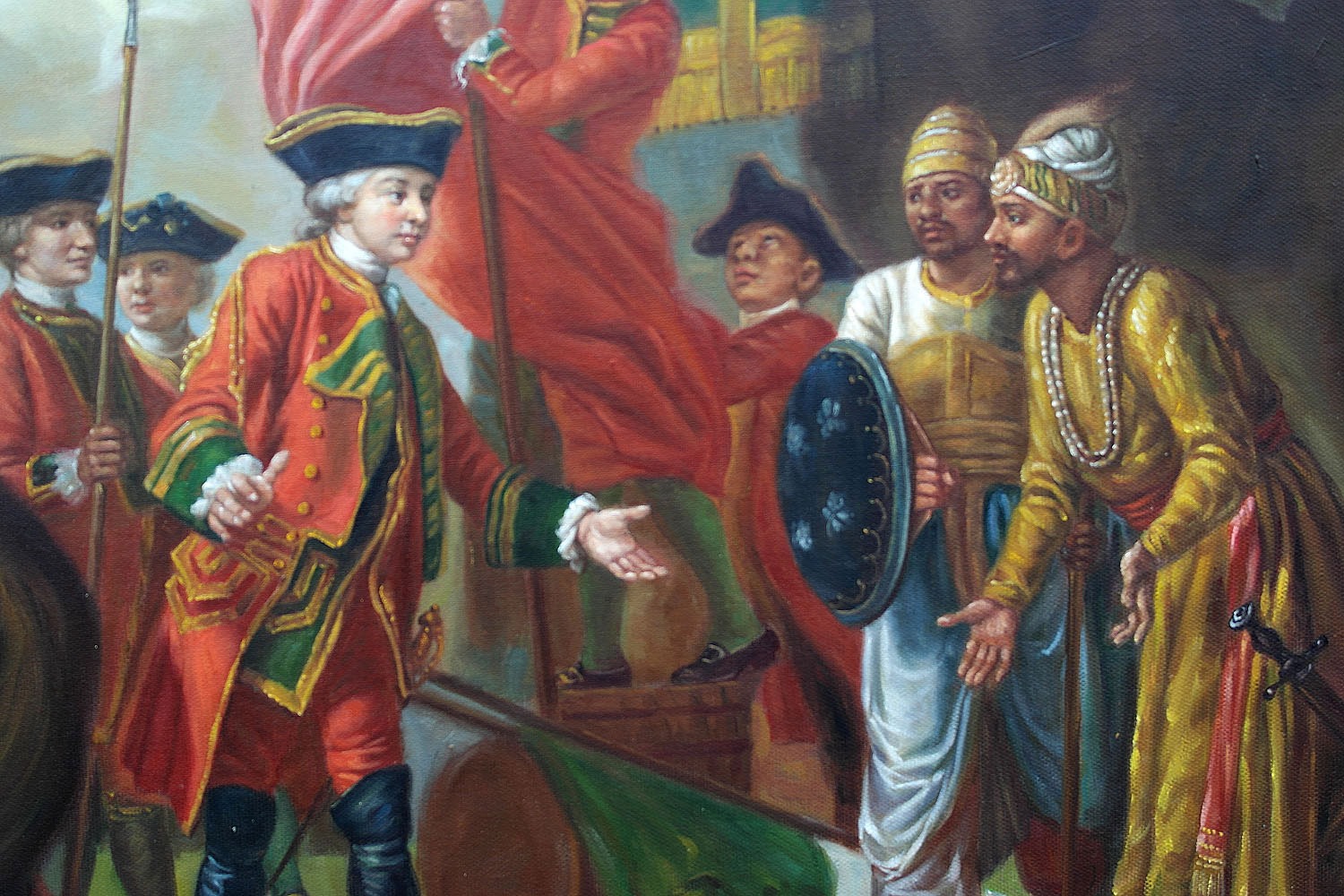 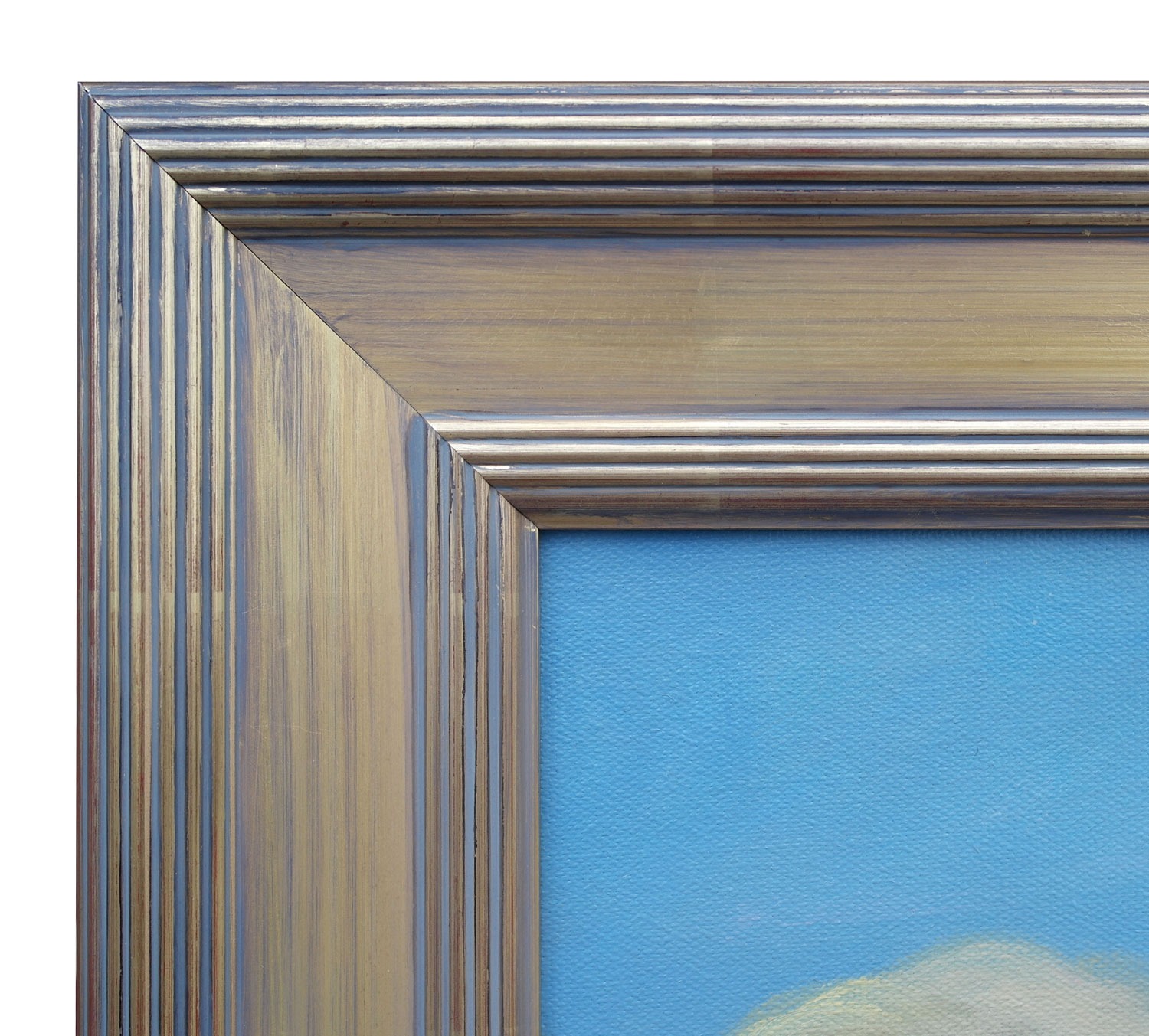 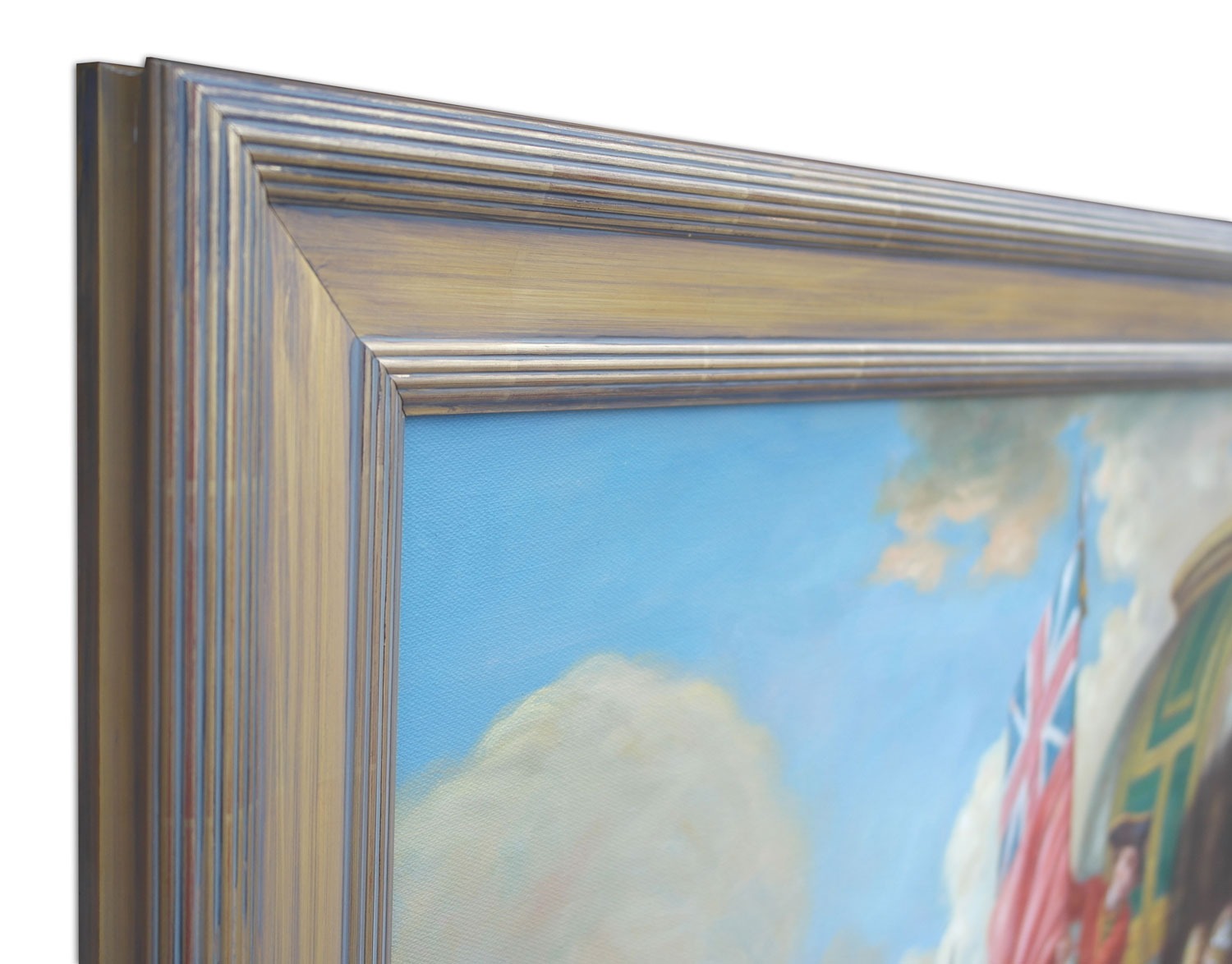