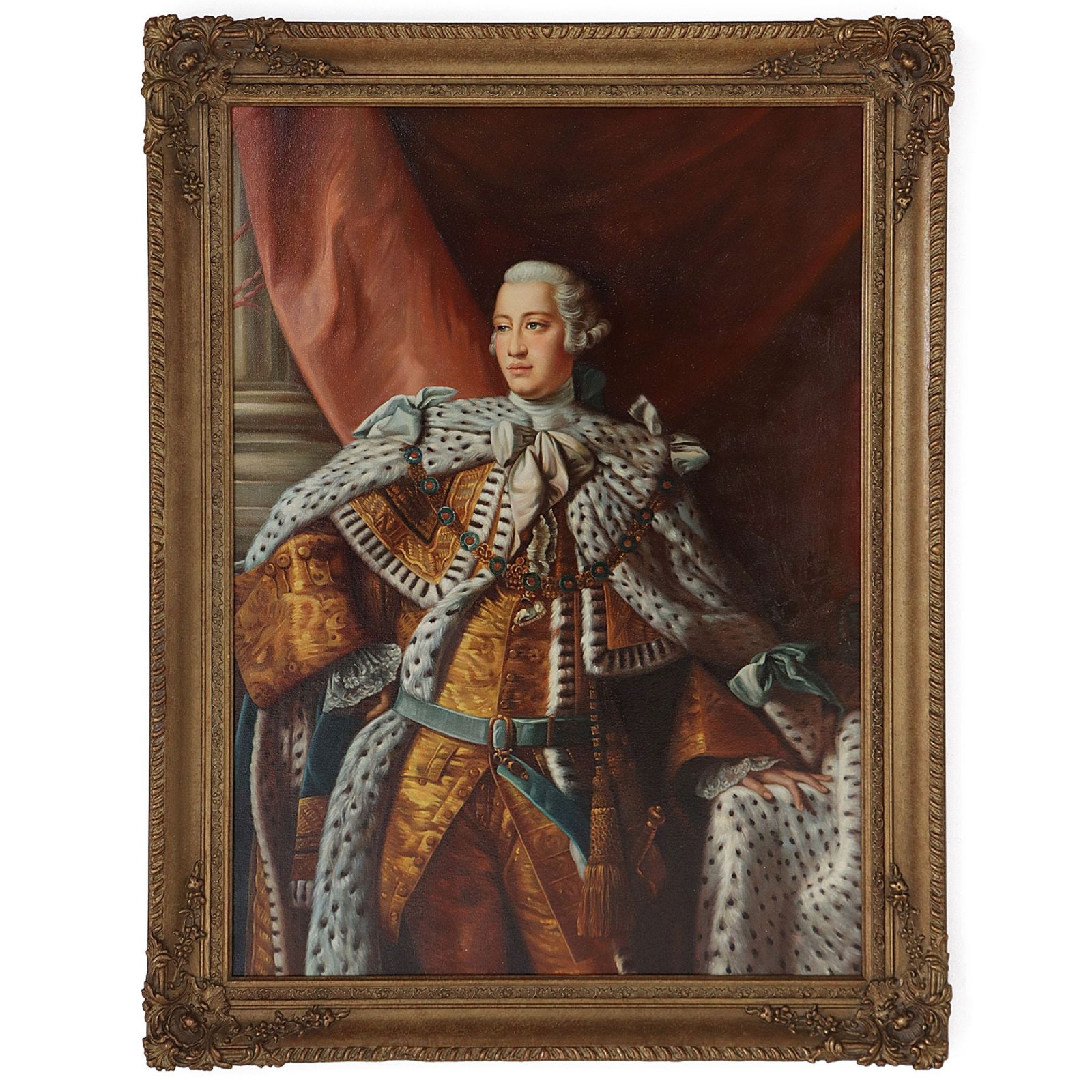 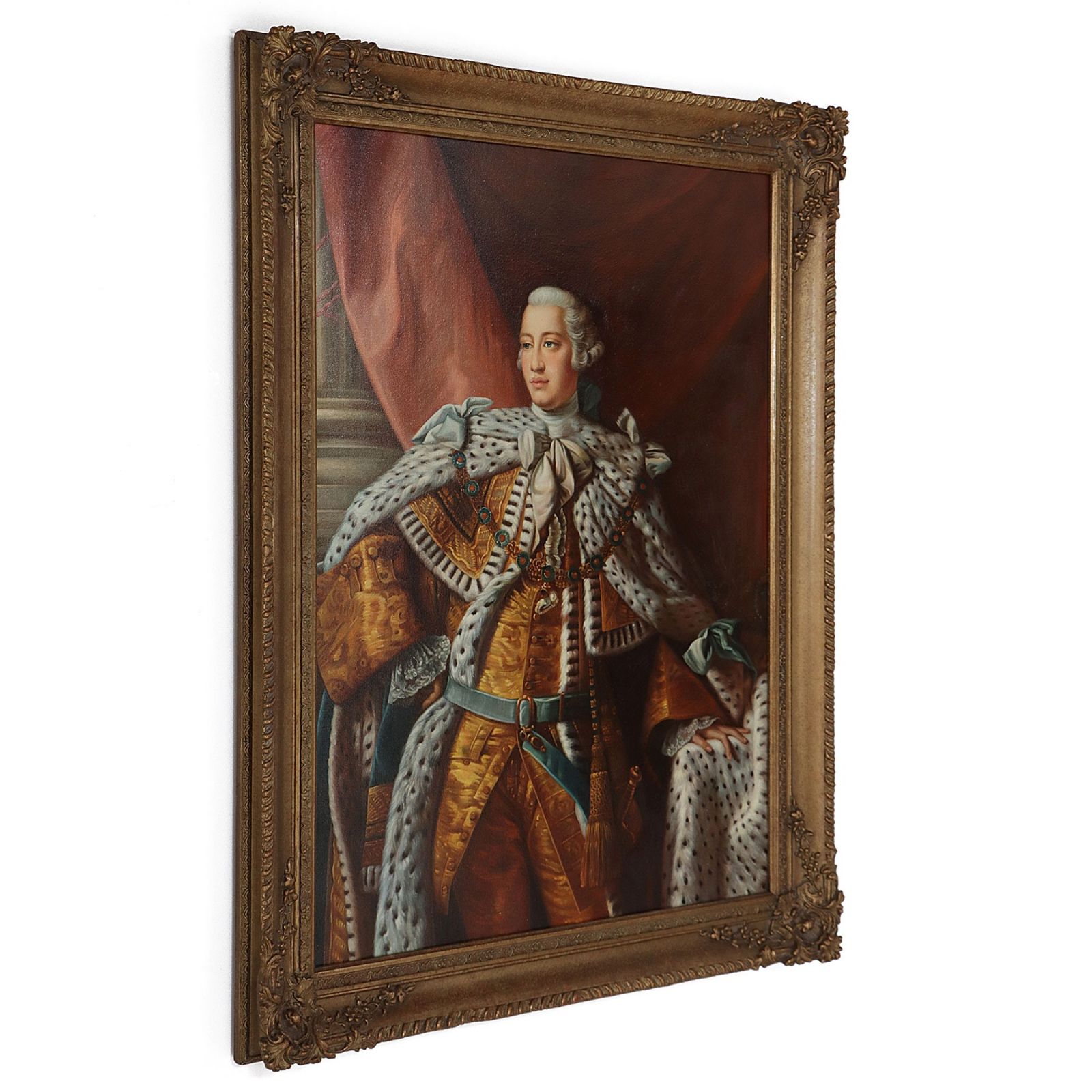 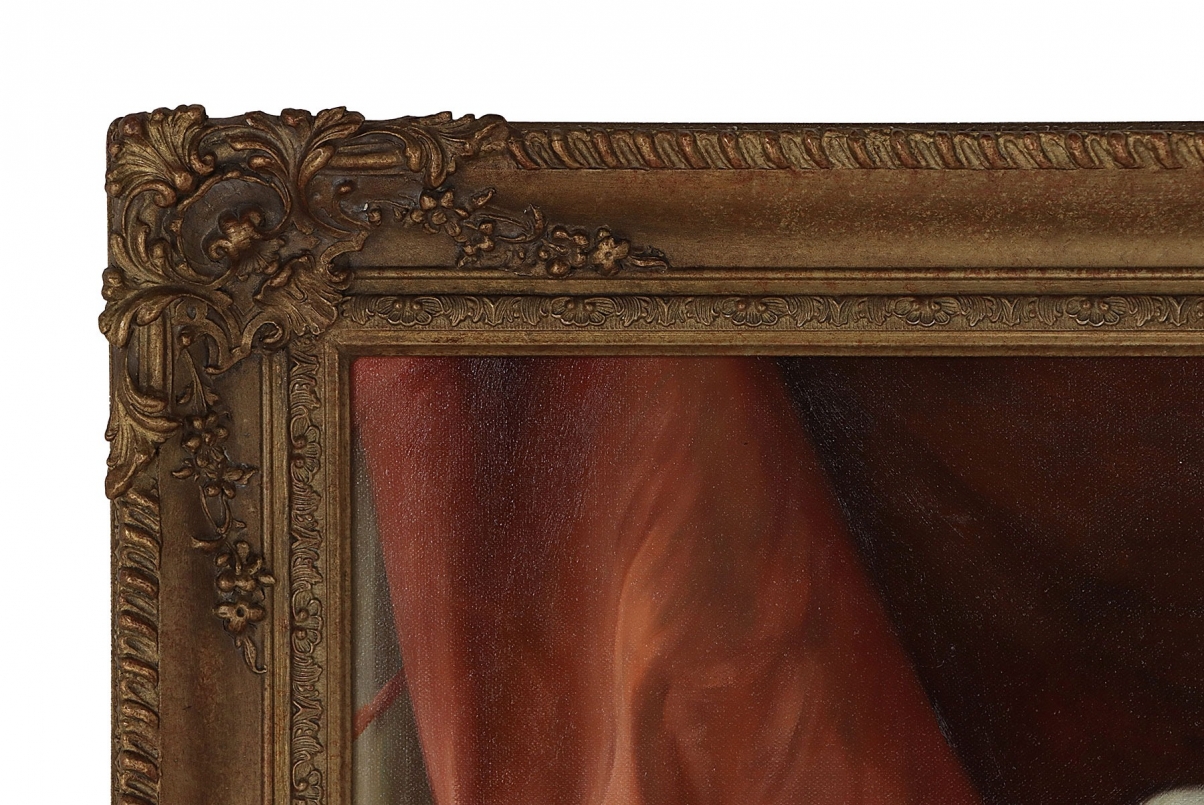 This portrait shows the King in his coronation robes; it is one of the numerous replicas issued by Ramsay of the coronation portrait which he painted in 1761. Many of these found their way to Britain's newly acquired colonial territories where they represented the authority of the nascent British empire. The eldest son of Frederick, Prince of Wales, George was the first Hanoverian King to be born and bred in England. His reign from 1760 was one of the longest and most eventful in modern times. Although plagued by apparent bouts of insanity, he maintained a meticulous personal interest in government until 1811. A patron of the arts and sciences, he amassed an extensive library and fostered an interest in agriculture. His obstinate attitude towards the demands of the American colonies led to the loss of these territories and the close of the first British empire. The original can be viewed at the National Portrait Gallery.

The canvas has been stretched, applied with ageing varnish and mounted in a hand-made frame with light antique patina.