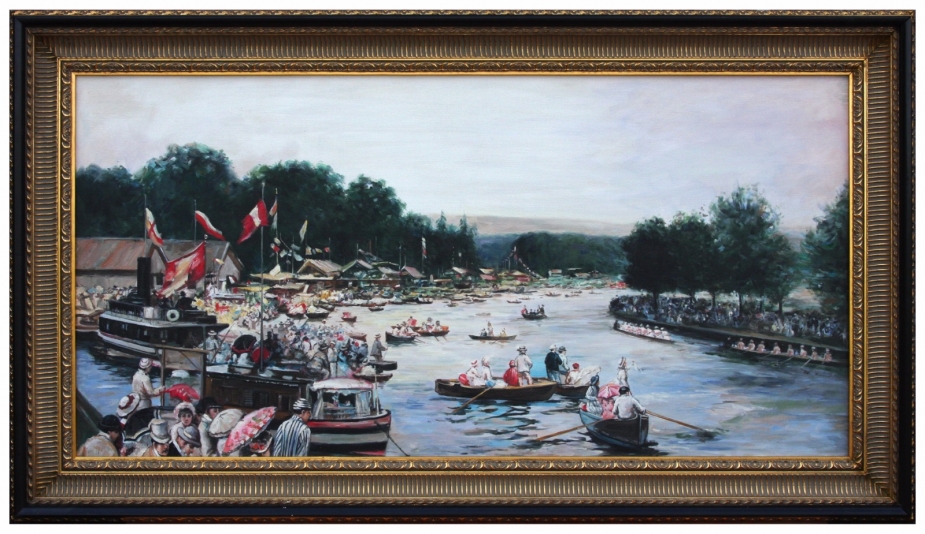 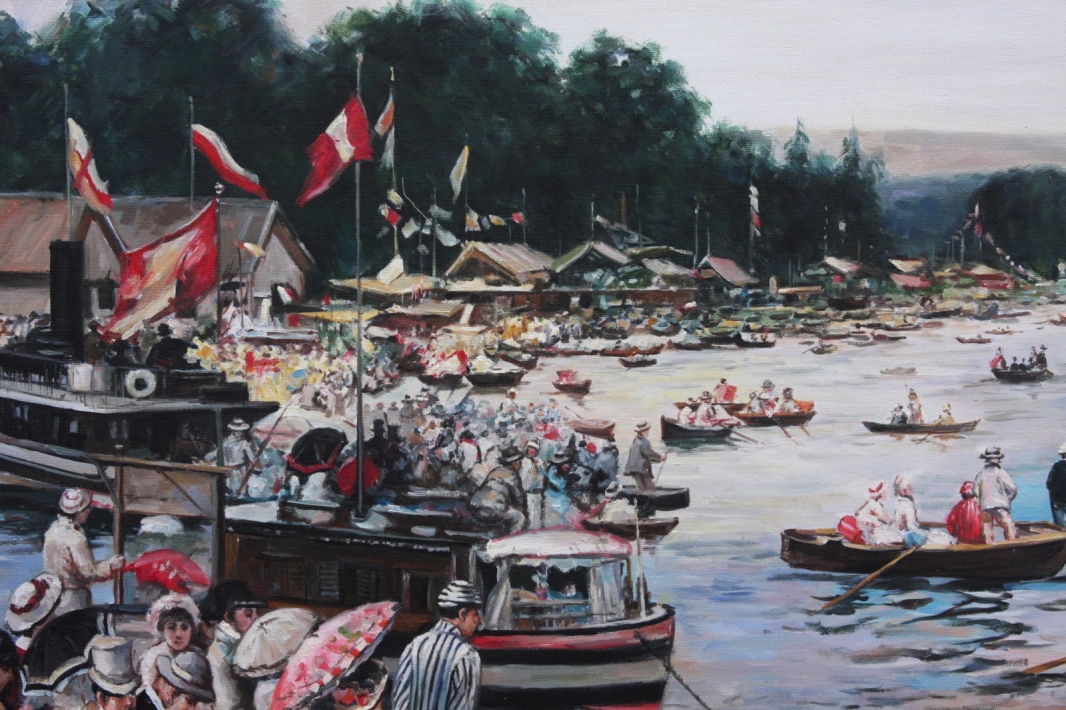 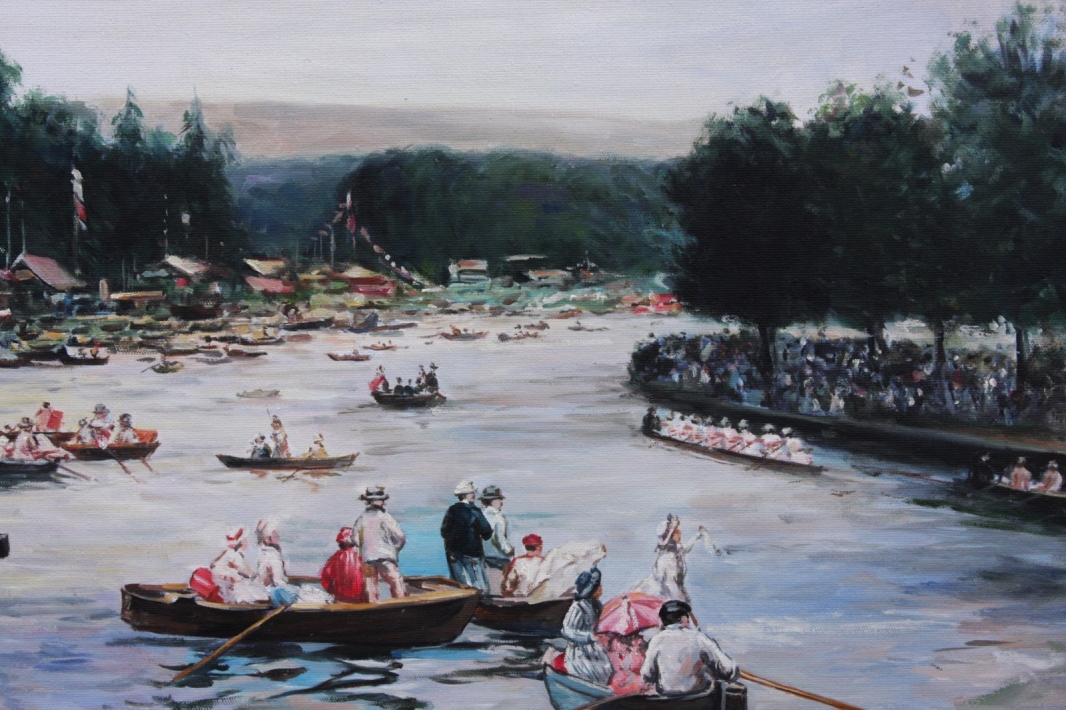 An interpretation of Henley Regatta by James Tissot, the original circa 1877, painted six years after the French artists arrival to London. Tissot painted a number of Thames river scenes, thought to be influenced by his friend, American born artist Whistler.

Henley Royal Regatta is undoubtedly the best known regatta in the world, first held in 1839 and has been held annually ever since, except during the two World Wars. Originally staged by the Mayor and people of Henley as a public attraction with a fair and other amusements, the emphasis rapidly changed so that competitive amateur rowing became its main purpose.