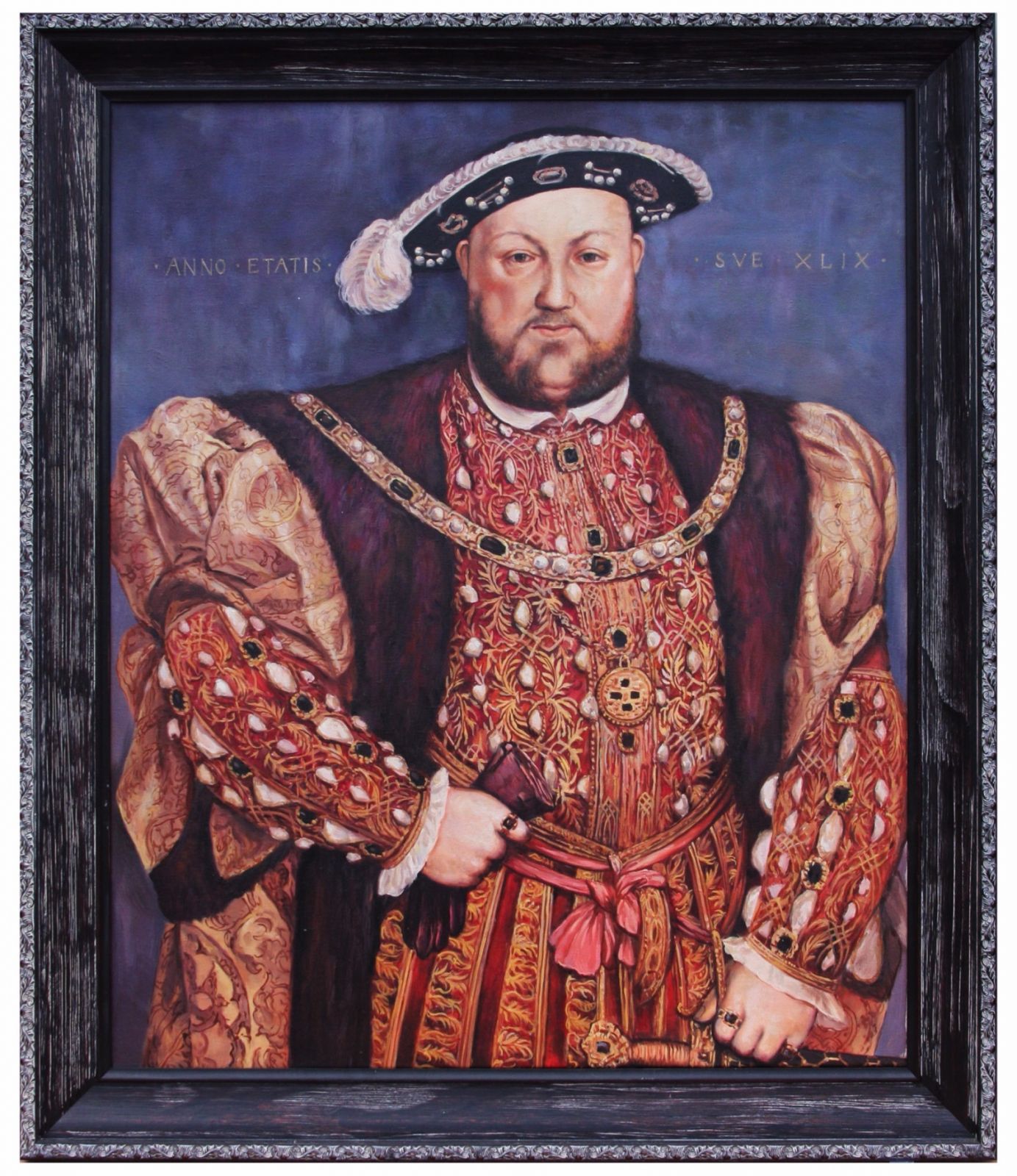 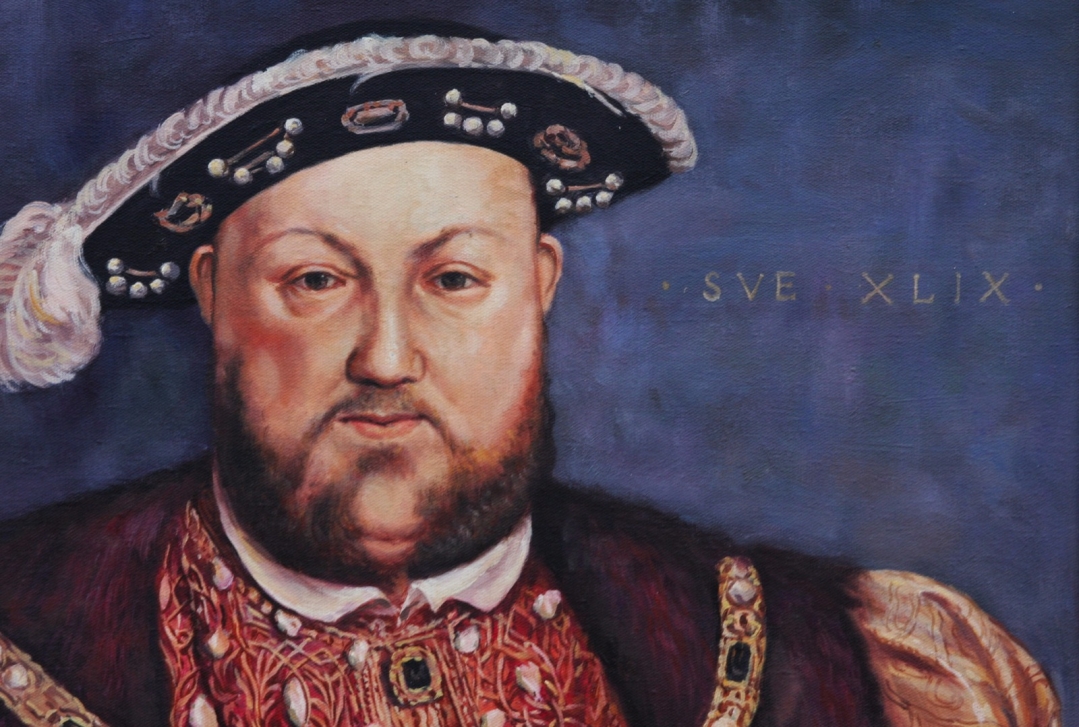 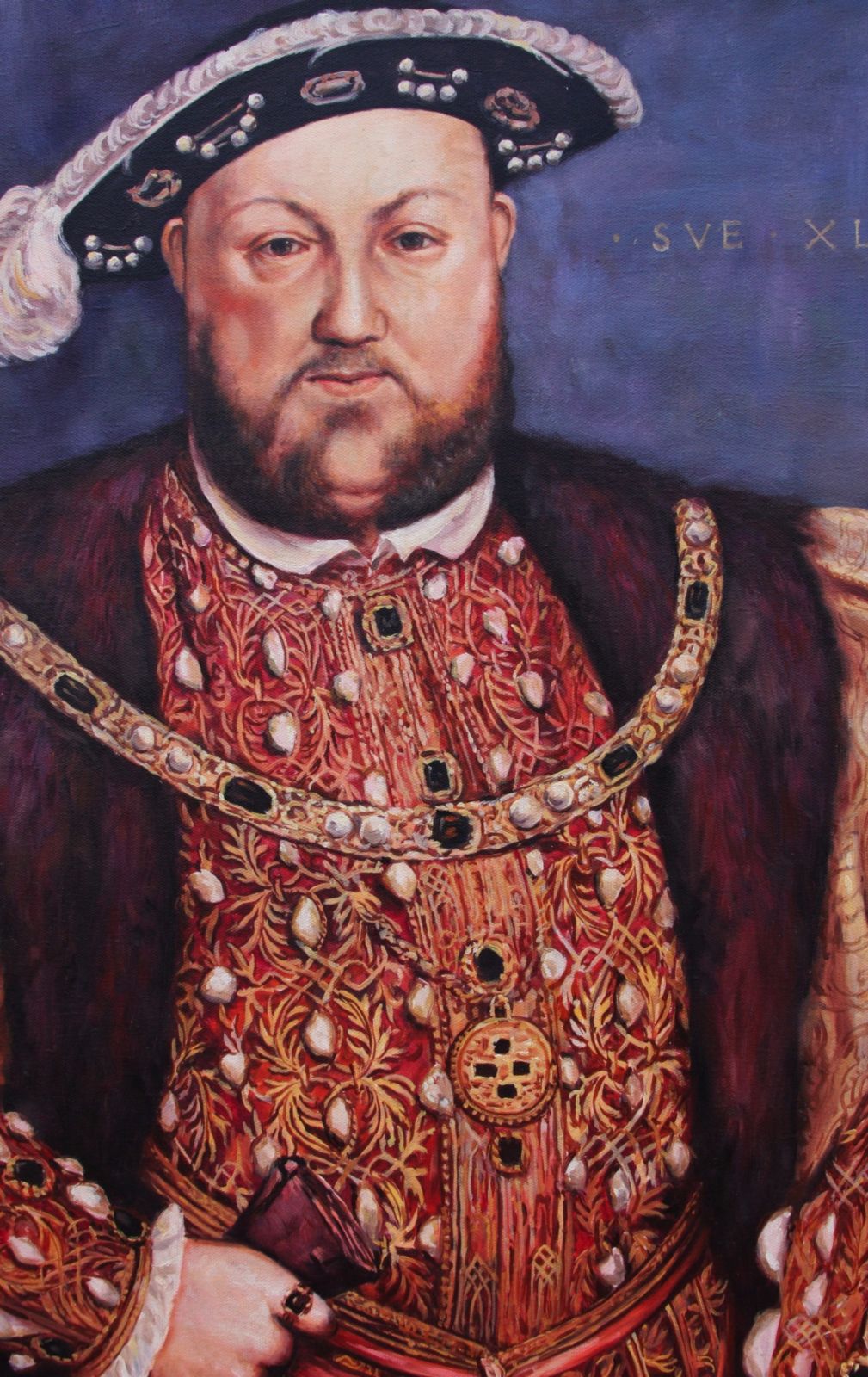 Interpretation of Henry VIII, c1540 after Hans Holbein the Younger. The original portrait of Henry VIII hangs at the Galleria Nazionale d'Arte Antica in Rome, mistakenly attributed to Holbein. There are actually very few portraits of Henry VIII which can be attributed to Holbein with complete certainty. Those portraits, however, were impressive enough to influence all other artists who painted the King. And so most of Henry VIII's portraits appear Holbein-esque even when they were not actually painted by Holbein. The king faces us directly, one hand clutching a glove and the other resting above a jewelled sword. The rings on his fingers are similar to those in Holbein's portraits as well; the most obvious difference is the colour of his sleeves.