You are viewing 3 options/related products 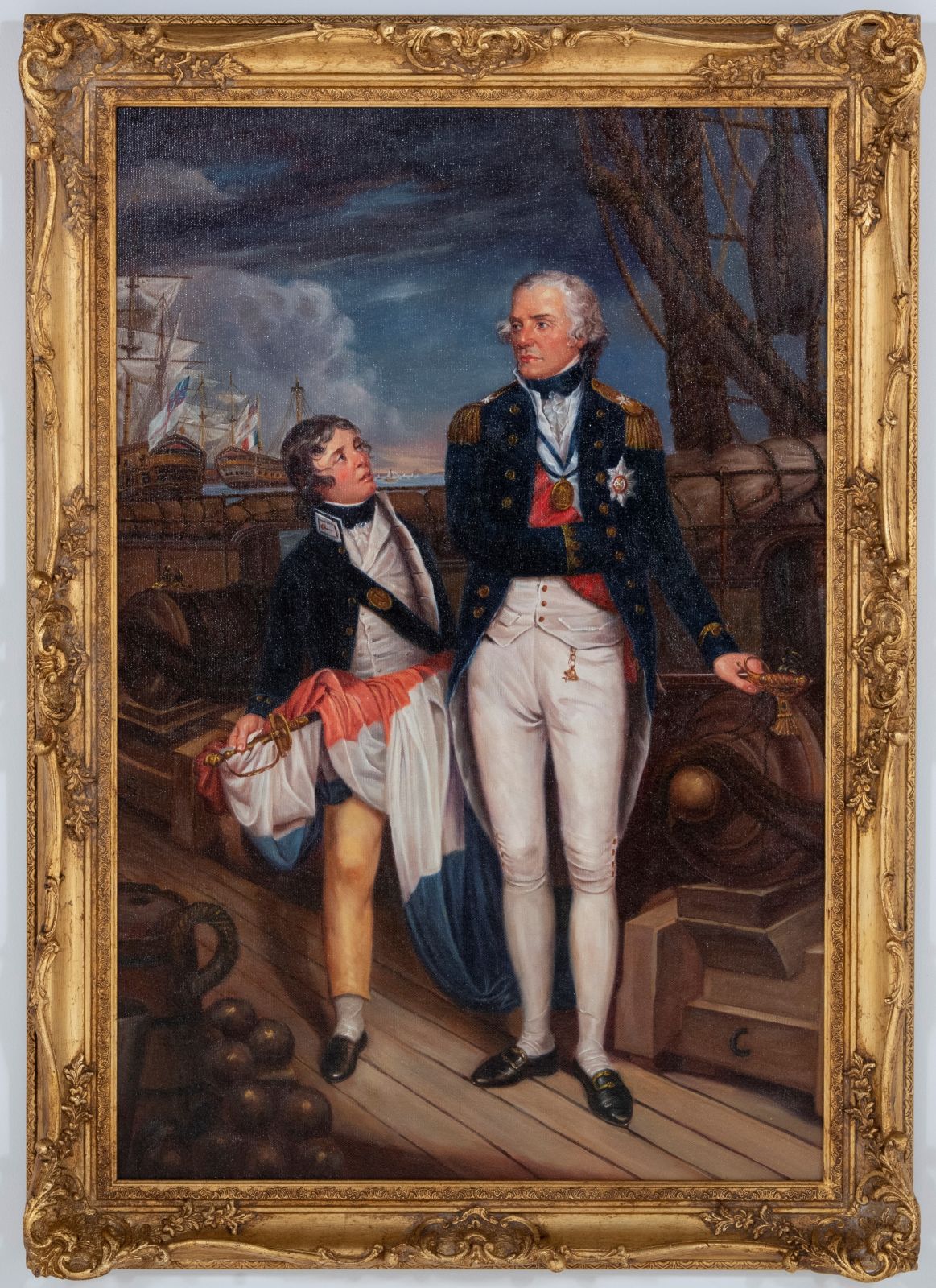 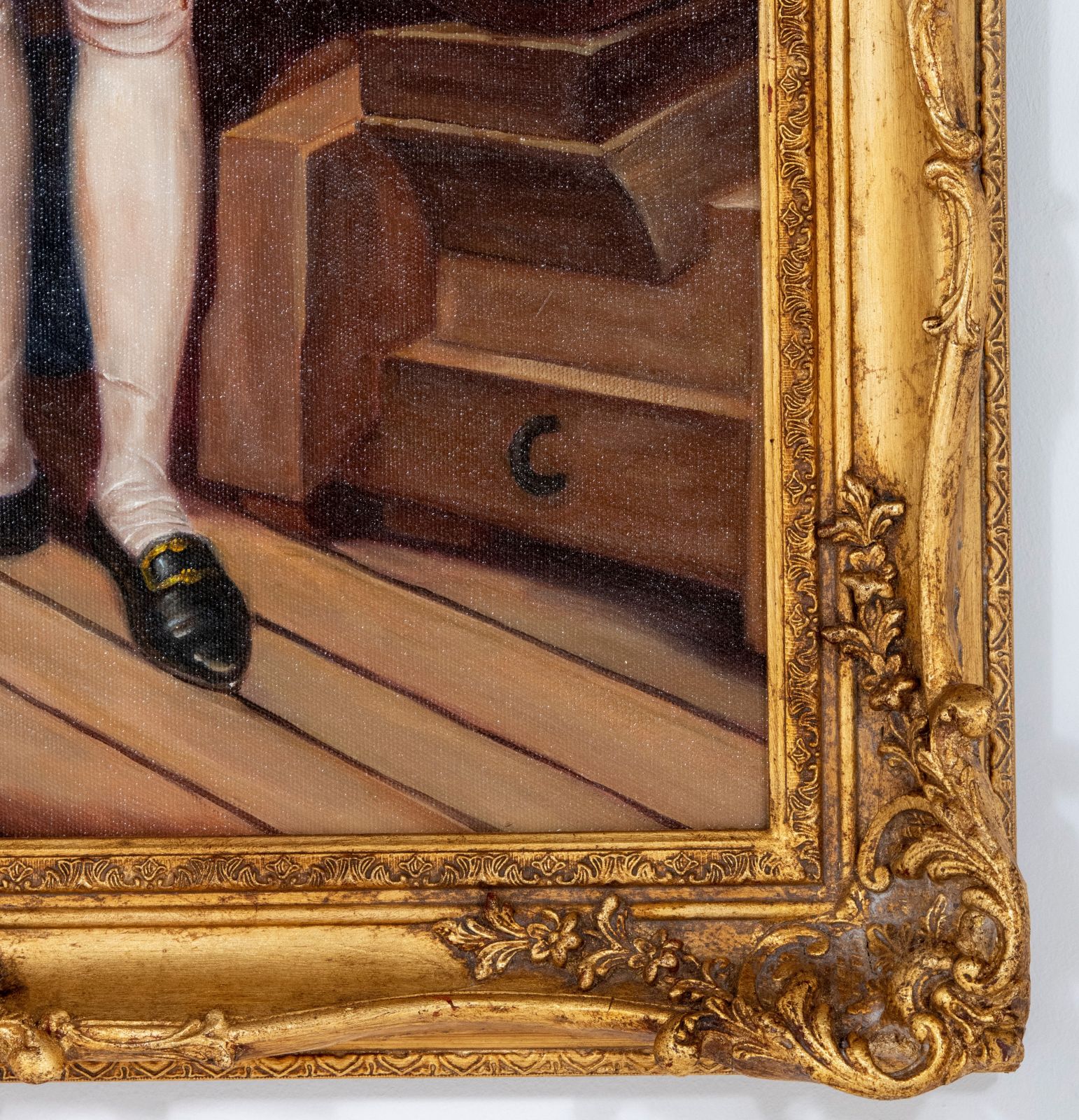 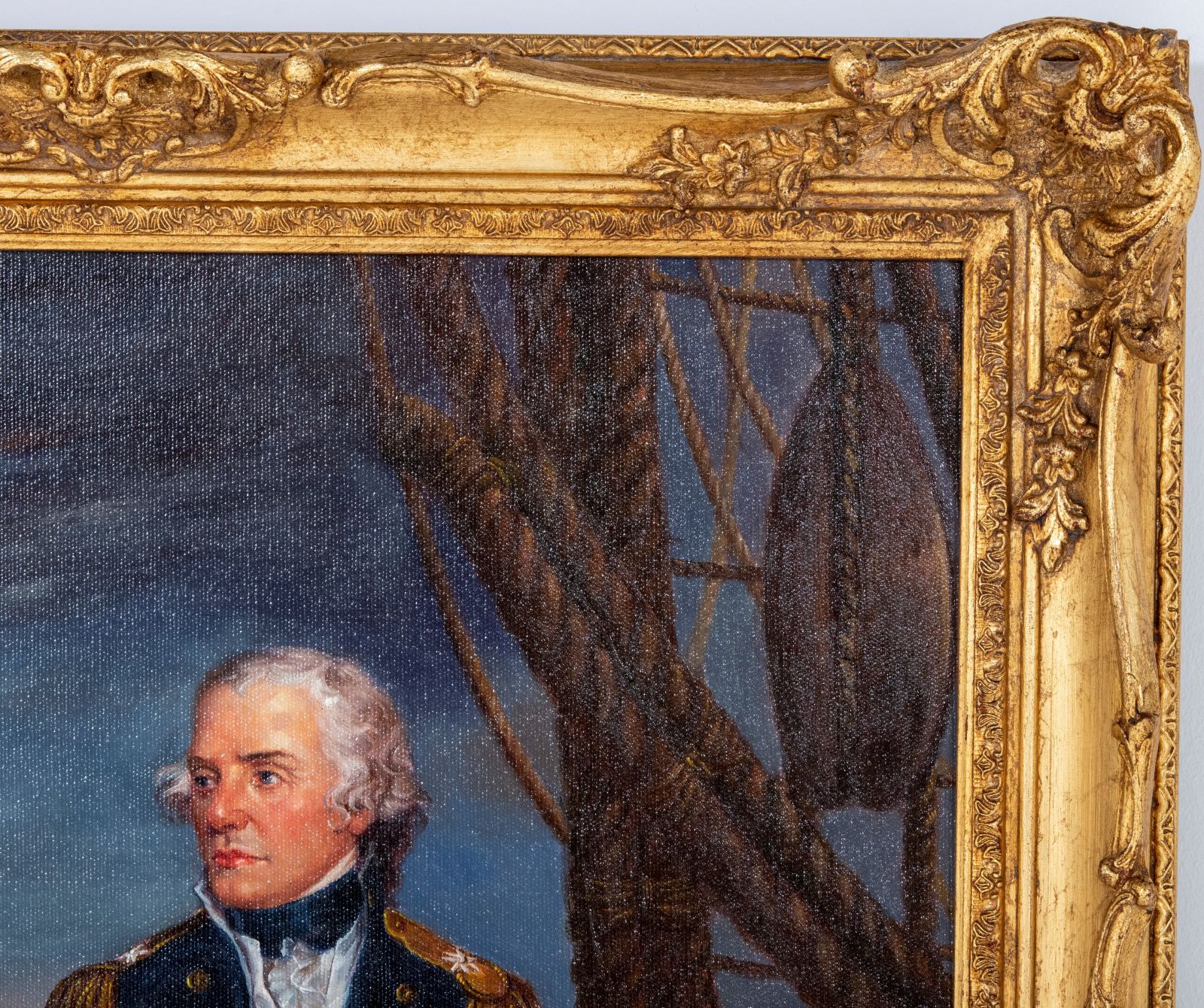 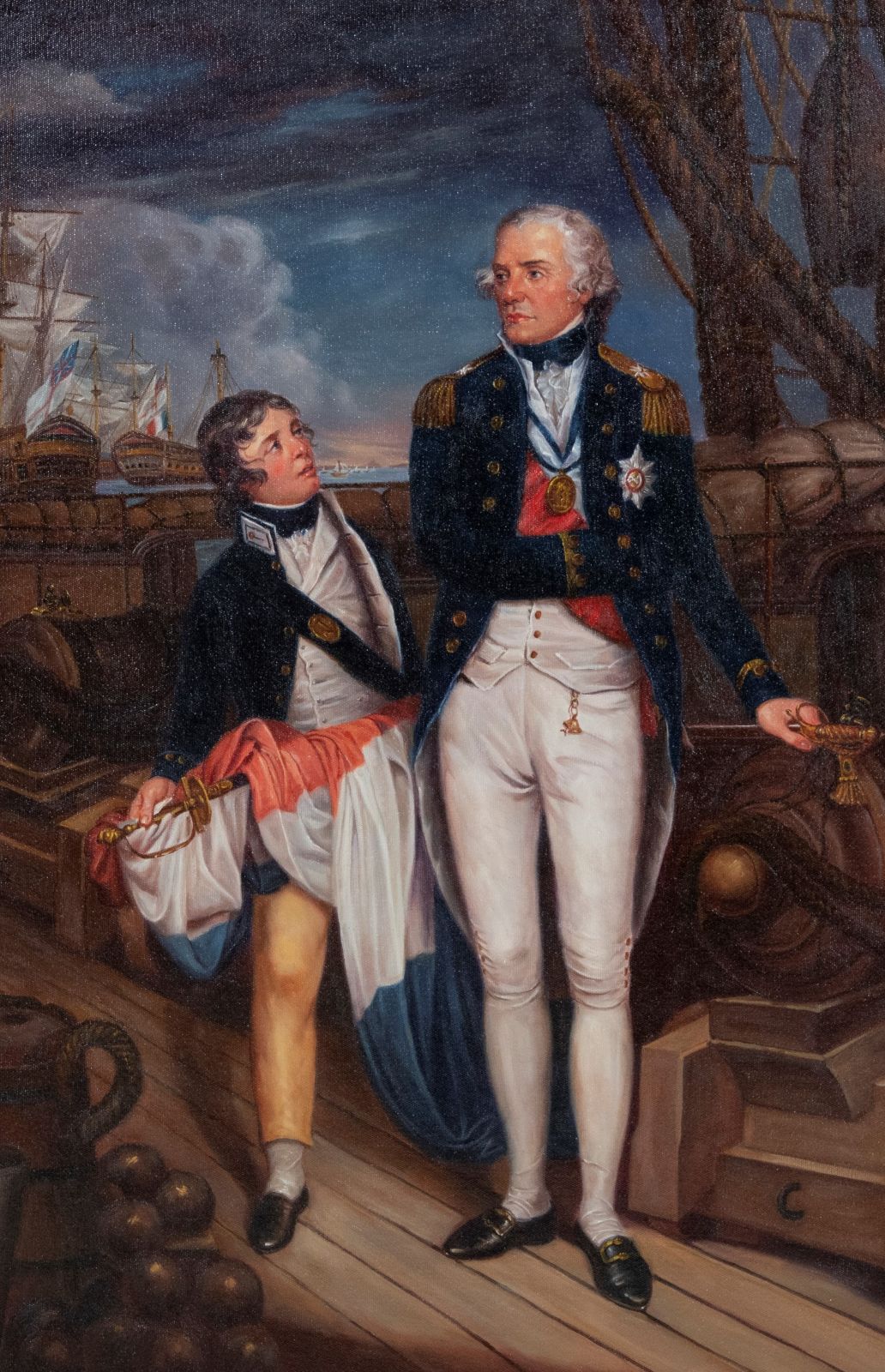 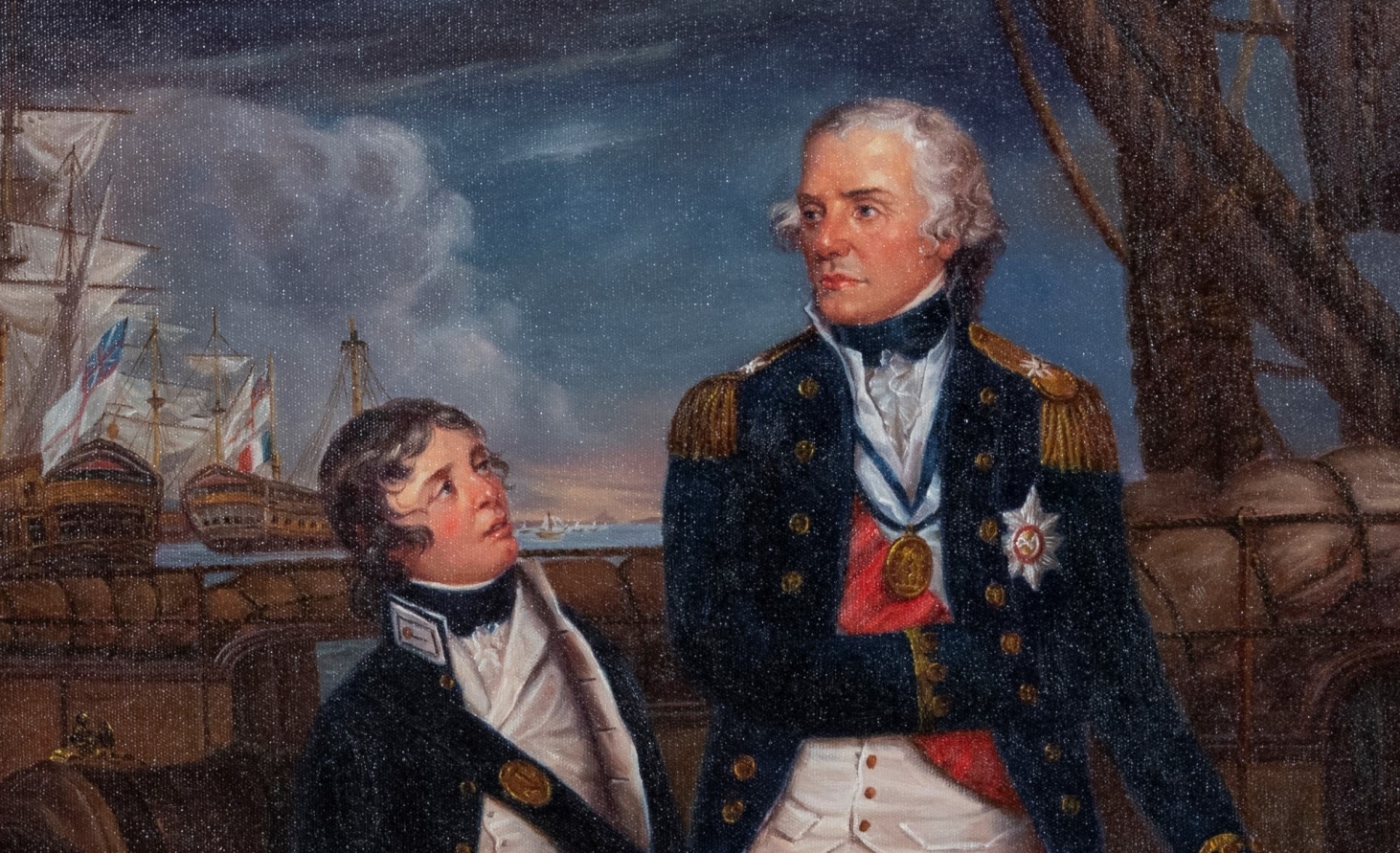 This item has 3 further options/related products

The painting depicts Nelson as Rear-Admiral the Battle of the Nile (1st to 3rd August 1798) with one of his midshipmen handing over the French admiral's sword wrapped in a captured French flag at the moment of victory. The portrait commemorates one of the most decisive victories in English naval history - the climax of a naval campaign that had ranged across the Mediterranean during the previous three months - and is based on life studies made by Guy Head, who met Nelson in Naples soon after the event.

Although the portrait shows Nelson's earlier loss of an arm, he is otherwise shown as unscathed, though in reality his forehead should have been bandaged as a result of the serious wounds he received, and far from the depicted polished officer at ease on his quarterdeck.

The original is part of the primary colelction at the National Portrait Gallery.

The canvas has been stretched and mounted in a

Oil painting of Hush! (The Concert) after James Tissot