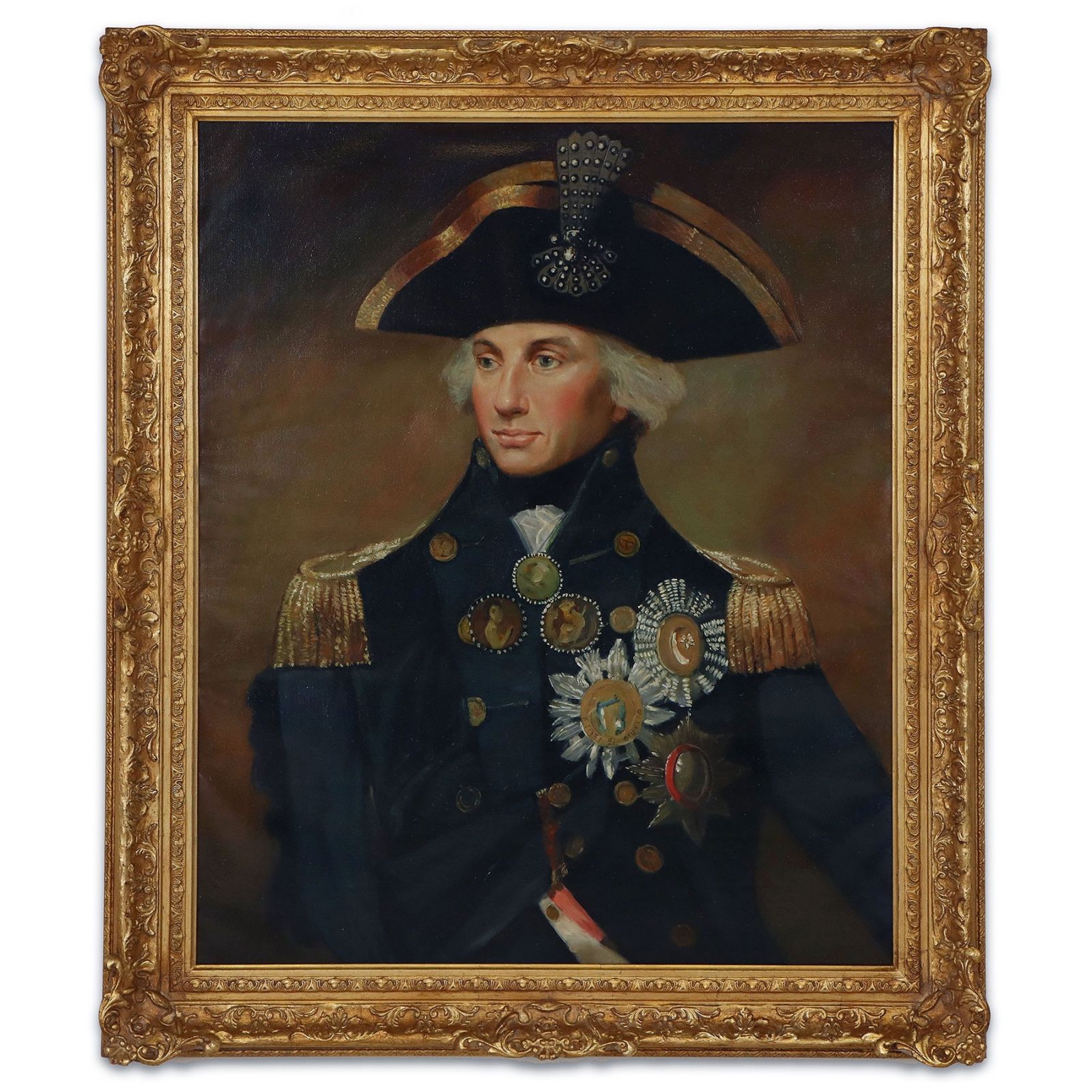 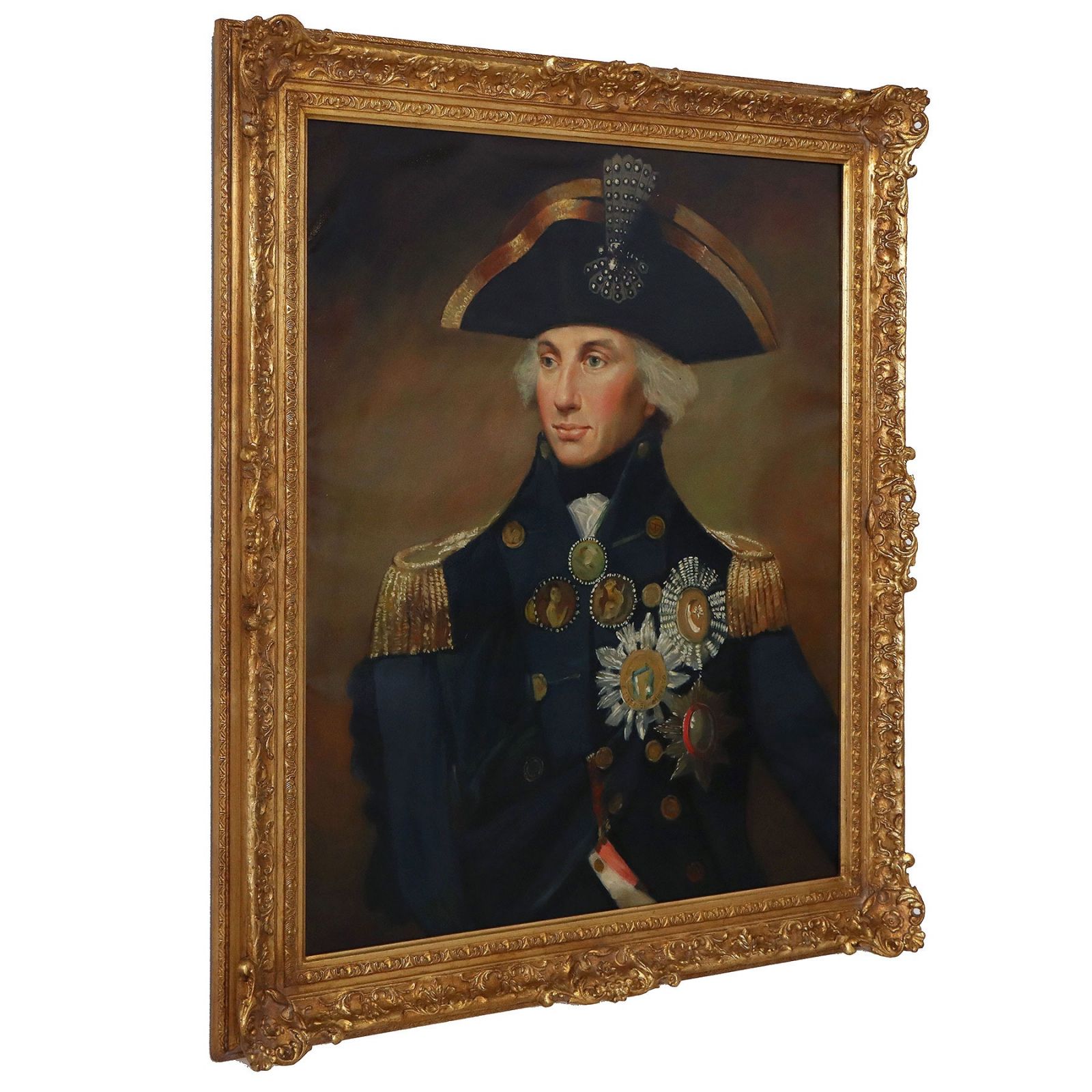 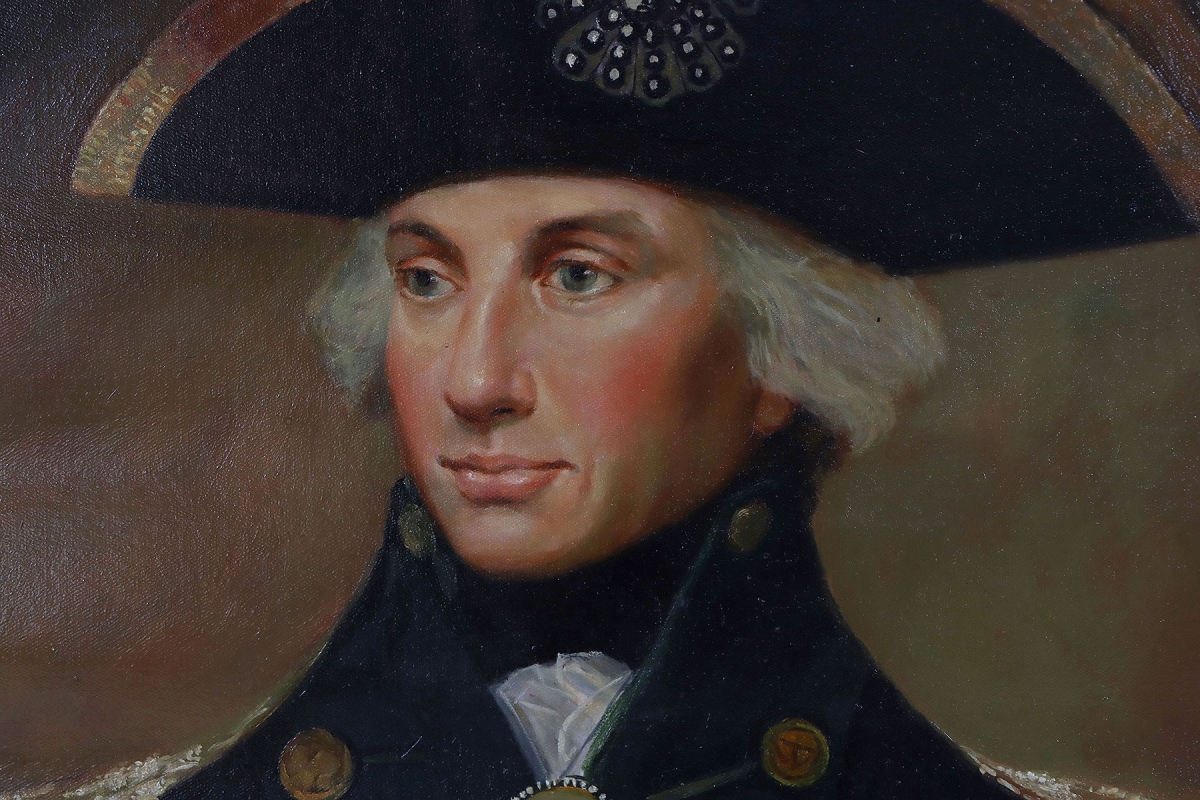 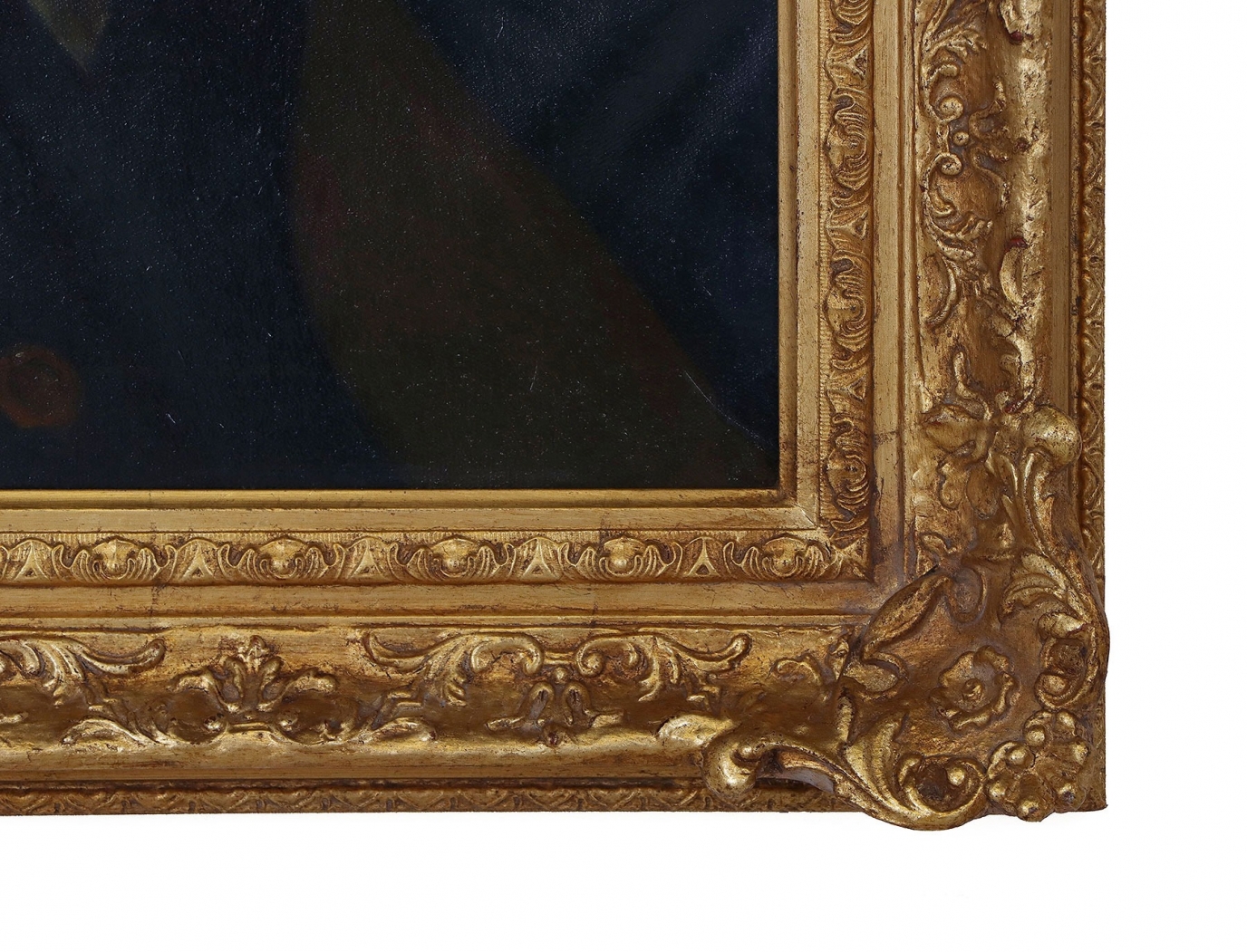 A specially commissioned oil painting on canvas by our principal artist Liu Yingjie, interpreting Horatio Nelson by Lemuel Francis Abbott, the original circa 1799.

Horatio Nelson is a character that attracts great interest, more than 200 years after his death at the Battle of Trafalgar on 21st October 1805.  His successful naval career began at just 12 years old with a sheer belief in his ability to become a hero. He is shown in this portrait, in the manner of Lemuel Francis Abbott, after losing sight in his right eye after being struck in the face by flying stones and sand at Calvi, and after having his right arm amputated after being hit above elbow with grapeshot at Santa Cruz, Tenerife. Lord Nelson was knighted after this campaign in 1797.  His victories and great courage caught the public imagination, and he was indeed considered a hero, both in his own lifetime and in the Victorian period following his death.

The canvas has been applied with ageing varnish, then stretched and mounted in a hand-made 4" swept frame in metal leaf finish.