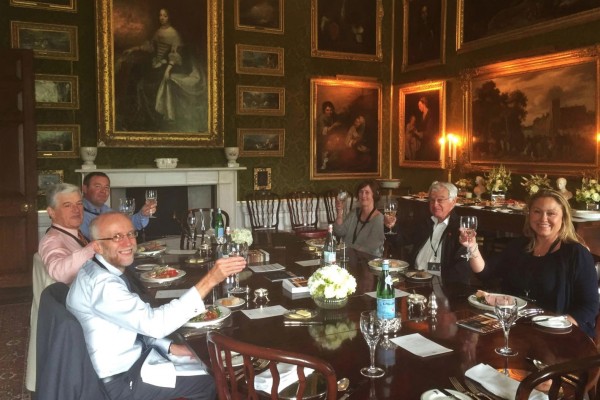 The Althorp literary festival 2016 was the 13th to be held in the house and grounds of Ear...

The Althorp literary festival 2016 was the 13th to be held in the house and grounds of Earl Spencer’s family home: Althorp in Northamptonshire.

Brights of Nettlebed were delighted to sponsor the interview of Loyd Grossman by Earl Spencer on the subject of his favourite literary works and exceeded all expectations in both his character and the presentation of his wide literary knowledge. Most of us know Loyd as a famous broadcaster with TV classics such as Masterchef and Through the Keyhole to his name and of course as an entrepreneur of his famous Pasta sources but he is a man of many talents.

We were interested to learn is that he is currently chairman of the Churches Conservation Trust, Chairman of the Heritage Alliance and a Governor of the British School at Rome. He was appointed CBE in 2015 for his services to heritage.

Treasure Island by Robert Louis Stevenson
A book most of us only read as children but Loyd reads it every year and his enthusiasm for its storyline as well as how it was written brought the book back to life and I am certain many of us will want to return to this classic!

James Boswell’s London Journal 1763-63
A fascinatingly open insight into 17th century London life written in a way that you feel you are taken back in time. A particularly interesting choice for us with our interest in English furniture and with most of the Althorp Living History Collection being replicas from this period.

R M Tawney: Religion and the Rise of Capitalism
This book reflects both Loyd’s economic and historical backgrounds and opens us up to a man devoted to a fairer society where church and commerce are intertwined. Religion and the Rise of Capitalism was first published in 1926 and established Tawney’s name as a historian. He was a great socialist and educator.

Ford Madox: The Good Soldier
Written in 1915 – this is a novel following the life of a soldier: Edward Ashburnham. It is a tragedy about what, to outward appearances is a perfect marriage and that of two American friends. The BBC ranked it 13th on its list of 100 greatest British novels in 2015.

William Dean Howells: The Rise of Silas Lapham
This resonates with Loyd’s country of birth and was first published in 1885. It is set in America and is a novel highlighting and satirising the social etiquette of the period. Silas was a self made man who attempts to acquire the social standards he felt were expected of his status through his daughter’s marriage into an aristocratic family.

It was a pleasure to be introduced by Earl Spencer to Loyd following his interview and to be inspired by his obvious love for history and all things British – a real anglophile!

Our business partner Theodore Alexander sponsored the talk given by Earl Spencer on: The Art of Queenship. This was an ‘entertaining journey through the 2000 year history of England’s queens – from Boadicea to 1952’

We were given a private tour of the house which has been in the Spencer family for over 500 years and by Charles Spencer 9th Earl Spencer since 1992. It houses one of Britain’s finest collections of English art and antiques. When visiting Althorp the overwhelming impression is that of a lived in family home, a place to return to and immerse yourself in an environment created by generations of one family. We are always struck by the love and attention to detail given us by everyone at Althorp. A good day was had by all and we look forward to September 2017 for the 14th Althorp Literary Festival! 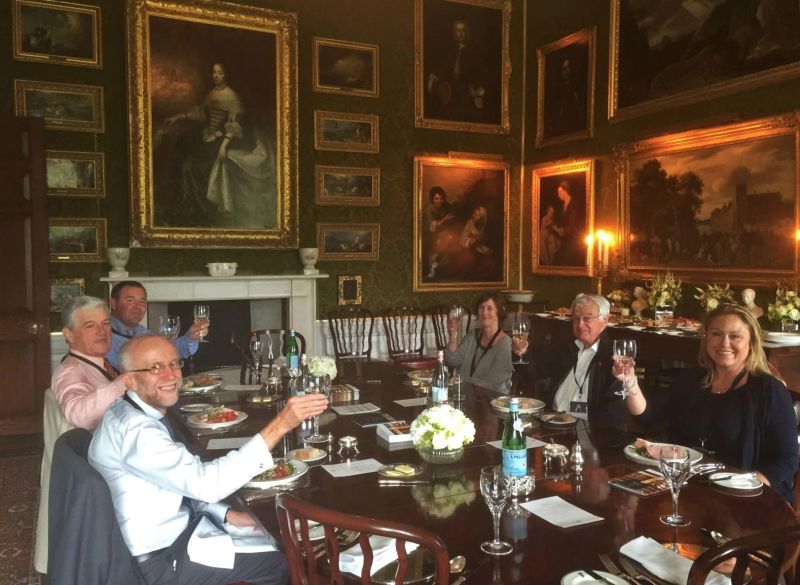 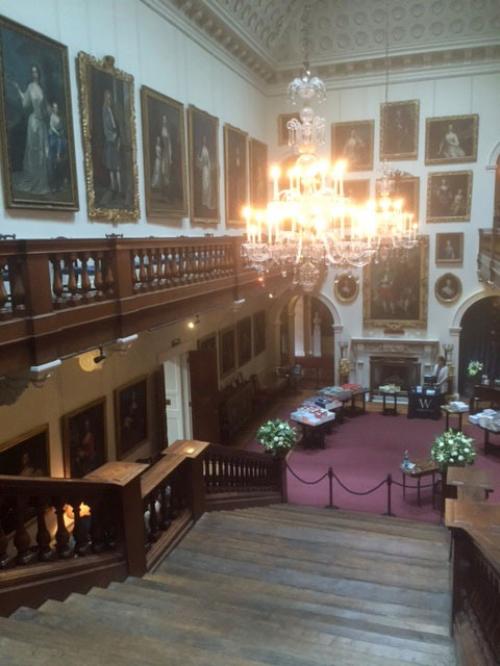 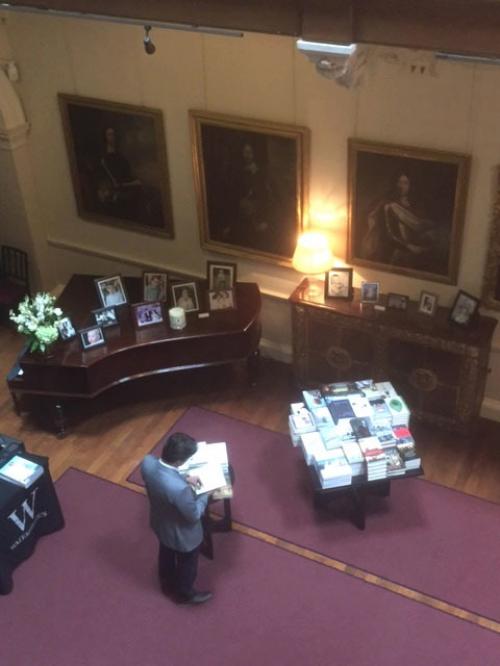 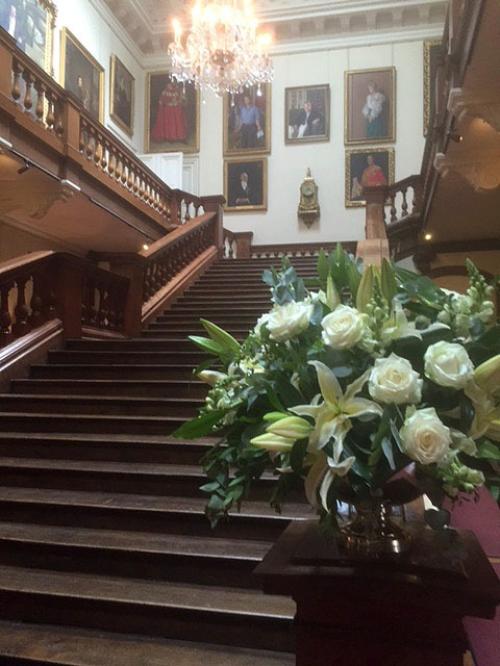 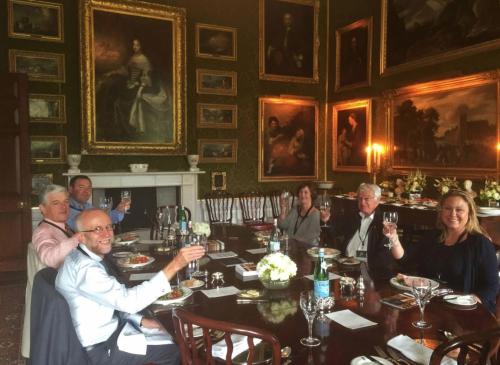 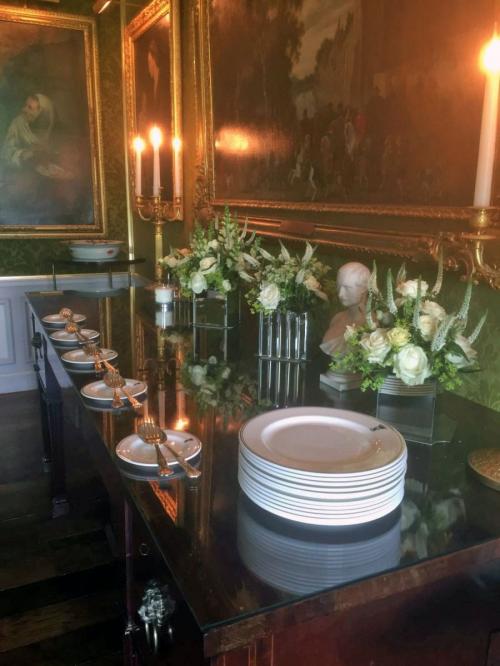 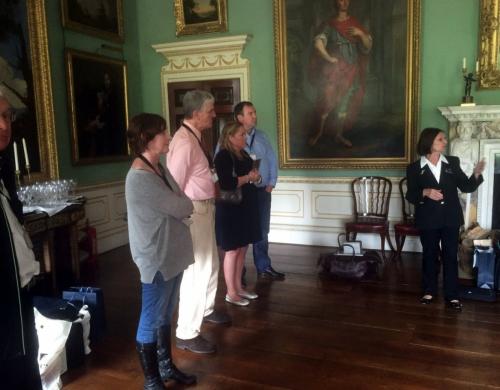 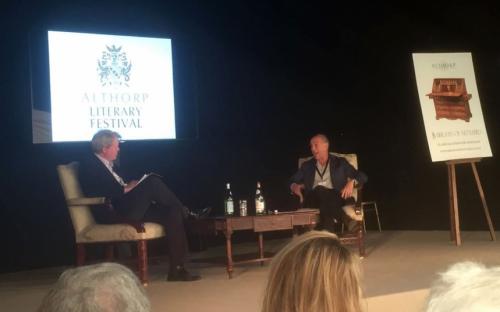