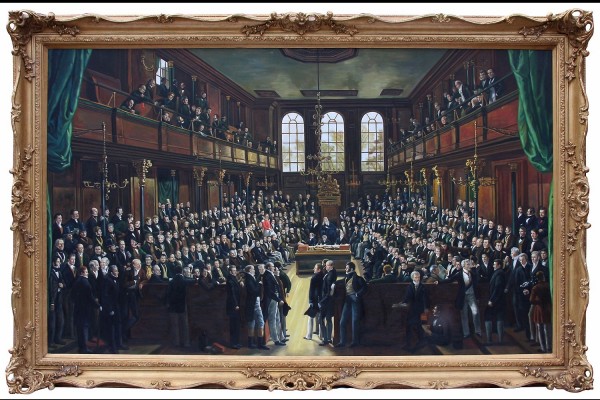 Is the Sovereignty of the UK Parliament Under Threat?

There’s no denying that Great Britain is going through some turmoil at the moment. It mig...

Is the Sovereignty of the UK Parliament Under Threat?

There’s no denying that Great Britain is going through some turmoil at the moment. It might even seem like there are very few things that the nation is able to agree on.

Resignations have been put forward and scathing attacks have been launched, but prime minister, Teresa May continues to make the case for her agreement plan. In recent speeches, Teresa May has assured voters that the deal delivers on the 2016 Brexit referendum and that it gives security to farmers and other businesses.

However, there are plenty who disagree. The Federation of Small Businesses has claimed that tens of thousands of British small businesses will be put at risk in the case of this deal going ahead. FSB chairman, Mike Cherry, said, “the clock is ticking. If the government doesn’t act quickly and introduce financial incentives there is a risk the current uncertainty will have a serious and detrimental impact.”

In the midst of the political climate, as the country faces such an array of complex, difficult decisions, Brights of Nettlebed believes that now is a crucially important time for all of us, from every side of the political spectrum, to remember our shared history as one of the world’s proudest democracies.

This history is clearly illustrated in the painting, House of Commons, 1833, originally painted by Sir George Hayter. This work of art depicts a monumental moment in political history, the first meeting of parliament after the passing of the Great Reform Act of 1832. This bill was the climax of a 50-year build-up of tension as the public demanded parliamentary reform to change an unfair electoral system.

House of Commons, 1833, which took more than 10 years to complete, depicts 375 individual sitters, including some highly notable historic figures, earning it the title of ‘the portrait with the most identifiable sitters’, in London’s National Portrait Gallery, where it hangs today.

Brights of Nettlebed has commissioned this oil painting in the manner of the original masterpiece. This near-identical reproduction is displayed at the company’s showrooms in Nettlebed where it is available to purchase. 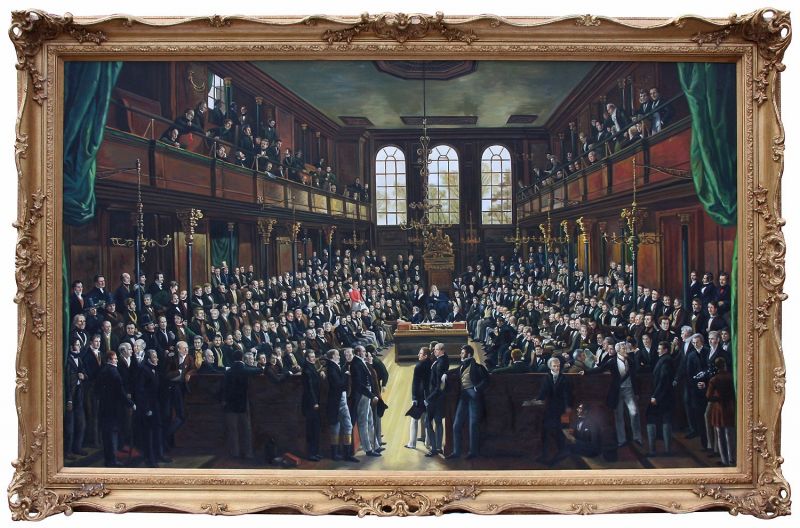 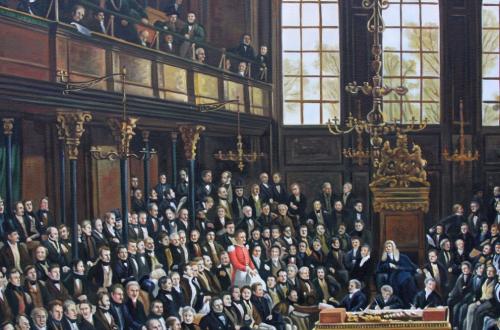 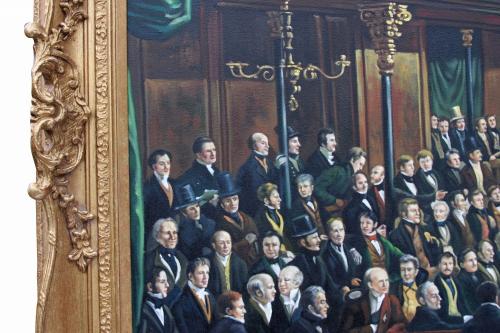 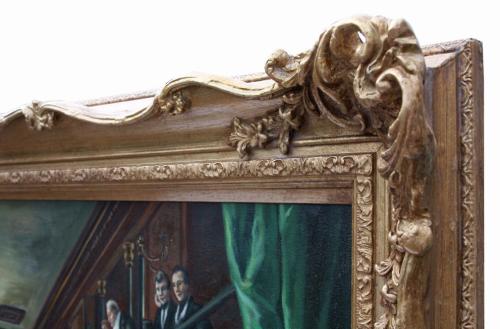