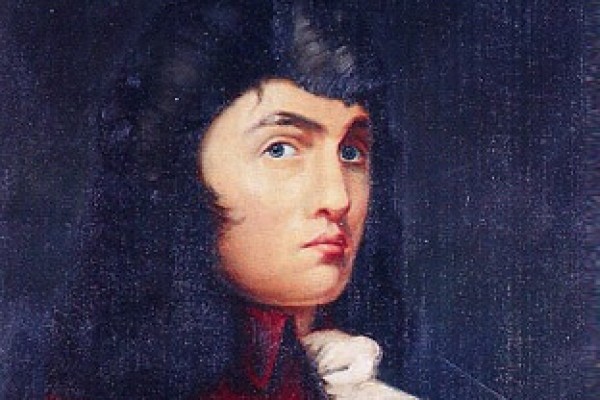 Thomas Chippendale (1718 – 1779) is arguably the most renowned of all Britain’s master cabinet makers. Rising from humble origins in West Yorkshire, Chippendale went on to become one of the most influential men of his day, with aristocrats, politicians, royalty and stars of the stage all clamouring for the chance to display his work in their homes.

It was his revolutionary book of designs, originally published in 1754, which launched Thomas Chippendale to international fame and lead to the name ‘Chippendale’ becoming synonymous with fine quality furniture.

The Chippendale family had been involved with woodwork for several generations before Thomas was born. It is believed that he worked as a practical apprentice with his father when he was young, before receiving additional training from York’s leading carpenter, Richard Wood. In due course, Thomas Chippendale moved to London where he found fame as a highly sought-after furniture maker.

Chippendale was well-known for embracing new styles and techniques; he was often influenced by the fashions of France and across Europe. His designs included touches of rococo, chinoiserie, gothic and more.

As well as a grand and elegant aesthetic, Chippendale furniture holds several hallmarks of the highest quality manufacture which put them in a class of their own. For example, Chippendale had an unrivalled in-depth knowledge and understanding of timber and its qualities. This led to master craftsmanship and fine details such as the fact that he would use cross-grain rather than long-grain wood on simple moulding, to add an element of refinement. Other tell-tale signs of Chippendale furniture include fine dovetails on drawers and the fact that door-panels would be made with sufficient space to shrink over time without splitting (one of the reasons that much of his work remains in immaculate condition today).

After the publication of The Gentleman and Cabinet Maker’s Director in 1754, Thomas Chippendale was elevated to fame throughout Europe and North America and his work became all the rage. This collection of designs included more than 160 illustrations of ‘elegant and useful designs of household furniture in the Gothic, Chinese and modern taste’. An immediate success, the book sold out almost as soon as it was published and was reprinted in second and third editions over the next two years. This was undoubtedly the launch of Thomas Chippendale’s success and is still a highly prized addition to many collections today.

As an upholder, with as many as 50 in-house craftsmen working under his creative direction and supervision, Thomas Chippendale prided himself on always keeping ahead of fashions and appeasing his most discerning clients.

His preferred projects to work on were long-running commissions, usually equipping entire country manors or town houses from top to bottom. This kind of work would usually include grand pieces for reception rooms, wallpapers, textiles, upholstery, decent items for family rooms and basic, utilitarian pieces for the servants. Properties displaying this practice can still be admired today, such as Harewood House in Ascot and Nostell Priory in Wakefield.

Many of Chippendale’s clients can be discovered by researching his well-maintained bank ledgers and accounting books. More than 600 individual pieces of furniture can be traced from workshop to home based on this documentation. Historians of Chippendale furniture are able to assign personal tastes and styles to individual clients through these archives. For example, the furniture created for the Earl of Dumfries in Dumfries House was of a distinctive rococo style, the house of Sir Laurence Dundas was inspired by the Adamesque movement and the stately home, Burton Constable, seat of the Constable family since the 13th century, still displays the exquisitely refined elegance of the family as Chippendale was commissioned to model a grand interior.

Almost 250 years after his death, Thomas Chippendale’s genius and reputation as one of Britain’s master furniture-makers goes undisputed. The beautifully designed homes of many of his clients are still on display and several of his individual pieces still survive in immaculate condition.

The market for those items, which have been attributed to Thomas Chippendale, remains as strong as ever. The grandest items in his collections are sold for millions of pounds or dollars and the contents of Dumfries House (mentioned previously) were sold by the Marquess of Bute for £45 million in 2007. A year later, Christie’s auction house broke the world auction record four times in one sale of a Chippendale piece.

Brights of Nettlebed offers reproduction Chippendale furniture to suit any interior. You can choose from chairs, mirrors and cases, all of which have been carefully made after the original antique designs, hand-carved with the same dedication to detail and quality as Chippendale himself. The intricately carved gilt mirrors, serpentine-shaped dining chairs and sturdy bookcases available at Brights of Nettlebed would impress even the most dedicated followers of Chippendale’s work.