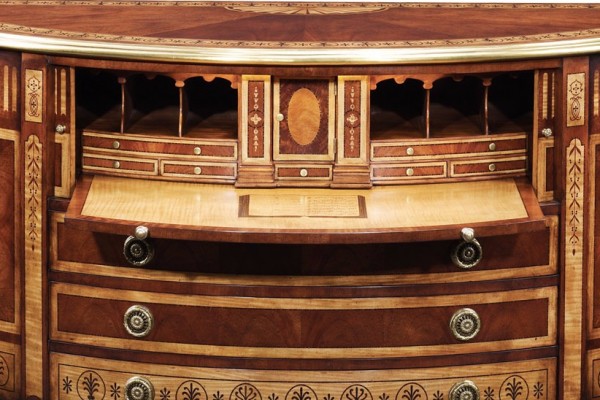 Period Furniture Influenced by the reigning monarch We refer to period furniture to descr...

Influenced by the reigning monarch

We refer to period furniture to describe an historic link to a particular style.

Period furniture is divided into intervals and influenced by the reigning Monarch of the day.

Oak was widely used in the Elizabethan – Cromwellian stretch along with ash and elm.  It would be usual to make tables and dressers from oak, ash and elm.  Oak being a hard wood meant that furniture was very solid and legs and friezes could be carved to add decoration. The Tudor Rose carving was a classic example of how the monarchy of the period influenced designs.  The Cromwellian period was a time of austerity, period furniture at this time was sharp, angular, simple and practical, carving and upholstery were rare.

With re restoration of the monarchy 1660 the country was open to Dutch and French influence with many highly-skilled furniture makers settling in England and fine detail became fashionable. Locally grown oak was still the basic wood for country pieces and carcasses but, by the end of the century, case furniture was often veneered with English walnut or walnut imported from France or Virginia. Period furniture at this time saw the introduction of the  Queen Anne leg.

The Georgian era 1714 – 1830 is defined as spanning the reigns of the first four Hanoverian kings of Great Britain who were all named George.  This period saw a new Britain emerge, Georgian Britain heralded a wave of architects, designers and musicians.  We left our Medieval past and the Golden Age of furniture and works of art was born. Great people such as Chippendale, Sir Christopher Wren, Capability Brown, Handel, Wedgwood, Holbein, silk fashions and jewellery design all contributed to the pinnacle of Georgian Britain when trade and wealth was more important than ever.

It is this ultimate period when classical homes were built for the very wealthy and today, it would be impossible to complete a furnishing scheme with original period furniture without the help of today’s cabinet and frame makers.  These craftsmen have harnessed the skills passed down through generations in order to copy timeless designs using traditional techniques to make the next best thing to original period furniture pieces. 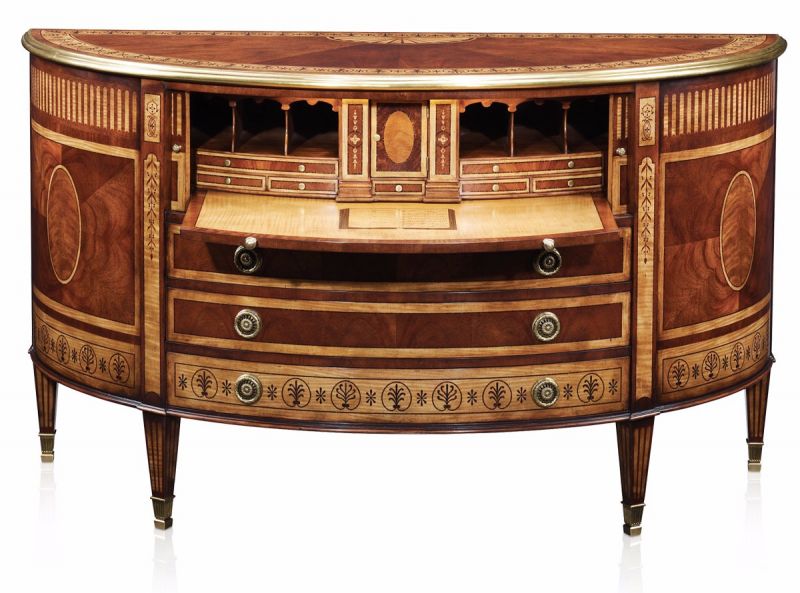 Mahogany and marquetry side table