A specially commissioned oil painting on linen canvas interpreting "The Defeat of the Floating Batteries at Gibraltar" by John Singleton Copley.

A specially commissioned oil painting on linen canvas interpreting "The Defeat of the Floating Batteries at Gibraltar" by John Singleton Copley.

The original painting by the Boston-born American artist is one of the main attractions of the Guidhall Art Gallery, London with its unmissable size at a huge 7.5 metres wide. Originally painted in 1791, the scene depicts the battle that took place on 13th September 1782 during the Great Siege of Gibraltar - an unsuccessful attempt by Spain and France to capture Gibraltar from the British during the War of American Independence. The Spanish formulated a secret weapon known as the Floating Batteries; designed to fire on Gibraltar at close quarters with deadly accuracy. The Governor of Gibraltar, General George Augustus Eliott, is on horseback pointing to the rescue of the defeated Spanish sailors by the British.

The canvas has been terated with ageing varnish, then stretched and mounted in a 5" hand-made frame with shell corner decoration. 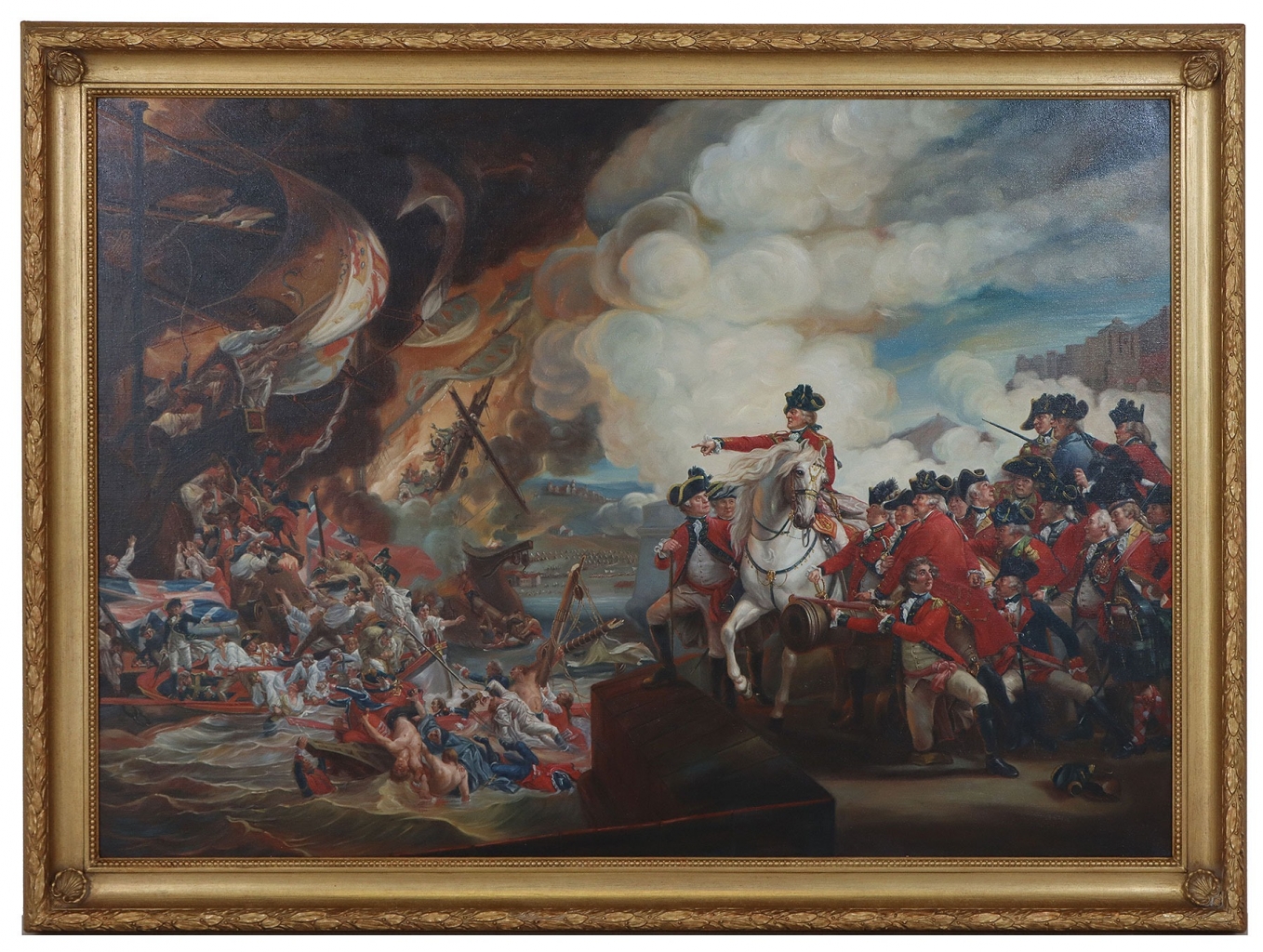 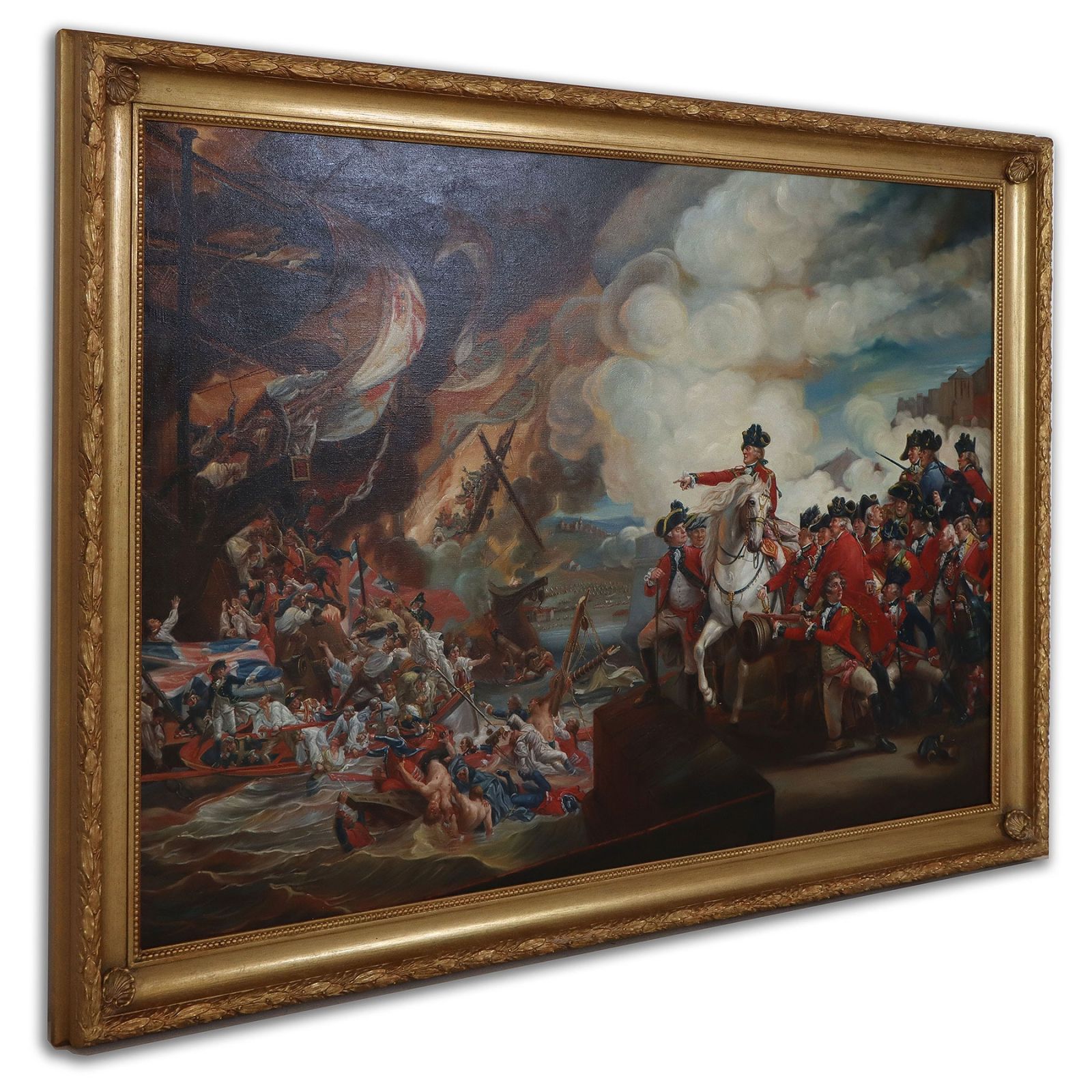 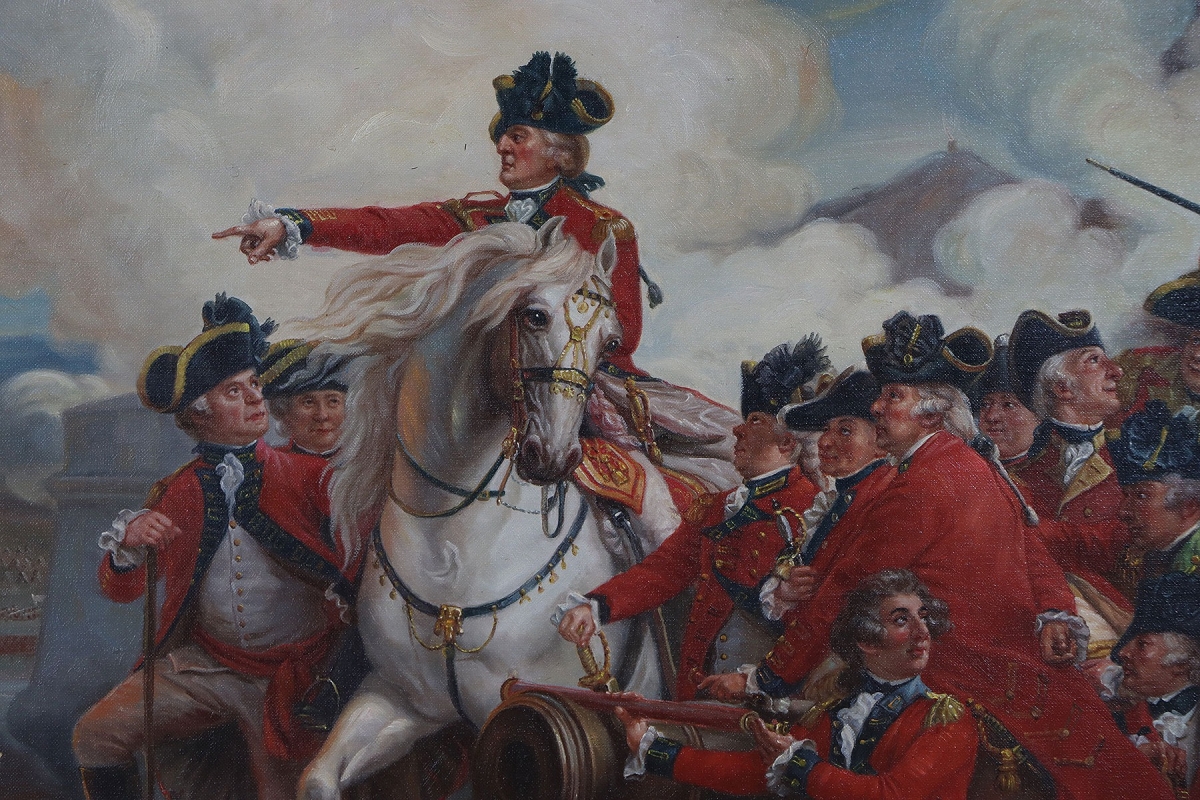 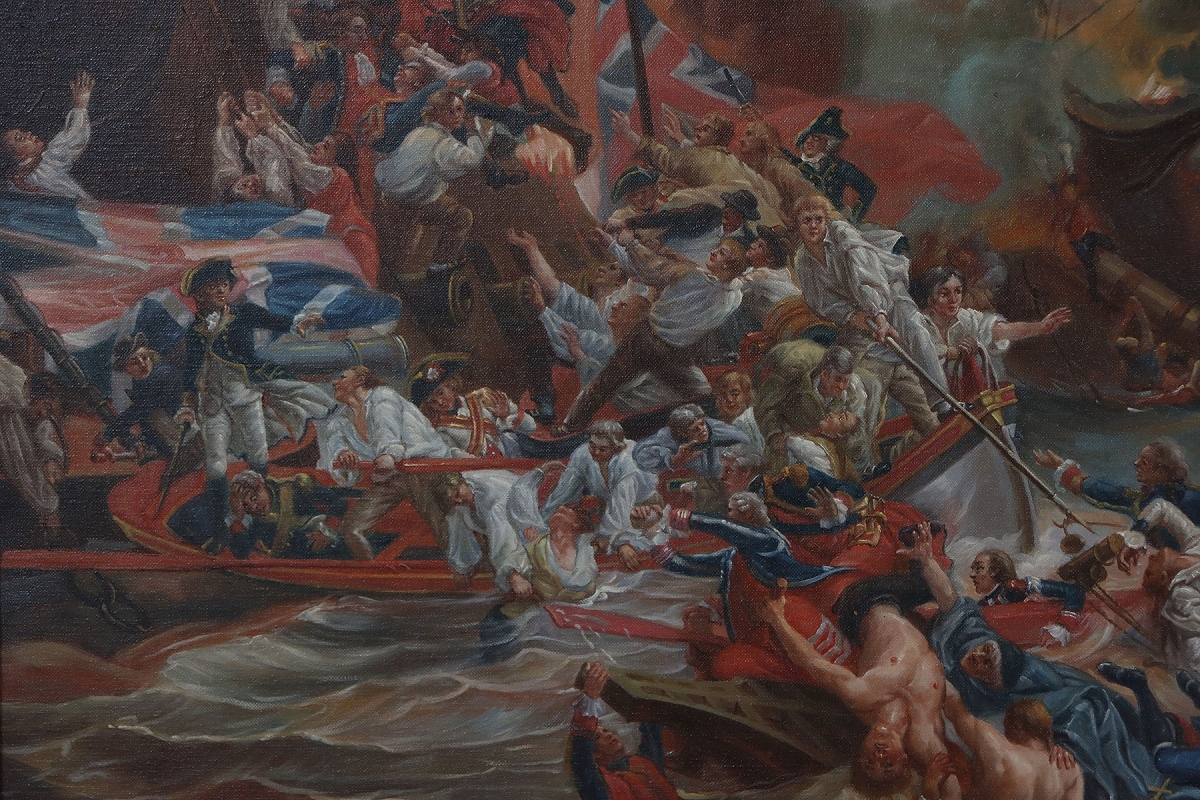 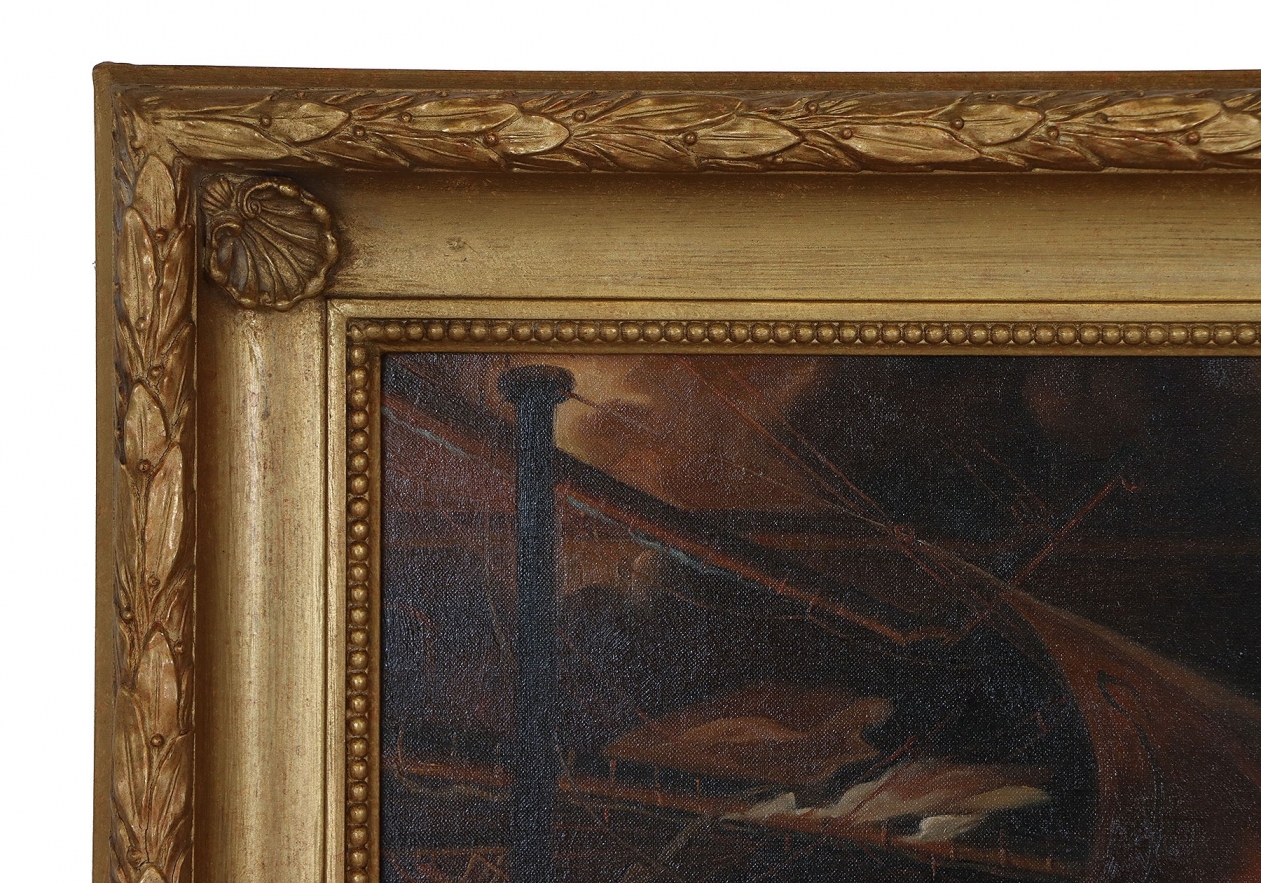 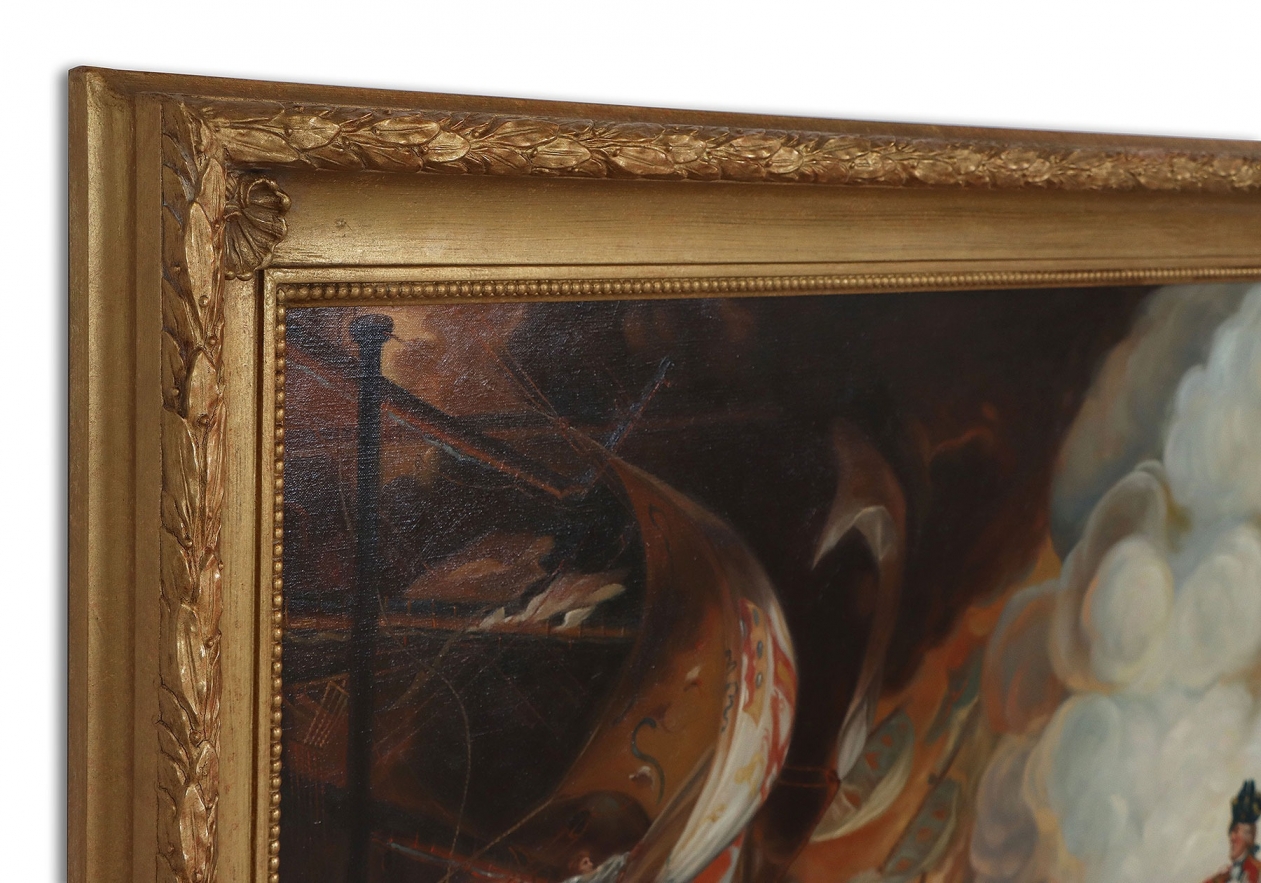