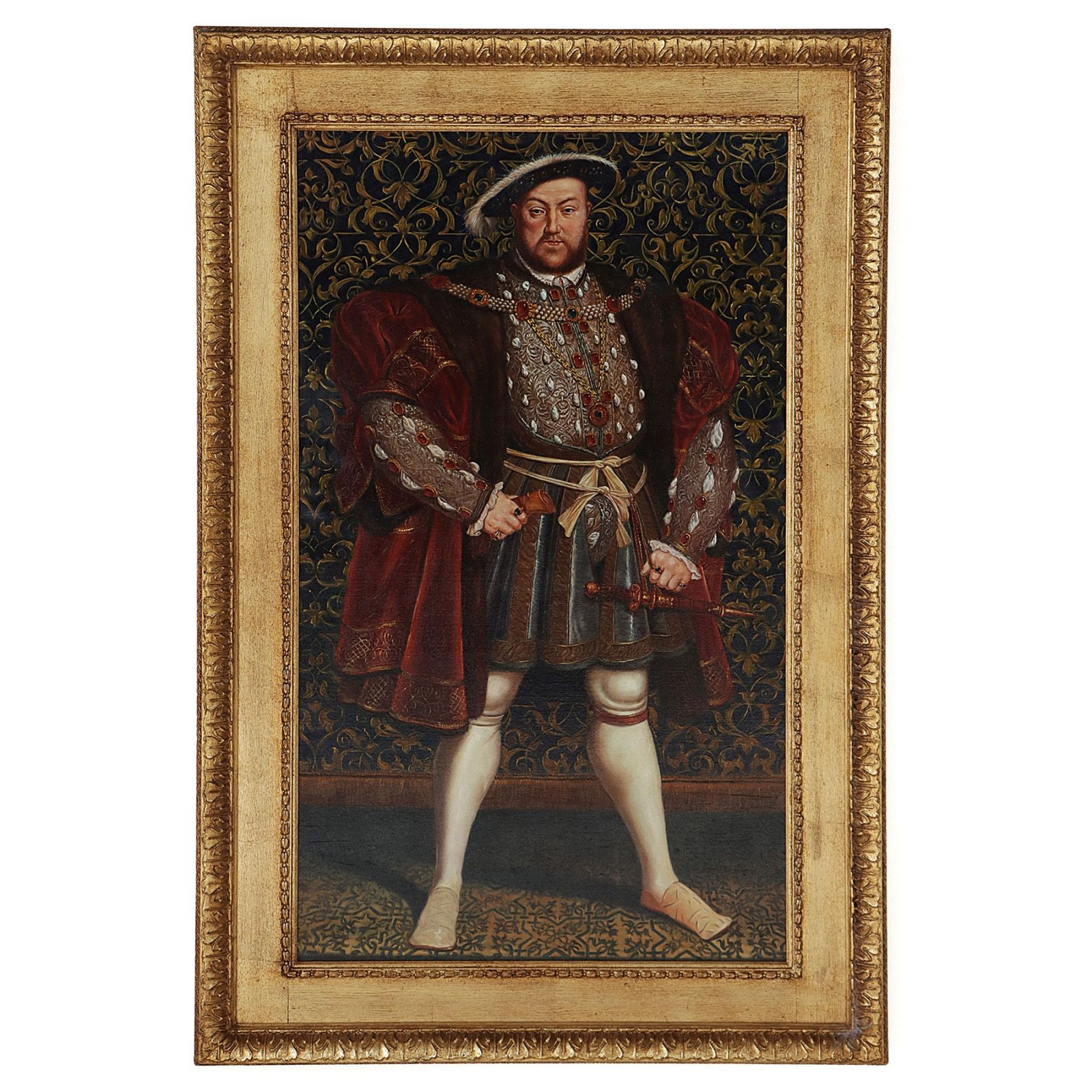 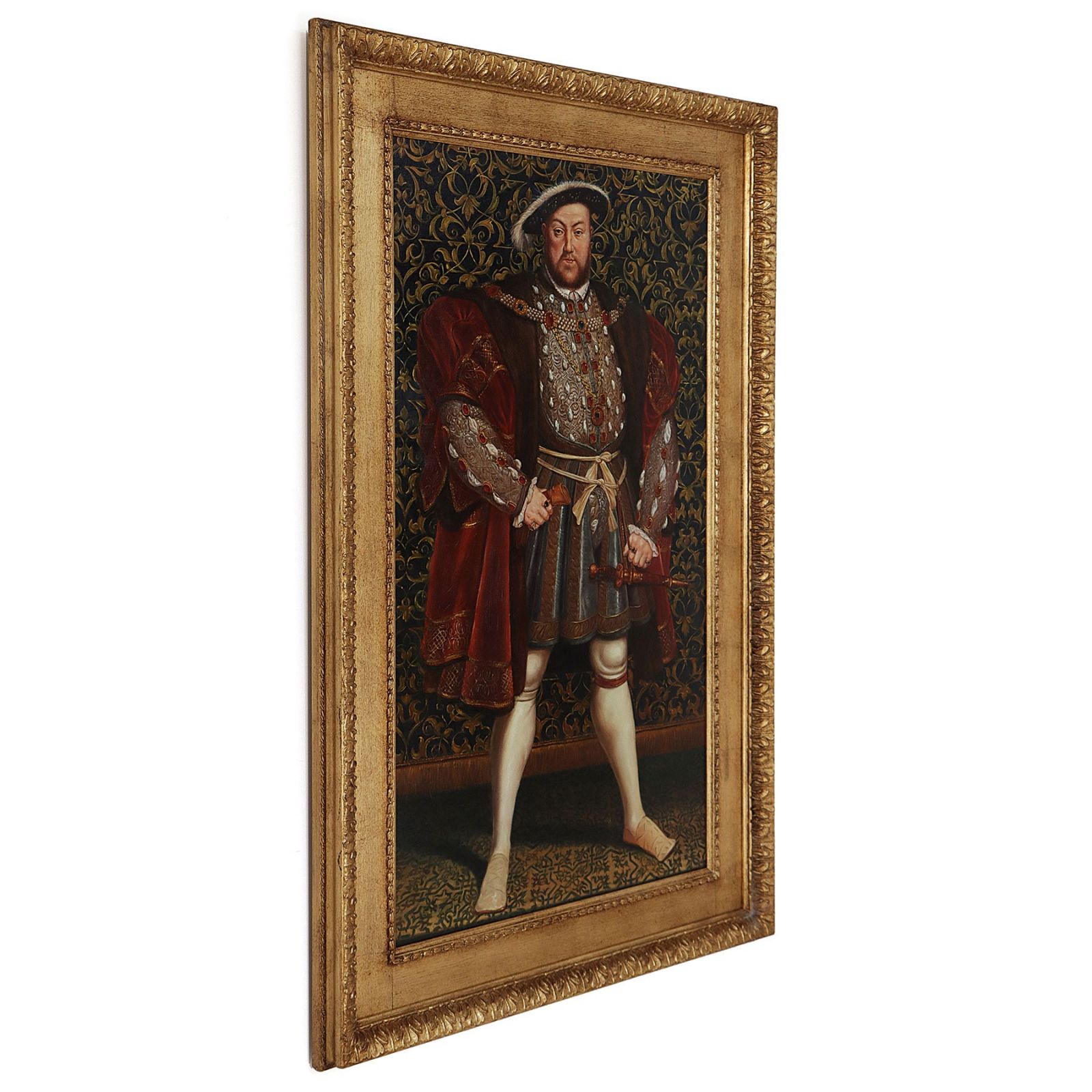 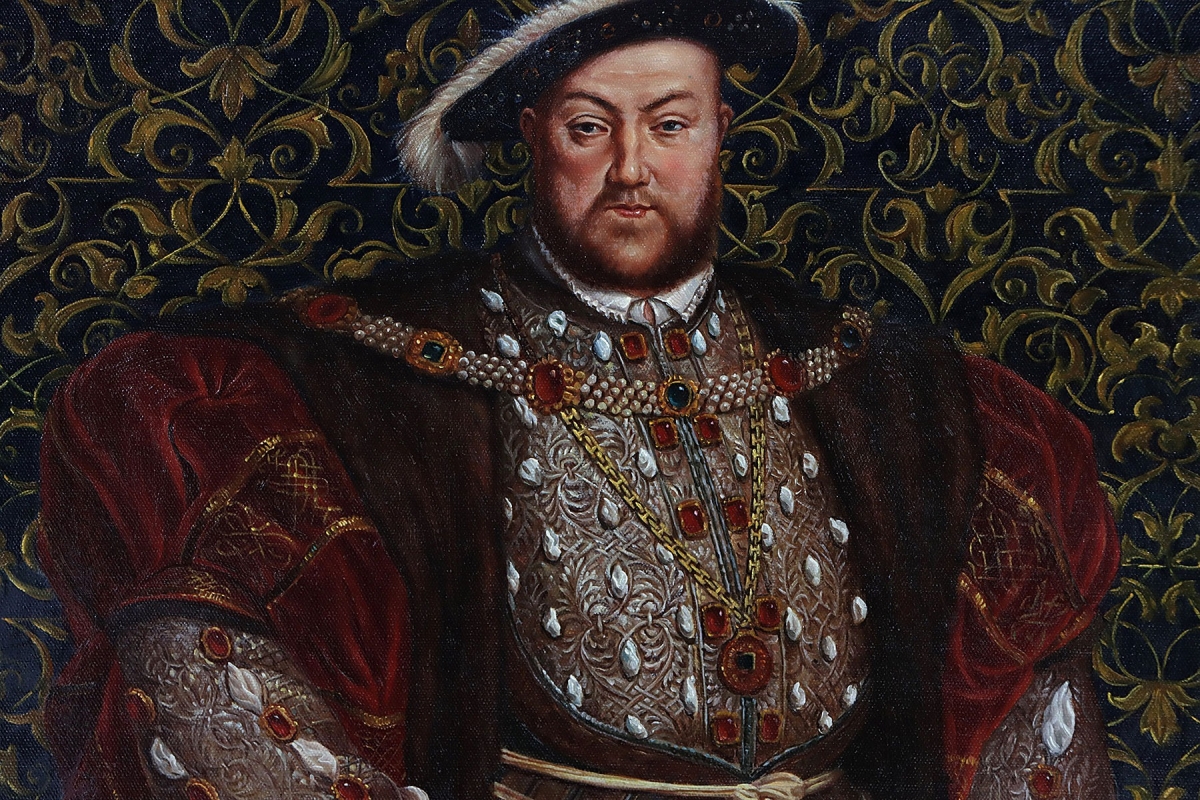 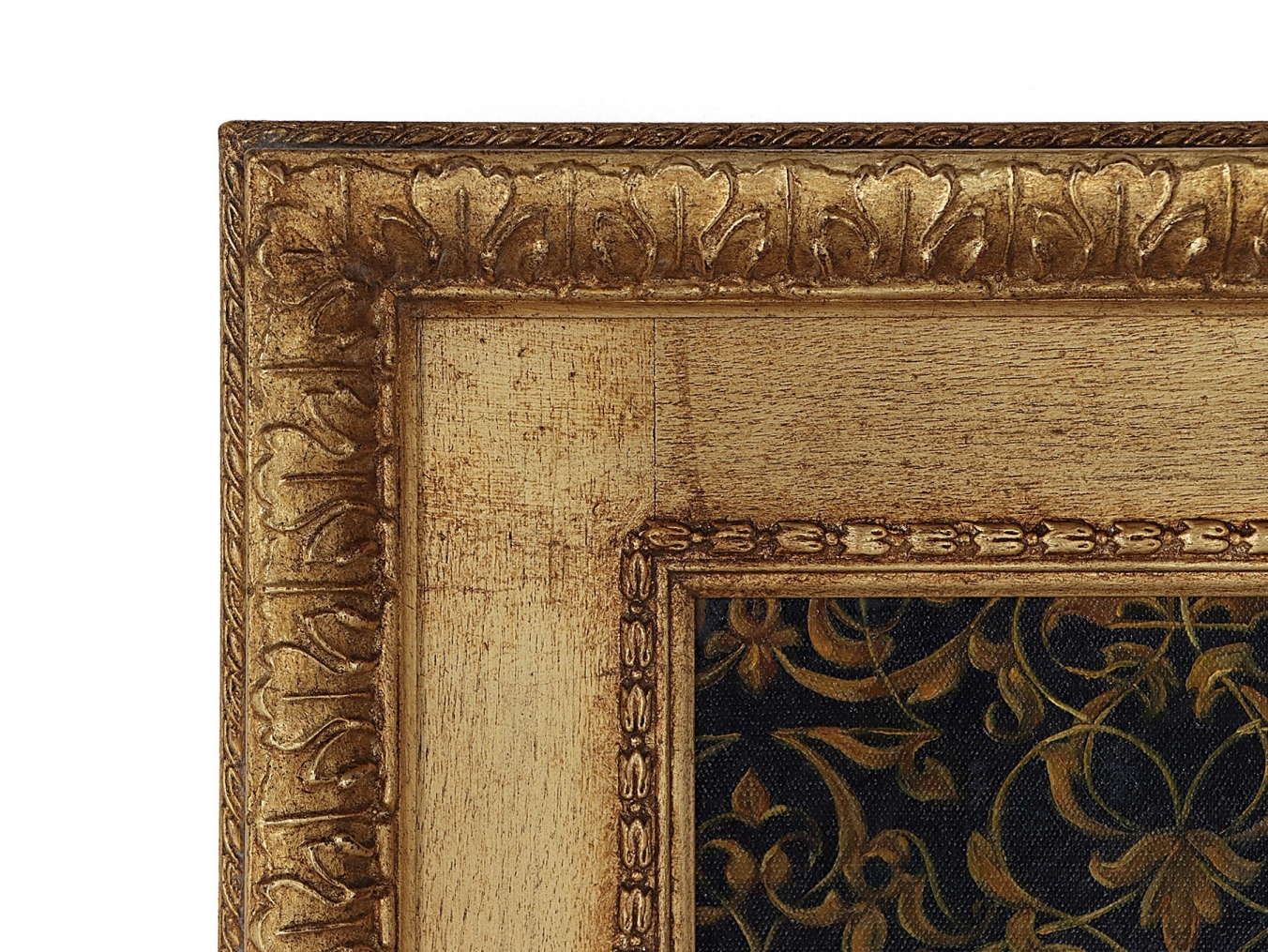 A specially commissioned oil painting on canvas interpreting a Portrait of Henry VIII of England by Hans Eworth, after Hans Holbein the Younger, Chatsworth House, circa 1560.

Hans Eworth (1520–1574) was an exiled Flemish painter active in England in the mid-16th century. He made a career in Tudor London, painting portraits of the gentry and nobility and about 40 paintings are now attributed to him, including portraits of Mary I and Elizabeth I and this portrait of Henry VIII after Hans Holbein the Younger.

The canvas has been stretched, applied with ageing varnish and mounted in hand-made frame with antique patina.