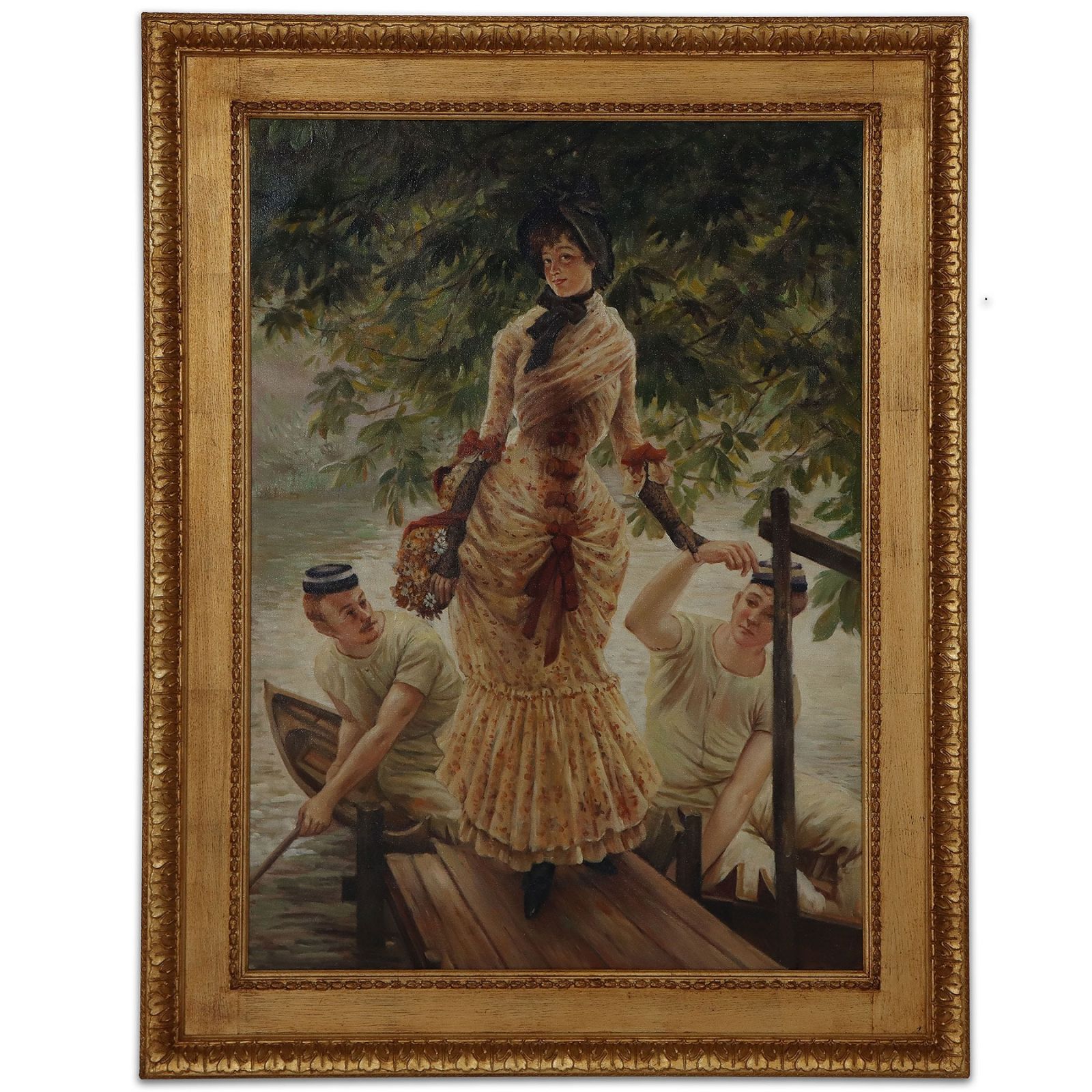 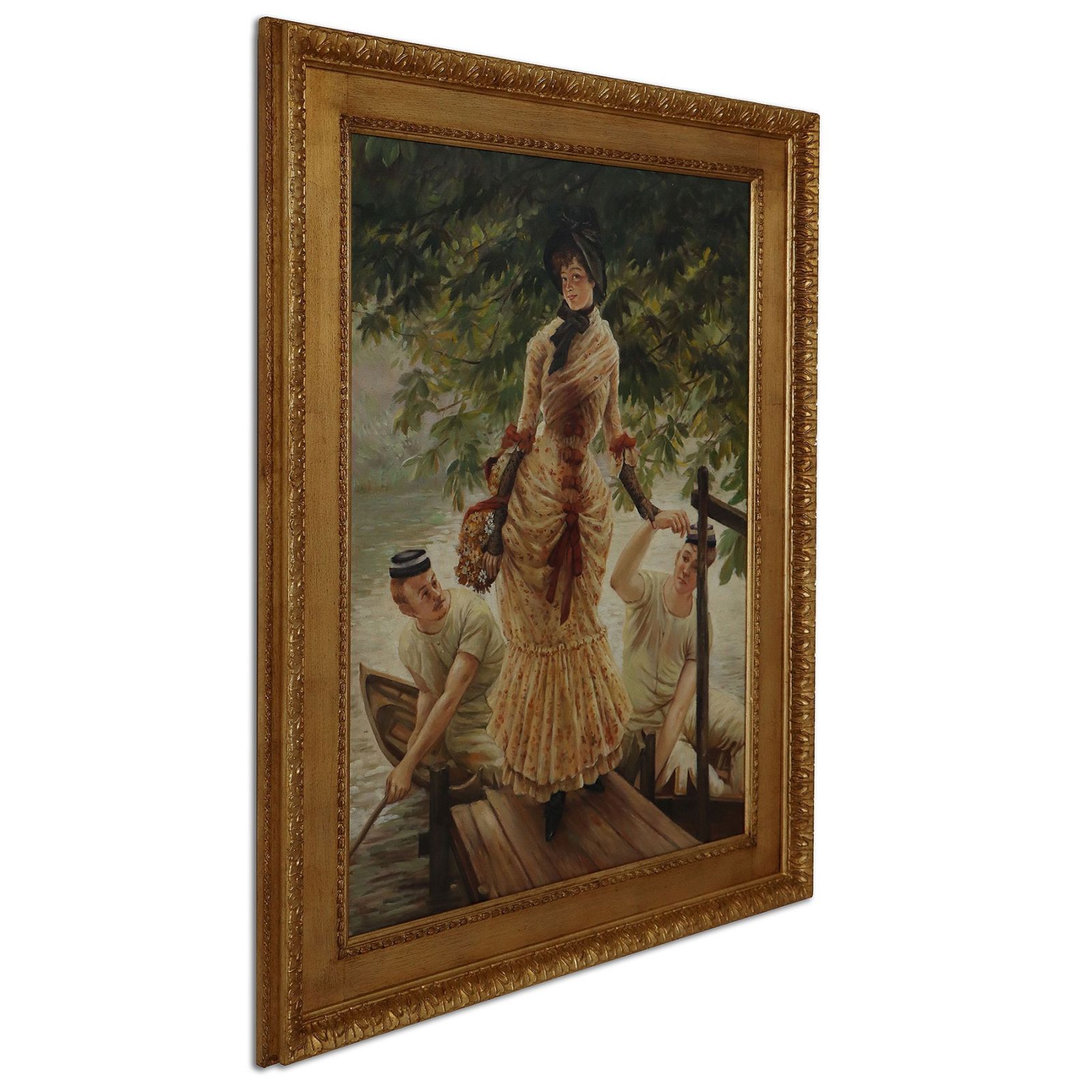 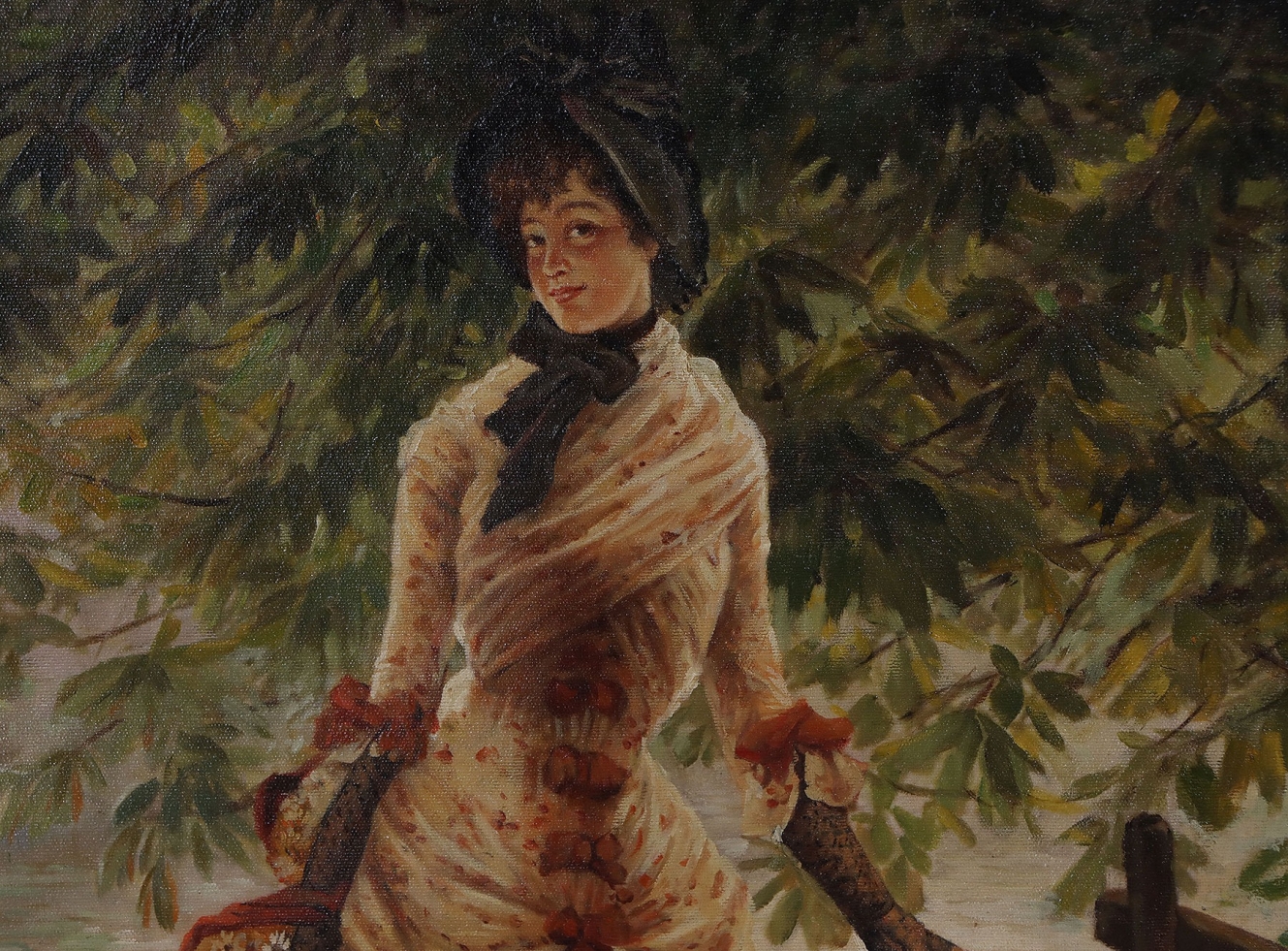 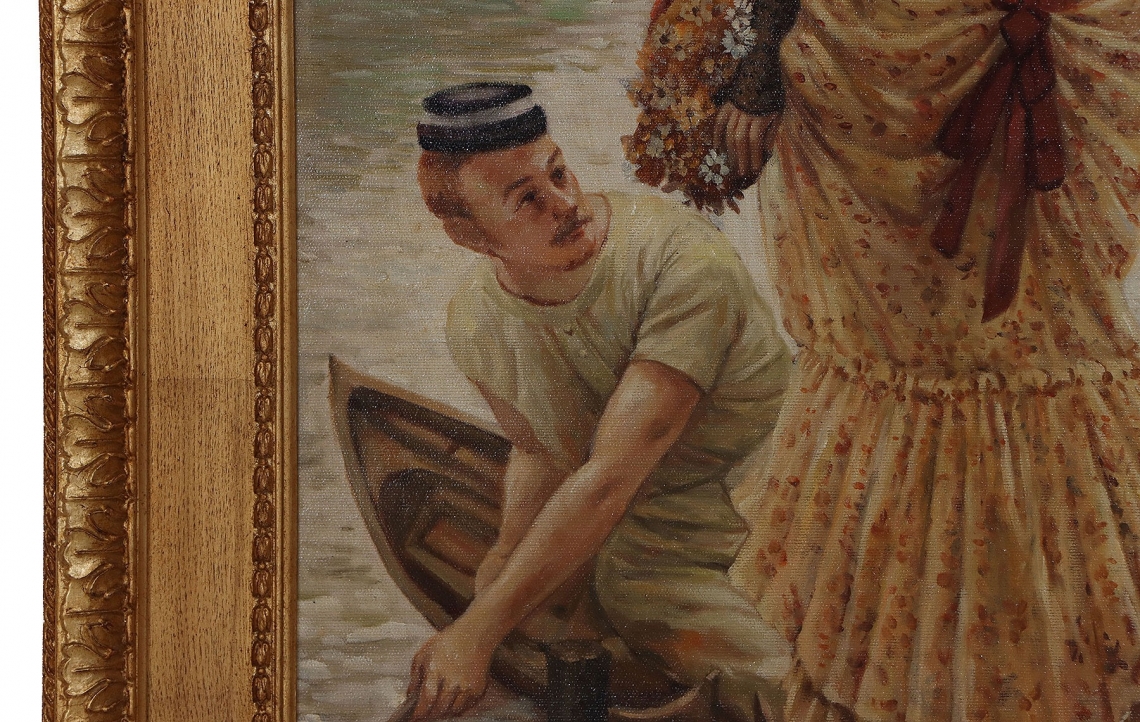 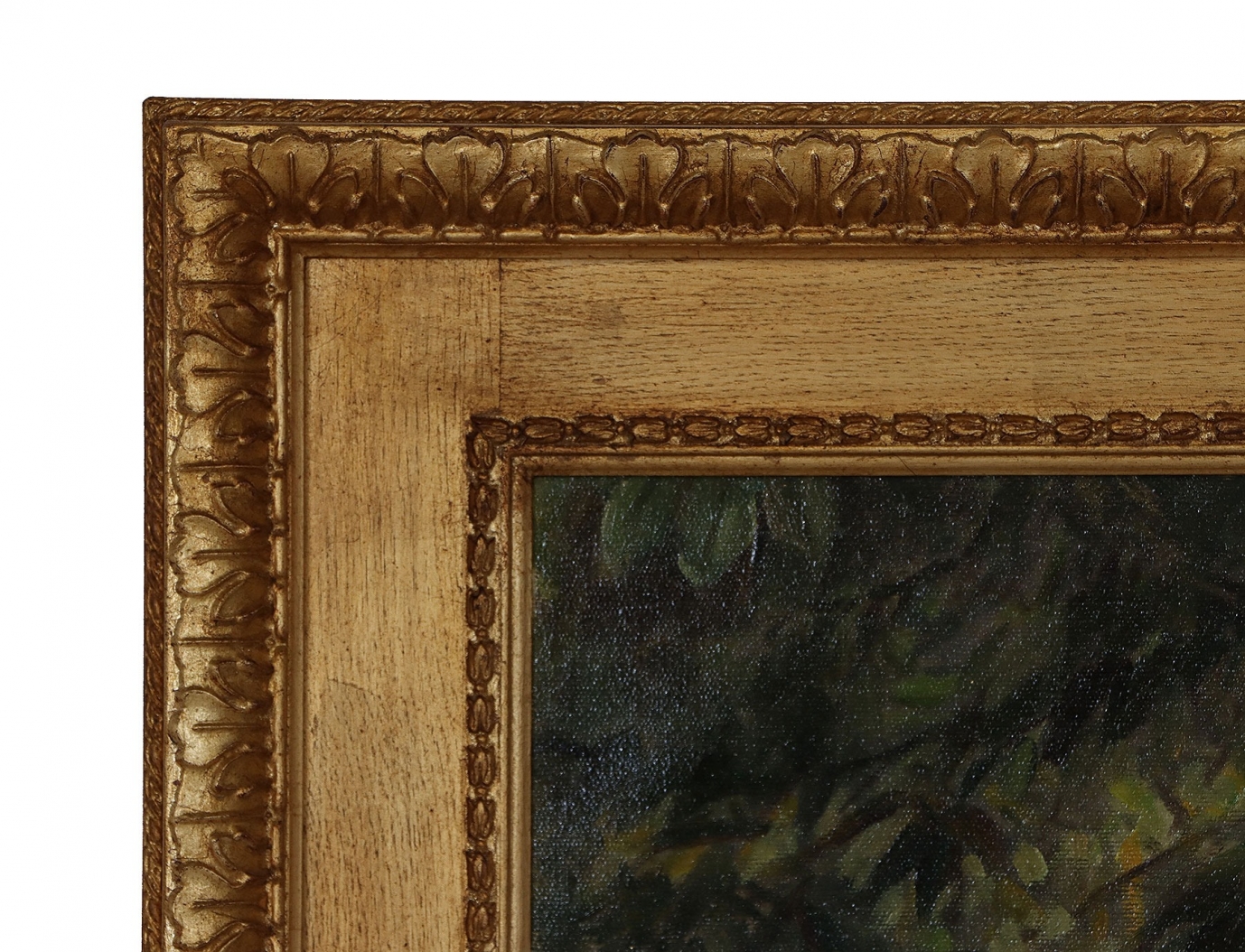 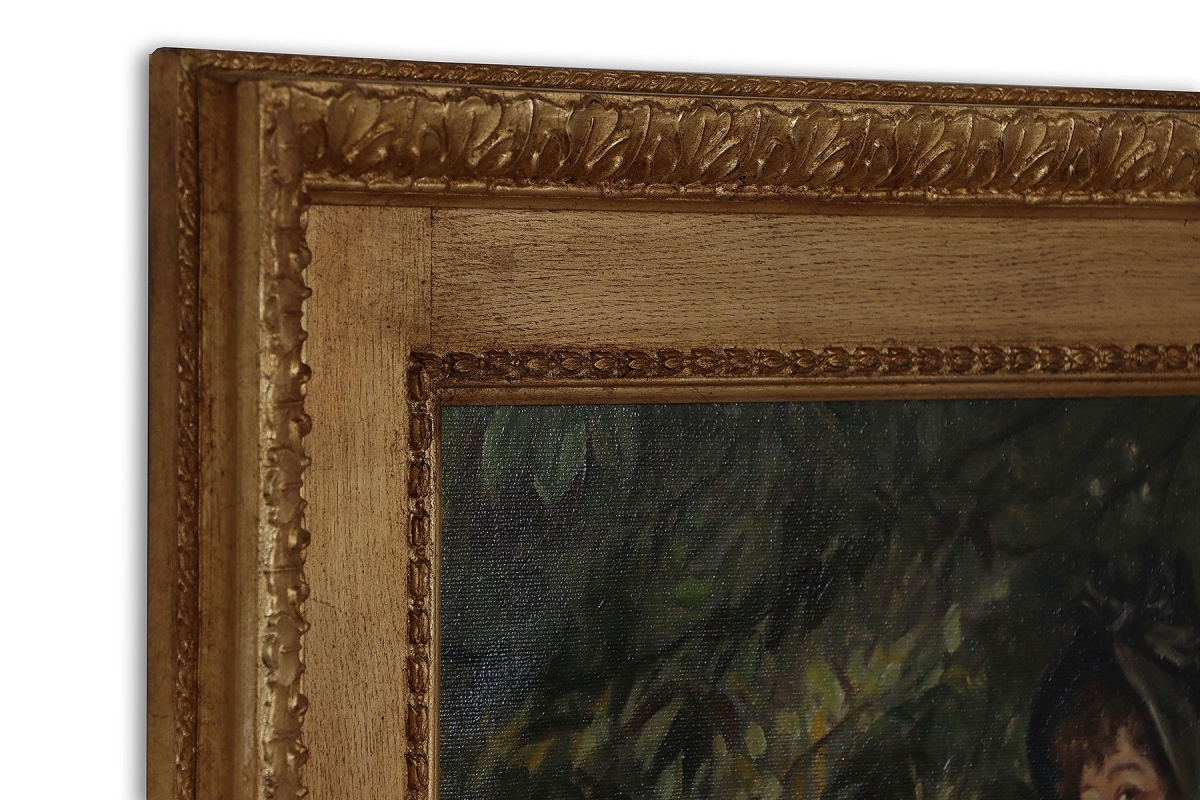 Jacques Joseph Tissot was born in 1836 and became known as James Tissot by 1854. He was a successful painter and illustrator of Paris society before moving to London in 1871, arriving with established social and artistic connections and took a cartooning job for Vanity Fair. Tissot quickly developed his reputation as a painter of elegantly dressed women shown in scenes of fashionable life. Tissot also painted a number of Thames river scenes, thought to be influenced by his friend, American born artist Whistler.

The canvas has been treated with ageing varnish, then stretched and mounted in a metal leaf 4" hand-made frame.