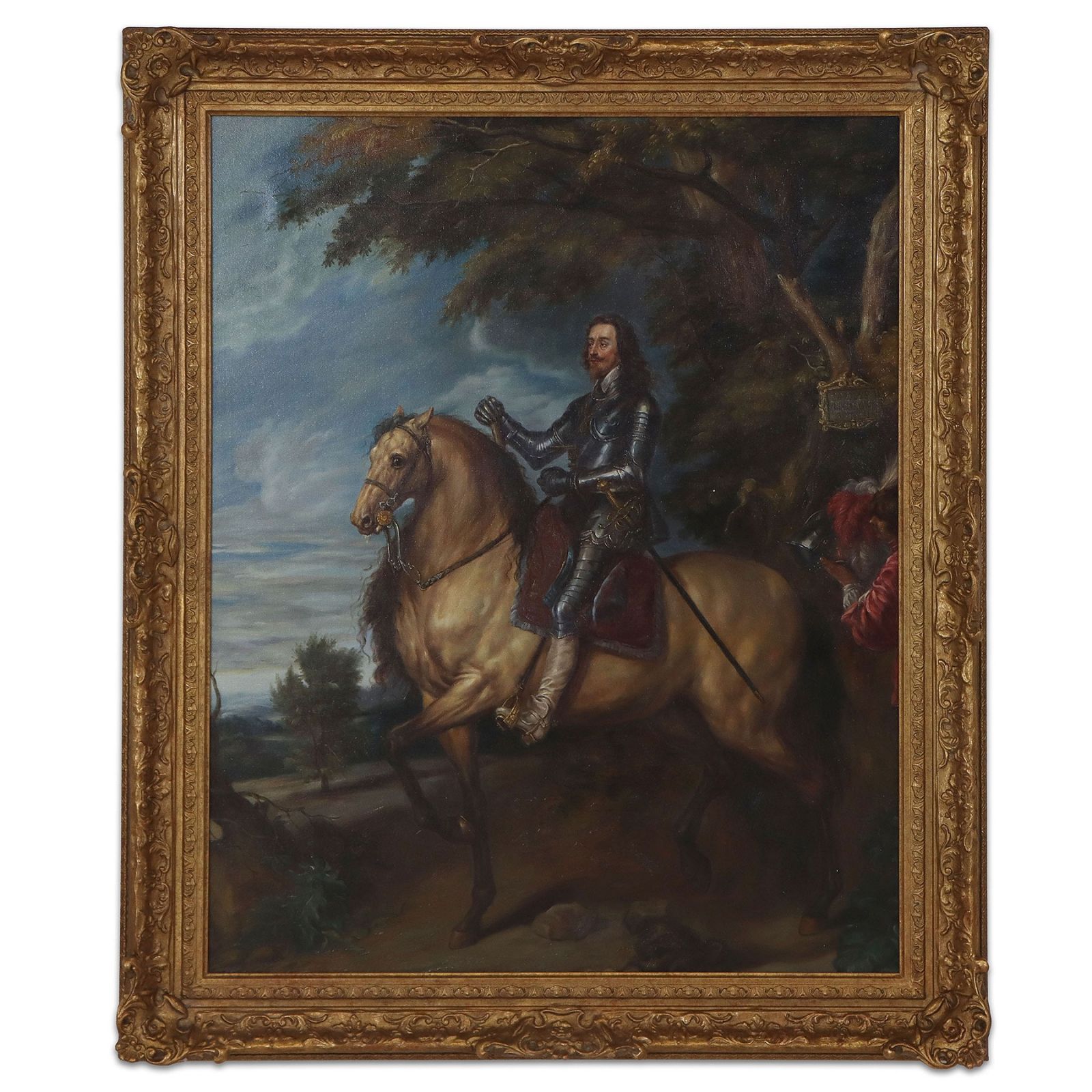 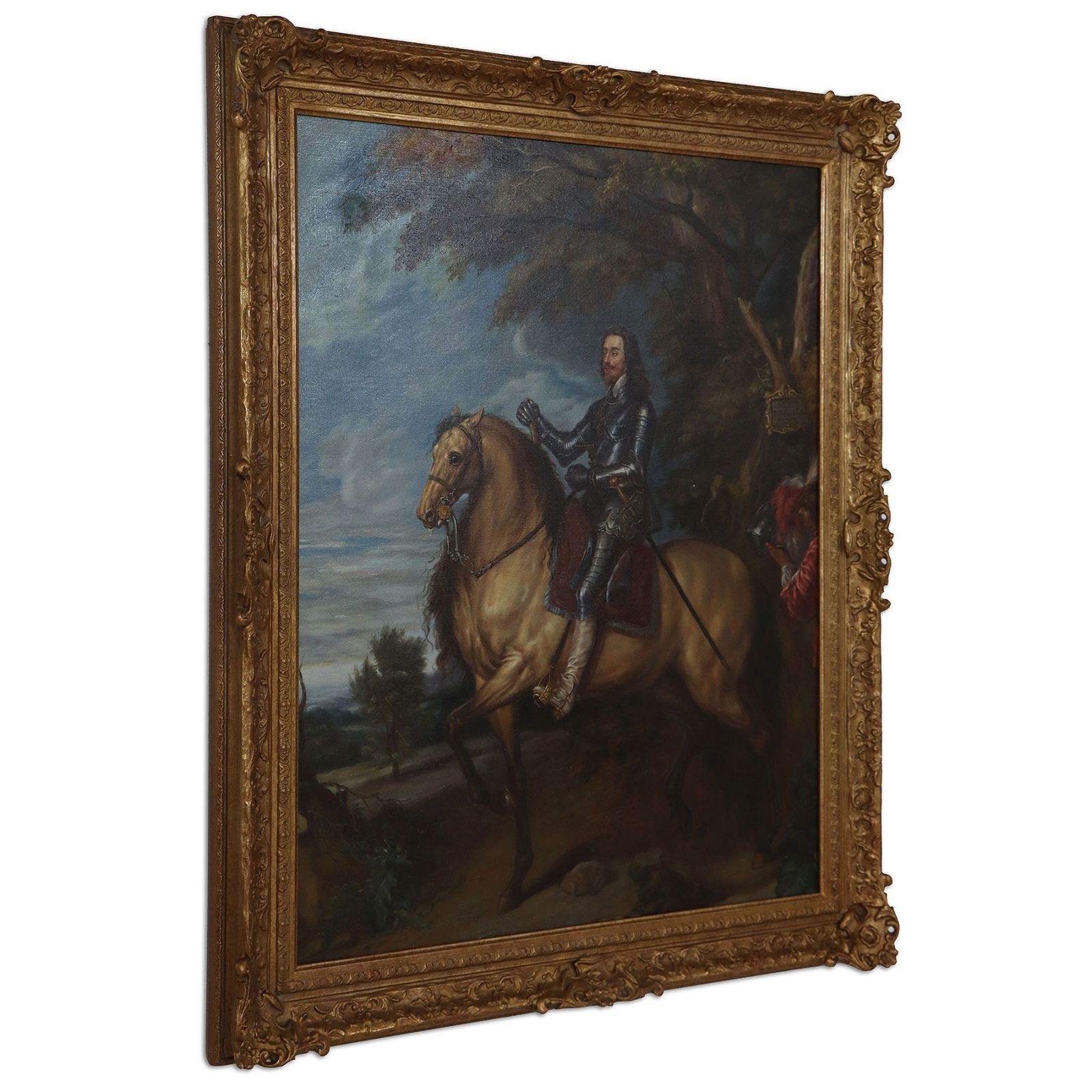 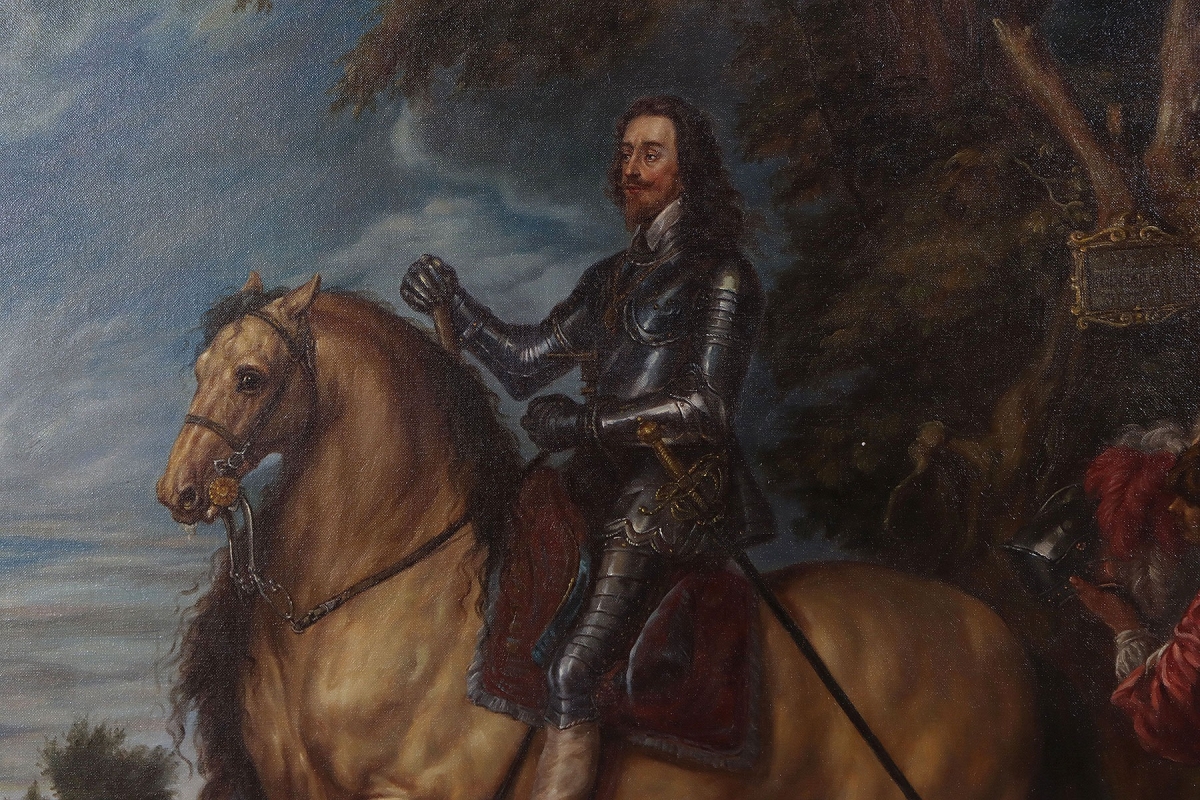 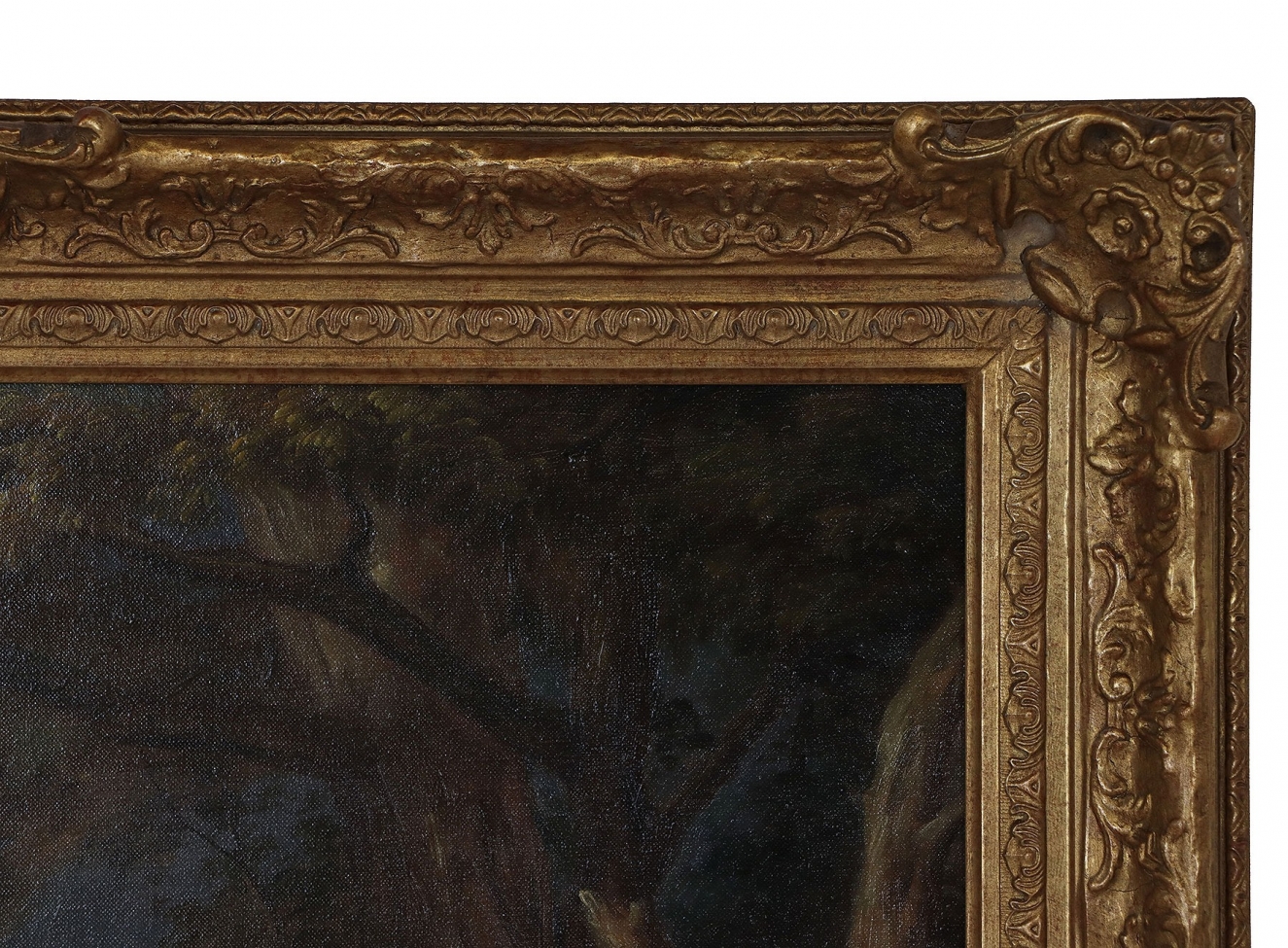 An oil painting on linen canvas interpreting 'Equestrian Portrait of Charles I' by Anthony van Dyck.

Van Dyck became court painter to King Charles I in 1632, seven years after his corontation as king of Great Britain and Ireland. The original painting, dated about 1637, shows Charles I sitting elegantly stop a magnificent horse as if at the head of his knights. Van Dyck was particularly good at creating images expressing the king's belief in his divine right to govern. However, the outbreak of the Civil War followed not long afterwards which ultimately led to the KIng's execution in 1649.

The canvas has been treated with ageing varnish, then stretched and mounted in a 4" hand-made swept frame with light antique patina.