You are viewing 7 options/related products 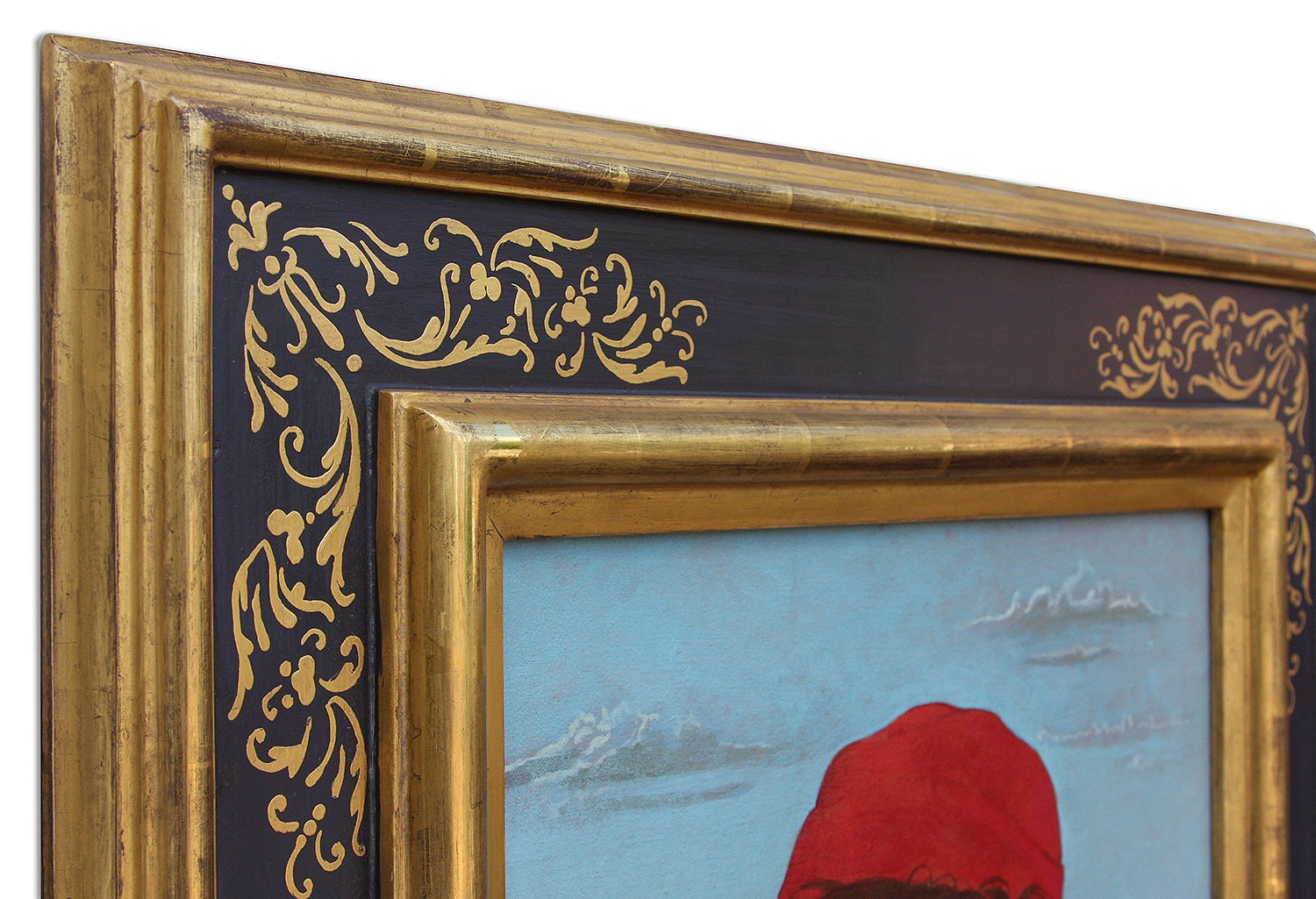 This item has 7 further options/related products

An interpretation of "Portrait of a Man with a Medal of Cosimo the Elder" framed original oil painting on board by British artist, Mike Gorman.

Also knows as "Portrait of a Youth with a Medal", the original was painted by Italian Rennaissance artist Sandro Botticelli in 1474-1474.  There has been great speculation over the identity of the young man in the portrait. Writing in 1900, art historian George Noble Plunkett gave his colourful view of who the the youth portrayed:

"..one realizes painfully that this is the Piero who has left an indelible stain on the Medici family by his betrayal of Florence. The small covetous eyes, the ignoble nose, the pursed animal mouth, with only the restraint of selfishness on it, the very manner in which he holds up the memorial of his house's founder, as though it were his badge of honor!"

This commission was painted by Mike Gorman in 1990. Mike was mostly renknowed for his contemporary works which were exhibitioned in the Durer Museum, Nurnberg; Royal Albert Museum, Exeter;  Leicester City Museum and the Heineken Collection, Holland.

The solid wood frame has been made and hand finished especially for the painting, using water gilding in 23¾ carat gold leaf and custom corner decoration.