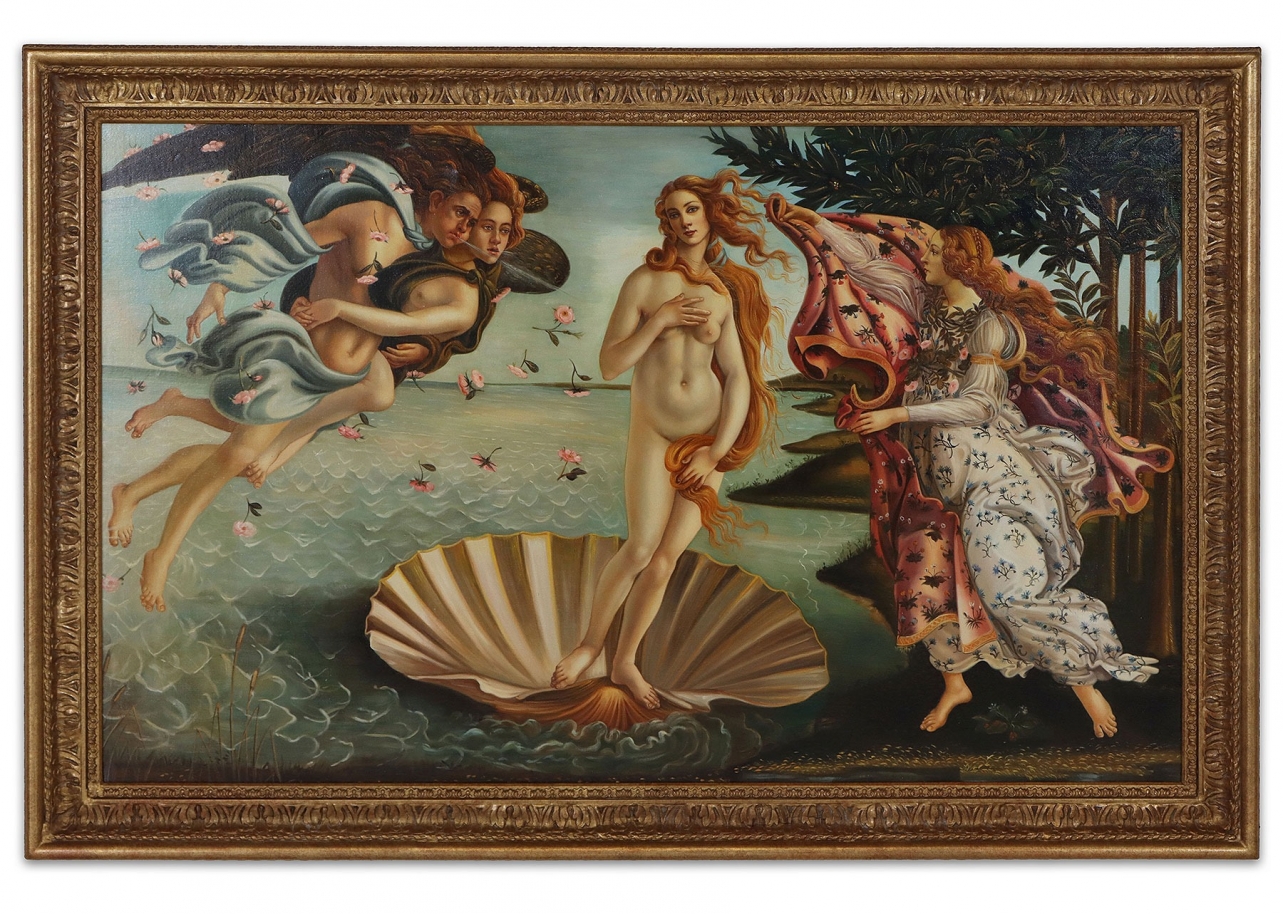 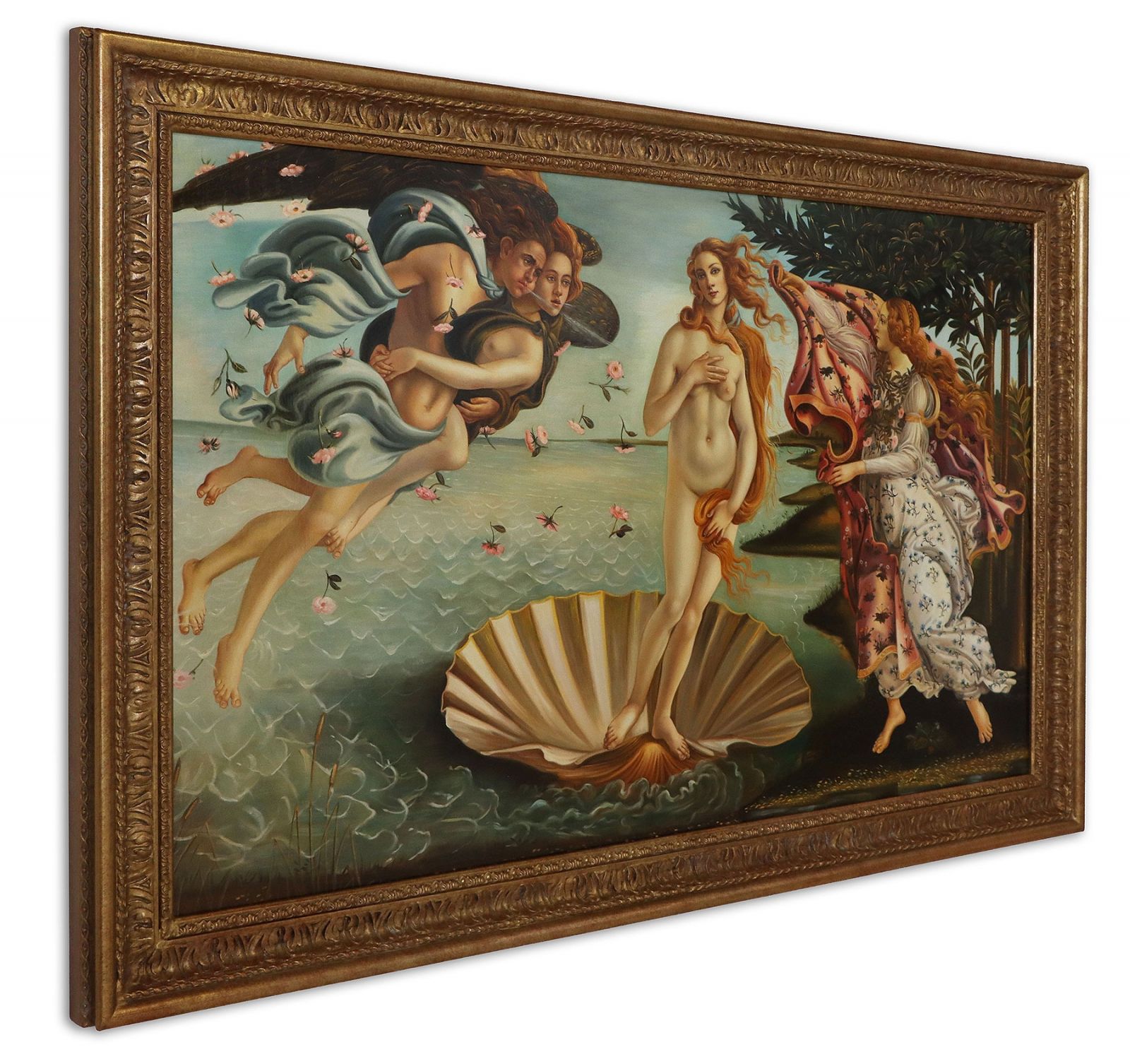 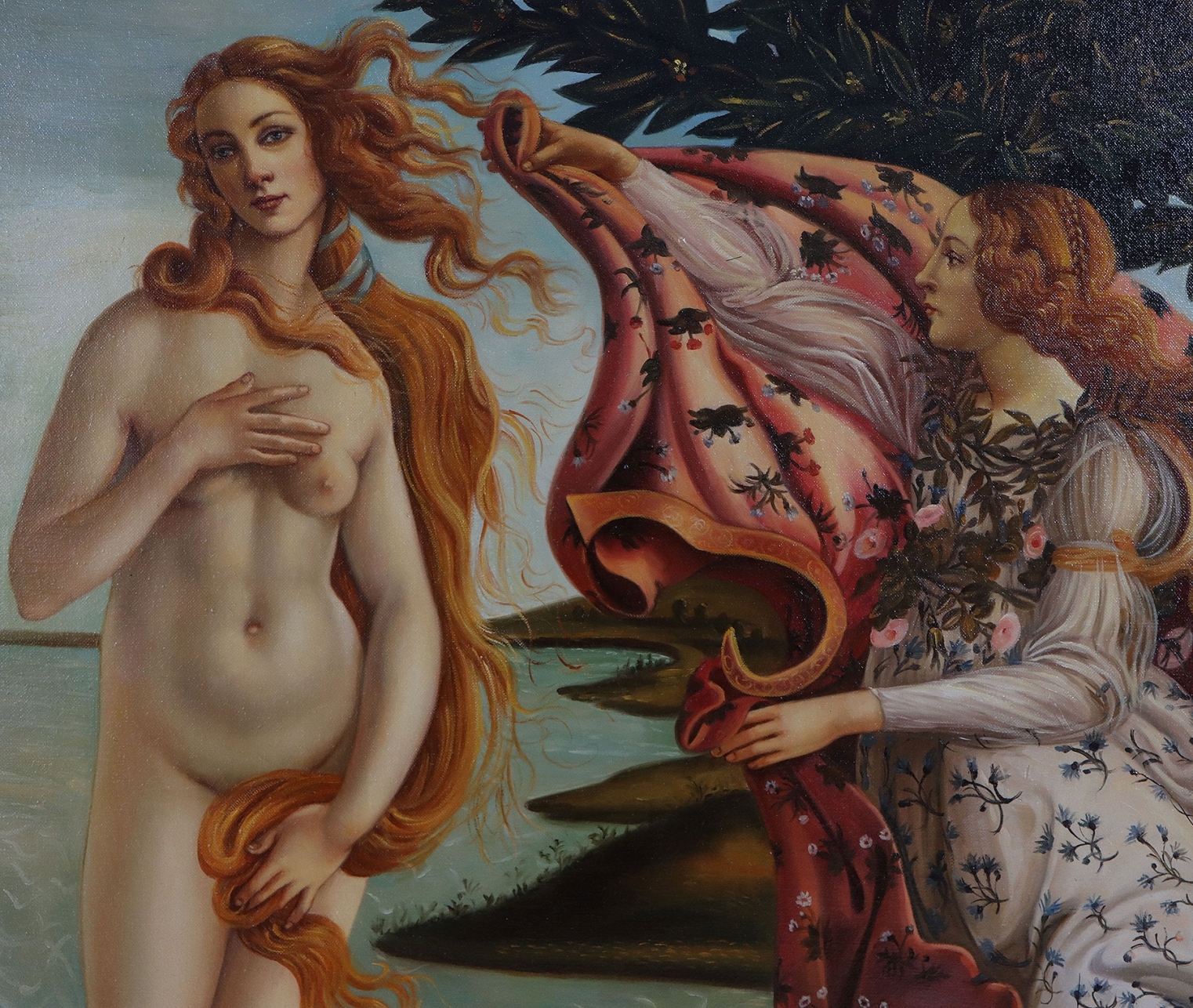 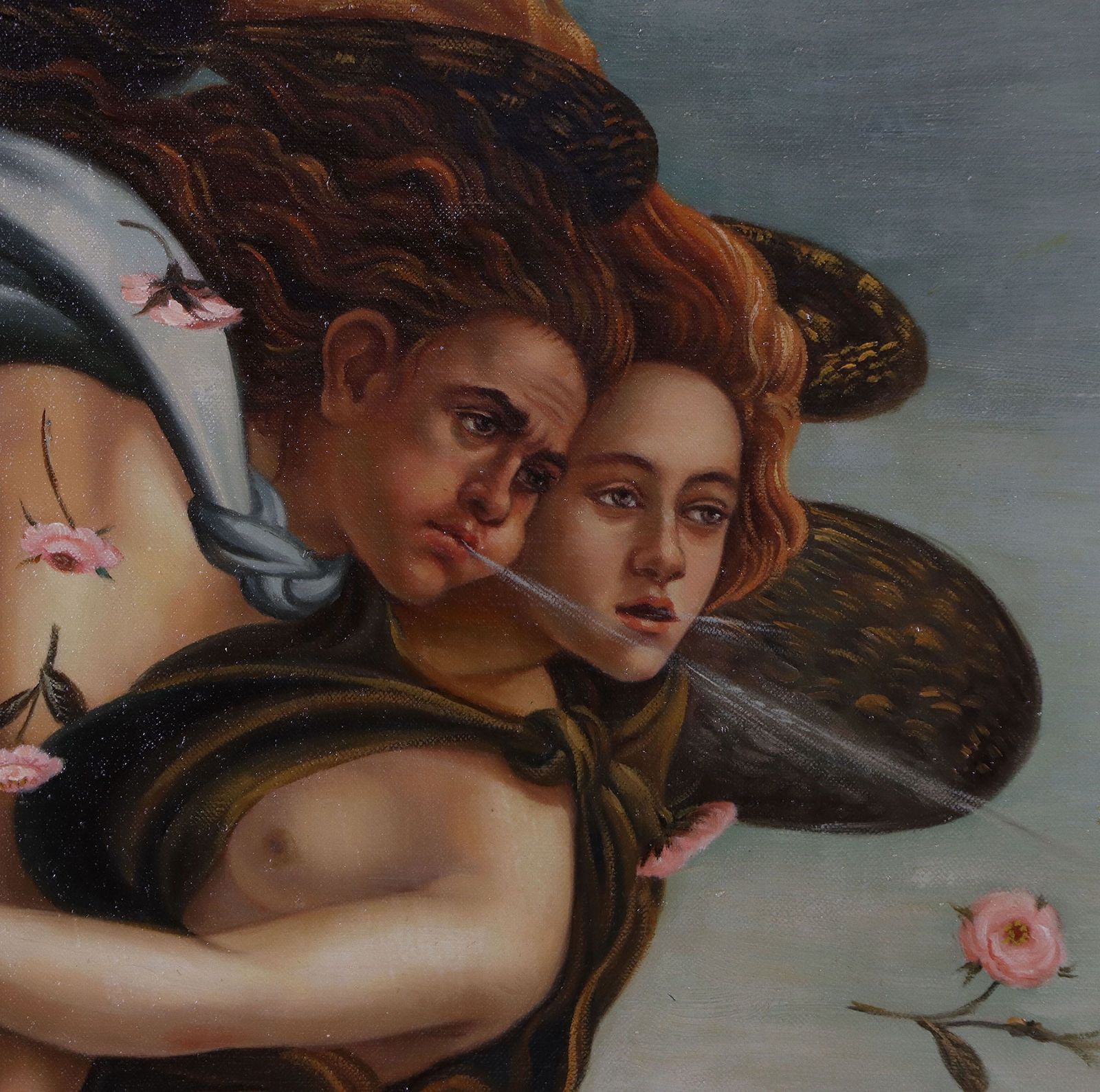 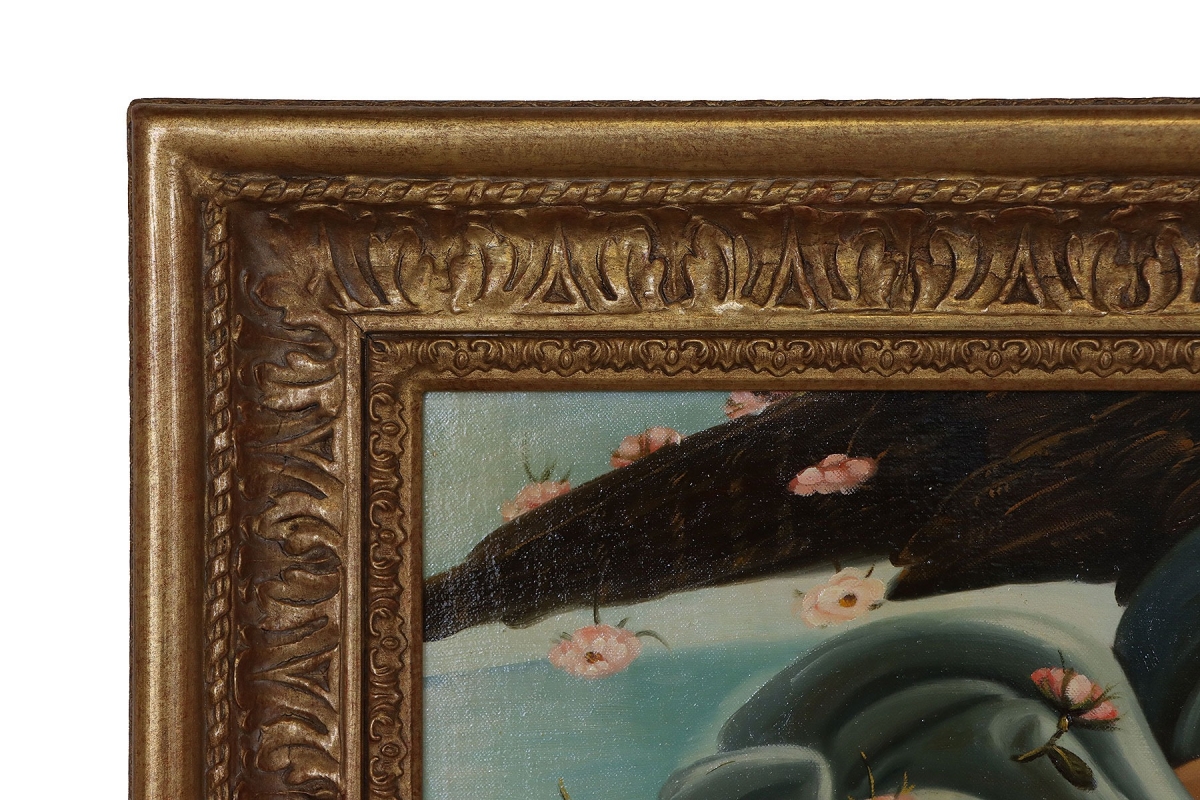 A specially commissioned oil painting interpreting The Birth Of Venus by Sandro Botticelli.

The original by Italian artist Botticelli is thought to have been made in the 1480s. The title was given to the painting in the 19th Century, however the subject is not strictly the "Birth of Venus", but the next scene in her story when she arrives on land. After emerging from the sea fully grown, Venus stands nude on a giant scallop shell and is blown ashore by the wind god Zephyr towards a female figure, thought to be the Hora of Spring, ready to dress Venus in a rich cloak. The land probably represents either Cythera or Cyprus, both Mediterranean islands regarded by the Greeks as territories of Venus.

Our reproduction has been hand painted on linen canvas which has been treated with ageing varnish, then stretched and mounted in a hand-made 3.5" frame with light antique patina.

Oil painting after Captain of the Eleven by Philip Hermogenes Calderon

The only woman to win a Victoria Cross Framed Oil Painting