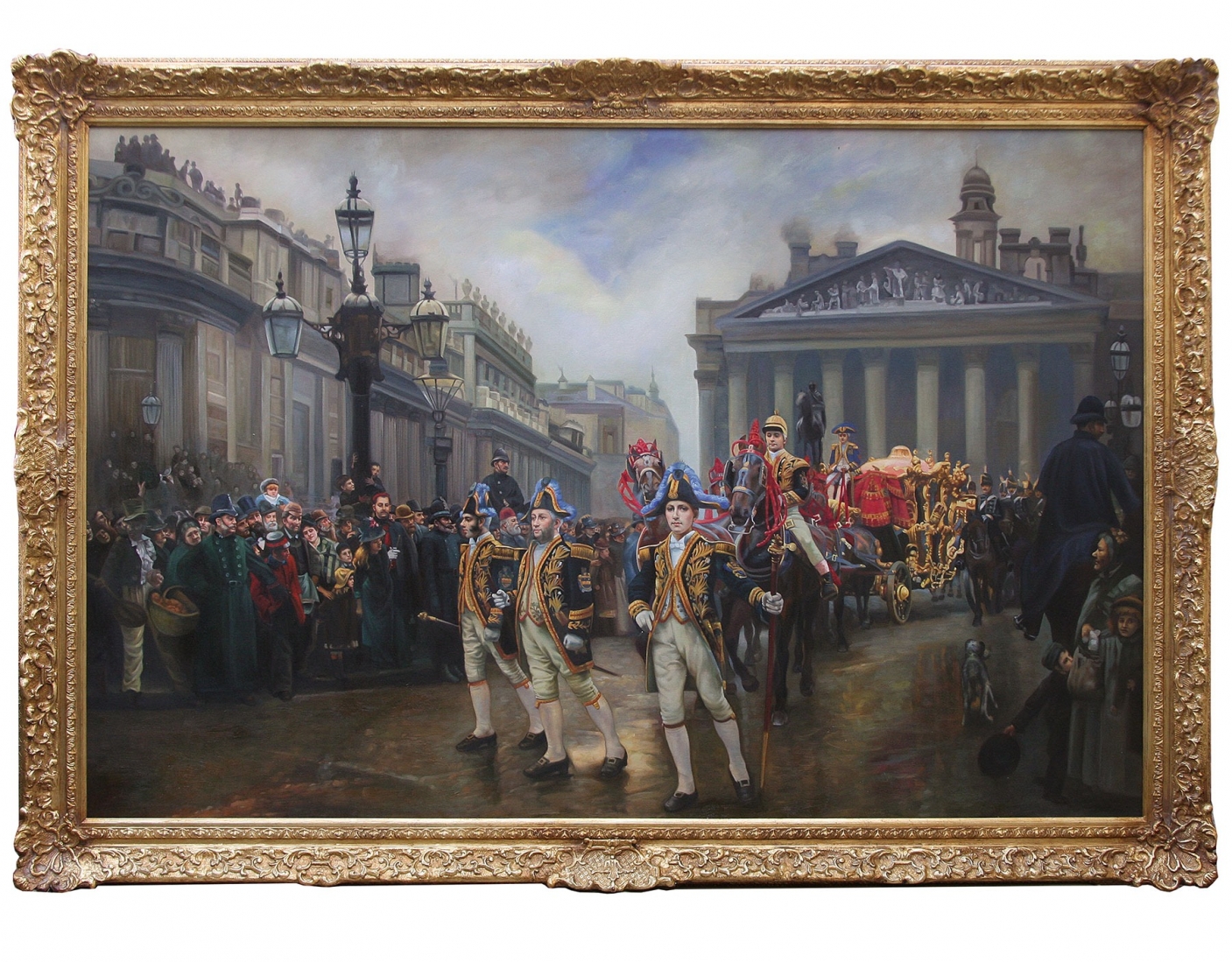 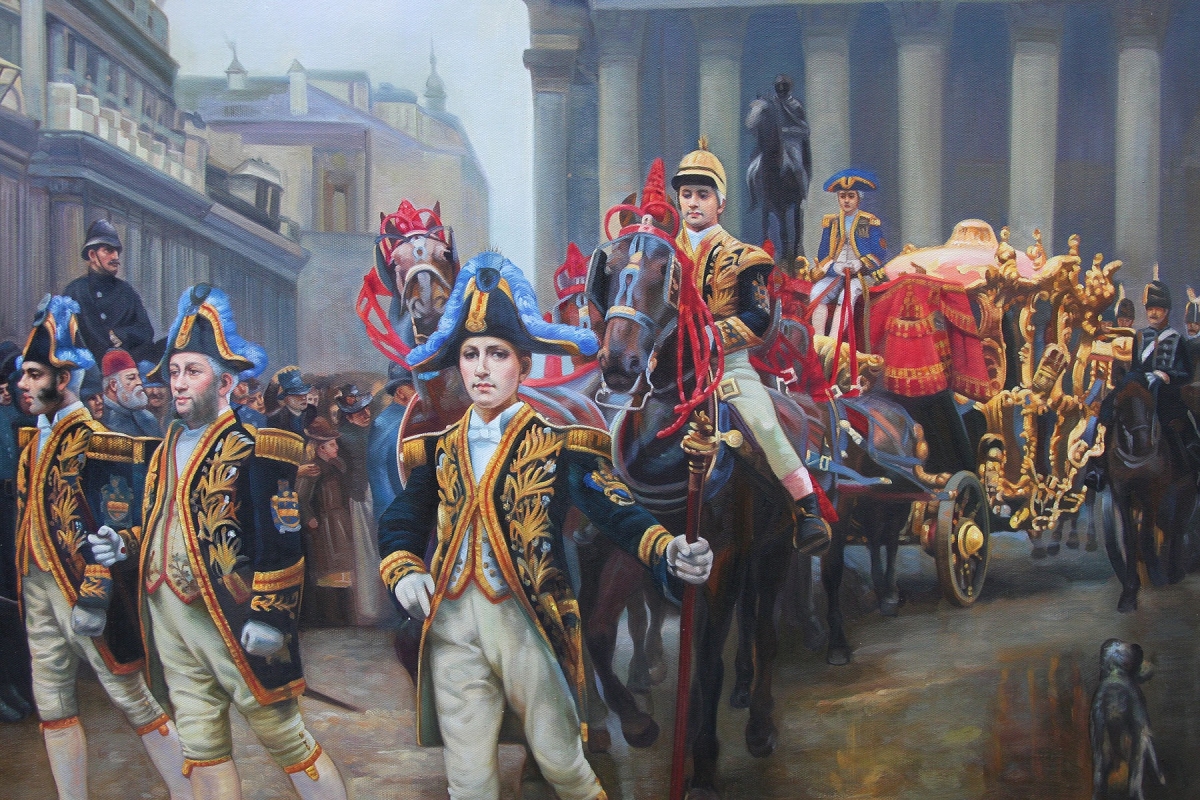 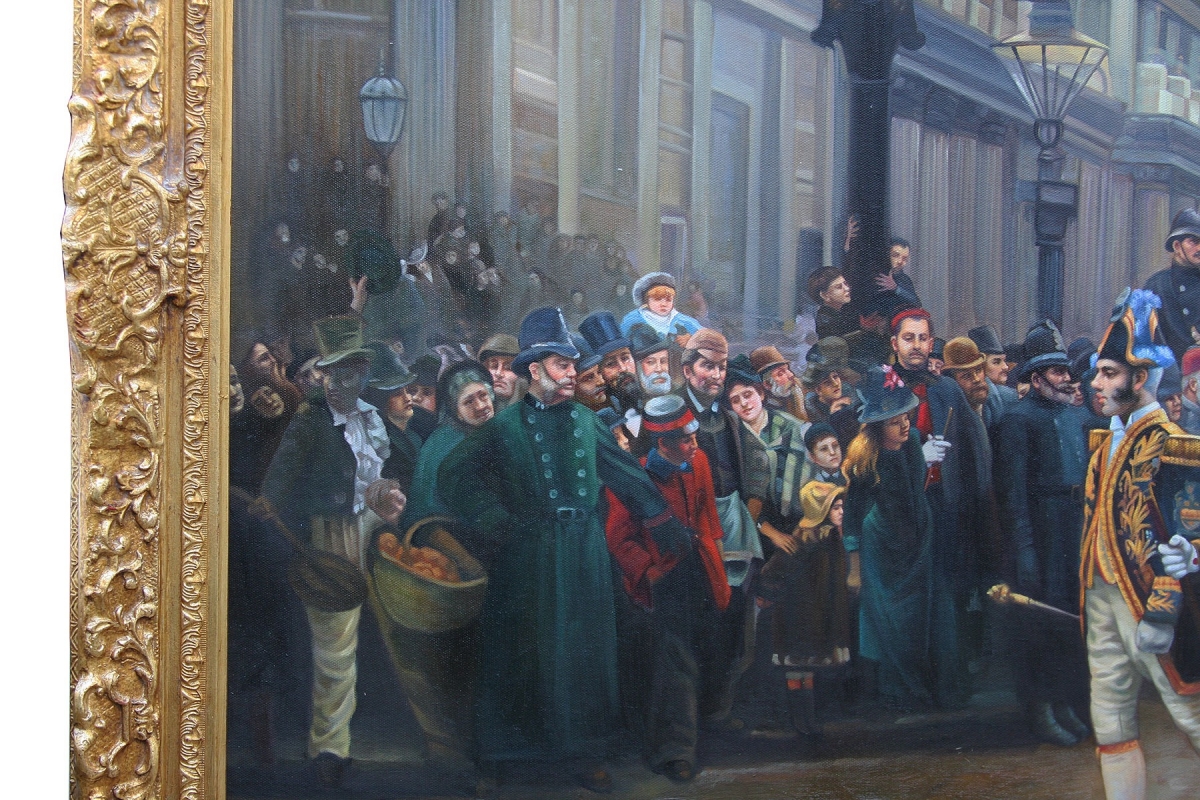 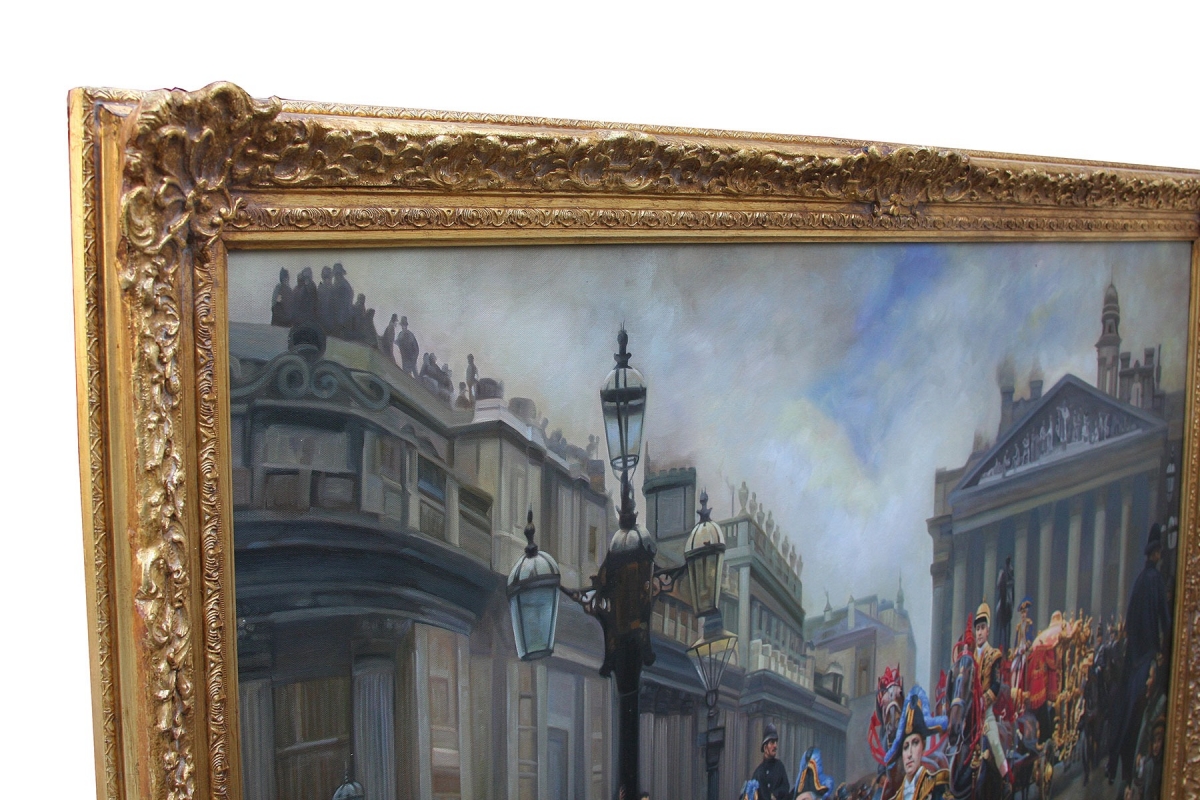 The painting depicts the Lord Mayoral Procession on the eponymous date as it passes by historic buildings, the old Bank of England and Mansion House.

Logsdail went to great lengths to ensure that he accurately depicted the iconic scene, including hiring professional models, positioning himself in the middle of traffic to study the London architecture and spending hours with the Lord Mayor’s coach, horses and footmen dressed in their full livery.

The Ninth of November is full of fascinating details that give an insight into 19th-century life, such as costermongers, small children pickpocketing and playing, policemen, and beadles. The painting is often associated with the tragic story of Mary Kelly, a victim of Jack the Ripper, who was found on the morning of November 9th, 1888 just half a mile away from the scene depicted by Logsdail. Poignantly, Mary Kelly had been planning on attending the procession later that day.