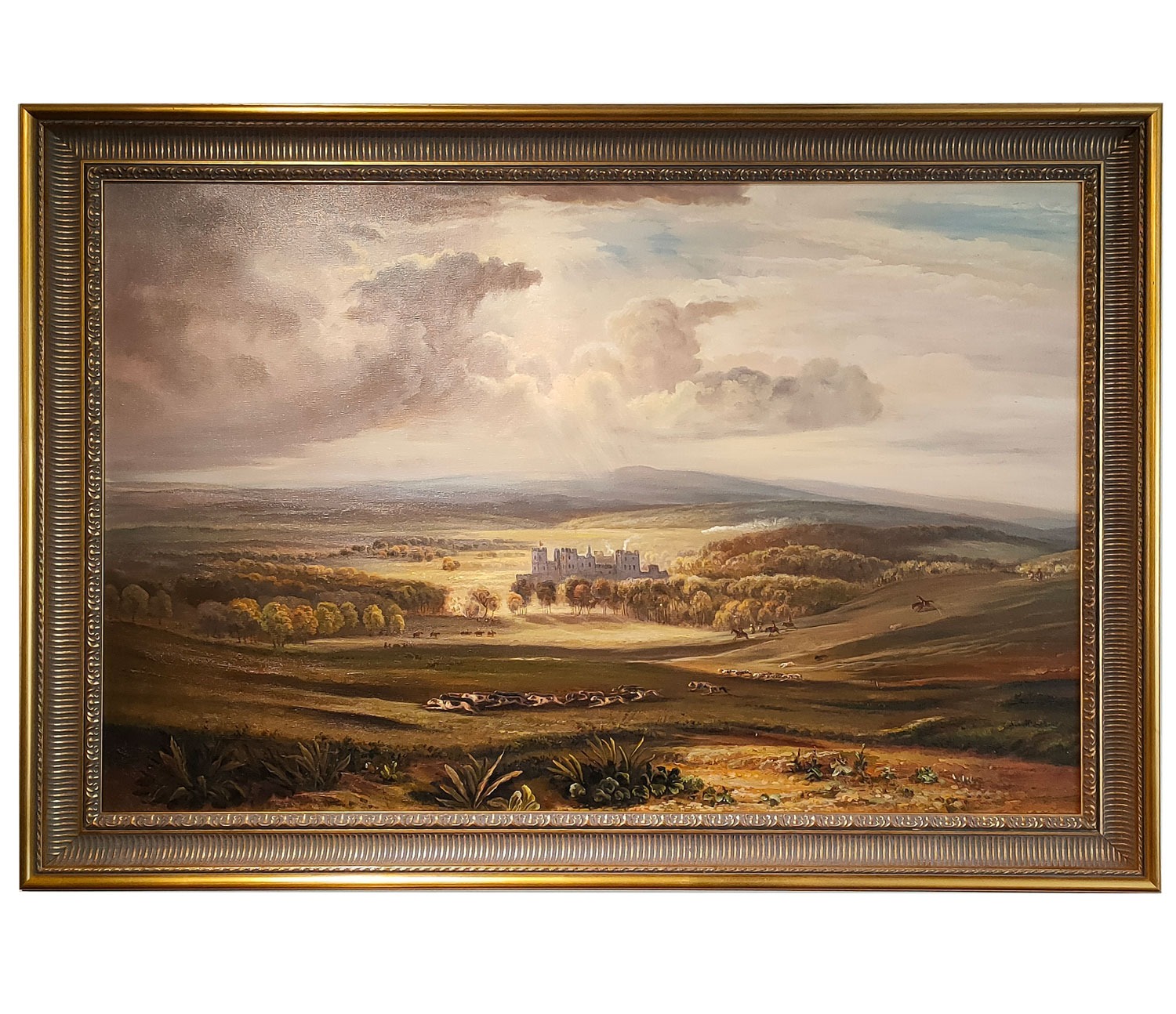 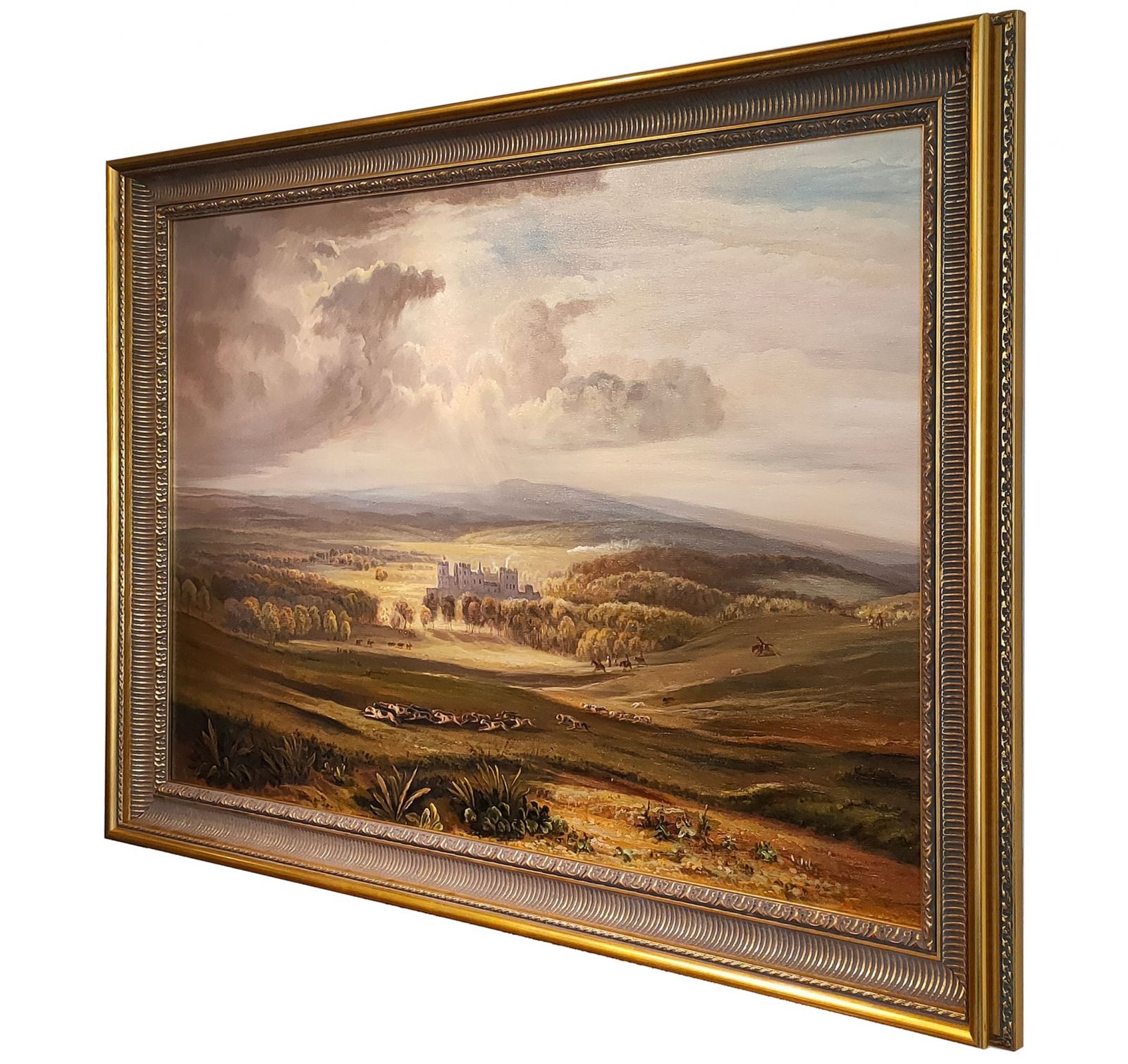 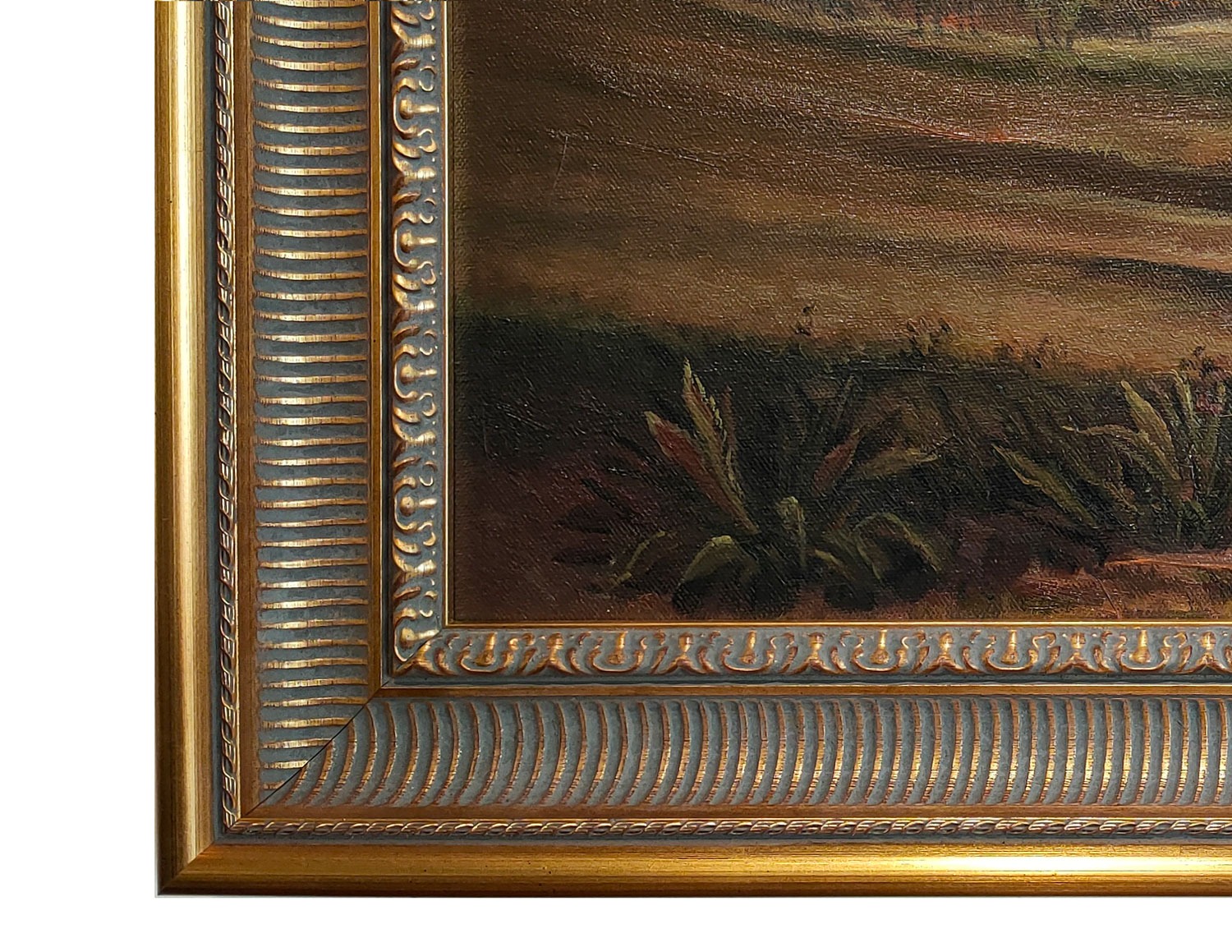 An interpretation of Raby Castle, the Seat of the Earl of Darlington by JMW Turner. One of his earlier works when specialising in topographical views. It was commissioned by the third earl of Darlington, an avid sportsman who reportedly hunted six days a week possibly influencing Turner's scene. The painting originally included a mounted huntsman in the foreground but when it first exhibited at the Royal Academy in 1818, it was denounced as a "detestable fox-hunting scene" and so was painted over by Turner. Raby Castle, a ca. 1380 structure, is located in County Durham, England.

Raby Castle is near Staindrop in County Durham, England, in 200 acres of deer park. It was built by John Neville, 3rd Baron Neville de Raby, between approximately 1367 and 1390.