Scotland Forever! depicts the start of the charge of the Royal Scots Greys at the Battle of Waterloo in 1815. The horses which dominate the picture are the heavy grey mounts used by the regiment throughout its history until mechanization. The original painting was exhibited at the Egyptian Hall in Piccadilly in 1881. It is now housed at the Leeds Art Gallery, having been one of its earliest acquisitions, a gift from Colonel Thomas Walter Harding in 1888. The image was used during the First World War by both the British and the Germans in their propaganda material.

The painting has been stretched and mounted in a hand made bespoke 3" frame with 1" slip in metal leaf finish. 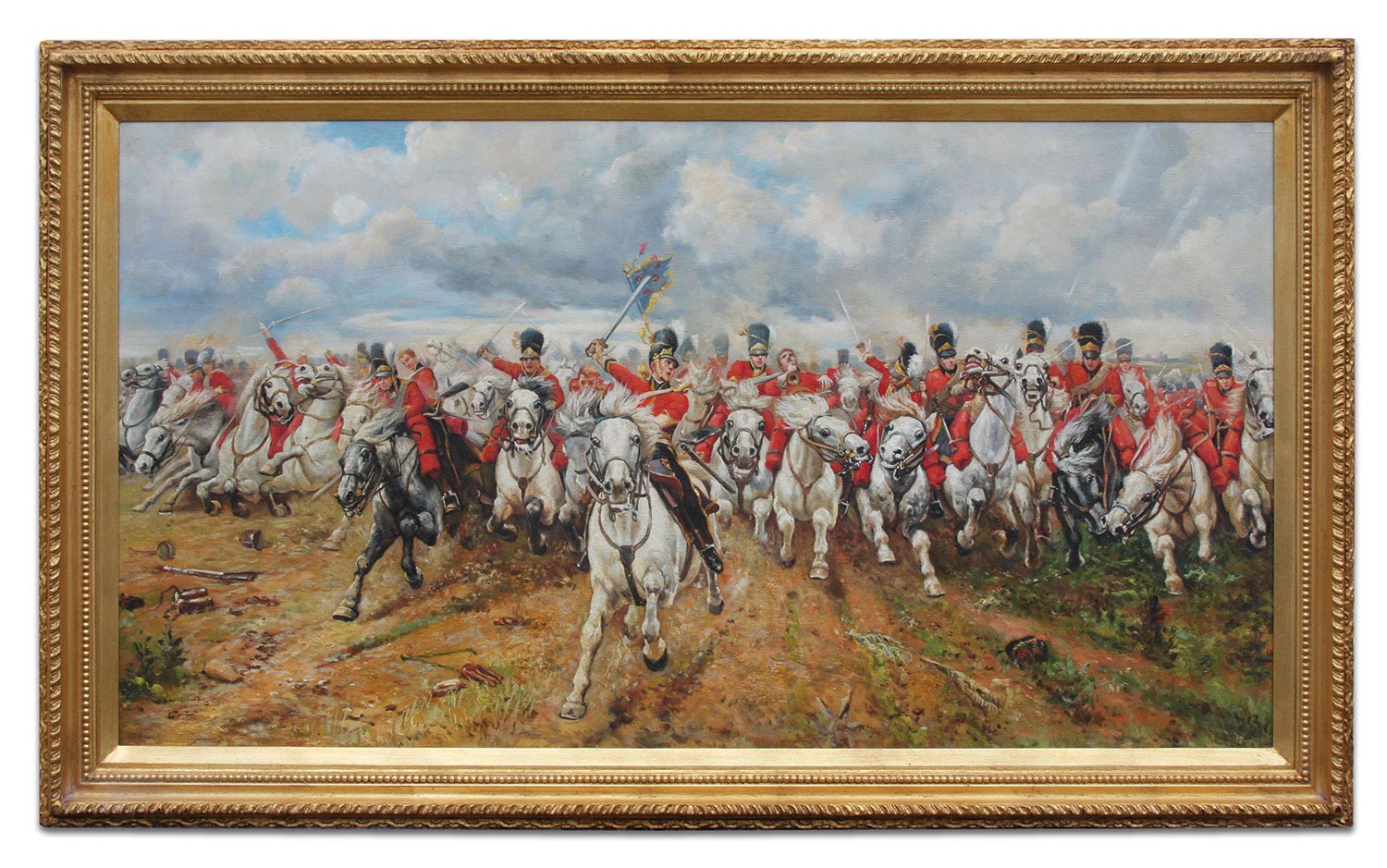 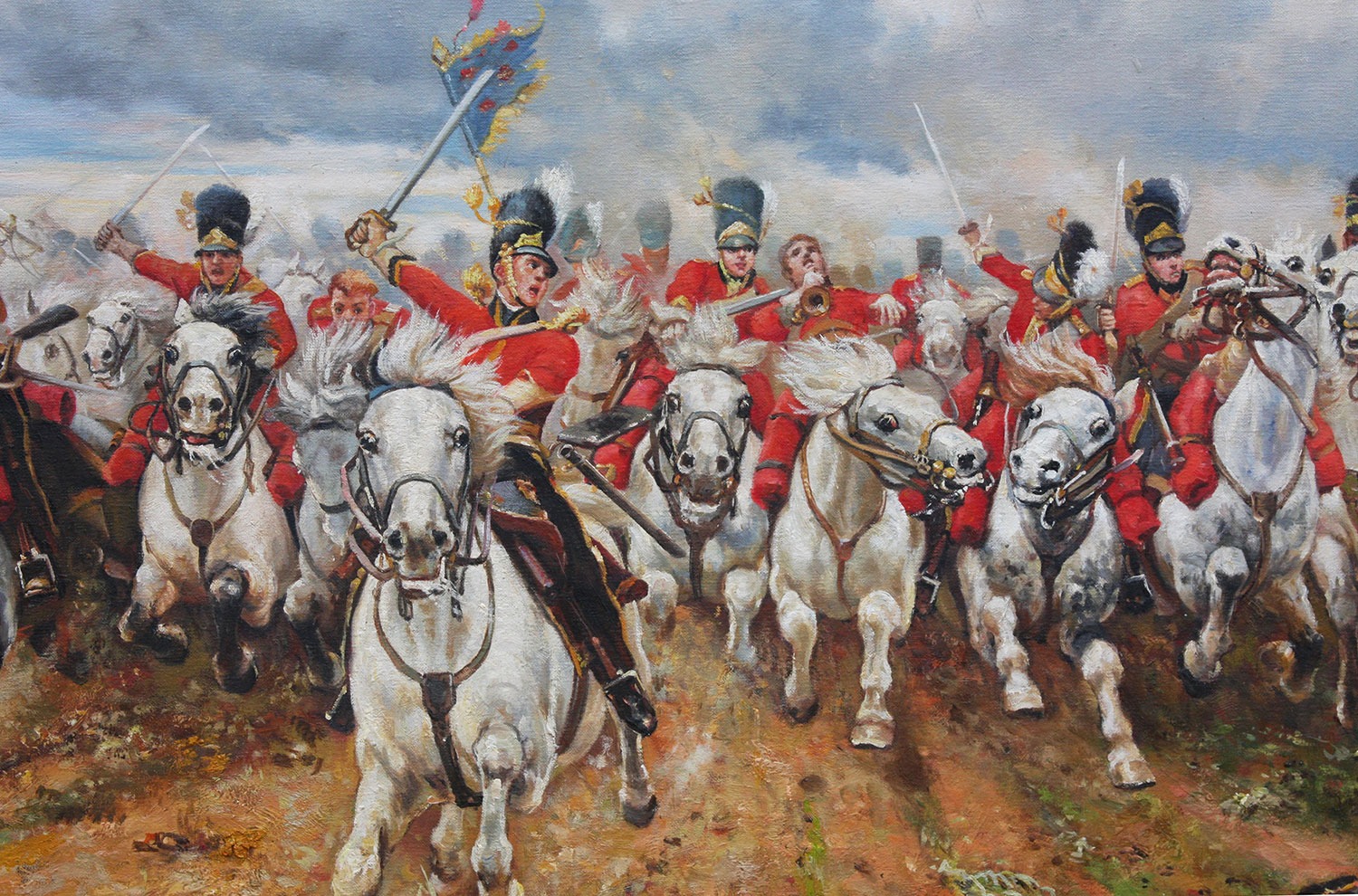 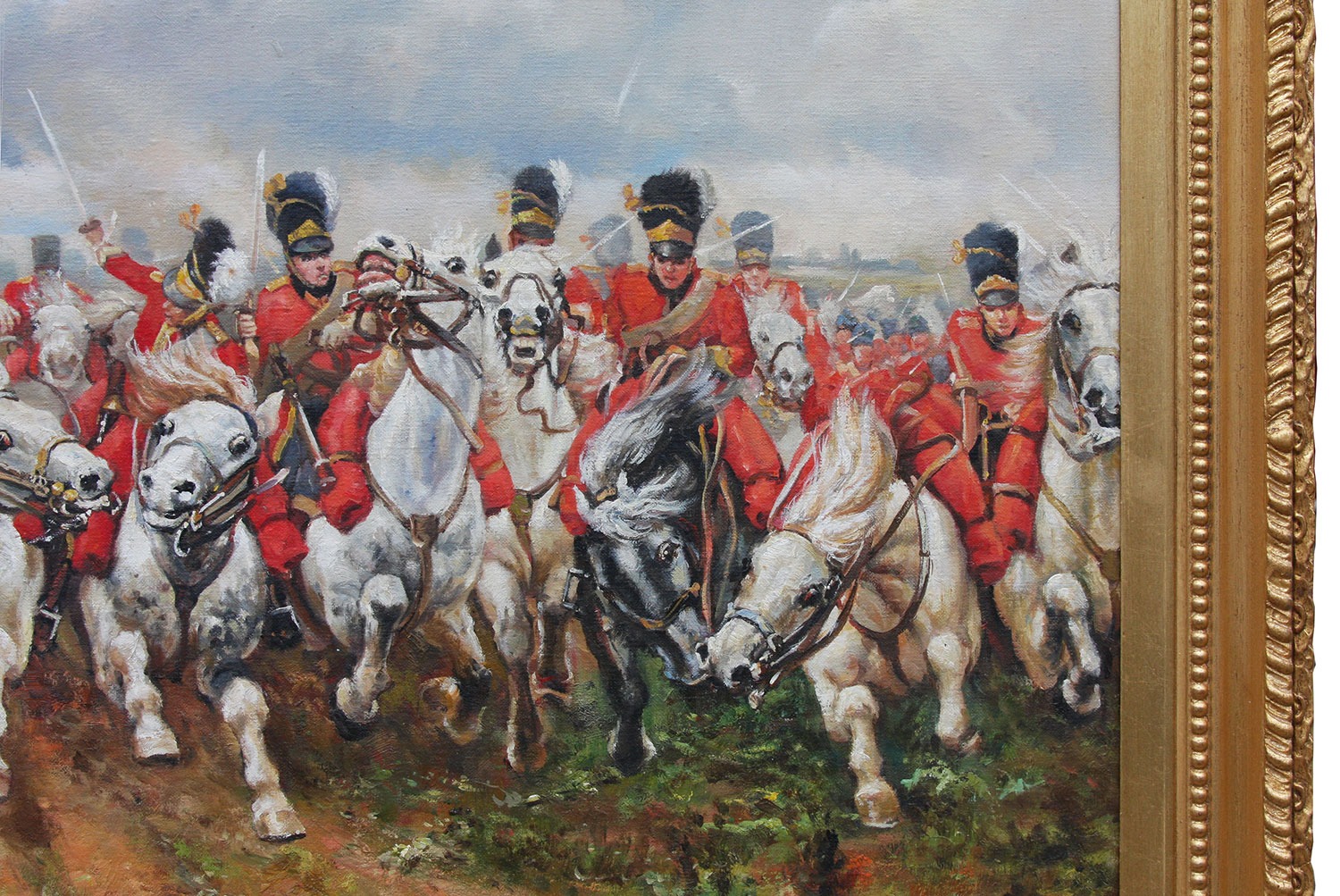 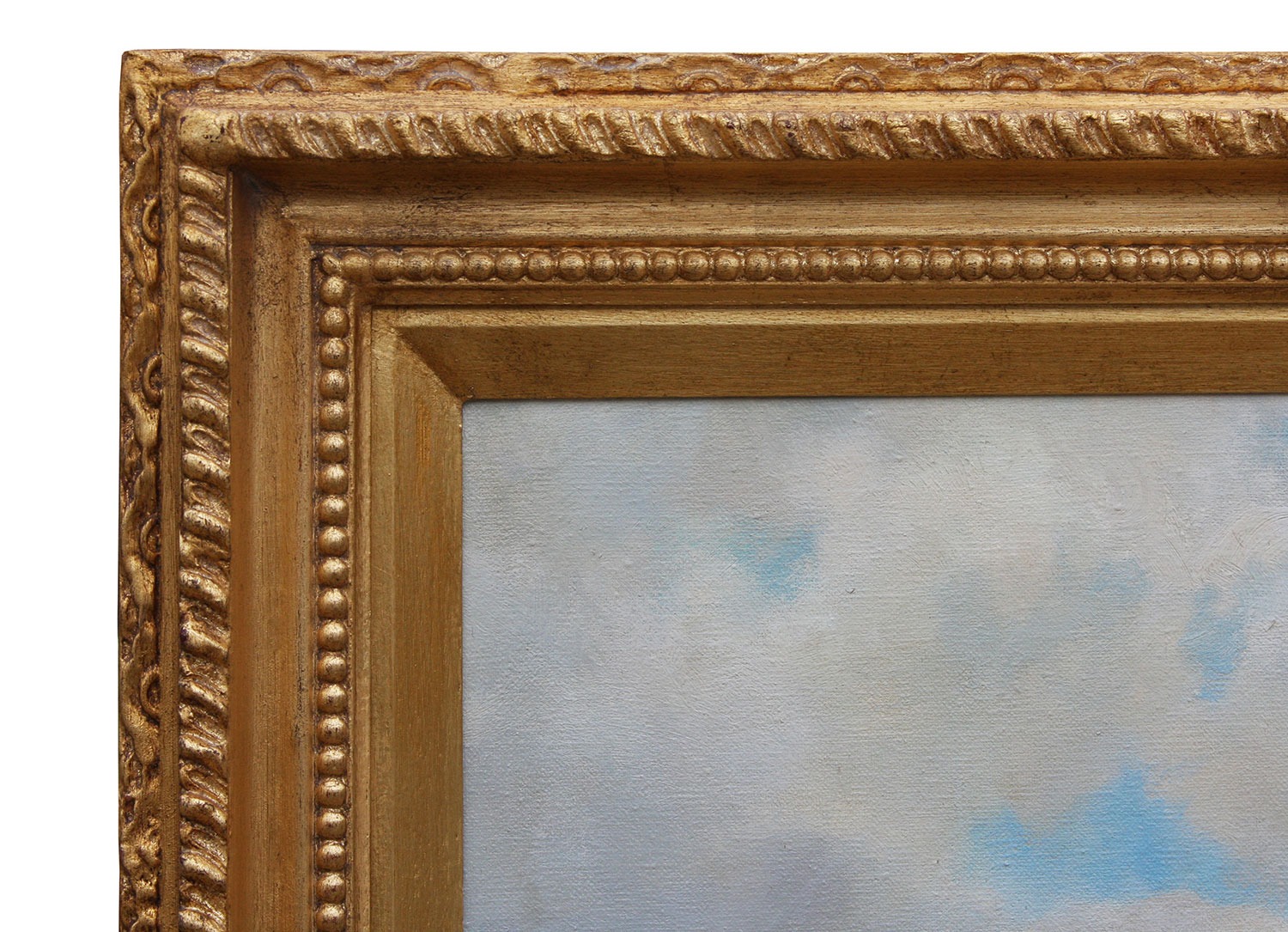 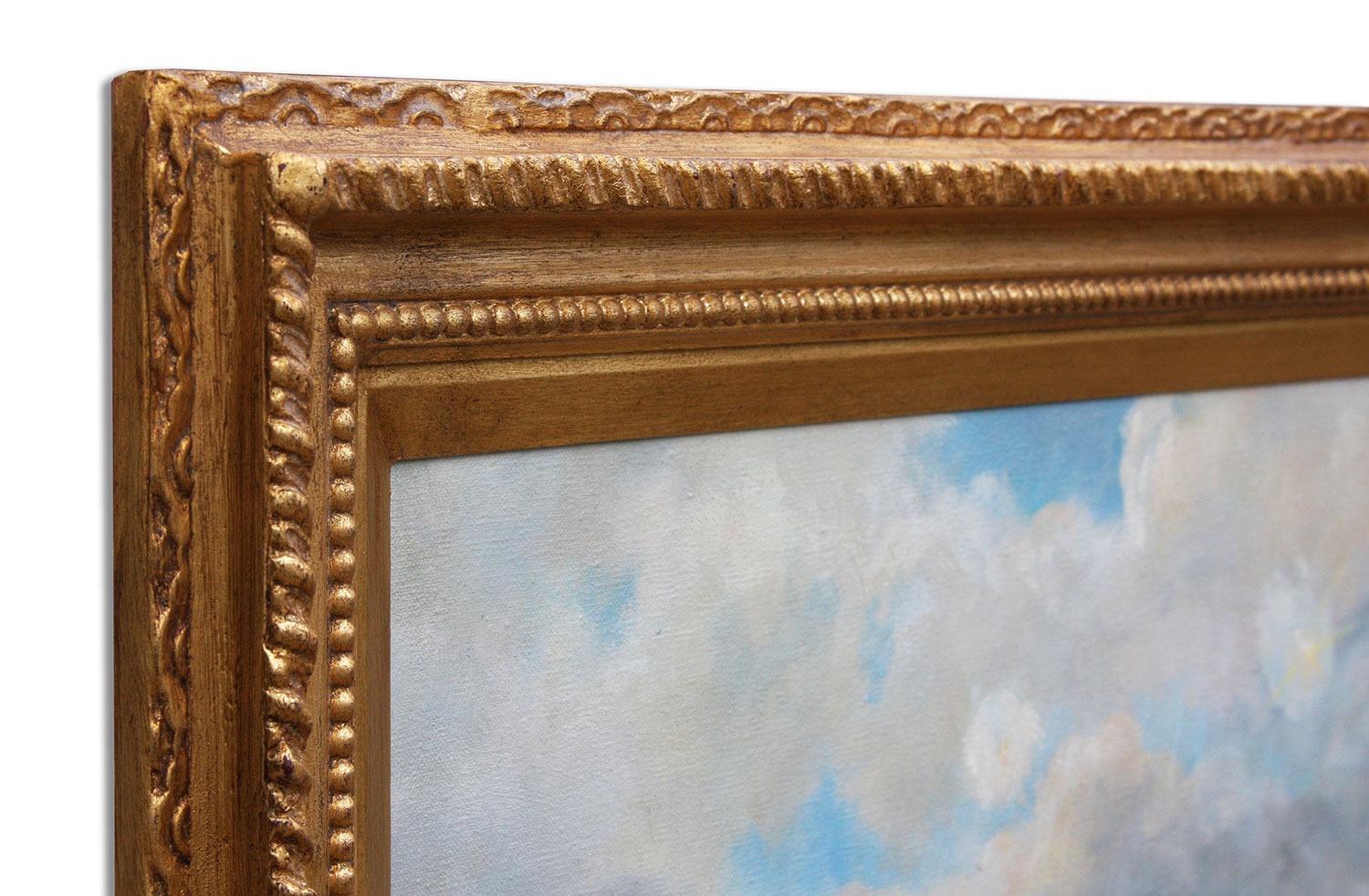