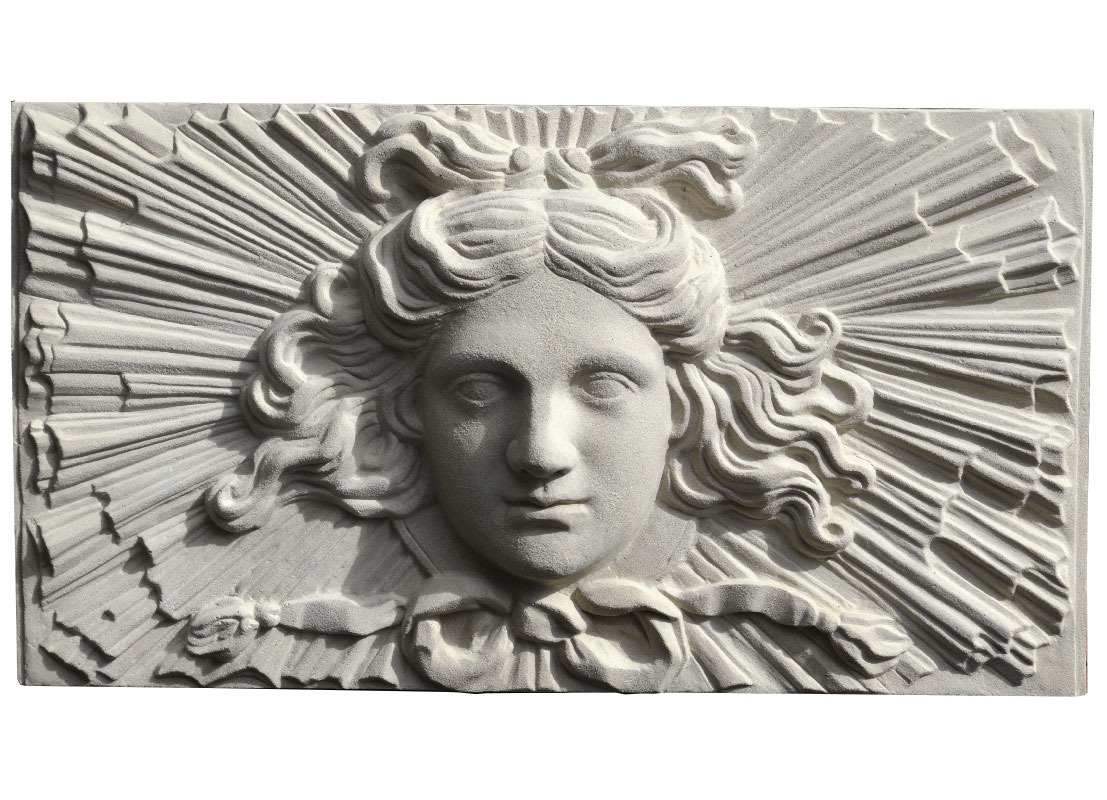 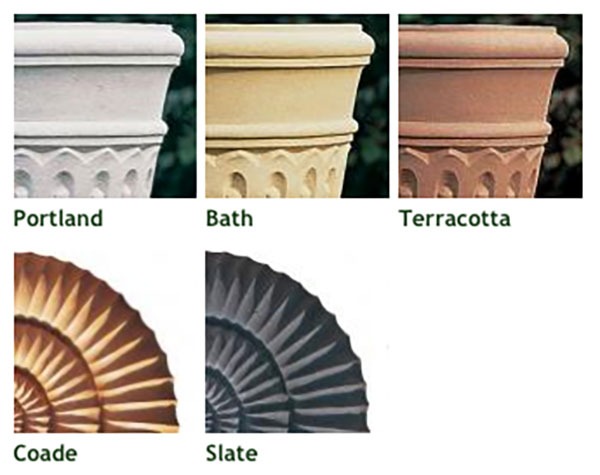 A stone wall plaque depicting the cherubic face of Apollo on a bold relief depicting radiating the sun’s rays. Apollo, the son of Zeus, is one of the most important of the Olympian deities of Greek and Roman mythology, variously recognised as a god of music, truth, prophesy, the sun and light and more. The Apollo sunburst was widely used as a motif by King Louis XIV of France, the Sun King. Louis XIV reigned for more than 72 years from 1643 until his death in 1715, still the longest reign for a monarch of any major European nation.

The original 18th Century plaque is in marble abd overlooks the Monument Court at the Soane Museum.

Made in England by skilled craftsmen using a unique form of wet cast production technique for a smoother finish to meet demanding design criteria. This classical stone statue will mature like natural stone whilst exceeding strength requirements set by the United Kingdom Cast Stone Association.

This item is available to view in our Nettlebed showroom. Upon purchase, a new item will be ordered for you with a production time of around 4-6 weeks.

This item does not include delivery or assembly.