The owl has been ingrained as a symbol of wisdom for hundreds of years, possibly due to its serious look and large, bright eyes that point forward.

Height 28¼ inches
Width at base 12 inches

The owl has been ingrained as a symbol of wisdom for hundreds of years, possibly due to its serious look and large, bright eyes that point forward. Owls may not be as wise as portrayed but they are formidable hunters. The eagle owl has been known in captivity in this country since at least the 17th century and many brought from India during the 19th century. This impressive bird of prey will enhance your graden or guard your entrance well.

Made in England by skilled craftsmen using a unique form of cast limestone with a surface texture similar to Portland stone. This stone sundial will mature like natural stone whilst exceeding strength requirements set by the United Kingdom Cast Stone Association. 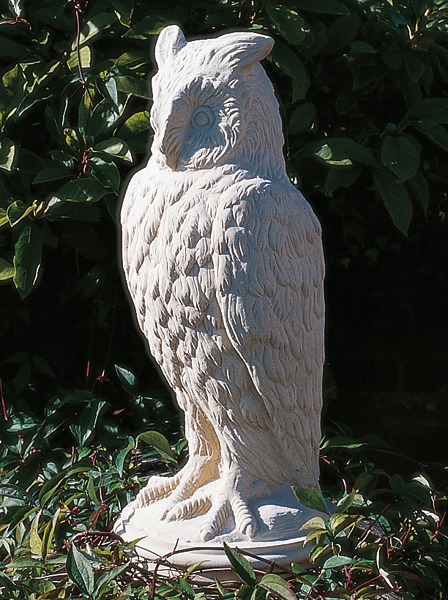