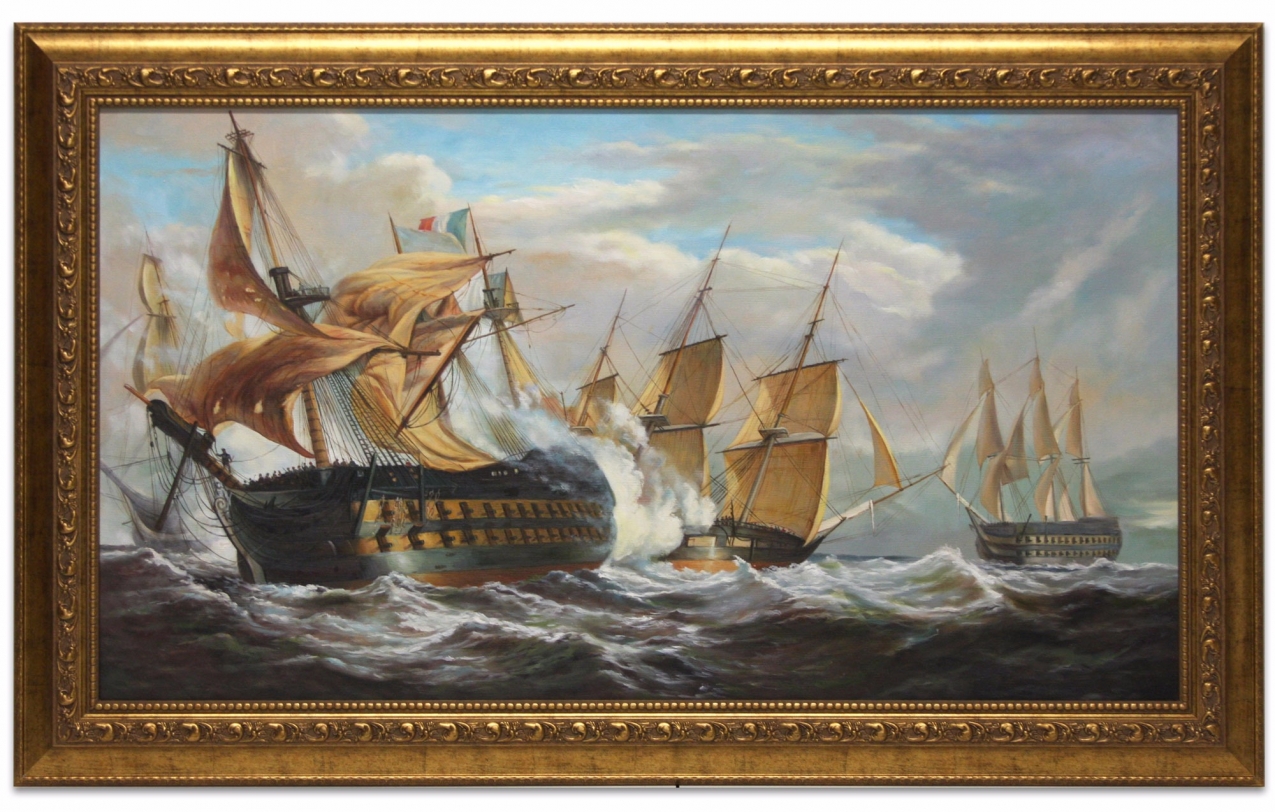 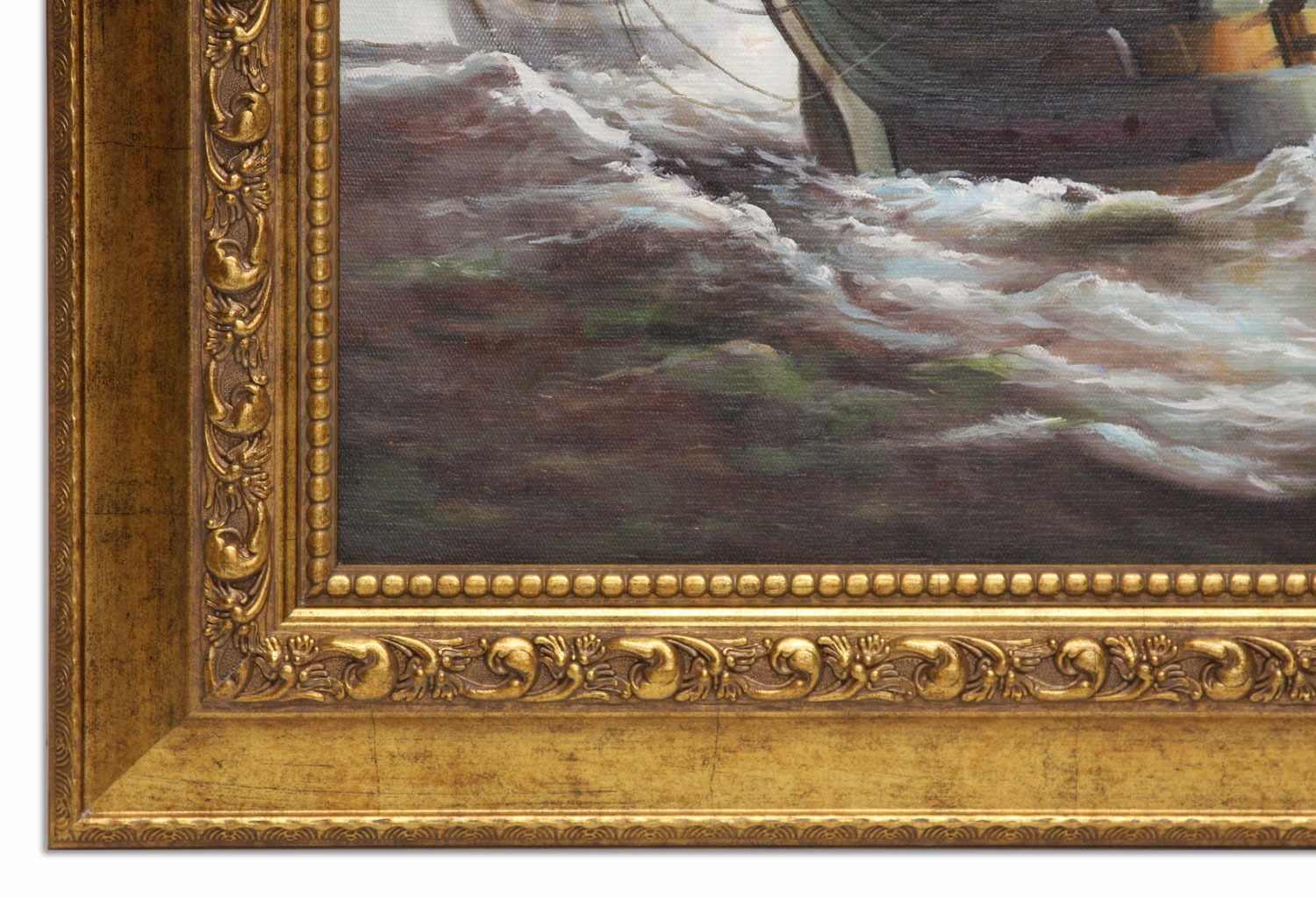 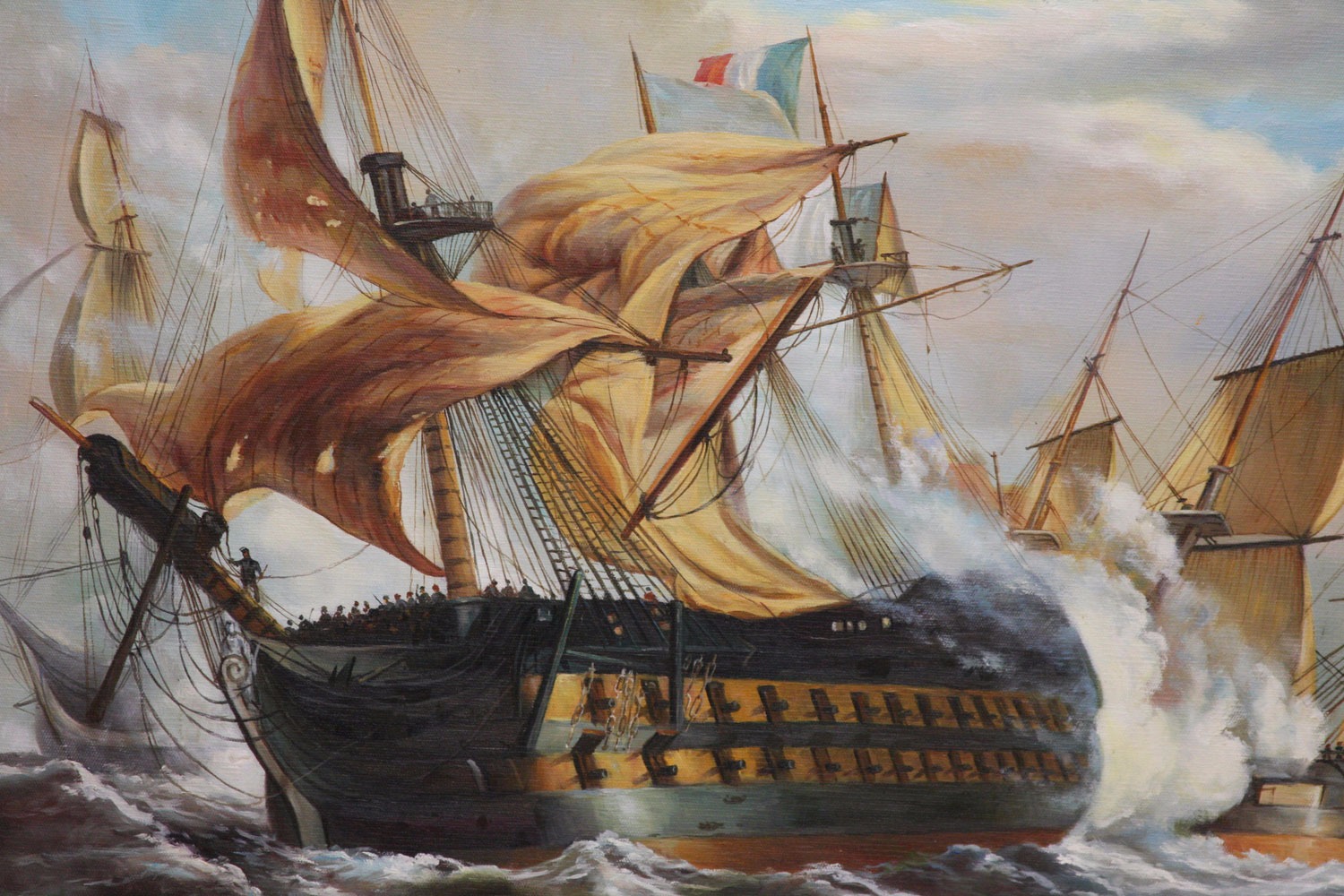 A specially commissioned oil painting on canvas by our principal artist Liu Yingjie, interpreting "The Guillaume Tell in action with HMS Penelope" by John Christian Schetky. The painting is stretched and framed in England.

The original painting's full title is "The Guillaume Tell in action with HMS Penelope, with HMS Lion to starboard and HMS Foudroyant coming up astern, 31st March 1800" and was painted by Schetky in 1834. It depicts the capture, off the coast of Valetta, Malta, of the 80-gun Guillame Tell - the last surviving French ship of the line to escape the Battle of the Nile.  The British squadron comprised the 80-gun Foudroyant, the elderly 74-gun Alexander, 64-gun Lion and the 36-gun Penelope, all supported by the big Minorca. Both Foudroyant and Lion were too battered to provide an effective tow to the dismasted French ship, leaving Penelope to bring the shattered Guillaume Tell into Syracuse, Sicily where is was eventually repaired sufficiently for the journey to Britain, and there was added to the Royal Navy under the name HMS Malta.