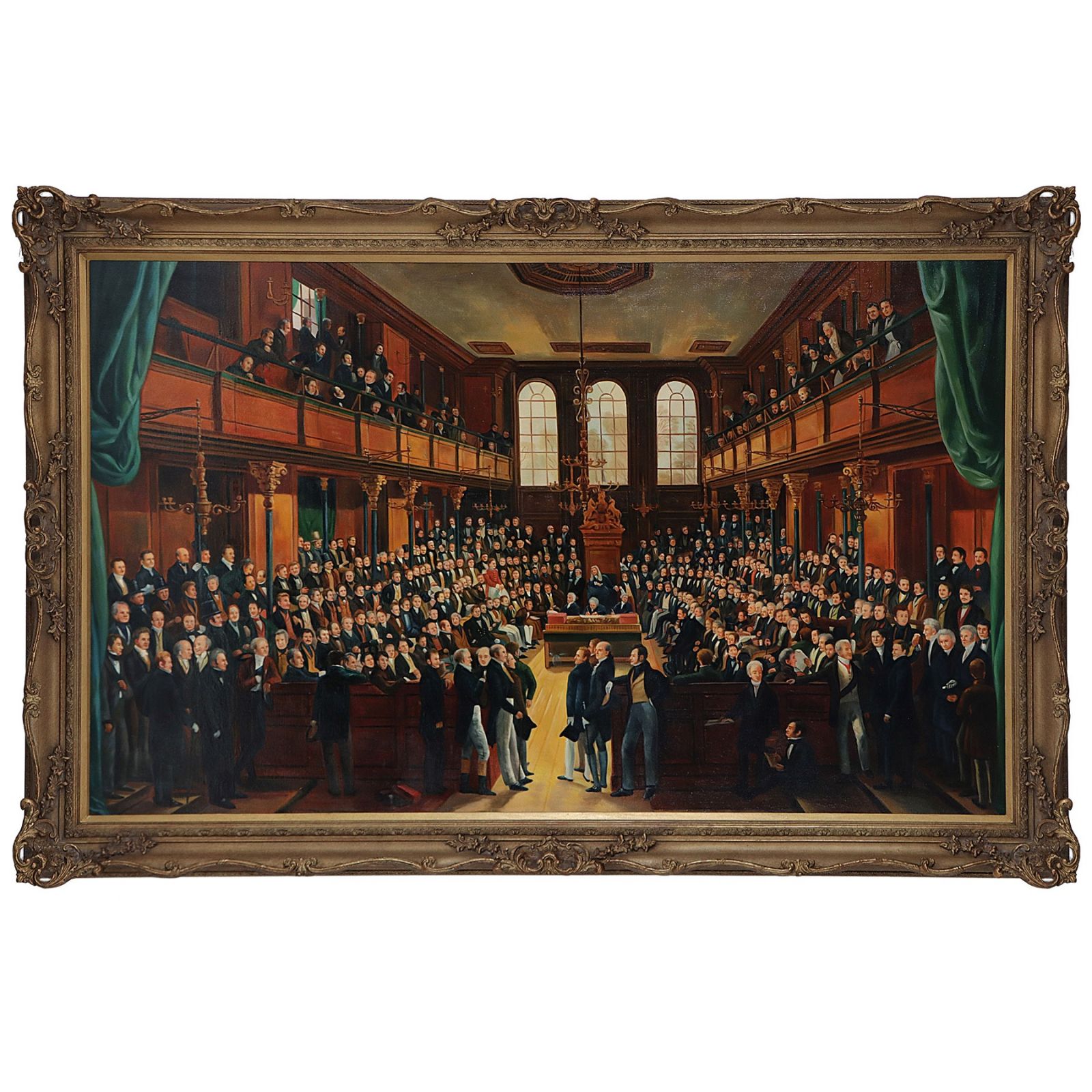 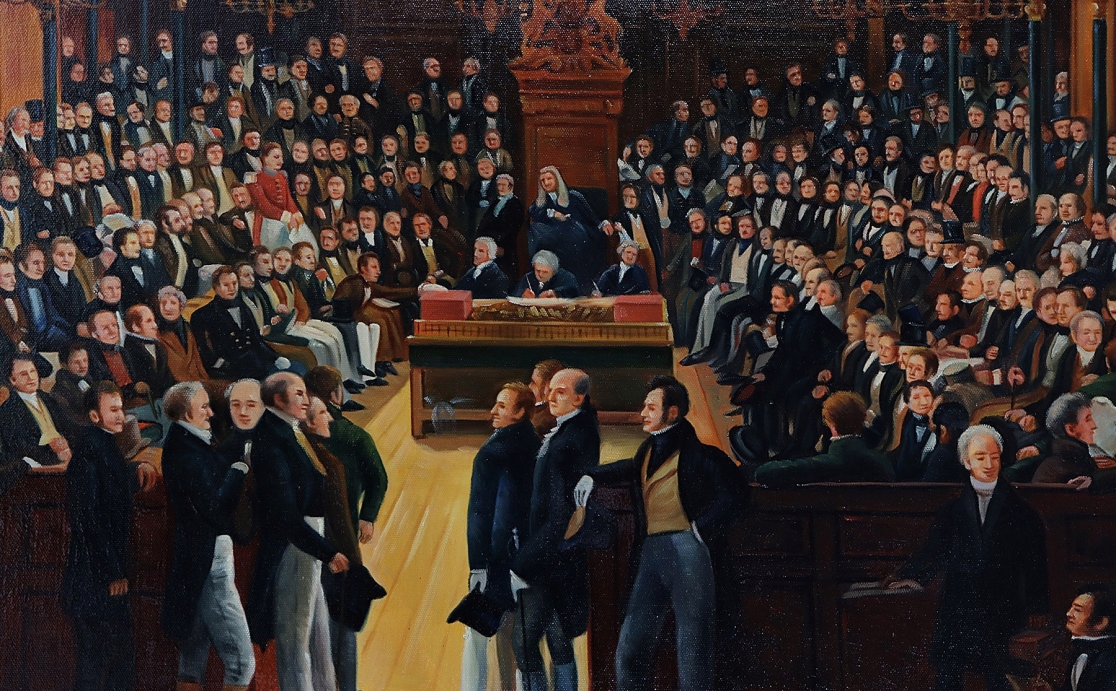 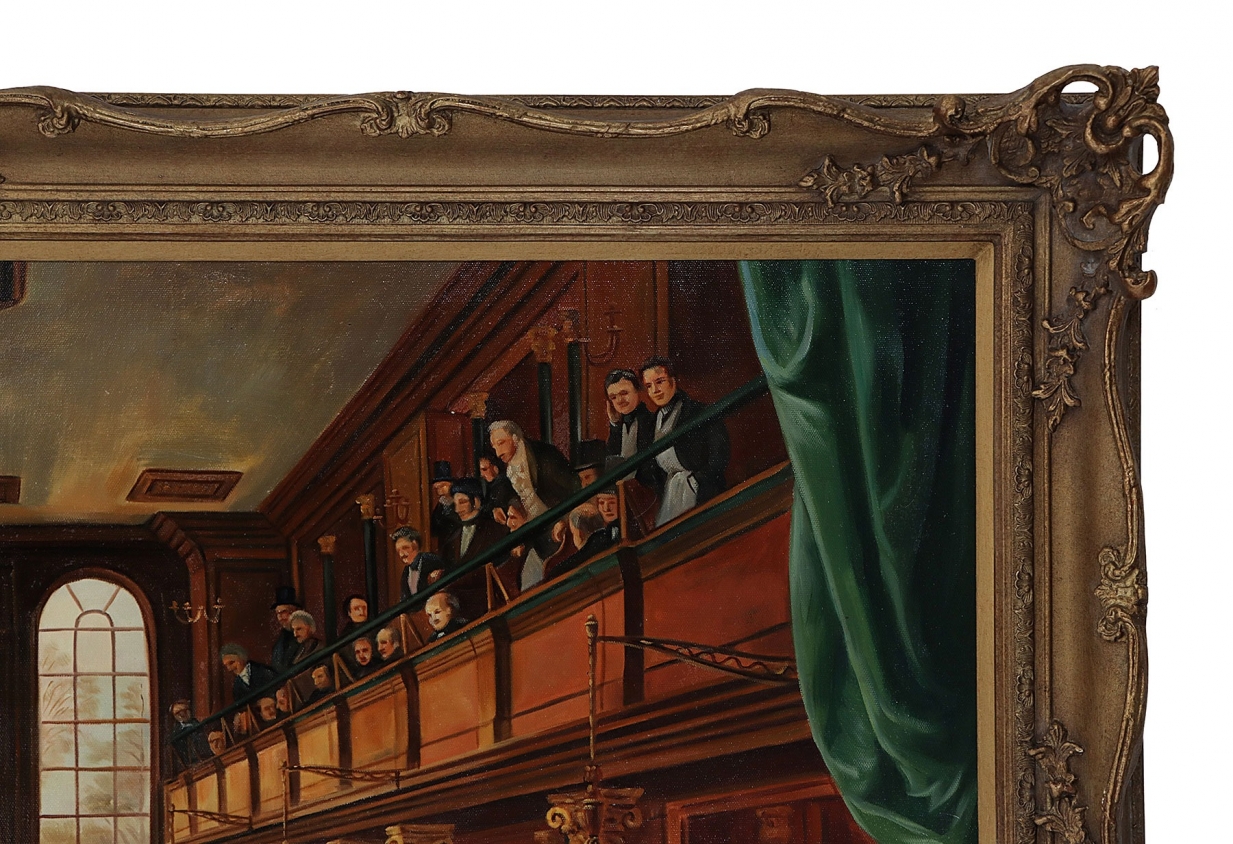 The painting depicts the moving of the address to the Crown on 5th February 1833, at the opening of the first Reformed Parliament in the House of Commons. The figure in red, speaking, is the 2nd Marquess of Breadalbane and the scene includes nearly four hundred identifiable figures, mainly MPs, but with a smattering of important Whig and Tory peers, and a few outsiders.  At the time, Sir George Hayter made it clear that no artist had previously attempted to paint this many portraits in one sitting but believed the effort to be worthwhile in the hope the finished portrait painting would not only be profitable but also increase his reputation and fame.

The original hangs at the National Portrait Gallery, London.

The canvas has been stretched, applied with ageing varnish and mounted in a hand-made English swept frame with light antique patina.