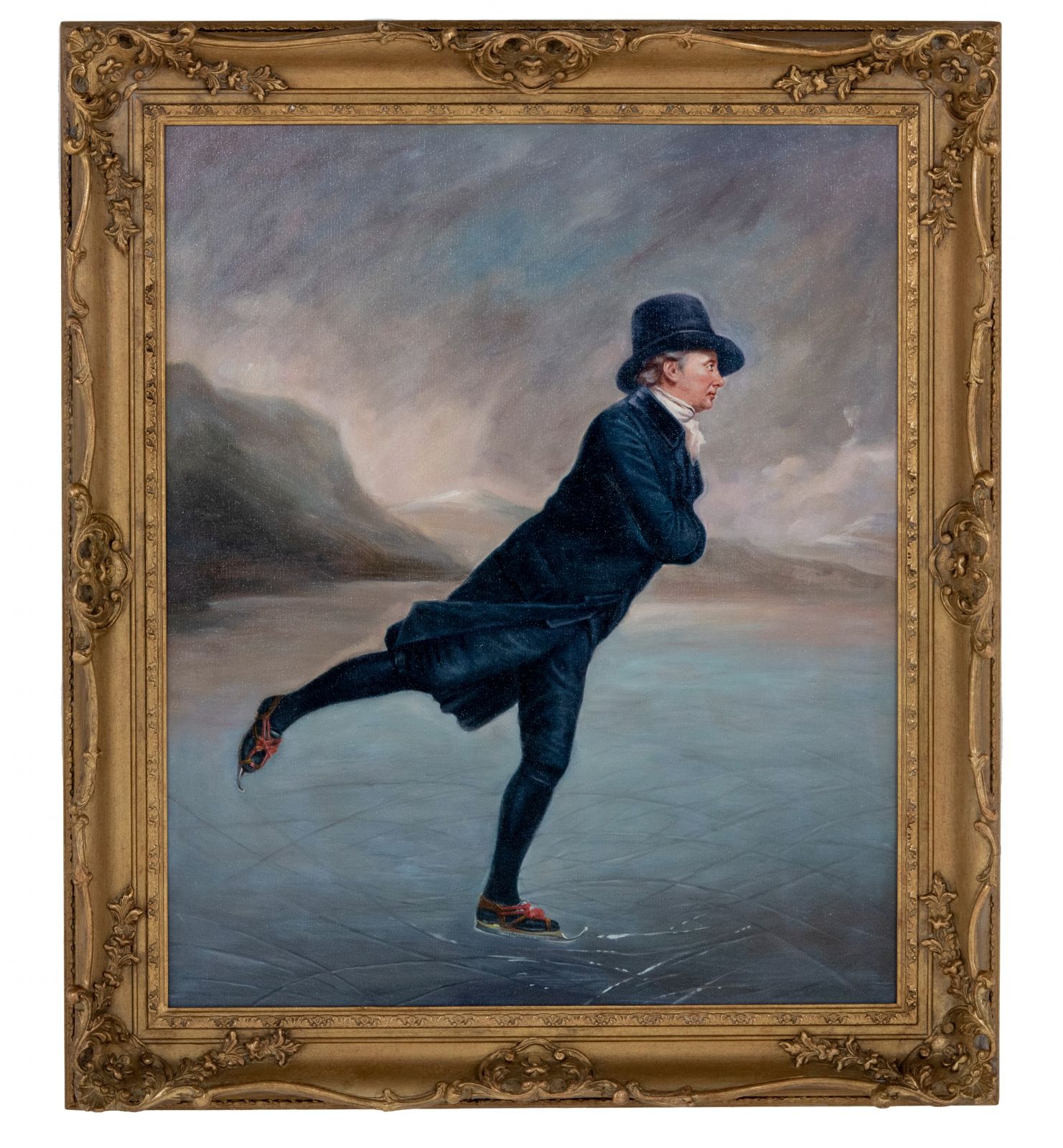 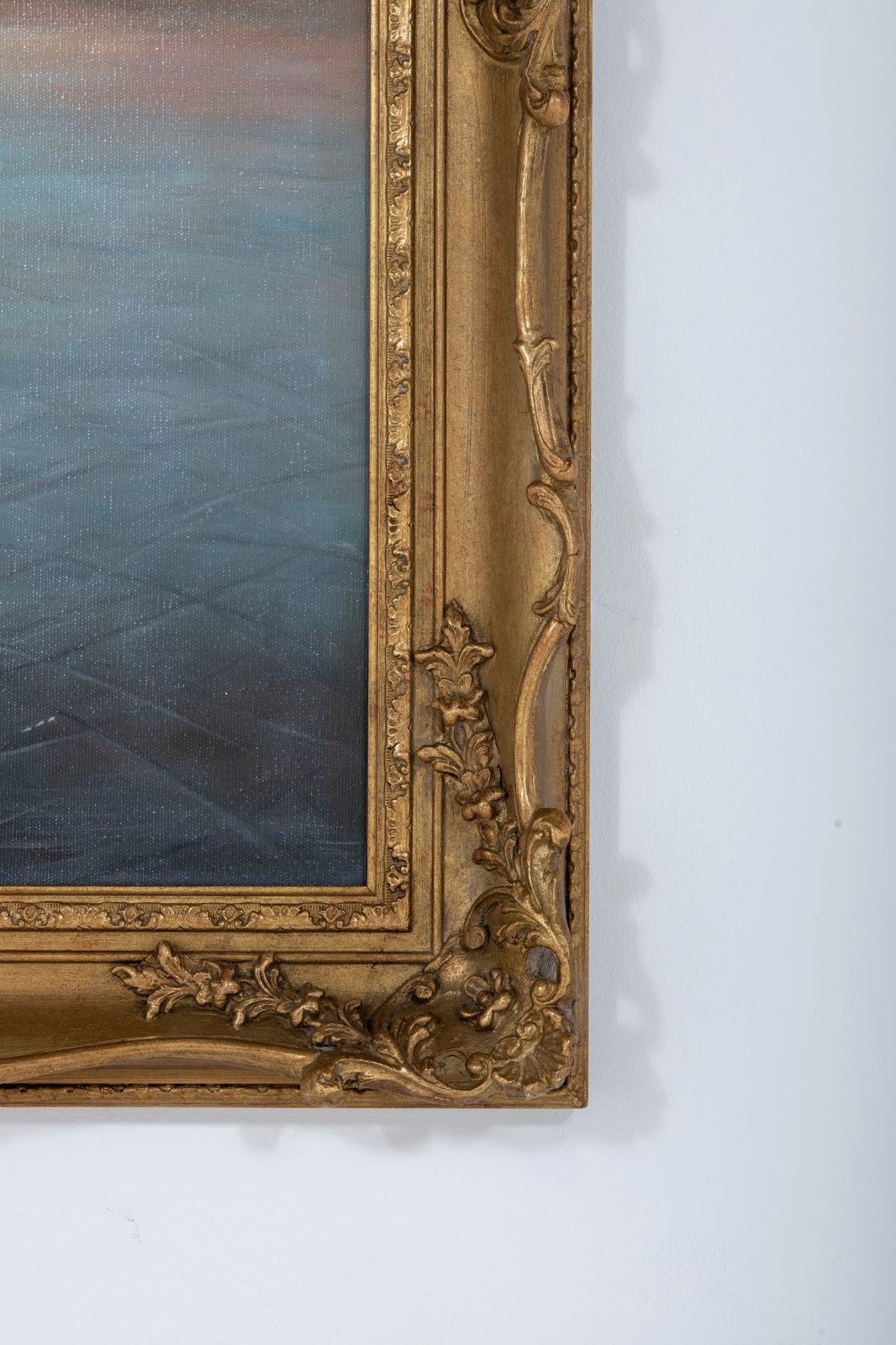 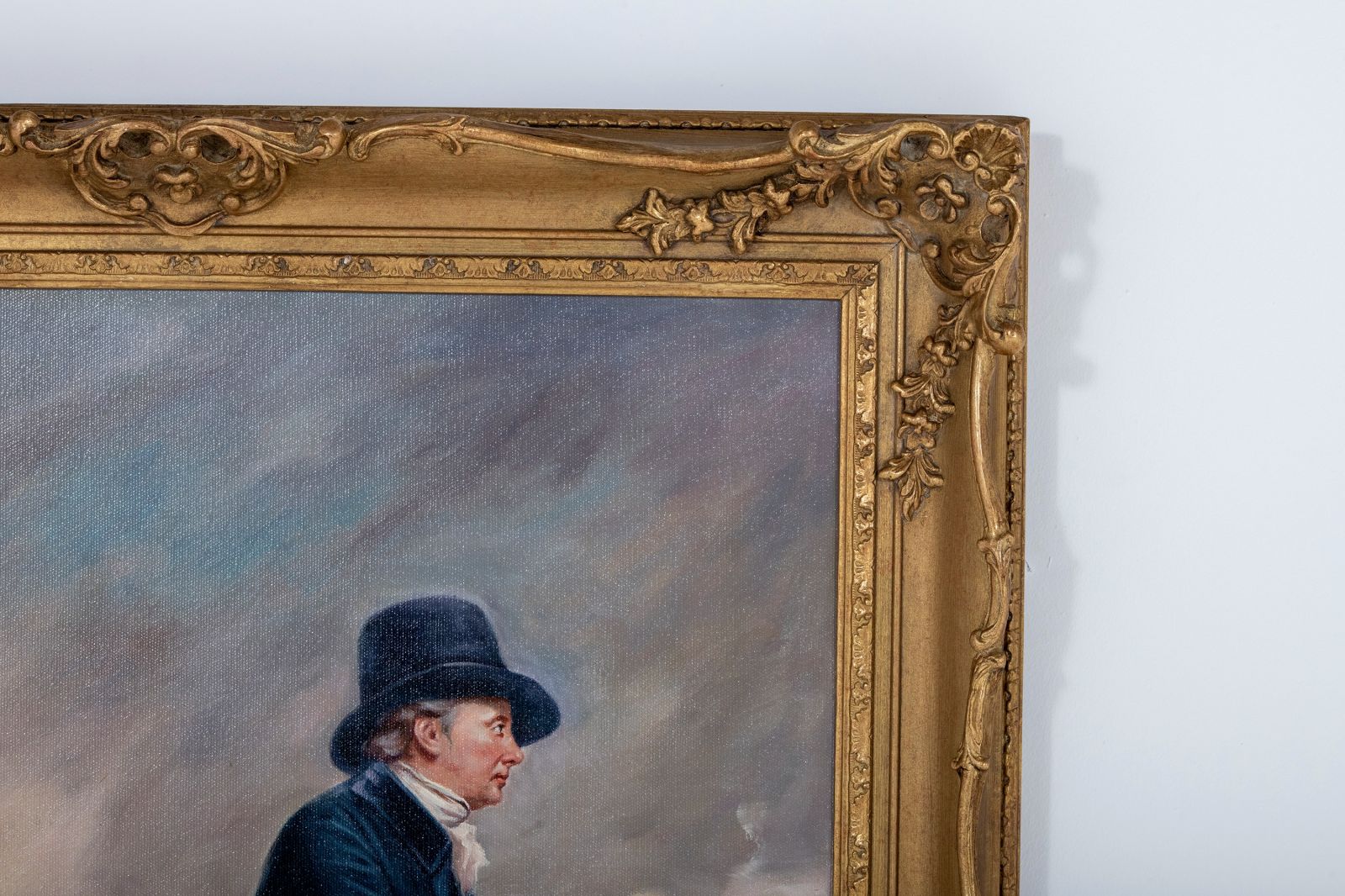 An oil painting on canvas interpreting 'The Skating Minister'

The official title of the original painting is 'Reverend Robert Walker (1755 - 1808) Skating on Duddingston Loch' but is better known by its shortened title. Walker was the minister of the Canongate Kirk and a member of the Edinburgh Skating Society (the oldest of its kind in Britain) which usually met on the frozen lochs of Duddingston or Lochend on the outskirts of Edinburgh. The original was long thought to be by the artist Sir Henry Raeburn but it is unlike any of his other works and recent X-rays have suggested that the lack of lead-white paint under the face (a technique used by Raeburn) confirm it isn't.  It's thought it could have been painted by Henri-Pierre Danloux, who settled in Edinburgh from revolutionary France in the late 18th Century, around the time the painting is thought to be from.

The canvas has been treated with ageing varnish, then stretched and framed in a hand-made 3.5" swept frame with light antique patina.