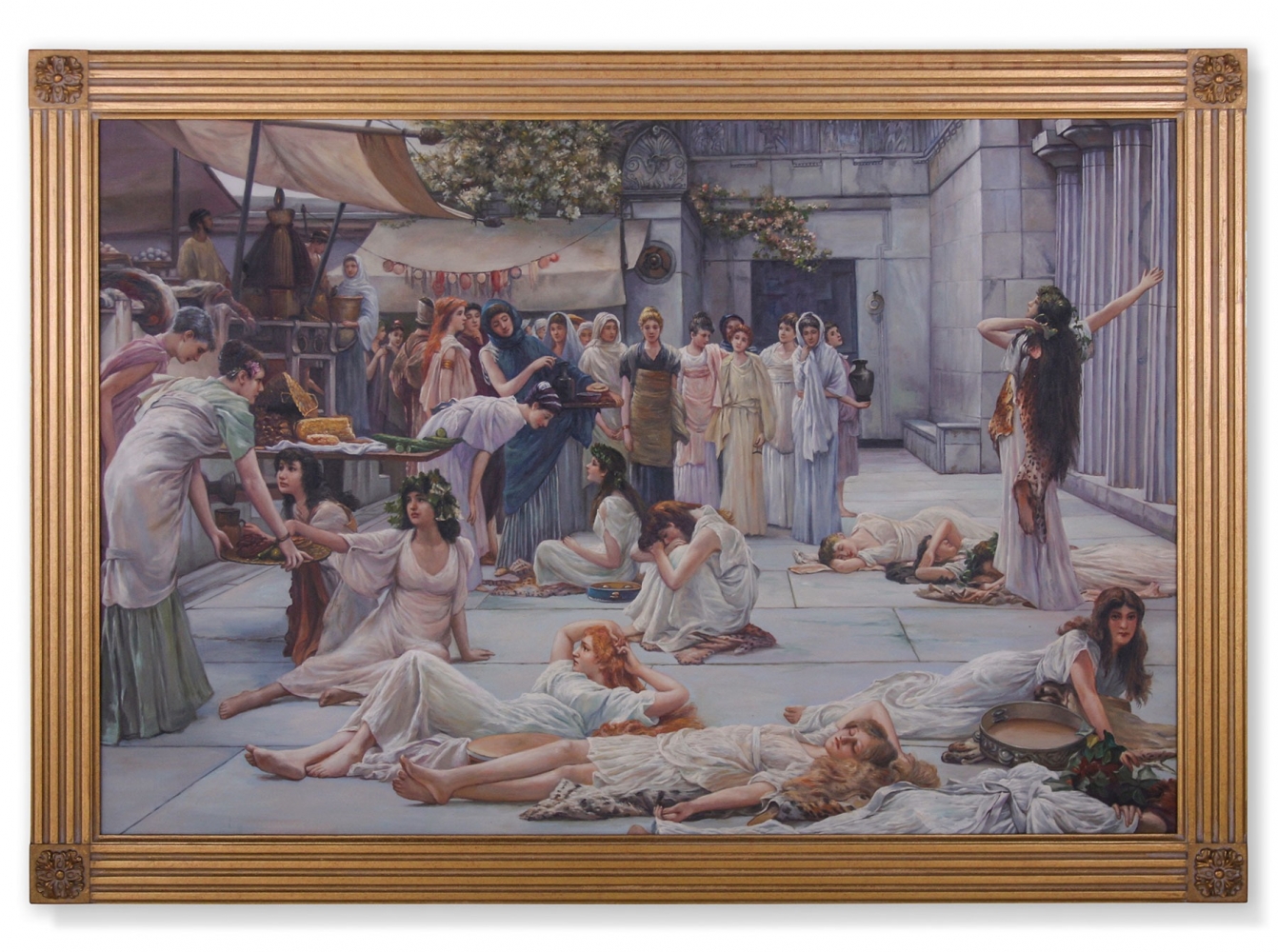 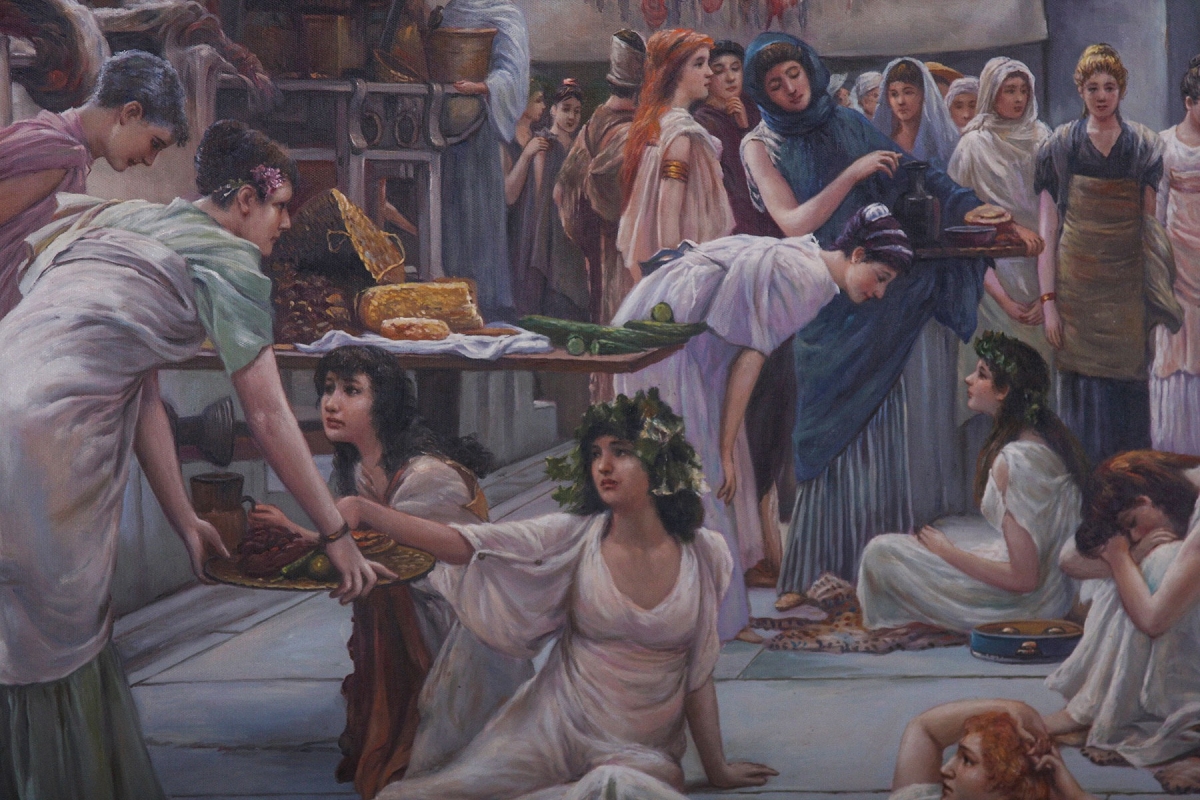 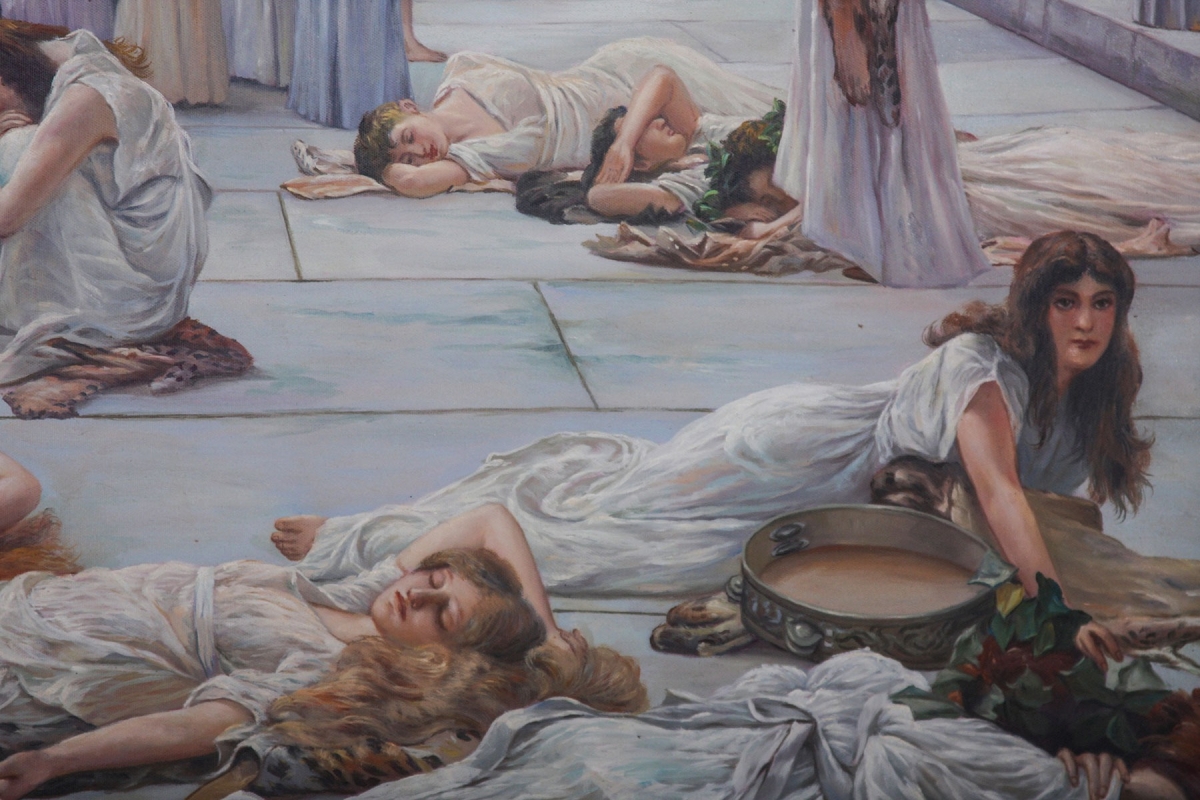 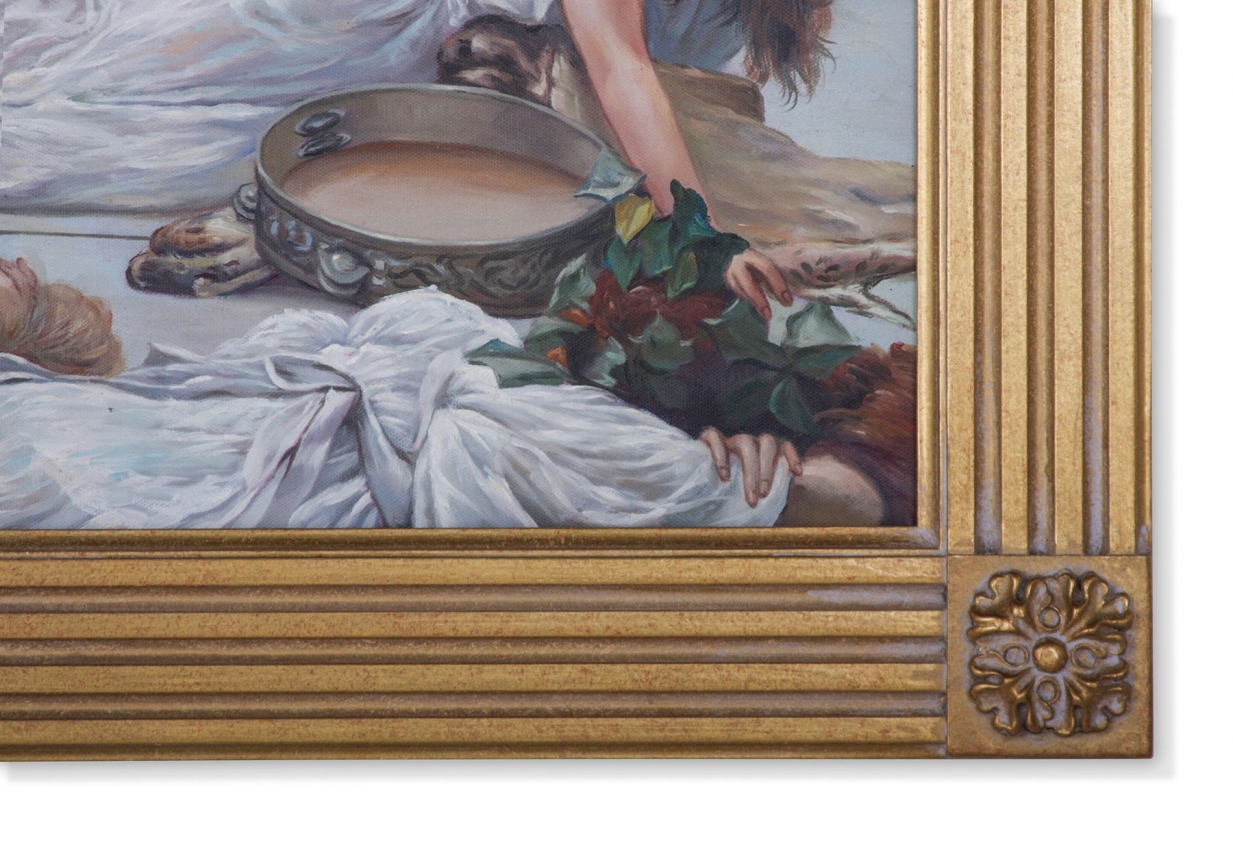 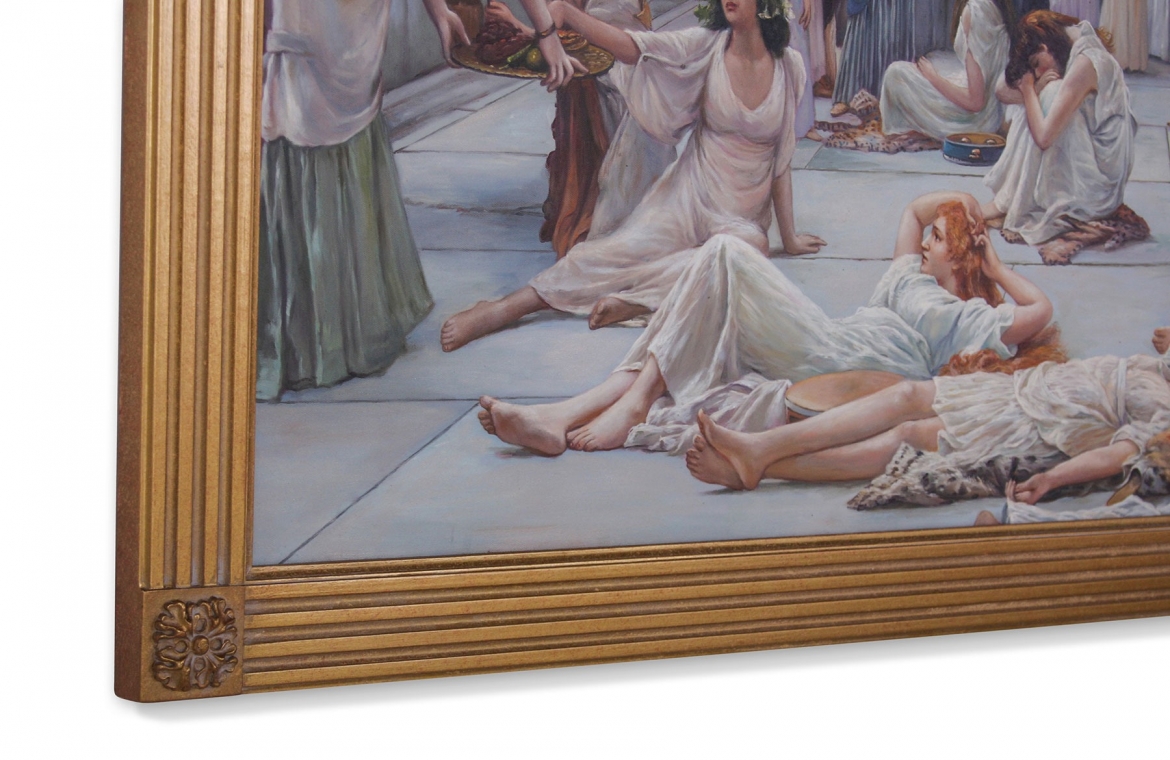 Interpretation of The Women Of Amphissa by Sir Lawrence Alma-Tadema. The original hangs at The Clark Insitute, USA and depicts an obscure story recorded by the first-century Greek writer Plutarch: a group of bacchantes from Phocis awaken after a night of celebrating the rites of Bacchus. They find themselves in the marketplace of Amphissa, a town at war with Phocis. The women of the town have been guarding the sleeping revelers, protecting them from attack by soldiers. Characteristic of Victorian fascination with languorous women in ancient dress, the painting was awarded the Gold Medal of Honor when it was exhibited at the Universal Exposition of Paris in 1889.