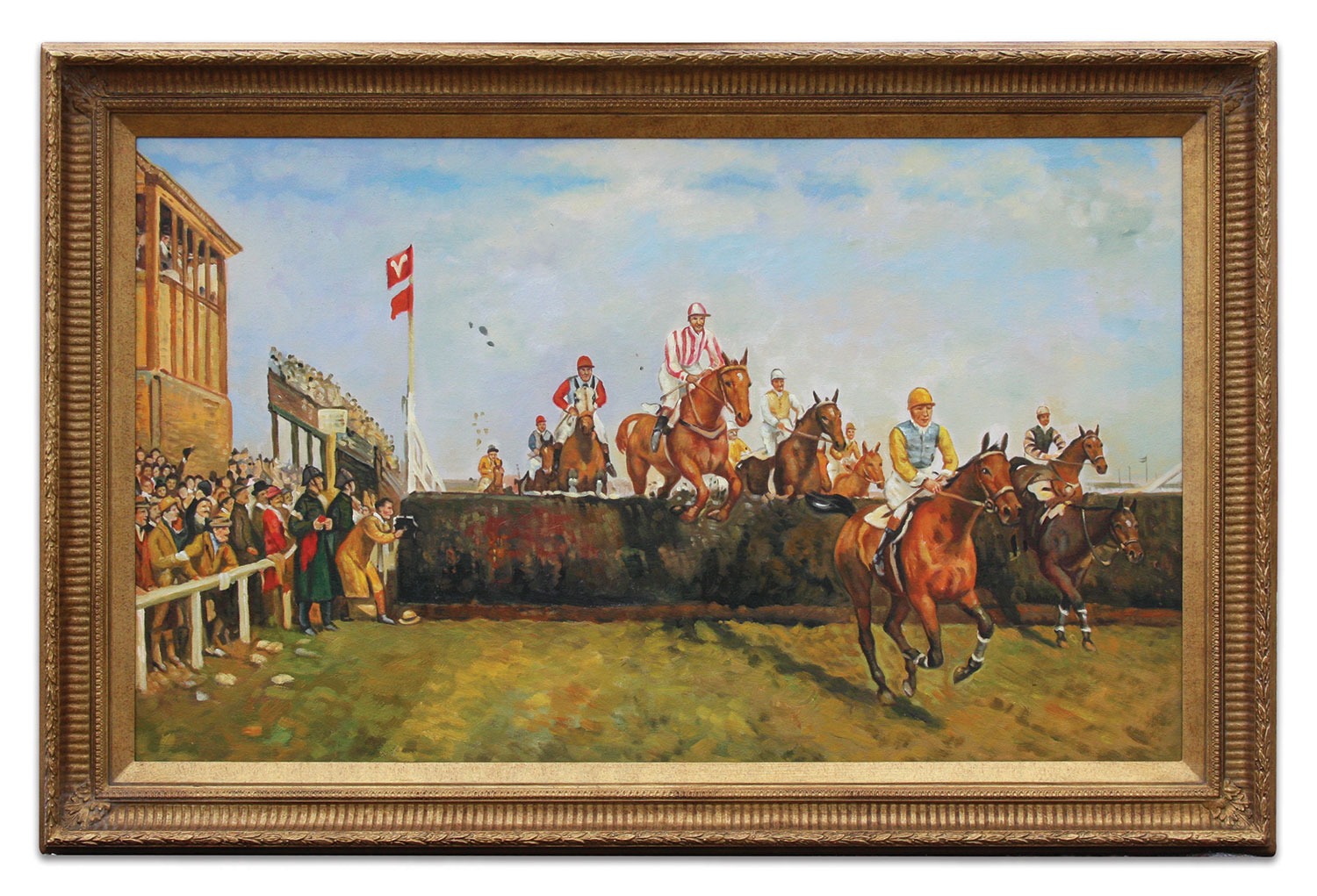 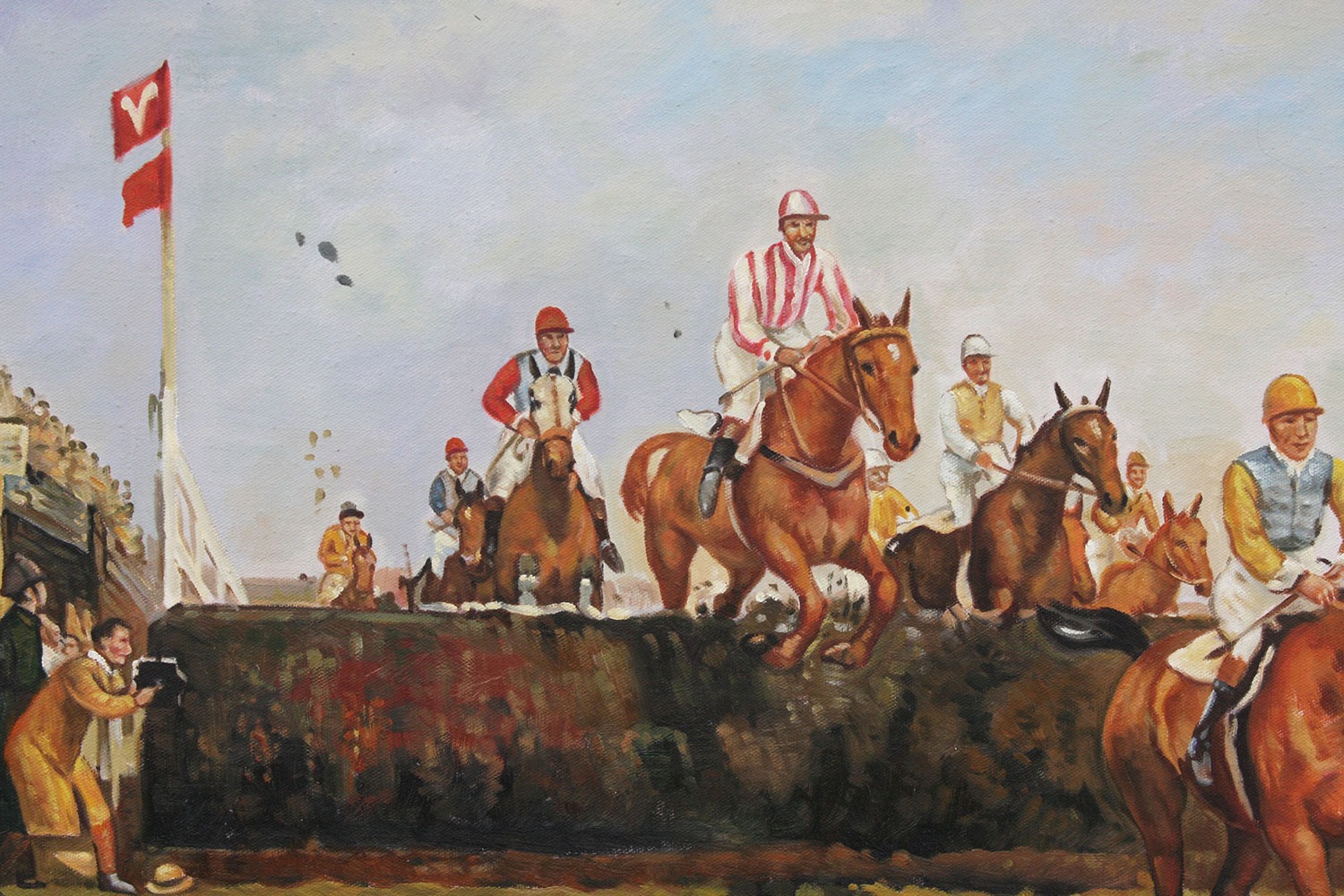 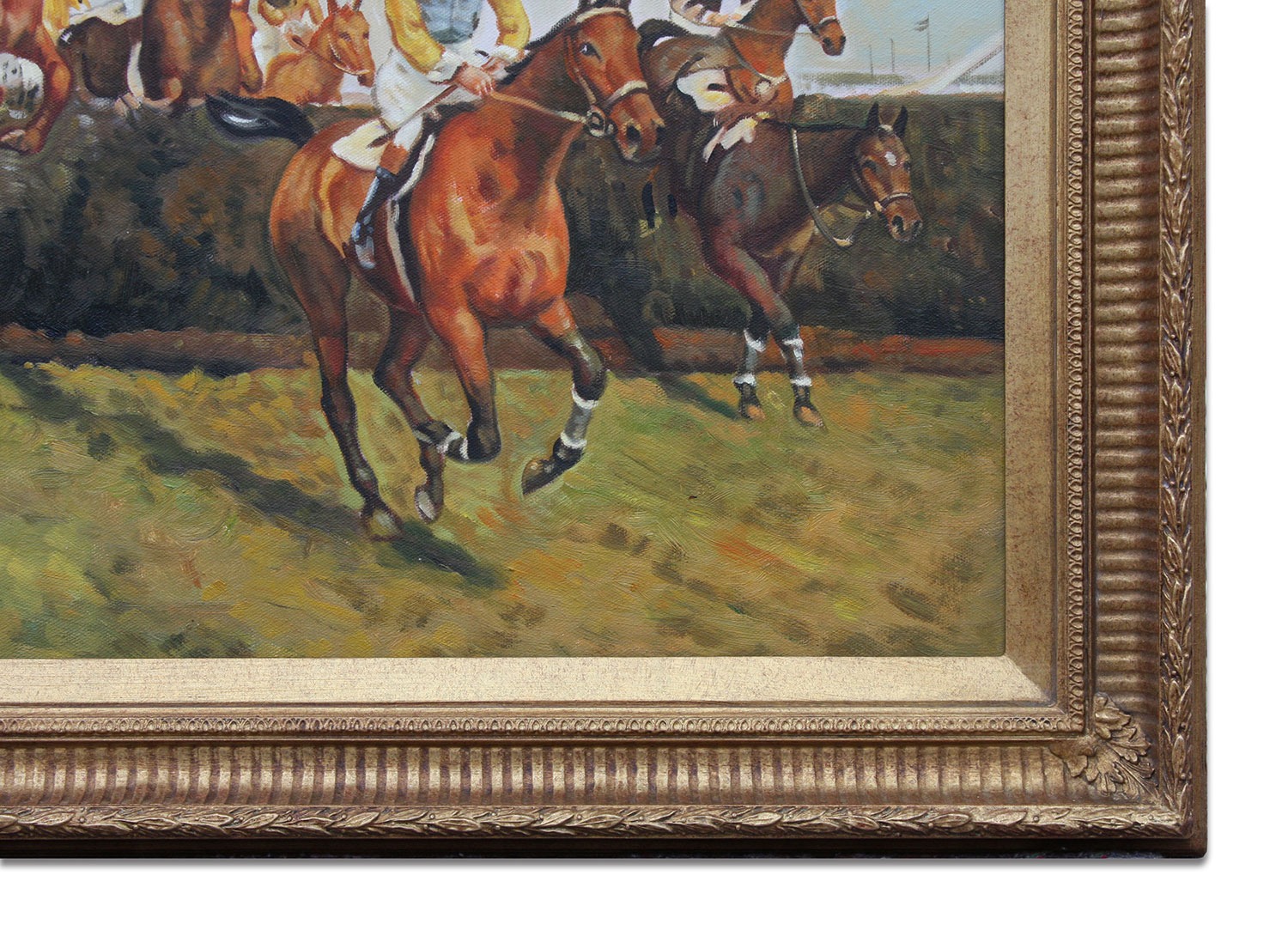 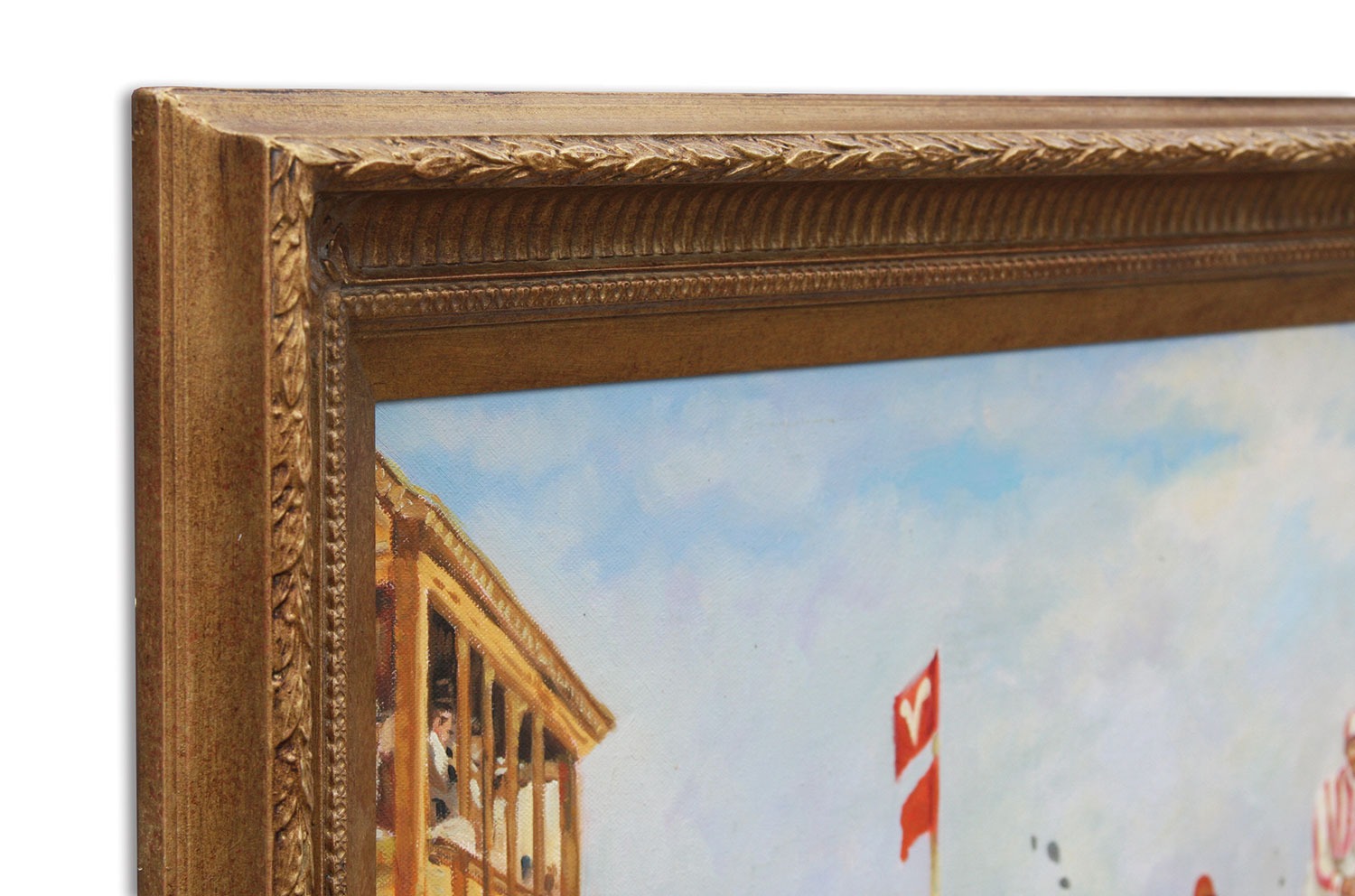 A specially commissioned oil painting on canvas in the manner of The Grand National Steeplechase: Valentine's Jump by John Sanderson Wells.

John Sanderson-Wells (1872-1955) was a British artists, specialising in equestrian subjects and portraits and this scene depicts the famous national Hunt horse race held annually at Aintree Racecourse in Liverpool, England. Valentine's Brook was named following an event in 1840 when a debut horse, "Valentine" is said to have cleared the jump with its hind legs first after losing his momentum. Valentine went on to finish third.

The painting has been stretched and mounted in a hand made fluted 3.5" frame with light antique patina.