The original 1870 painting was created around the height of the enormous craze for Japanese objects in France during the second half of the nineteenth century, known as 'Japanisme'.  This followed Japan being forced to open its ports to foreign trade in 1854, by Commodore Perry of the United States Navy after nearly 250 years of isolation. Exotic objects and textiles such as embroidered silk kimonos, Japanese dolls, folding screens and porcelains started to be exported.

James Tissot had a renowned collection of Japanese objects which he used, combined with figures, in several works of art.  His Parisian studio became known as a landmark for visitors and gained him several art commissions.

The canvas has been stretched and mounted in a reeded moulding, with a custom black edge. 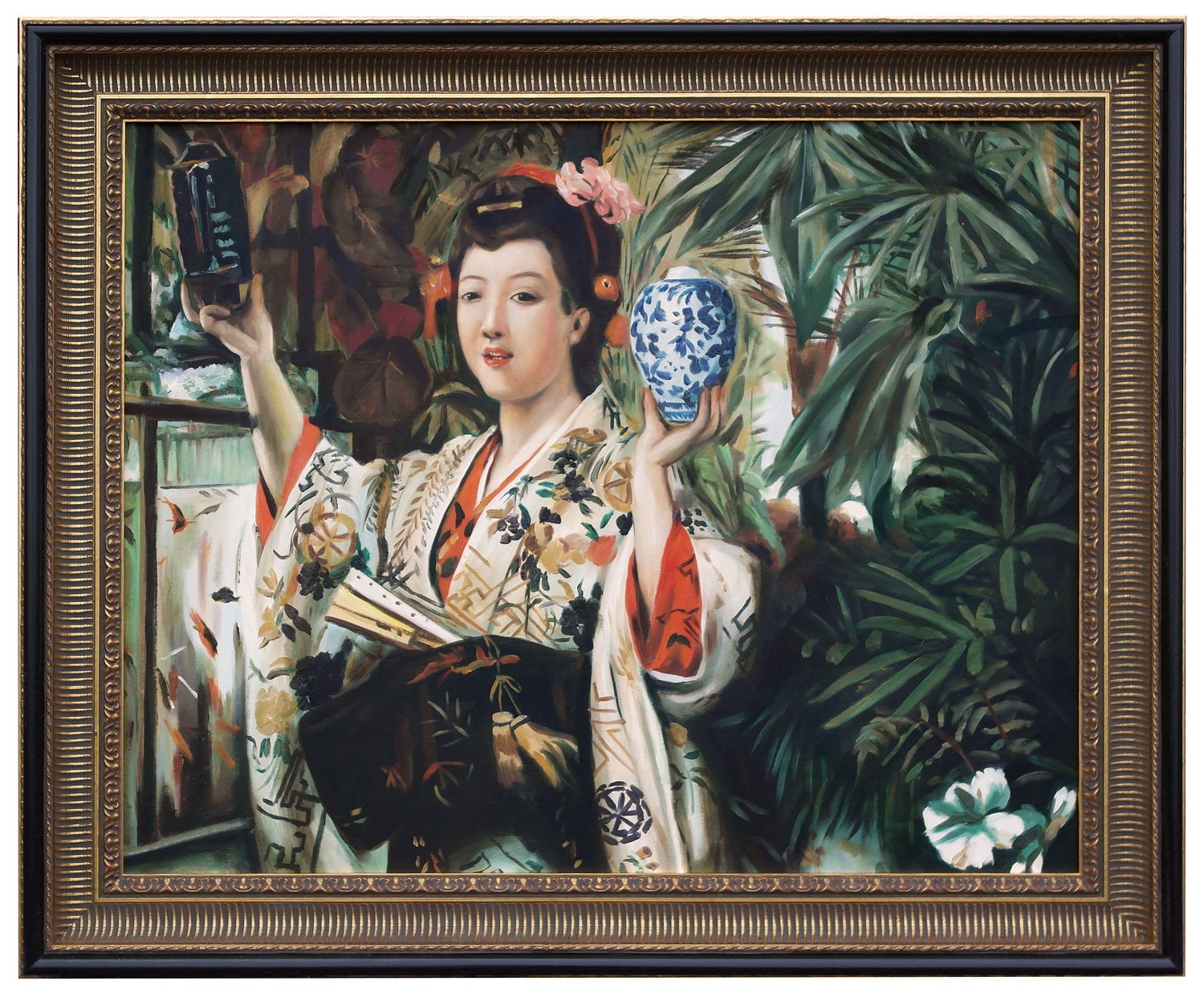 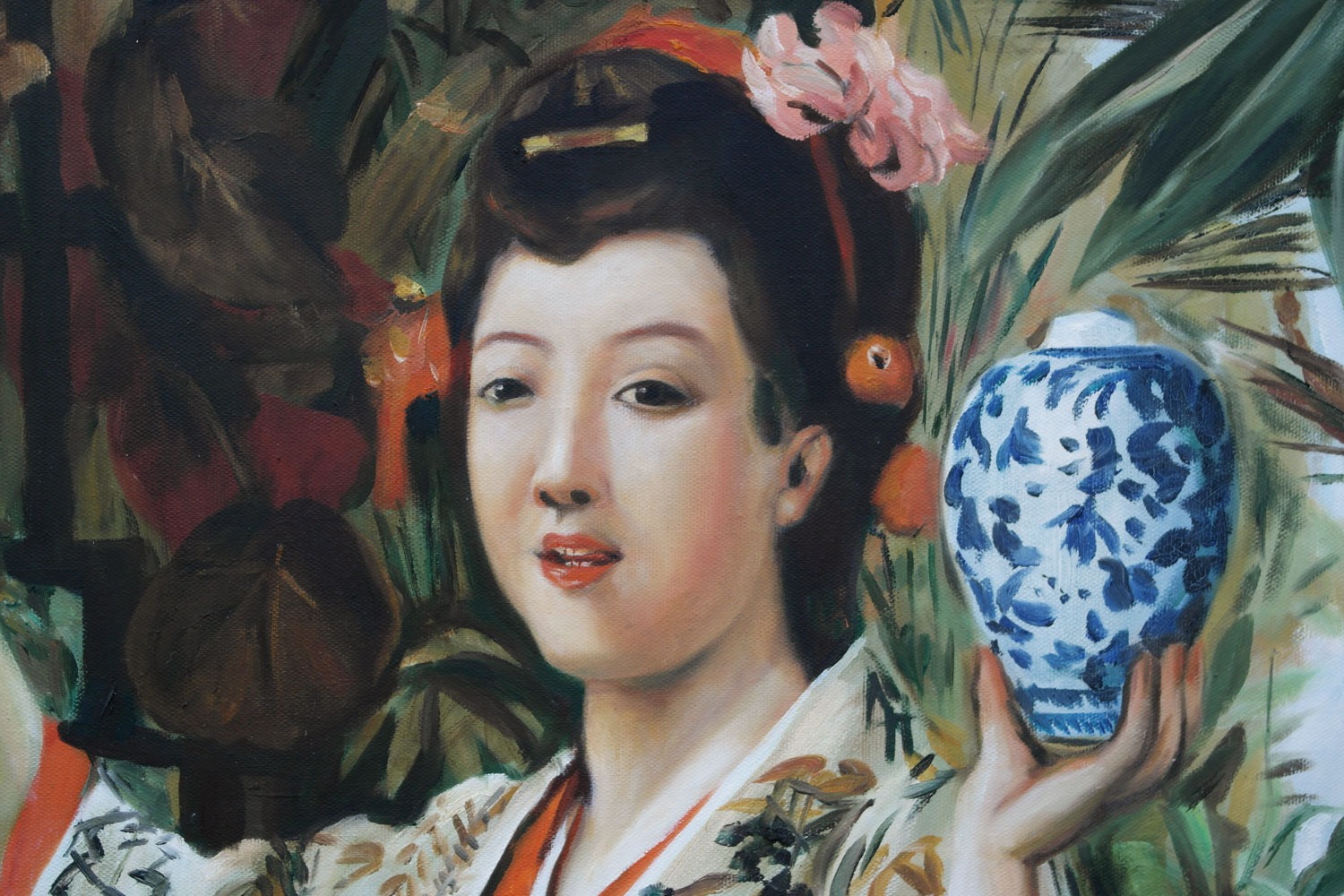 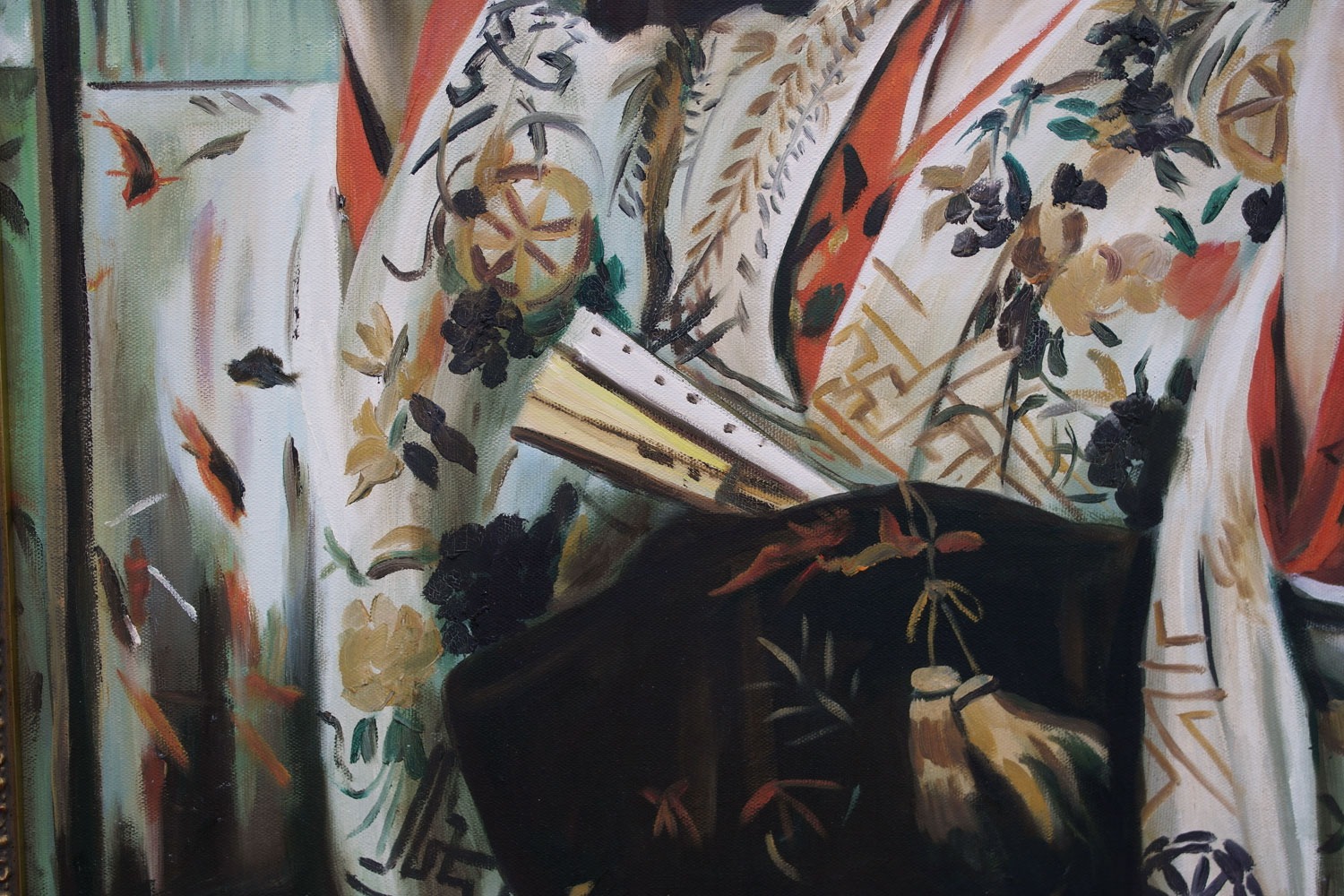 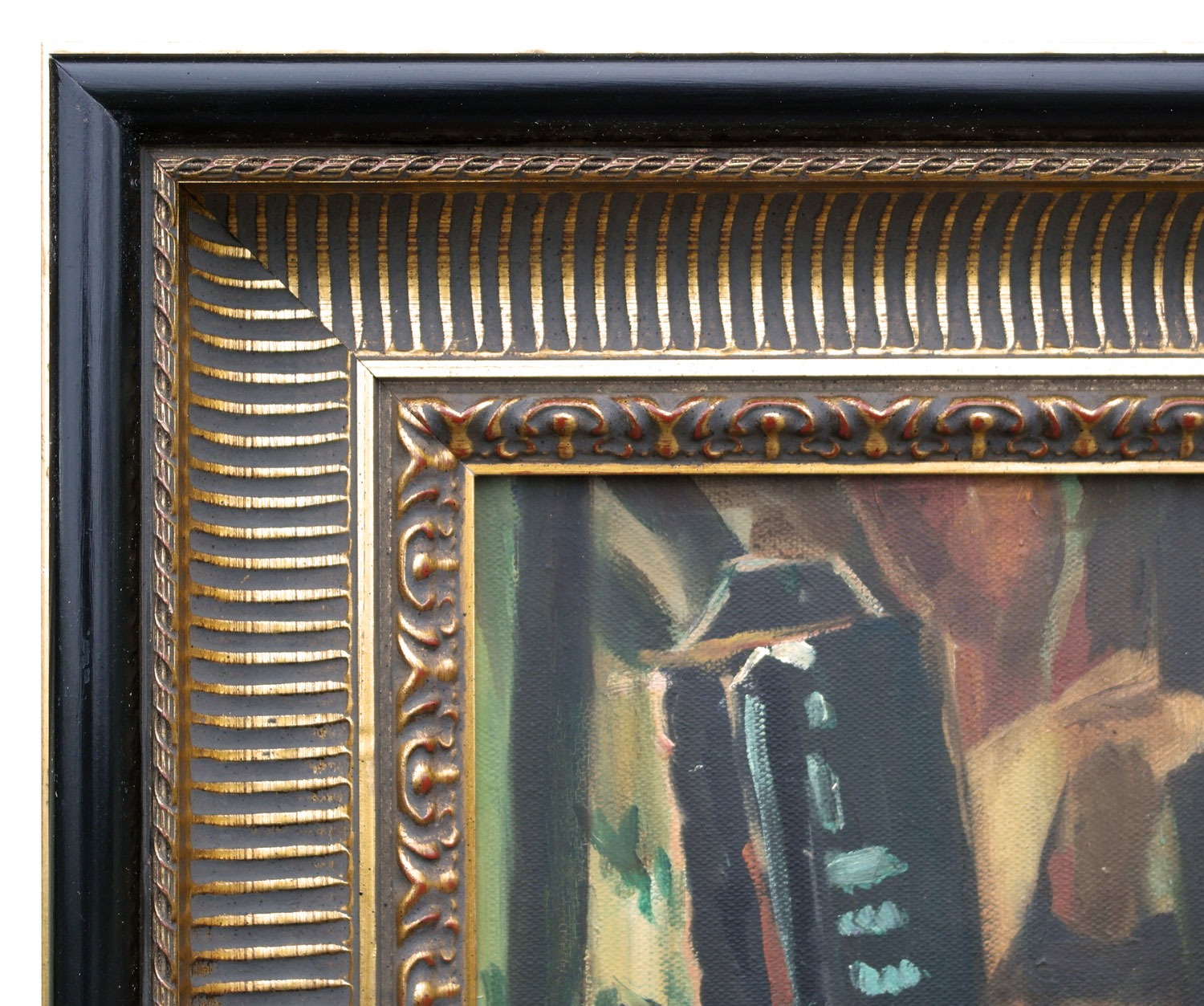 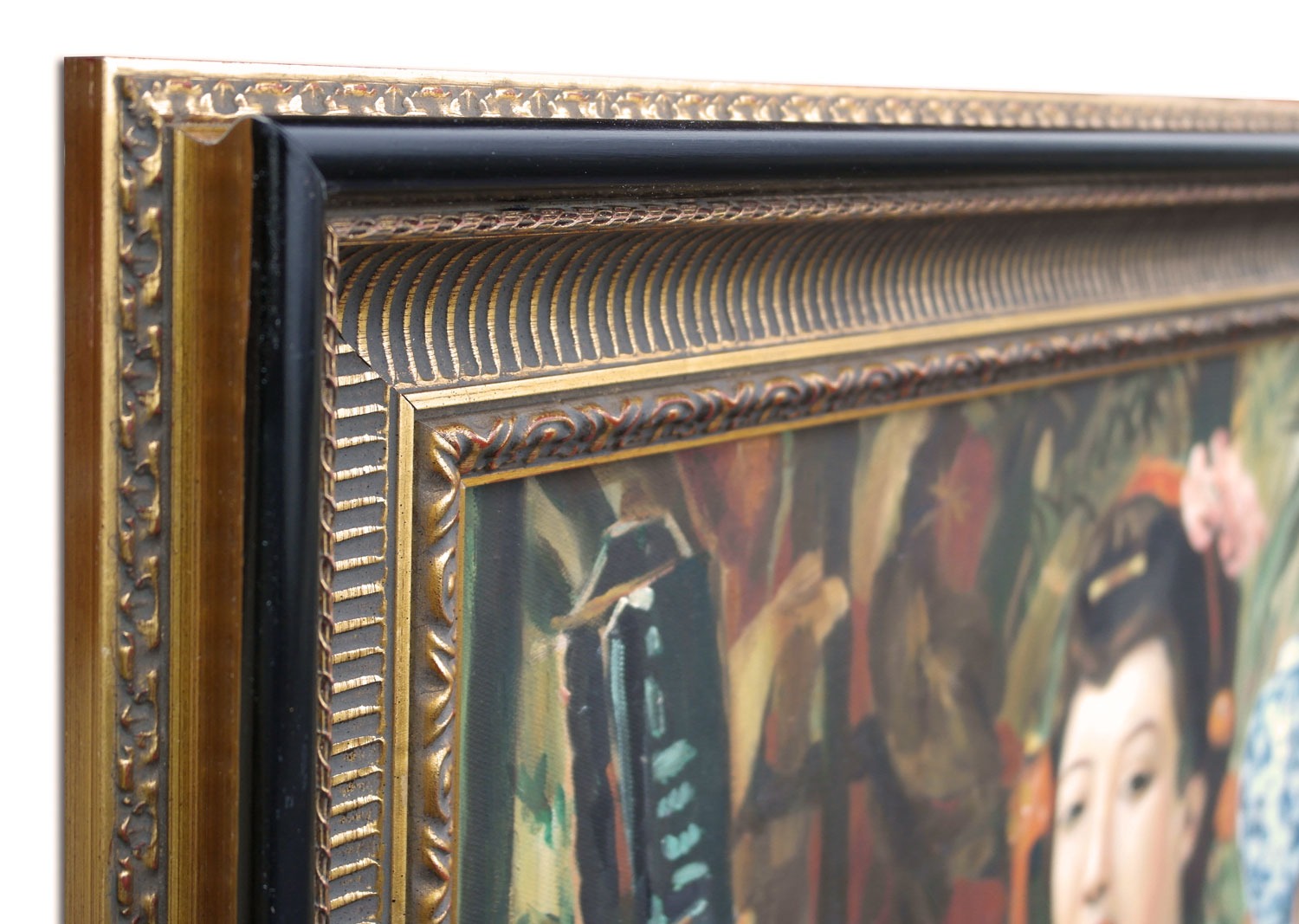