You are viewing 2 options/related products 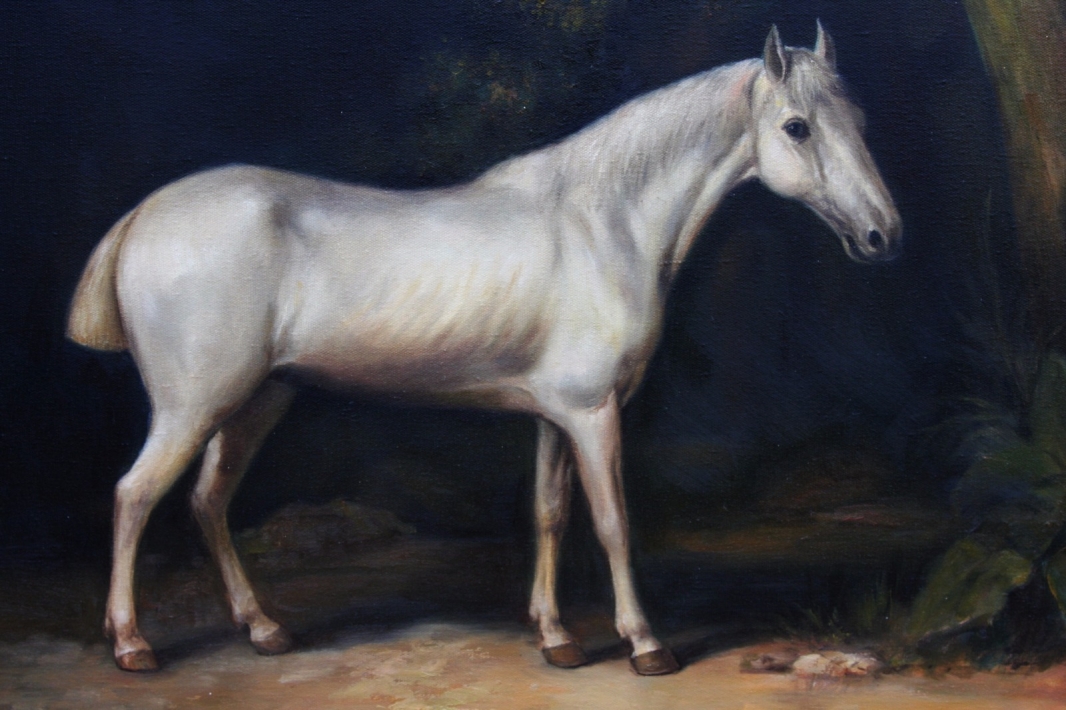 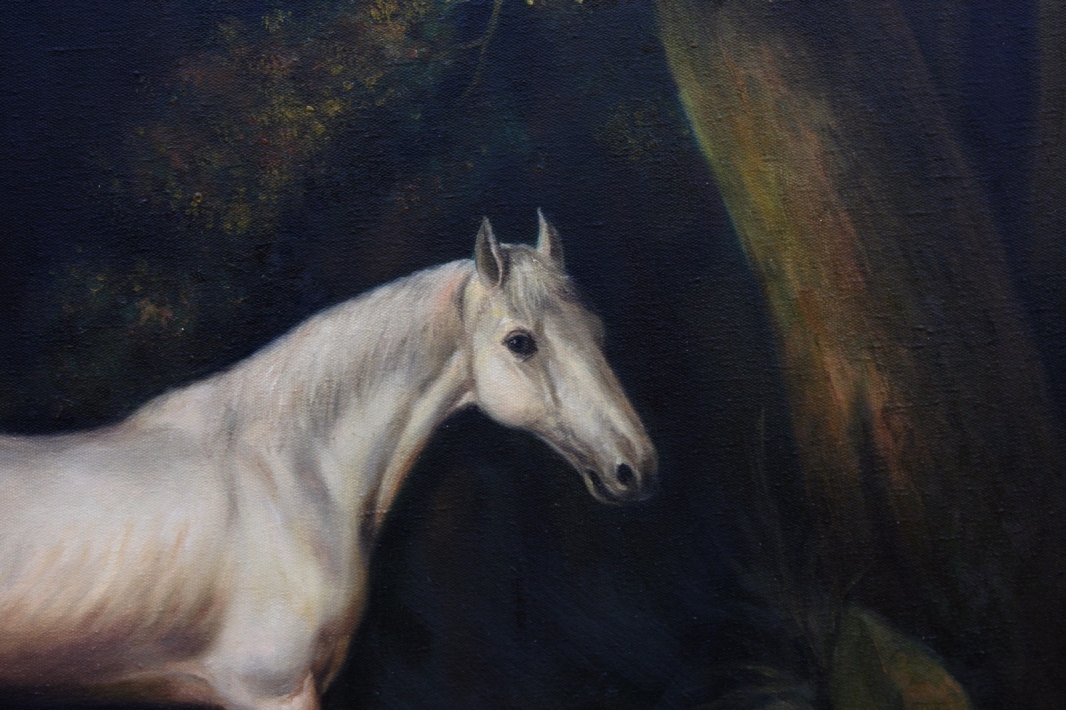 This item has 2 further options/related products

An interpretation of Horse in the Shade of a Wood by George Stubbs, the original circa 1780.

The painting shows a grey stallion in a landscape and would have been commissioned by a patron as a portrait of his horse, although the names of the animal and its owner are now unknown. Stubbs's earlier works usually depicted horses with a groom, jockey or owner, whereas his paintings of the 1780s and 1790s often showed a single animal in a landscape.