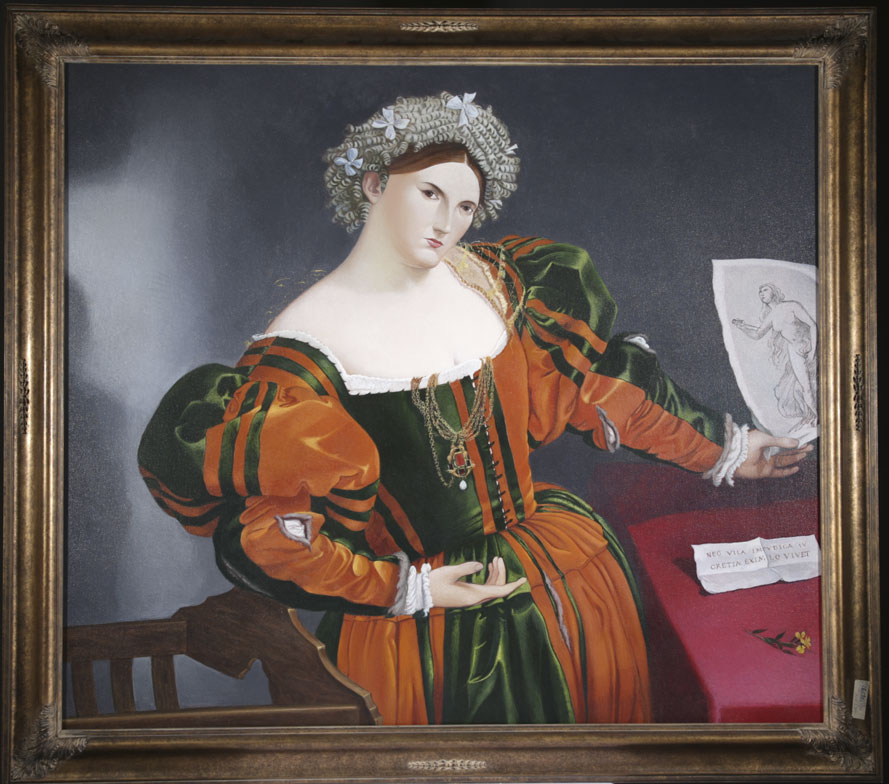 Portrait of lady as Lucretia after Lorenzo Lotto. The original was painted c. 1530, by the 'bohemian' Lorenzo Lotto, whose approaches to painting were considered contraversial at the time. The sitter has not been identified, but we are led to believe her name is Lucretia, from the allusions to the Roman Legend of the 'Rape of Lucretia', such as the text Nec ulla impudica Lucretiae exemplo vivet (No woman survives dishonour, Lucretia sets the example), and the drawing of a figure with a dagger pointed inwards to it's heart. If Lotto's 'contemporary' Lucretia looks skeptical of the suicide, then our interpreteation looks pointedly against it. Understandably.